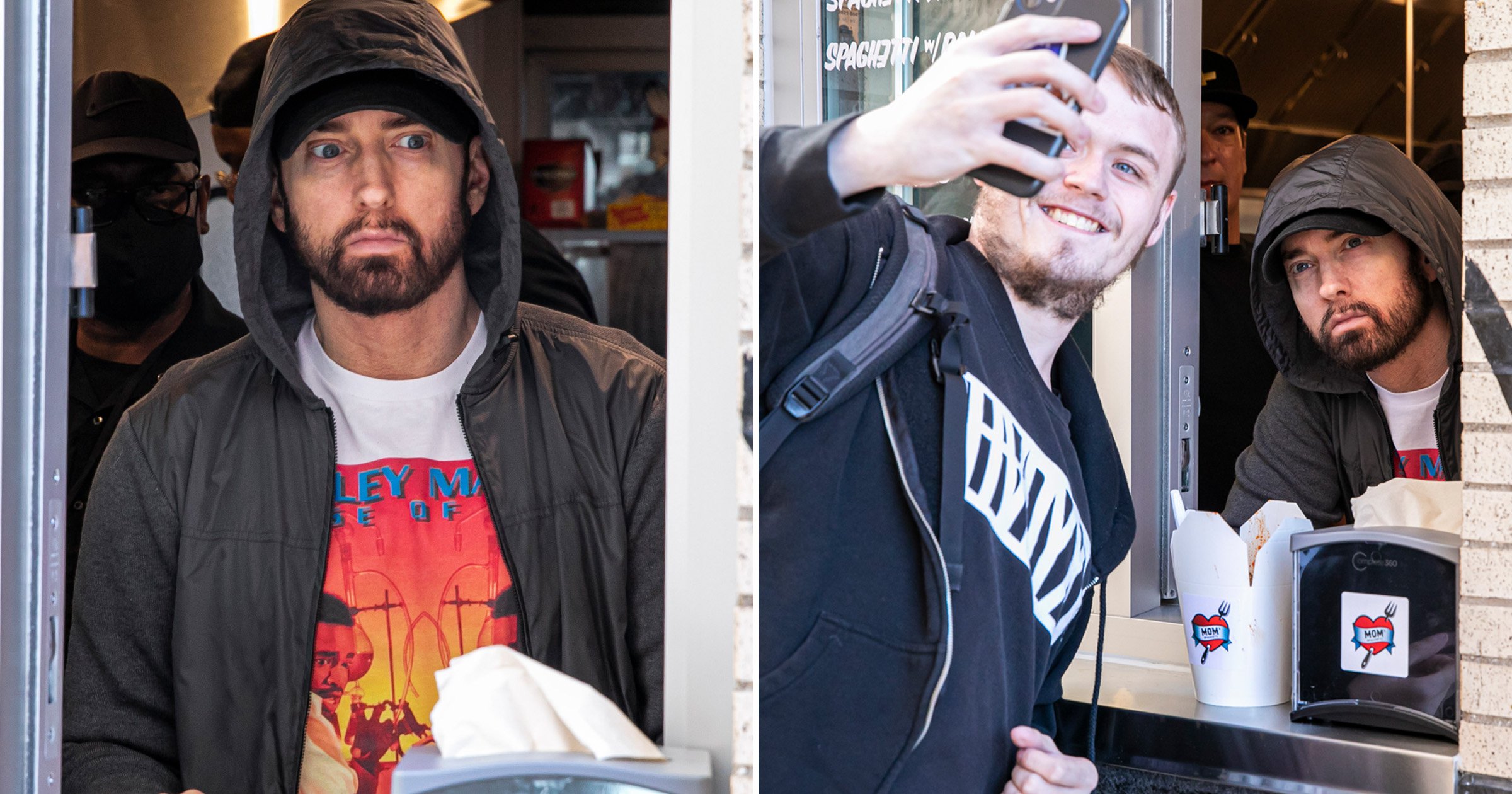 Eminem appeared in the flesh to launch his new restaurant Mom’s Spaghetti, even getting to work and serving the first customers himself.

The rapper named his diner after the iconic, much-memed lyric from his 2002 hit Lose Yourself which reads: ‘His palms are sweaty, knees weak, arms are heavy, there’s vomit on his sweater already, mom’s spaghetti.’

The song appears on the soundtrack to his film 8 Mile.

It opened on Wednesday September 29 in Detroit where the Without Me rapper hails from, serving up dishes based on the classic combo spaghetti and meatballs.

The eatery also features a merch shop called The Trailer where visitors can pick up Slim Shady-related swag. It has been dubbed a ‘store for stans’ – a nod to his controversial 2000 song Stan about an obsessive fan.

Eminem himself, real name Marshall Mathers, was pictured in the window of the diner taking selfies with fans as they rolled up for some grub.

Although he was wearing his signature stony scowl, we’re sure he was buzzing to finally launch Mom’s Spaghetti in his city.

Mom’s Spaghetti, according to The Detroit News, was a joint dish between Metro Detroit restaurant group Union Joints.

It’s not the first time Em has dabbled in foodstuffs, having brought the brand to Coachella in 2018.