Emily Maitlis, 50, has taken to Twitter and issued an apology to BBC North American editor Jon Sopel, 61, following their podcast Americast. The journalist took to the micro-blogging site after she was quizzed by a social media user about a phrase that she used during the broadcast which made the BBC correspondent “flip”.

Deus ex machina is a Latin phrase originally described as an ancient plot device used in Greek and Roman theatre.

In view of her 412,000 followers, Emily replied: “Tomorrow I’m going to sneak in some Classical Greek and watch him explode. Next week, Sanskrit.”

It comes after the duo spoke candidly about the US election, when the Newsnight presenter dropped the phrase, “Deus ex machina”. 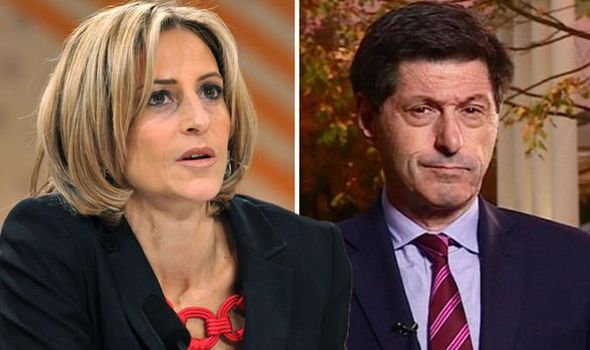 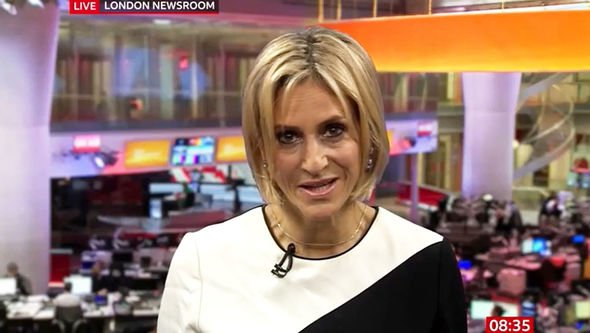 Speaking on the podcast, an astonished Jon replied: “Deus ex machina? Have we suddenly gone posh on this podcast?”

Emily chuckled: “I had to sneak that one in,” as she went into a fit of giggles.

The broadcaster later apologised on Twitter for causing a stir during the podcast.

It comes as a social media user applauded Emily for using the phrase. 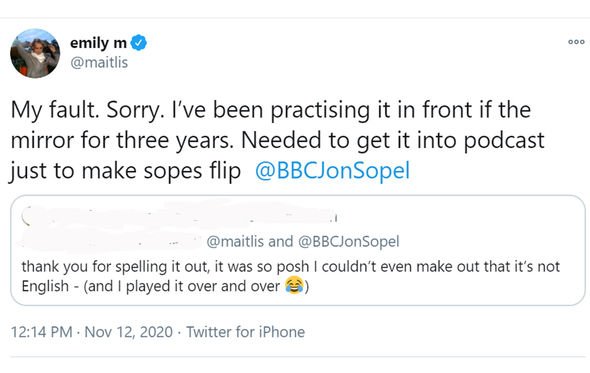 The person in question said: “Thank you for spelling it out. It was so posh I couldn’t even make out that it’s not English – (and I played it over and over).”

Emily replied: “My fault. Sorry. I’ve been practising it in front of the mirror for three years.

“Needed to get it into the podcast just to make Sopes flip @BBCJonSopel.”

Elsewhere, the BBC journalist said she was “gutted” after her colleague announced they would be leaving the corporation after more than 30 years.

It comes after BBC Radio 4 presenter and World at One’s Mark Mardell, 63, confirmed his last day at the broadcaster in view of his 38,000 Twitter followers last month.

“Very sad to leave a hugely talented and lovely team. Excited to forge a new future.”(sic)

Related posts:
Country adventures or city exploring – where will you escape after lockdown?
Chicago Mayor Issues a Stay-at-Home Advisory and Says to ‘Cancel the Normal Thanksgiving Plans’
Popular News
Houseplants: Common indoor plants that help remove mould from your home – including Ivy
03/12/2020
Man Utd wonderkid Ramon Calliste, called ‘the next Giggs’, now owns luxury watch business and makes £5m a year – The Sun
26/03/2020
Megan Thee Stallion Addresses Criticism Over Twerking: ‘I Love to Shake My A**’
26/03/2020
Police guard shops to stop coronavirus panic-buyers and enforce social distancing – The Sun
26/03/2020
Coronavirus: Good Morning Britain’s Dr Hilary reveals ‘game-changing’ self-testing kit
26/03/2020
Recent Posts
This website uses cookies to improve your user experience and to provide you with advertisements that are relevant to your interests. By continuing to browse the site you are agreeing to our use of cookies.Ok