BBC arts presenter Dame Mary Beard has been desperately urging TV fans of her show Inside Culture to ‘complain’ to the corporation after she learned the programme is to be axed.

The topical arts series, which has been on air since 2020, has featured a range of famous faces, including Cate Blanchett and Hillary Clinton, debating an array of cultural questions.

‘I was encouraging my followers on Twitter to tell the BBC that they’d like to see Inside Culture back on our screens,’ Dame Mary tells me. ‘I’d love to see the arts thrive.’ Ms Beard, a Professor of Classics at the University of Cambridge, adds: ‘When you have eras of austerity, arts and culture are always the first to go. They are seen as being surplus to requirements.’ 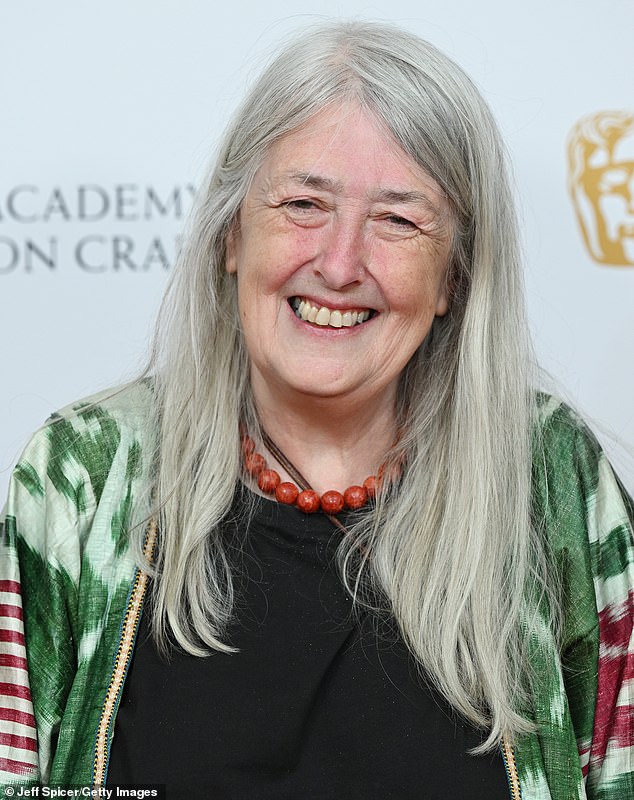 One disgruntled fan of the show says: ‘No more arts on the BBC’s channels? There’s no point in paying the licence fee then, as there’s nothing more to watch.’

While another quipped: ‘They can put out a two-week long c**p-fest on primetime BBC2 showing people eating takeaways while one of the few intelligent programmes gets the axe? Some priority.’

A BBC spokesperson tells me: ‘We have taken the difficult decision to bring Inside Culture to a close in order to focus and invest in new arts documentaries that will deliver greater impact and scale on BBC iPlayer.

‘We would like to take this opportunity to thank Mary Beard and all of the team at BBC Studios for their passion and commitment. We are really proud of Inside Culture, in particular the vital role it played throughout the pandemic.’ 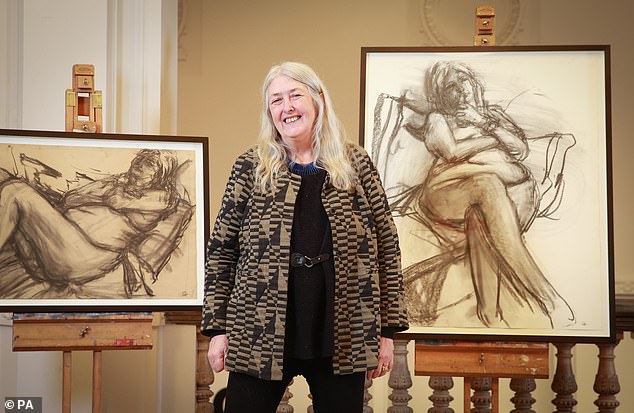 The topical arts series, which has been on air since 2020, has featured a range of famous faces. Pictured, Mary Beard unveils a nude portrait of herself by artist Catherine Goodman

The axing of the programme comes as the BBC faces a battle over its financial future after Culture Secretary Nadine Dorries announced in January that the licence fee will be frozen at £159 for the next two years.

In response, Director-General Tim Davie has announced moves to make the corporation a ‘digital-led’ organisation — with up to 1,000 jobs set to be scrapped. His £500 million-a-year savings plan will see a slew of cuts, including the popular CBBC, which will stop being broadcast on TV by 2025.

Recently, the BBC has also lost some of its biggest stars, including Andrew Marr, Emily Maitlis and Dan Walker, to commercial outlets.

Could Heather Mills help to end the conflict between Russia and Ukraine? The boastful 54-year-old businesswoman believes she has what it takes to twist Vladimir Putin’s arm. She recalls a meeting with Putin when she was on a world tour with ex-husband Sir Paul McCartney, while attempting to stop the mass production of landmines as part of her charity work. She recalls: ‘I said: “Let’s do a concert in Russia and try to get a meeting with Putin.”

‘What we needed was China, America and Russia — they were the big manufacturers of land mines. And setting up a concert meant we got to meet. 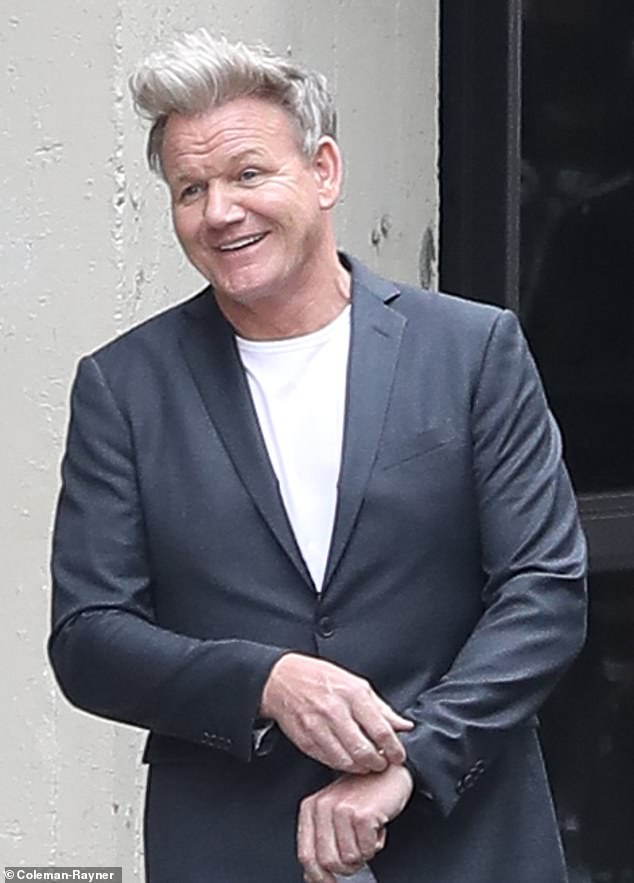 The potty-mouthed culinary star, 55, was spotted with the trendy hairdo in Los Angeles

Ramsay goes platinum for the Jubilee!

They do say blonds have more fun, but fiery TV chef Gordon Ramsay has gone a step further by revealing his new platinum-blond look.

The potty-mouthed culinary star, 55, was spotted with the trendy hairdo in Los Angeles as he filmed scenes for his TV show Gordon Ramsay’s Future Food Stars.

The father-of-five previously underwent a hair transplant in 2010, rumoured to have cost £30,000. He also admits to having laser wrinkle removal after being teased by his children.

He says the final straw was when he woke up to find daughter Matilda ‘trying to squeeze pound coins’ into the creases of his face.

Model Daisy Lowe has long been the life and soul of the party. But, despite appearances, the former Strictly star admits to suffering from crippling anxiety. ‘From the outside, most people would never have known I was struggling with constant negative thoughts, terrible self-esteem and felt too anxious to leave the house,’ she reveals. ‘It felt like the darkness was never going to end.’ The lingerie model, 33, whose mother is interior designer Pearl Lowe and father the rock star Gavin Rossdale, adds that she’s enlisted the support of ‘loved ones, therapy, treatment and care’ to battle through the dark days.

One described as London’s ‘posh wild child’, motherhood certainly hasn’t toned down Lady Mary Charteris’s risque fashion sense, as my picture of the 35-year-old daughter of the Earl of Wemyss shows.

Lady Mary, who in May last year gave birth to a daughter, Wilde, with her husband Robbie Furze, showed off her svelte figure in a racy sheer catsuit designed by LaQuan Smith.

The socialite raised eyebrows with her semi-transparent Pam Hogg wedding dress and credits her outlandish style to her flamboyant aunt Daphne Guinness and the late fashion editor Isabella Blow.

‘I always liked clothes but I never really understood them — but then I spent so much time with Daphne and Issy,’ says Lady Mary.

‘Issy used to make me dress up in her clothes — she only had about ten dresses, but she’d always wear them so differently with amazing hats and shoes that you didn’t realise she’d worn them so often.

‘She once took me to Monaco for a Fashion Rocks event and just walked up to Donatella Versace and ordered her to dress me!’ 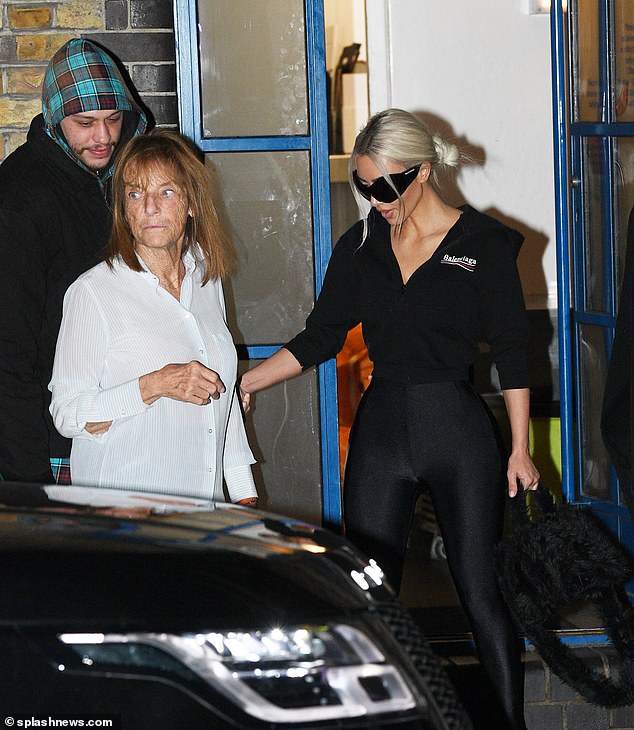 Will Kim spill the beans to Ruthie?

Her Thames-side restaurant, the River Cafe, has long attracted some of the world’s most famous names.

‘Pete is a good friend of mine and has been on my podcast,’ Ruthie tells me. The West London restaurateur, 73, adds: ‘I like Kim, she’s a lovely woman.’

Ruthie, who has persuaded dozens of stars to spill their secrets for her podcast, called River Cafe Table 4, hints that socialite Kim, 41, will be a guest on the second season of the show.