Eamonn Holmes, 60, couldn’t resist bringing up an old debate between himself and his wife Ruth Langsford, 60, during today’s episode of This Morning. The star got onto the subject ahead of an interview with 10-year-old drumming enthusiast Nandi Bushell, which reminded him of when his other half treated their son Jack to a drum kit many years ago.

Ruth made the purchase behind Eamonn’s back at the time, as he had gone away on holiday to Ireland.

Eamonn had refused to get Jack a drum kit, but Ruth ignored his ruling and bought it for him in spite of her husband’s protestations.

He fumed on the show: “What sort of message does that send out to children?

“That the father has no authority?” 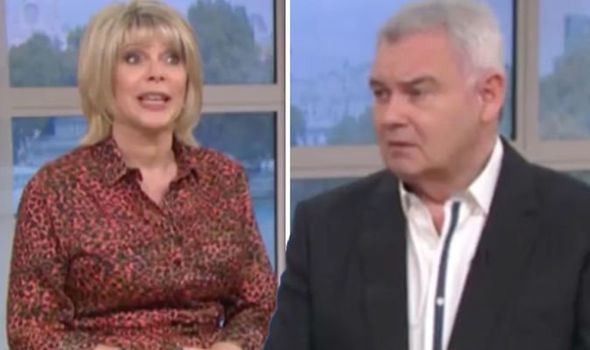 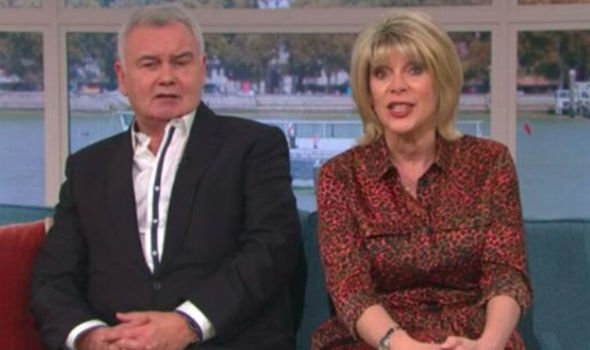 “You do. You just happened to be missing that weekend,” Ruth admitted.

Eamonn went on to fume: “My life has been ruined because my own son is a drummer.”

Eamonn’s views on drumming were not shared by some This Morning viewers, who objected after the presenter asked Nandi about “getting a real job” when she’s older. 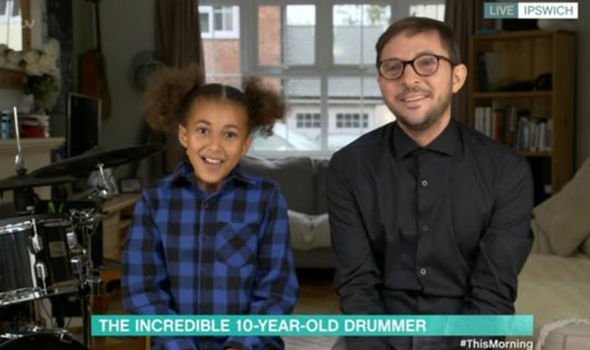 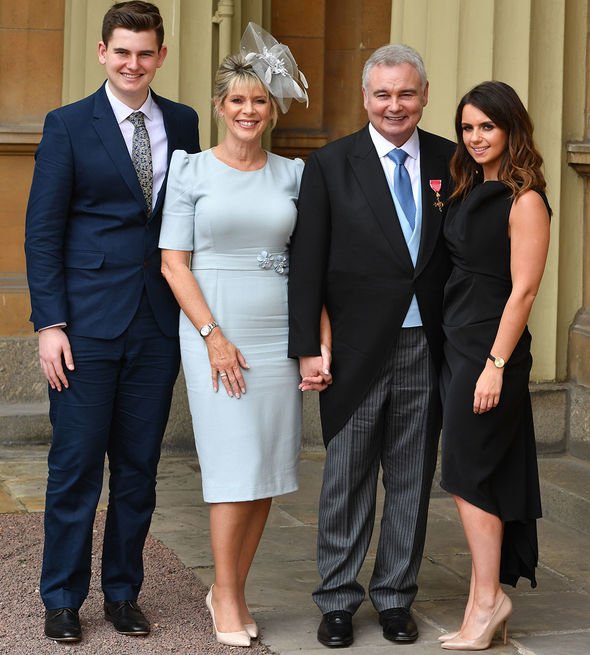 Nandi and her dad joined the couple on the programme via video link from Ipswich.

She spoke about appearing on the Ellen DeGeneres Show and the O2 Arena due to her talent.

Nandi revealed she prioritises her school work “in case things don’t work out”.

“So I have a second option to do a normal job to actually earn money and I do enjoy school like maths and English,” Nandi explained.

Eamonn responded: “Oh yes, that does sound so much more attractive than drums!

Nandi told the presenter in response that she wants to be in a band when she grows up and tour around the world.

Some fans seemed surprised by Eamonn’s question and branded it “rude”.

One person tweeted: “#ThisMorning Eamonn really supporting the artists there.

Another added: “Oh Eamonn, come on, don’t ask Nandi, 10 year old girl drummer whether she’ll stick with drums or ‘get a real job’?! Then describe drumming as ‘banging away’ and say you’ll get your ear plugs?! #ThisMorning she’s incredible!”

A third said: “Eamonn Holmes has been nothing but rude to Nandi since she’s come on. Shut up now. Enough enough. #thismorning.”

A fourth person sided with Eamonn, saying he was following the government’s advice to retrain due to the coronavirus pandemic, commenting: “#Thismorning Eamon been getting advice from Rishi Sunak this morning about what a proper job is, well done.”