This Morning hosts Eamonn Holmes, 60, and his wife Ruth Langsford, 60, regularly give their fans an insight into their home life on Instagram. It was no different today when Ruth cheekily joked she felt like David Attenborough after what she witnessed.

In view of her 822,000 Instagram followers, Ruth shared a cheeky video of two woodpeckers who appeared to be getting intimate in her family garden.

She wrote: “OMG…. didn’t know we had a PAIR of woodpeckers in the garden….and I’ve just caught them making a baby! Feel like David Attenborough!”

In the clip, the two birds could be seen pecking at each other but a loud noise could be heard in the background.

Eamonn took the opportunity to reply, as he quizzed: “What’s the racket in the background?” 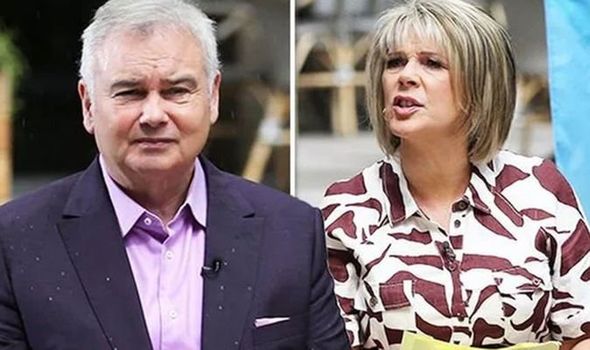 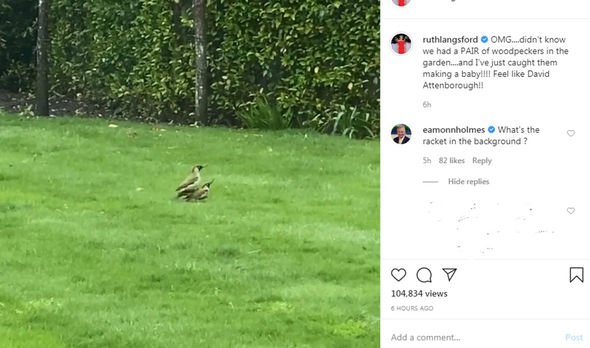 The TV veteran later followed up, as he grilled Ruth further: “Are you vacuuming while filming?”

His wife is yet to respond to her beau’s cheeky quip, as many fans inundated the comment section following the intimate clip.

One person quipped: “@eamonnholmes it’s the washing machine I think.” 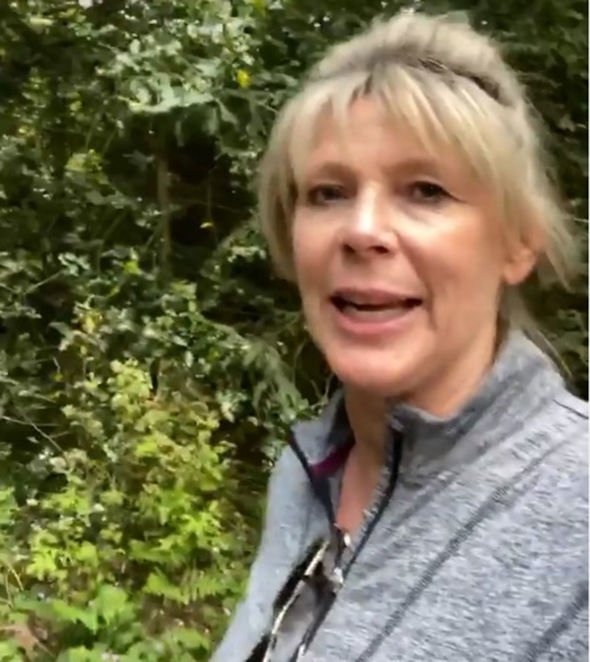 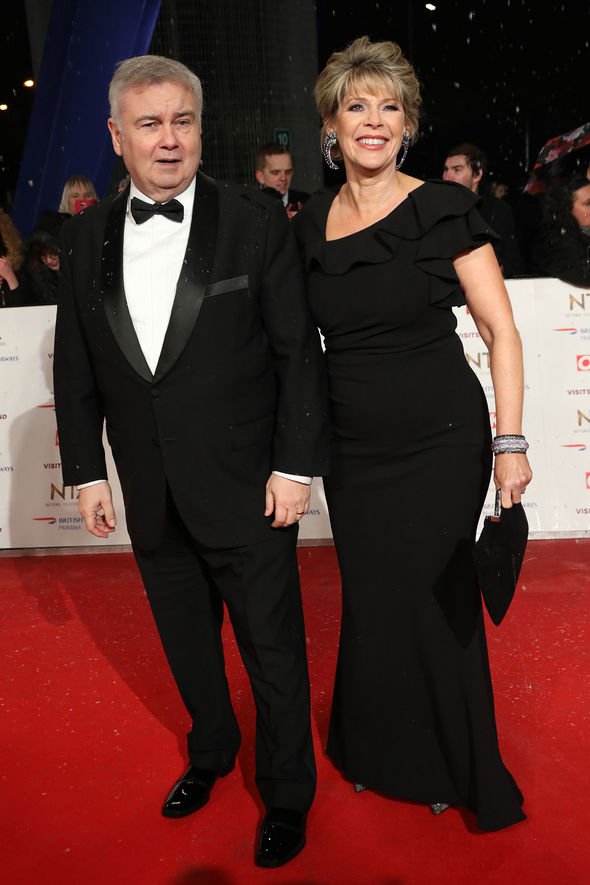 While a third person added: “Oh what a lovely sight. I mean the two of them not what they are doing lol.”(sic)

Elsewhere, Ruth recently apologised to her Instagram followers after her latest upload suffered an “exciting” interruption.

It comes after the This Morning favourite was out walking her beloved dog on her own.

She was seen getting out and about for a walk with her pet pooch during the coronavirus lockdown.

However, Ruth suffered a small but welcome surprise while mid-sentence and filming for her page.

“Hello! Monday evening – walk time,” she started. “Out with Maggie – there she is. Hope you’ve had a decent weekend.”

“Oh!” she then gasped. “Sorry! My wrist is vibrating.”

A shocked Ruth then explained: “That’s my FitBit telling me I’ve done 10,000 steps. Yes! I love it when that happens.

Elsewhere, Eamonn took to Twitter and announced he will be taking part in a new BBC series which airs tonight.

In view of his one million followers, he retweeted the show advertisement which read: “Join us again for another hilarious episode of I’ll Get This! You can catch our fantastic guests @EamonnHolmes @joe_sugg @staceysolomon @AliceLevineand @PhilnWang around the dinner table this evening on @bbctwo at 10pm #illgetthis.”

I’ll Get This airs tonight on BBC Two at 10pm.