Spilling the beans! Bachelorette alum Dustin Kendrick is opening up about his experience quarantining with Peter Weber and Kelley Flanagan — and he also teased whether there’s a budding romance between the pair.

Kendrick, 31, has been quarantined with Weber and Flanagan, both 28, in the attorney’s Chicago apartment for about two weeks. Speaking to Us Weekly exclusively, he revealed how the trio have kept each other company.

“It’s just the three of us staying at Kelley’s apartment. We’ve just been chilling, making TikTok videos, trying to stay out of trouble with people,” the host of Heard, Chef, an IGTV series where local stars and chefs teach Kendrick how to cook, told Us on Thursday, April 2. “There’s not much else you can do other than entertain yourself and make a funny video. We’re not trying to be compared to The Quarantine Crew [with Hannah Brown and Tyler Cameron] — they’re clearly legendary. We’re just trying to keep ourselves sane as well, like everyone else is.” 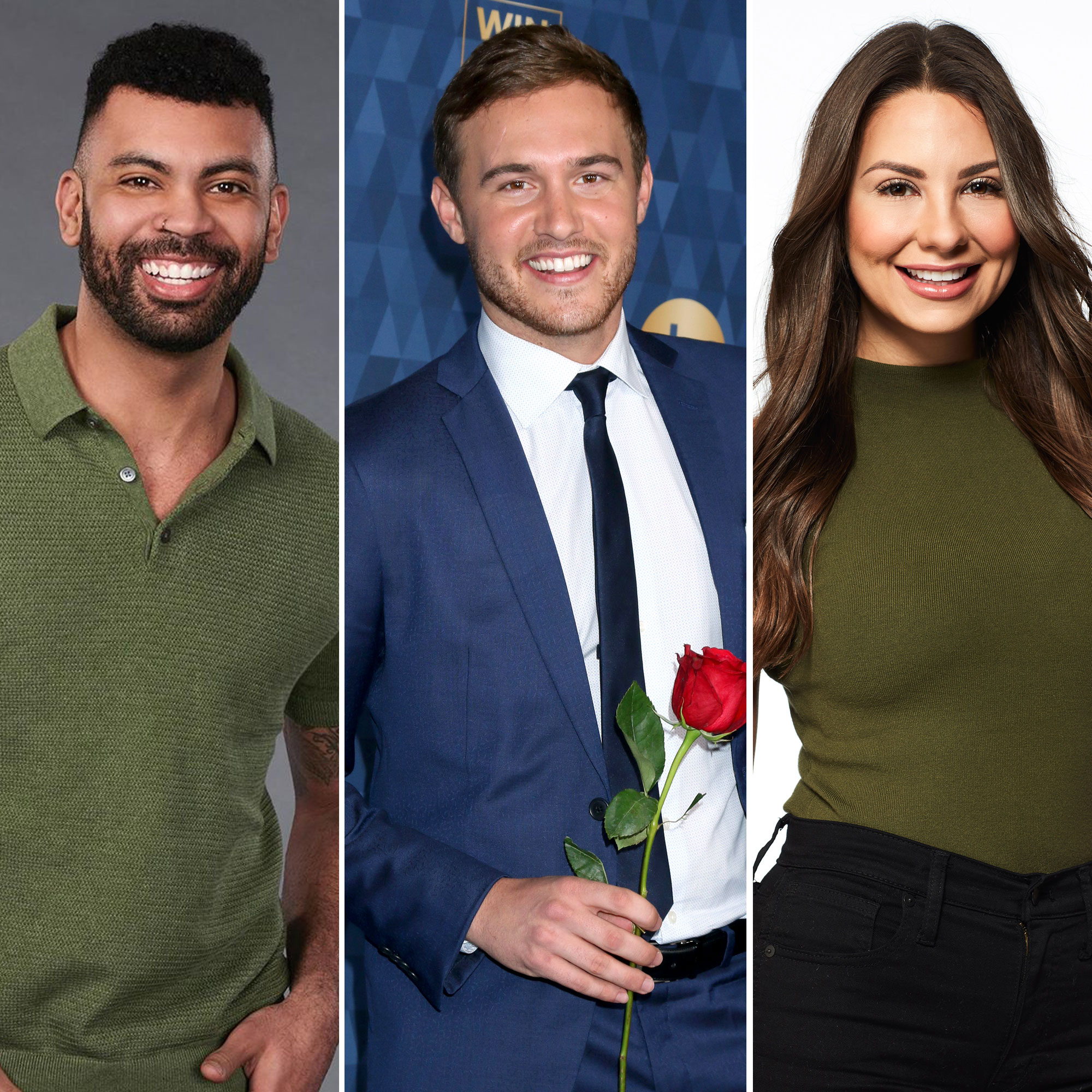 Kendrick continued, “I’m going to be here [quarantining with Peter and Kelley] until the very end. Hopefully, this will be over at the end of the month, so, we’ll just see how it goes. Hopefully, we all stay together through this time.”

The Chicago native shared that Flanagan “loves to cook” and has “cooked for us damn near every night,” noting that she’s “really talented” in the kitchen.

On March 31, the trio revealed that they were spending time together amid the coronavirus outbreak when Weber shared his first-ever TikTok video, which featured the group along with other pals. They danced to Wiz Khalifa and Ty Dolla $ign’s song, “Something New.”

The pilot’s appearance with Flanagan on TikTok came days after they were spotted together in Chicago on March 25. “They seemed to just be hanging out on the Riverwalk,” an insider shared with Us exclusively. “They both appeared to be in a good mood and Peter was even seen dancing a little bit.”

Speaking to Us on Thursday, Kendrick said that he was partially to blame for Weber and Flanagan getting photographed in Chicago together. “We had been in the house for a while and we had that nice day in Chicago. That’s the day that everything kind of came out,” he explained. “They wanted to stay inside and I feel bad, because I forced them out. Peter hadn’t been in Chicago in years and I wanted to show him the River Walk and the Lakeview Path. I thought it was gonna be good for us to get out of the house and go for a walk.”

Kendrick noted that “a lot of people are excited about them being together” during the quarantine period. He then hinted at where Weber and Flanagan stand.

“I think it’s fair for them to come out and say what they want to say, but the only thing I can say is that they look really cute together and their interactions are really cute as well,” he teased. “That’s all I can say on that and I’m sure you’ll be possibly hearing stuff in the future from them, but I’ll let them say that.”

Kendrick continued, “[With being on The Bachelor], that was a lot of pressure that he was under and you see people saying hateful things and bad things. It’s just good to see him happy and just living his truth and being happy with someone. After this is all over with, Peter and Kelley could be a ‘thing.’ I’m not opposed to it. From what I’ve been seeing, they’re very cute together. So, I hope so.”

Weber, who is currently helping to raise $10,000 for the Center for Disaster Philanthropy COVID-19 Response Fund through GoFundMe, was engaged to Bachelor contestant Hannah Ann Sluss. After they broke off their engagement in The Bachelor’s season 24 finale last month, he tried to make things work with fellow contestant Madison Prewett. Weber and Prewett, 24, split two days later.

With reporting by Kayley Stumpe

Given the constantly evolving nature of COVID-19, Us Weekly wants our readers to have access to the most accurate resources. For the most up-to-date coronavirus information, guidance, and support, consult the CDC, WHO, and information from local public health officials. If you’re experiencing coronavirus symptoms, call your primary care provider for medical advice.