“The best thing we can do for each other in this world of tweetstorms is to refuse to be confused by that noise,” the “Reliable Sources” host says 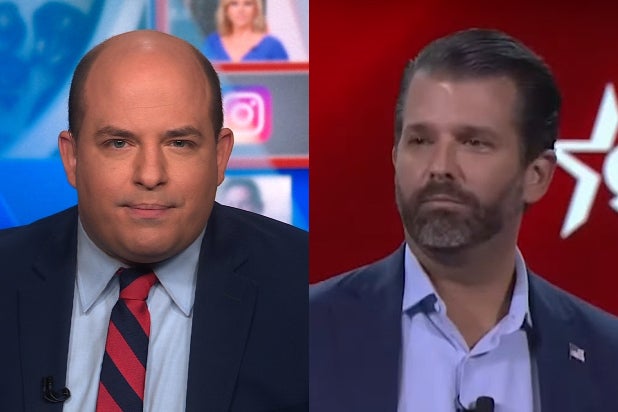 CNN’s Brian Stelter isn’t about ready to let a little thing like a childish comparison to Mr. Potato Head provoke him into a verbal spar with Donald Trump Jr., who tossed out the insult during his speech at CPAC Saturday.

On Sunday’s “Reliable Sources,” Stelter said such flinging of “distractions and dribble” that later spread and grow on social media and right-wing media outlets does what it is intended to do: draw people’s attention away from news stories that are actually important.

He pointed out, in particular, how right-wing media outlets have turned the spotlight on trivial stories like the rebranding of Mr. Potato Head as gender-neutral or Disney+ adding disclaimers on some old episodes of “The Muppets” that says the program “includes negative depictions and/or mistreatment of people or cultures.”

“There is something wrong when so-called ‘cancel culture’ gets more attention than the troubles that millions of Americans are facing and the importance of a Covid relief bill,” Stelter said. And then there was Trump Jr.’s insult, which Stelter is letting slide off his back.

“It was just another distraction. He wanted me to respond. This was just more BS fuel for the culture war, and it does not matter. The best thing we can do for each other in this world of tweetstorms is to refuse to be confused by that noise. There’s too much real news going on.”

Watch Stelter’s segment about “distractions” in the clip below.