Most people likely know DJ Envy from hosting one of the most popular radio shows in the country. However, many people don’t know that at one time, he and his wife were approached to be reality stars on Bravo’s Real Housewives franchise. 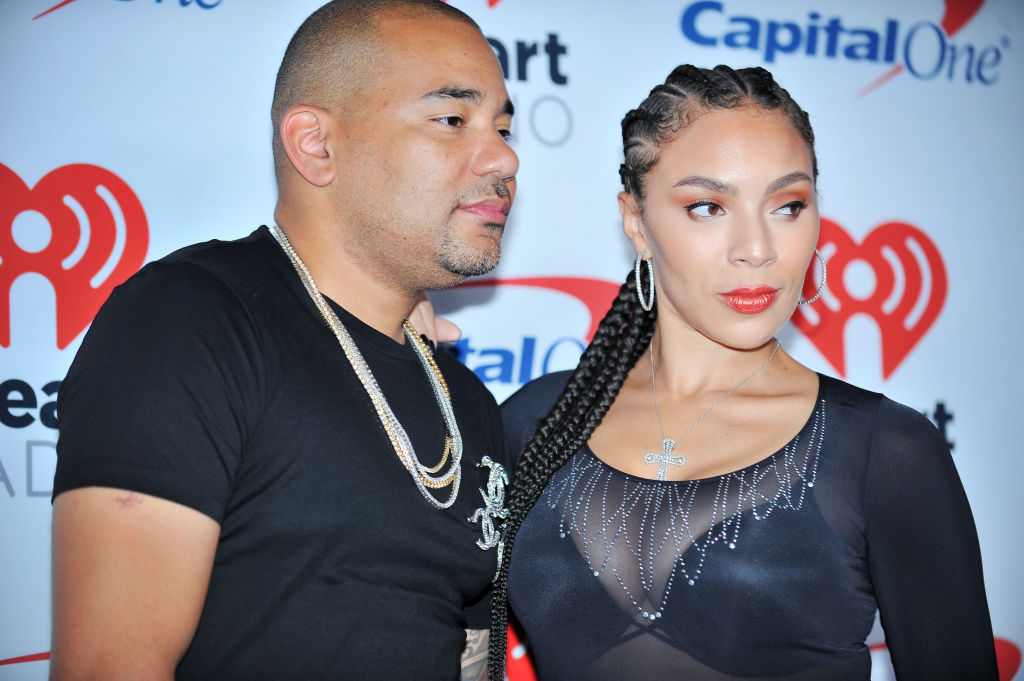 Who is DJ Envy?

DJ Envy, whose real name is Rashawn Casey, is one of the three hosts of The Breakfast Club radio show with Angela Yee and Charlamagne Tha God. The morning show is based out of Power 105.1 in New York and is syndicated nationwide. The Queens native went to Hampton University and was mentored by DJ Clue.

He and Gia Casey got married in 2011. They have five children, Madison, London, Brooklynn, Logan, and Jaxson. The couple resides in New Jersey.

In a recent interview on The Breakfast Club with LisaRaye McCoy, DJ Envy brought up the Real Housewives franchise, asking if there was any truth to the rumor that she could be joining the show. She said the rumor was true but she didn’t want to join. “It was years ago. That’s not my brand. That’s not what I wanna do. I’m not interested in that at all. And so I declined,” she said.

DJ Envy said that the show wanted to add his wife Gia a cast member on The Real Housewives of New Jersey. “They wanted my wife…to be honest, one- we didn’t need the money,” he said. “Two, I’m not gonna let them dictate what’s going on in my house. We have a real black family with things that go on, and you’re not gonna try to do fighting and try to create tension in my real household. Like, I got five kids. This is real! Nah, you’re not gonna do that. So we just decided to gracefully back out and say, ‘Nah, we’re good.’”

Reports first surfaced that Envy and his wife could be joining the show back in 2012. The rumor seemed random but not that coincidental, given the fact that Casey had been seen with cast members Teresa Giudice, Caroline Manzo, and Jacqueline Laurita.

On deciding to not join the show, McCoy also said, “We got enough going on, and I do believe in TMI. Some things are just too much information. And the way that reality TV is going on, you don’t even want your kids to watch it because you don’t want it to dictate or rotten their mindset in thinking this is cool – to be disloyal, dishonest…I’m too grown for that.”

Related posts:
As a child of USSR, I fear pictures of Stalin show where UK is heading
Cops swoop on huge illegal rave in Greater Manchester after reports of stabbing – The Sun
Popular News
Kelly Preston once said ‘love your kids like it could be your last moment’ before losing cancer battle aged 57 – The Sun
16/07/2020
Man Utd wonderkid Ramon Calliste, called ‘the next Giggs’, now owns luxury watch business and makes £5m a year – The Sun
26/03/2020
Megan Thee Stallion Addresses Criticism Over Twerking: ‘I Love to Shake My A**’
26/03/2020
Police guard shops to stop coronavirus panic-buyers and enforce social distancing – The Sun
26/03/2020
Coronavirus: Good Morning Britain’s Dr Hilary reveals ‘game-changing’ self-testing kit
26/03/2020
Recent Posts
This website uses cookies to improve your user experience and to provide you with advertisements that are relevant to your interests. By continuing to browse the site you are agreeing to our use of cookies.Ok