Countdown star Susie Dent, 55, was left disappointed after opening her new book, Word Perfect: Etymological Entertainment For Every Day of the Year, for the first time and discovering the wrong version had been printed. Rachel Riley’s co-star said the mishap made her “stomach turn”.

A quick look at the text made my stomach turn.

She explained: “On Thursday 1 October I eagerly opened a parcel containing a copy of my book, which was publishing on that very day.

“A quick look at the text, however, made my stomach turn.

“I spotted a typo that I knew had been corrected at an earlier proof stage.”

Susie then discovered the wrong version of the book, which contained “innumerable typesetting errors”, was published instead of the edited finalised version. 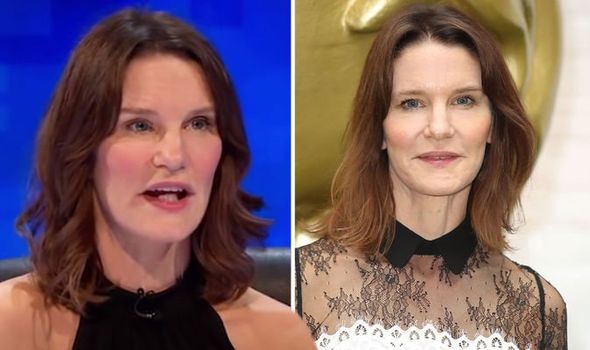 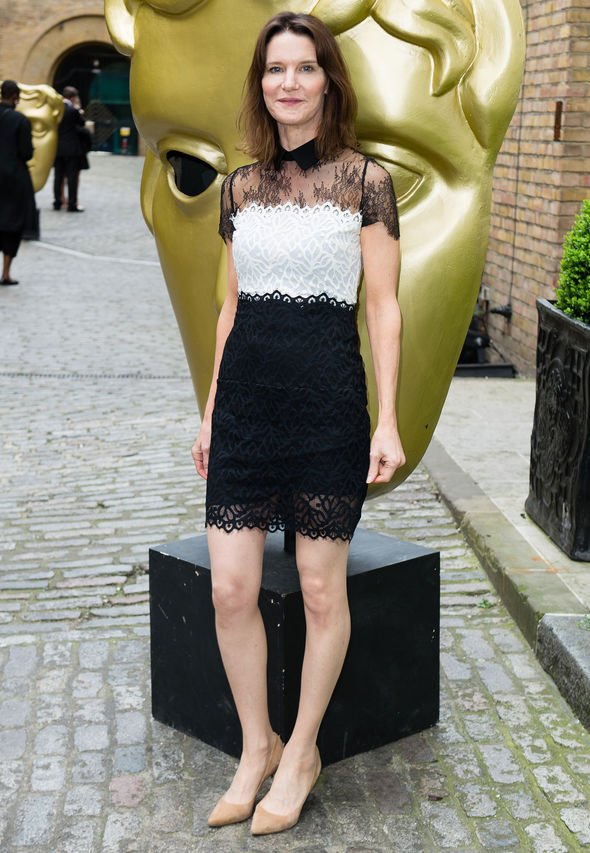 The Countdown star said what was supposed to be a “happy day” for her was instead spent under her duvet with her contemplating the fact she had a book called Word Perfect containing multiple errors.

Susie said she believes the error was caused by “an extraordinary rush” on publishers, as a result of the ongoing coronavirus pandemic.

Wanting to set the record straight, the Channel 4 star took to Twitter to explain the error to her fans.

She wrote: “Thank you to everyone for supporting my book. I’ve just discovered that the initial printing used a pre-edited text. 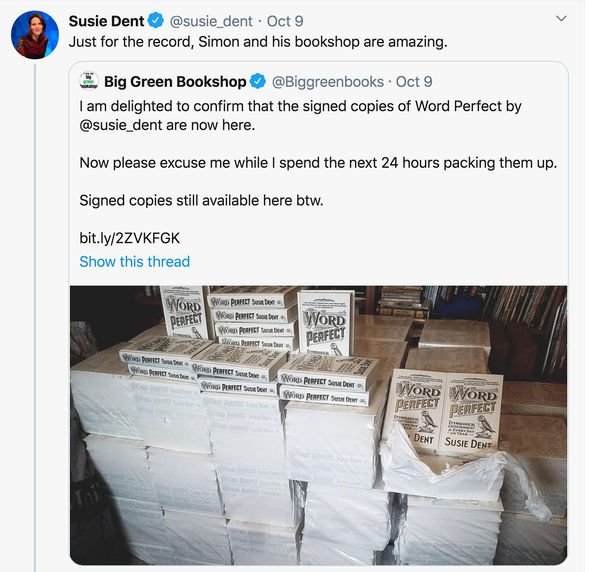 “I’m so sorry about this.

“I’ll be in touch as soon as I can with details on how we’re going to fix it.”

Susie said she thankfully received messages “full of love and support and no small amount of humour”.

She added to this week’s Radio Times: “‘Oh, the irony!’ was a common response, as was the request for an imperfect copy lest they become more valuable than the ‘correct’ ones.

“Such support lightened the load of a tough day and made me think of various entries in the book that, in hindsight, look remarkably prescient.”

Susie’s book, described as a “brilliant linguistic almanac”, was due to be released on October 15.

Last week, the Countdown legend shared a post to confirm signed copies of her newly corrected book were now available.

Big Green Bookshop tweeted: “I am delighted to confirm that the signed copies of Word Perfect by @susie_dent are now here. 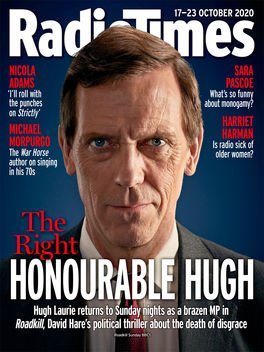 “Now please excuse me while I spend the next 24 hours packing them up.

Susie wrote: “Just for the record, Simon and his bookshop are amazing.”

Read the full interview in Radio Times out now.

Related posts:
THE STORIES REPORT: How brands can take advantage of the viral growth of the Stories format
Tracee Ellis Ross Says She's 'Happily Single' But Open to Romance
Popular News
The Newest Thing in Fashion? Old Clothes
22/10/2020
Man Utd wonderkid Ramon Calliste, called ‘the next Giggs’, now owns luxury watch business and makes £5m a year – The Sun
26/03/2020
Megan Thee Stallion Addresses Criticism Over Twerking: ‘I Love to Shake My A**’
26/03/2020
Police guard shops to stop coronavirus panic-buyers and enforce social distancing – The Sun
26/03/2020
Coronavirus: Good Morning Britain’s Dr Hilary reveals ‘game-changing’ self-testing kit
26/03/2020
Recent Posts
This website uses cookies to improve your user experience and to provide you with advertisements that are relevant to your interests. By continuing to browse the site you are agreeing to our use of cookies.Ok