Coronation Street: From cheeky schoolboy Chesney to stressed dad, it’s all in a day’s work 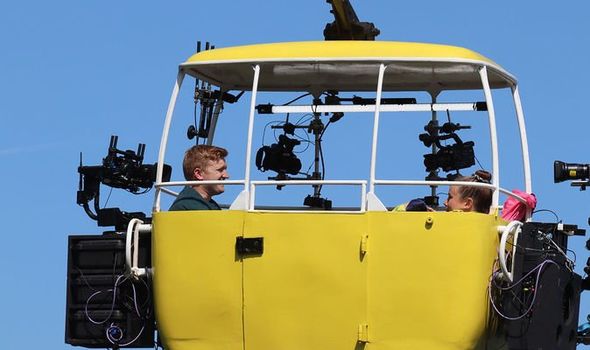 On screen, soap star Sam Aston is currently running himself ragged trying to cope as the father of baby quads. But for many Coronation Street viewers the difficulty is believing that he’s old for fatherhood in the first place. He was just nine when he joined the show, and many still remember him as Little Chesney with his Great Dane Schmeichel – even though in real life he’s now pushing 27 and a married man. 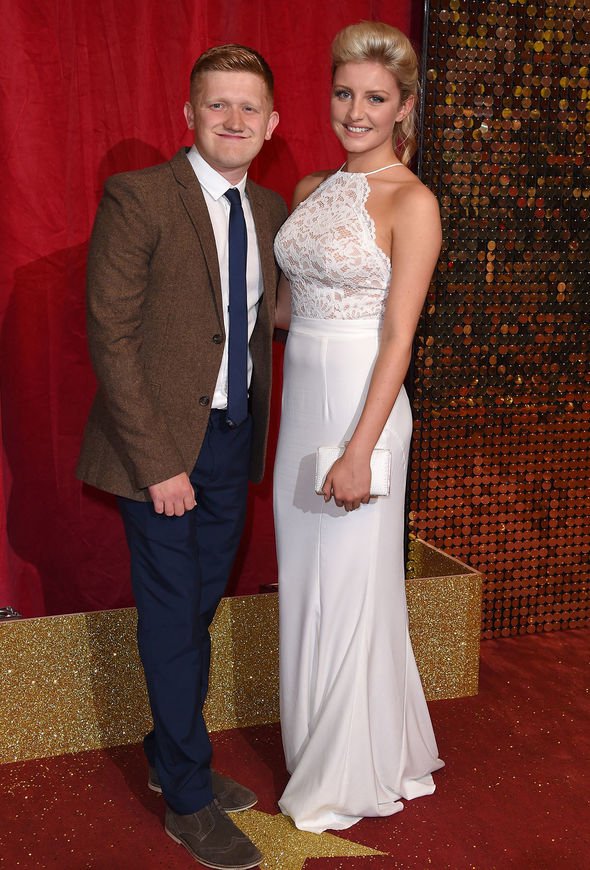 “I can see why,” Sam laughs. “It’s like I only ever see Macaulay Culkin as Kevin from Home Alone. Because I was that little ginger kid with this big dog, a lot of people still see me as that.

“Since Chesney became a dad there’s been a bit of a change though. When I was out for a pint or out shopping I used to get, ‘Where’s Schmeichel?’ and now I get, ‘How’s Gemma doing? Where are the quads?'” Which will turn out to be a very good question. In tonight’s episode, Chesney’s girlfriend Gemma, played by Dolly-Rose Campbell, will flee, leaving her four babies on a bus after suffering a panic attack.

But while his life on the cobbles is all sleepless nights, anxiety and stress at the moment, actor Sam is happier than ever.

The couple got together when he was 18, but prior to that, he says, fame did not bring him much in the way of teenage admirers. 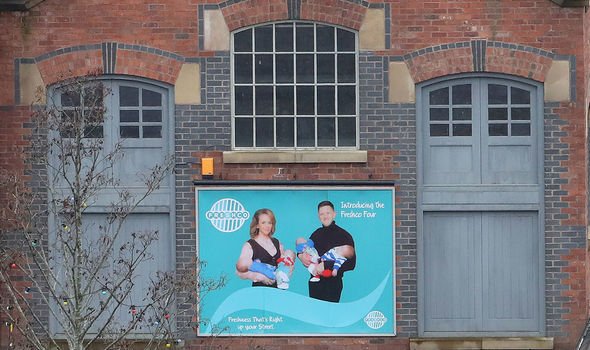 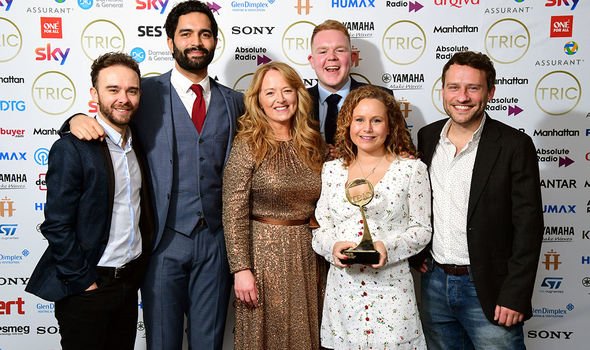 “I always got the little old ladies!” he laughs.

“Unfortunately I was never playing the stud – and I’m still not! So it’s not like I got girls throwing themselves at me. Instead I got the OAPs feeling sorry for me, pinching my cheek and saying, ‘Oh, we’ll take you home, we’ll look after you!’ Not that it’s a bad thing, but it’s not ideal when you’re 16!”

The youngest of nine children, Sam grew up in Bacup, Lancashire and still lives close to his family today.

Several of his brothers and sisters had attended a local theatre workshop – Sam’s older sister Emily still works as an actress – and when he was five he followed in their footsteps.

Within months he had landed the lead part in an advert for George at Asda school uniforms and at the age of six he starred in the iconic Warburtons bread advert. 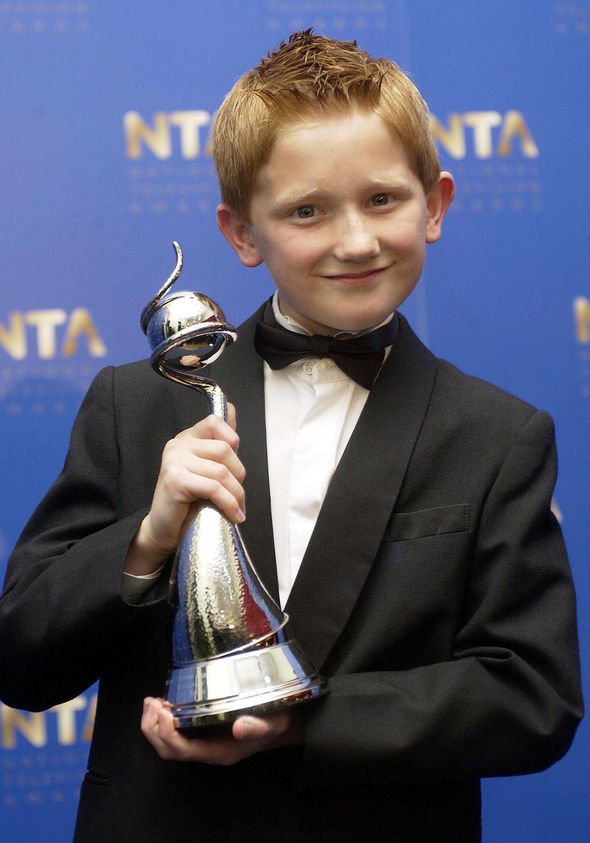 “People still remember it, it’s on YouTube,” he smiles.

After TV work in The Bill and Where The Heart Is, he was cast as Chesney Brown, the downtrodden son of self-centred mum Cilla and by the age of 10 he had become the nation’s favourite redhead, picking up Best Newcomer at the National Television Awards.

The following year, below, he presented the Queen with a bouquet at a party to celebrate 50 years of Coronation Street, where the monarch famously said to him: “Please tell me your real mother isn’t like your onscreen mother.”

In 2006, when he was 12, he met her again when he filmed inside Buckingham Palace for his role as Horrid Henry in the Children’s Party at the Palace to celebrate the Queen’s 80th birthday.

It all made for an unusual childhood. 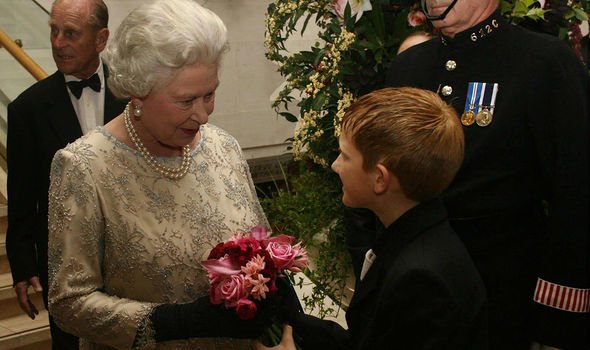 Sam regularly missed school trips and couldn’t even join the afterschool football club in case he got injured and was forced to miss work.

“It wasn’t a normal upbringing really,” he acknowledges. “I was involved with such big characters at the time, as the Battersbys. We had lots of storylines and I was a very recognisable face, so it was bizarre as a 10-year-old to walk down the street and have people grab you for pictures. My mates at school didn’t have to deal with that.”

As he got older, it meant Sam couldn’t mess about with his friends in public, or join them on trips to the pub with fake IDs.

“I’m not saying I lost out on anything, but it had its challenges and I had to be careful – I had to watch what I was doing, because I was in the public eye,” he explains. 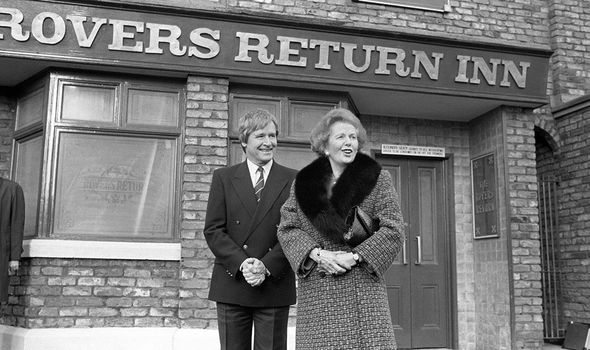 “Looking back, it was a bit surreal, but the pros have definitely outweighed the cons, so it’s not like I have any regrets.

“I’m on a fantastic show, working with lovely people who have always been there for me, so I feel like one of the lucky ones.”

Sam has now chalked up 17 years in Weatherfield but far from getting restless and imagining himself in exciting new roles, he can still picture himself in the show when he’s an old man.

Soap legend William Roache, who plays Ken Barlow, celebrates 60 years in the show later this year, so could Sam imagine emulating him?

“Do you know what, yes I could, if they would have me,” he says. “There’s nothing not to like. 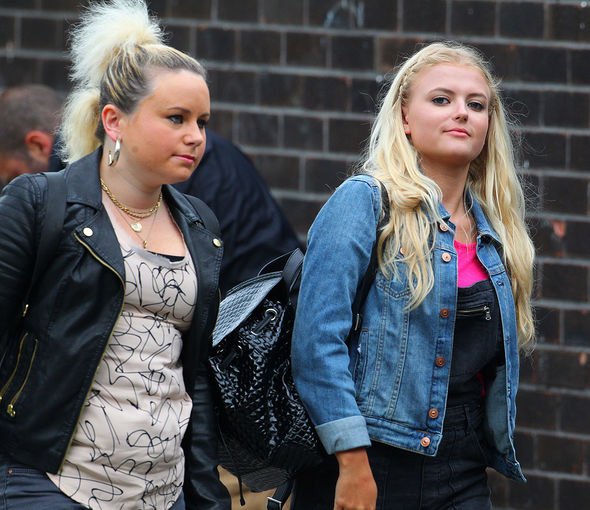 “I can see it through the eyes of my sister who’s a jobbing actress. I know it’s very tough out there, whereas I’m very settled in my life. Away from work, I run an embroidery and screen printing business with my brother, I’m settled down with my missus, we’ve got our dogs and I’m happy where I’m living.

“I have a lot going, so I don’t feel anything needs to change. I don’t feel restless. Corrie has been amazing. I’ve had some unbelievable experiences and I feel very lucky to have grown up on it as a child actor and to still be here. I’ve had loads of different storylines, so from a work point of view that’s great, because you get different challenges all the time and there’s lots to get my teeth into.”

But while Chesney has taken it all in his stride and been his usual calm self, Gemma has increasingly found it difficult to cope.

After the bus drama, he finally realises that she needs more help than he can offer. 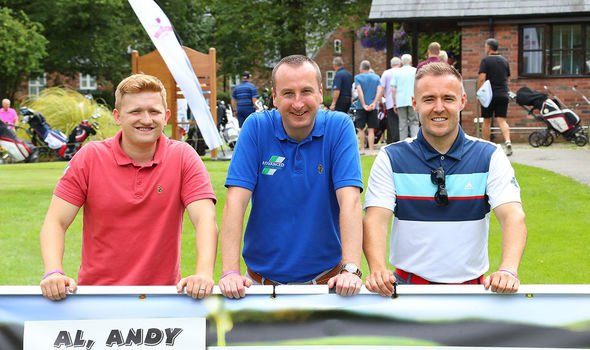 Sam says: “Chesney sees what happens and charges after the bus. At first he just wants answers from Gemma, but when she explains how she feels and tells Chesney that she thinks she’s a terrible mother and he realises she needs help.

“He’s shocked when the doctor tells them that she’s suffering from postnatal depression. He knew she was stressed, but he didn’t realise the severity.”

Thoughtful and polite, Sam has always had an old head on young shoulders and while many young men in their 20s spend their weekends at clubs and parties, he much prefers the quiet life, staying at home with Briony, walking their two dogs or indulging in his pastimes, playing golf or reading.

“I’m an old soul,” he says. “I like the simple life, but there’s nothing wrong with that. You can’t change who you are.”

• Coronation Street is on ITV tonight at 7.30pm