Congress Targets Silicon Valley – Which Tech Giant Is Most Vulnerable?

Congress Targets Silicon Valley – Which Tech Giant Is Most Vulnerable?

Tech Talk With Sean Burch and Alex Kantrowitz: “For a long time, we kind of made fun of Congress,” Kantrowitz of Big Technology says

Are we on the verge of seeing an unprecedented crackdown on Big Tech at the hands of the U.S. Congress? It’s starting to look like it, with the House of Representatives last week introducing five new bills aimed at curtailing the power of Amazon, Apple, Facebook, Microsoft and Alphabet, Google’s parent company.

Big Technology’s Alex Kantrowitz recently gave his readers a sneak peek at those bills, and he joined TheWrap’s Sean Burch on the latest episode of “Tech Talk” to discuss them at length. Kantrowitz said the bills —after years of inaction from our elected leaders — may finally lead to some meaningful changes in the tech world.

“I’ve always been of the opinion that nothing is going to happen to these companies, and I’m starting to change that a little bit,” he said.

Two of those bills, in particular, Kantrowitz said, are “total whoppers.” One from Rep. David Cicilline (D-Rhode Island) and another from Rep. Pramila Jayapal (D-Washington), which would both block tech giants from giving preferential treatment to businesses they own. Jayapal’s bills, Kantrowitz said, “paves the way” for the Justice Department to break up these companies because it would target any company that has a “substantial incentive to privilege its own products and services over competitors using that business.”

This would be a major blow to any of the five major tech giants. To name just a few examples, Facebook is closely intertwined with Instagram, which it bought nearly a decade ago; Google routinely highlights videos on YouTube, which it owns; and Apple famously does its best to keep customers within its ecosystem by creating a seamless connection between its products. Megadeals, like Microsoft’s $26.2 billion acquisition of LinkedIn in 2016, would also have a tougher time getting approval by regulators. 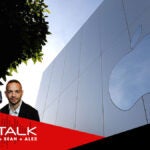 If passed, the five biggest tech companies would all likely be headed toward Breakup City. But even the rollout of the bills — they all came from Democrats, but Republicans like Sen. Josh Hawley of Missouri have also been calling for stiffer regulations — signal that Congress isn’t as clueless as it’s seemed in recent years on all things tech.

“It’s pretty wild,” Kantrowitz said. “For a long time, we kind of made fun of Congress. ‘They don’t know what they’re doing; they’re asking Mark Zuckerberg if he can send email on WhatsApp and whether Facebook is an ad business.’ And obviously, Congress did their homework and they took that to heart and released this package, which is quite a fascinating set of bills.”

Which tech giant should be most concerned right now? Burch made his case for Google, which controls 90% of online search and, together with Facebook, is part of an online ad duopoly. (Google accounted for 28.9% of digital ads in the U.S. last year, while Facebook accounted for 25.2%, according to eMarketer.) That dominance, coupled with the heat it’s already facing from the Department of Justice, appears to make it ripe for an antitrust crackdown.

To hear about the company Kantrowitz said he thinks is in danger, you’ll have to check out our full conversation on the latest “Tech Talk” episode. Stick around for the full episode, as we spend the second half discussing Twitter’s rollout of several new features — including Spaces, its Clubhouse clone, and a new subscription tier — that could jumpstart the company’s business.

Watch the full conversation in the video above. For more tech coverage, subscribe to the Big Technology newsletter. 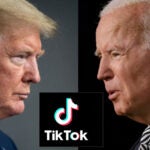 Alex Kantrowitz is the author of Always Day One, a new book about the tech giants’ work culture. He writes about Amazon, Apple, Facebook, Google, and Microsoft in his weekly newsletter, Big Technology.