Former Bachelor star Colton Underwood has a new book out, and he's letting people in on his personal life even more than he did on reality TV.

In The First Time: Finding Myself and Looking for Love on Reality TV, he writes about his experiences on The Bachelor, The Bachelorette, and Bachelor in Paradise, but also his non-televised relationships, like the one he had with Olympic gymnastics star Aly Raisman a few years back.

“Aly was easy to talk to. She was open, funny, bright, honest, and inquisitive. She laughed easily and had a smile that I would’ve been happy to simply gaze at for the rest of the night, no further conversation necessary,” he wrote in his book, per Us Weekly. Of their first dates, he said, “It was very late when I dropped her back at her hotel, and when I said I’d had a great time, I meant it. Later that night, Aly texted me a thank-you. Neither of us had expected to get on as well as we did. For a first date, it couldn’t have gone better.” Sadly, their relationship didn't last. 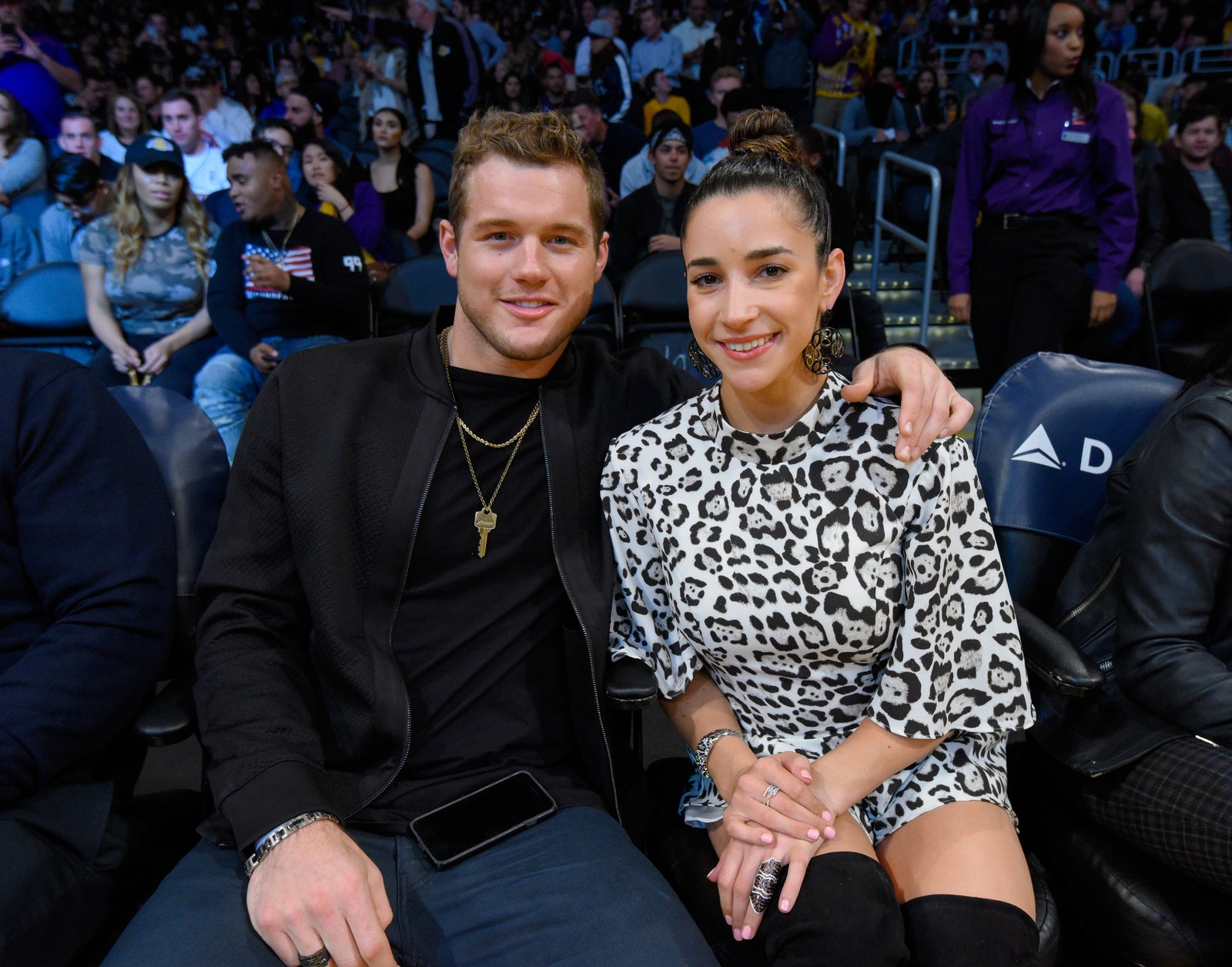 When the couple broke up, Underwood reached out to Raisman's friend and fellow gymnast Simone Biles for advice. “I pulled over to the side of the road, stunned and unable to comprehend this was happening,” he wrote of their FaceTime split. “Aly said she felt overwhelmed, confused, and in need of a break. Afterward, I sat in my car and cried. I was numb for days." After not hearing back from Raisman via text, he says he got in touch with Biles "hoping she could offer an explanation or insight." Alas, she could not. He says he is now a "better and wiser man" because of their relationship and also reveals he promised not to speak about her on The Bachelorette.

Colton Underwood is currently dating Cassie Randolph, whom he met on his Bachelor season. Here's hoping everyone involved is in a better place now.