Home » Celebrities » CHRISTOPHER STEVENS: If you hear 'Priority!' on a zoo's Tannoy, run!

CHRISTOPHER STEVENS: If you hear 'Priority!' on a zoo's Tannoy, run!

CHRISTOPHER STEVENS reviews last night’s TV: If you hear ‘Priority! Priority!’ on a zoo’s Tannoy, run for your lives

You never want to meet Mr Skylight. That name over the Tannoy system is code aboard some cruise lines, for a medical emergency on the ship.

Mr Mob is Mr Skylight’s accident-prone friend: he signifies ‘Man Overboard’. If you’re on the Tube, hope that you never hear a message for Inspector Sands — that’s the warning to staff that a fire has broken out.

The triple priority on Inside The Zoo (BBC2) didn’t announce a man-eater on the loose, luckily. The biggest threat was to the zoo’s canteen: one of the Ethiopian gelada ‘baboon’ babies had wriggled out of its enclosure and was on the lookout for food. 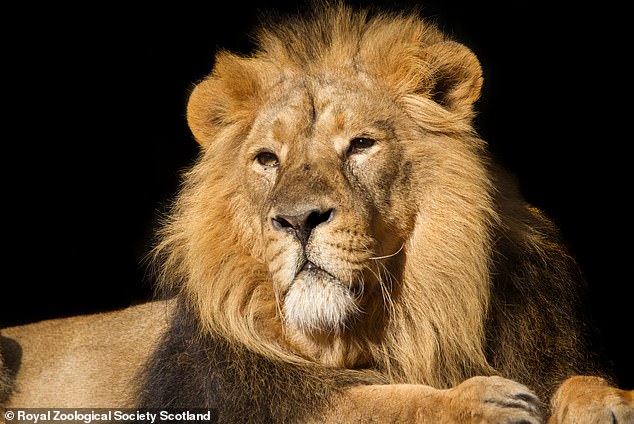 Like its cousins The Secret Life Of The Zoo on C4 and BBC1’s Animal Park, the Scottish zoo series Inside the Zoo (BBC2) offers an entertaining blend of the familiar and the surprising, the top-of-the-bill breeds and the unknowns

Geladas are fussy eaters, if Auntie Alice is typical. This elderly animal, who was hunched over with a curvature of the spine, expects to be fed treats by her indulgent keepers. She likes potatoes but not in their jackets, peeling the skins off before she will consume them.

Like its cousins The Secret Life Of The Zoo on C4 and BBC1’s Animal Park, this Scottish zoo series offers an entertaining blend of the familiar and the surprising, the top-of-the-bill breeds and the unknowns.

The headliners this time were giant pandas Tian Tian and Yang Guang, who were busy not doing the one thing that pandas everywhere refuse to do: they weren’t breeding. Every year, the staff wheel out the panda incubator, in the hope of little paws, and every year the animals give a shudder and turn their backs, as if to say: ‘I am not that sort of bear, thank you very much.’

Frankly, Paddington is more likely to get pregnant than the average panda. To emphasise the point, Yang Guang developed an illness that meant he had to be castrated. It’s as though they actually want to be extinct.

The pine hoverflies at the Highland Wildlife Park in the Cairngorms were no better. You might imagine that, if there’s one thing the Scottish wilds don’t lack, it is winged insects.

But these hoverflies are so endangered that every larva in a jam jar was reason for rejoicing. The zoo raised 16 last year. 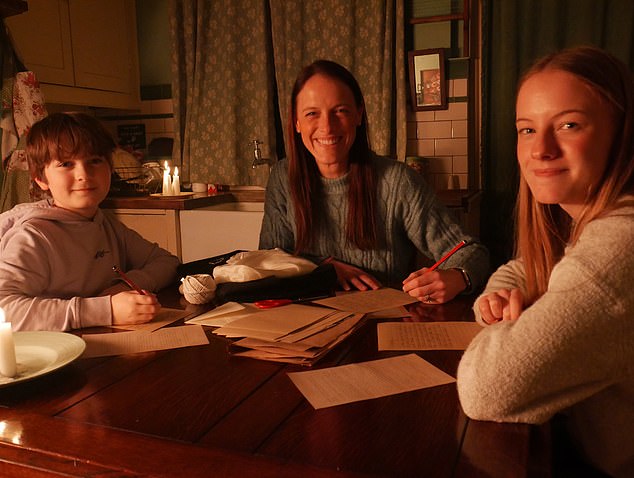 The young family recreating life under rationing, in Wartime Britain: Keep Calm & Carry On (C5), were tucking into meals that would delight any gelada baboon — mock chocolate spread made from cocoa powder and potato, followed by a frozen carrot on a stick.

This history lesson is a version of BBC2’s Back In Time series, done on the lowest budget possible. Mum Louise, with her children Amelie, 13, and Bryson, nine, dressed up in 1940s garb, sewed clothes made from muslin and parachute silk, tried out a few big band dance steps and attempted the recipes in a Ministry of Information pamphlet.

It was all so cheap and cheerful that this was more like a school lesson than a documentary.

If Channel 5 persists with this make-do-and-mend approach to TV, we might as well listen to the wireless instead.