Christian Bale is one of Hollywood’s most versatile actors and has been for years. He can star in a compelling, indie drama or a big-budget blockbuster and do great work in either setting. He’s been making movies since childhood, so at this point, he clearly knows what he’s doing. Bale also has a penchant for changing his body for some roles to a rather extreme degree. One part forced him to adopt the drastic habit of eating nothing but tuna and apples. But which movie caused him to have to do that?

According to Bale’s IMDB profile, he was born in 1974, meant he made his debut on-screen around the age of 12 in 1986. Bale’s first acclaimed role was Steven Spielberg’s Empire of the Sun.

In 1992, he got the starring role in Disney’s musical comedy Newsies. Since then, Bale’s oeuvre represents an eclectic mix of roles in films such as:

As you can tell from the roles listed, Bale has some serious range. This is certainly due to his acting ability itself, which is considerable. But what colors Bale’s performances is his dedication to each role he takes on. He commits fully to each one, attempting to top each performance.

He also uses his body as an instrument and puts it through major changes if required.

The dedication of Christian Bale 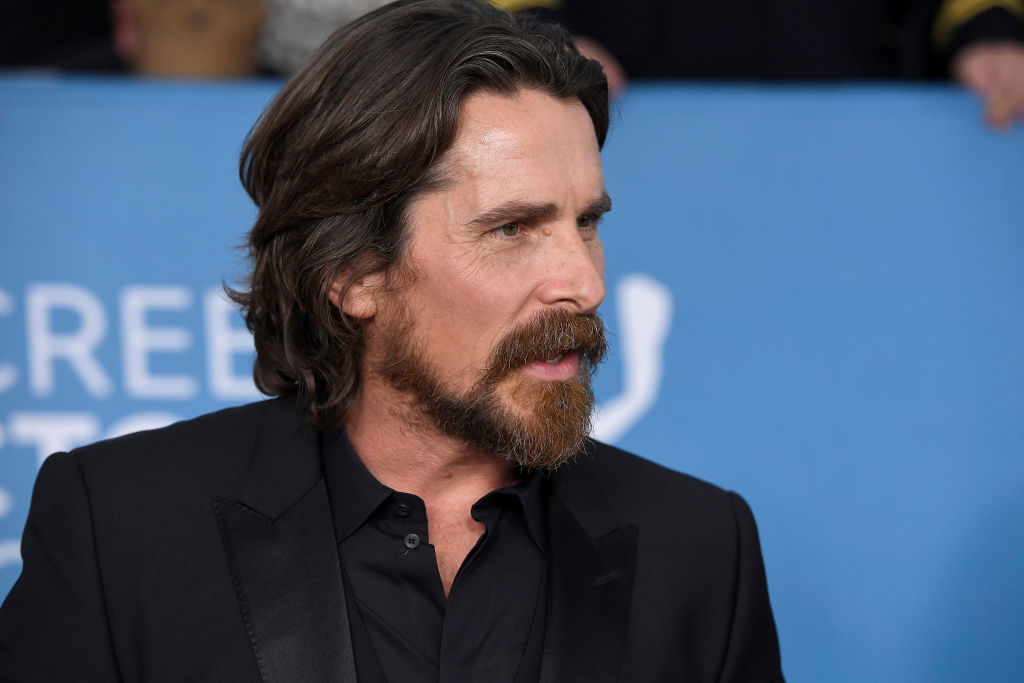 Bale is known for his dedication to his roles as well his willingness to transform his body to ridiculous extremes. For example, in the film American Psycho, he got in ridiculously good shape.

For the Batman series, he needed to be muscular — to the level of a superhero. In the film Vice, Bale played former vice president Dick Cheney. Along with wearing makeup that made him appear much older than he was, he gained a significant amount of weight for that film. He also gained weight for David O. Russell’s American Hustle.

It’s never clear what Bale’s body is going to look like from year to year — it all depends on the characters he’s playing. One thing is for sure, however: he’s willing to do just about anything for the right script.

But what role confined him to a limited diet of canned seafood and a single piece of fruit each day?

The role Christian Bale starved himself on tuna and apples for

According to Men’s Health, Bale dropped more than 50 pounds to prepare for a role in the 2004 mystery The Machinist. In the film, Bale portrays a factory worker who’s being followed by a mysterious man, causing him to forego all sleep and drop a large amount of weight.

In order to assume the gaunt figure required for the character, Bale went on a strict diet of apples and tuna out of the can for months on end. When shooting wrapped, he lifted weights and binged on pizza and ice cream to gain back the muscle mass he needed to portray Bruce Wayne in Batman Begins.

This role may be Bale’s most stunning transformation, though he’s had plenty of them in his career. According to an interview Bale conducted with E!, his days of transforming his body may be at an end:

“I’ve become a little bit more boring now, because I’m older and I feel like if I keep doing what I’ve done in the past I’m going to die. So, I’d prefer not to die.”

Bale may not be as willing to gain and lose so much weight, but there’s no doubt his performances will still be solid. He’s almost incapable of turning in a bad one at this point in his career.

Related posts:
This Morning's Holly Willoughby speechless as animal psychic gives her shocking message from her cat Bluebell
Omar Apollo Reminisces on Old Feelings in "Kamikaze"
Popular News
Ashley Graham Reunites with 9-Month-Old Son Isaac After Walking Runways for Milan Fashion Week
26/09/2020
Man Utd wonderkid Ramon Calliste, called ‘the next Giggs’, now owns luxury watch business and makes £5m a year – The Sun
26/03/2020
Megan Thee Stallion Addresses Criticism Over Twerking: ‘I Love to Shake My A**’
26/03/2020
Police guard shops to stop coronavirus panic-buyers and enforce social distancing – The Sun
26/03/2020
Coronavirus: Good Morning Britain’s Dr Hilary reveals ‘game-changing’ self-testing kit
26/03/2020
Recent Posts
This website uses cookies to improve your user experience and to provide you with advertisements that are relevant to your interests. By continuing to browse the site you are agreeing to our use of cookies.Ok