Chrishell Strause spoke out on social media amid rumors that she had an affair with her Dancing with the Stars partner Gleb Savchenko. Strause’s statement comes after Savchenko’s estranged wife, Elena Samodanova, accused him of ongoing infidelity. Here’s what you need to know about Chrishell Strause’s response to those Gleb Savchenko rumors.

Strause denied rumors that she had an affair with Savchenko in an Instagram Story on Friday, Nov. 6. "I am so saddened about the news of Gleb and Elena’s split. Having gone through a public split myself, I would not wish this on anyone," she wrote, referencing her high-profile divorce from Justin Hartley. "As you can imagine, the countless hours of training, and dance rehearsals has created a strong supportive friendship, but nothing more. I wish nothing but the best for both Gleb and Elena during this unfortunate time."

Strause’s post came just hours after Savchenko and Samodanova broke the news about their split on social media. Savchenko announced the couple’s split in an Instagram post that featured a family photo with their two kids. "It is with a heavy heart that I tell you my wife and I are parting ways after 14 years of marriage," he said. "We still intend to co-parent our wonderful children together who we love so dearly, and we will strive to continue to be the best parents that we can to them." 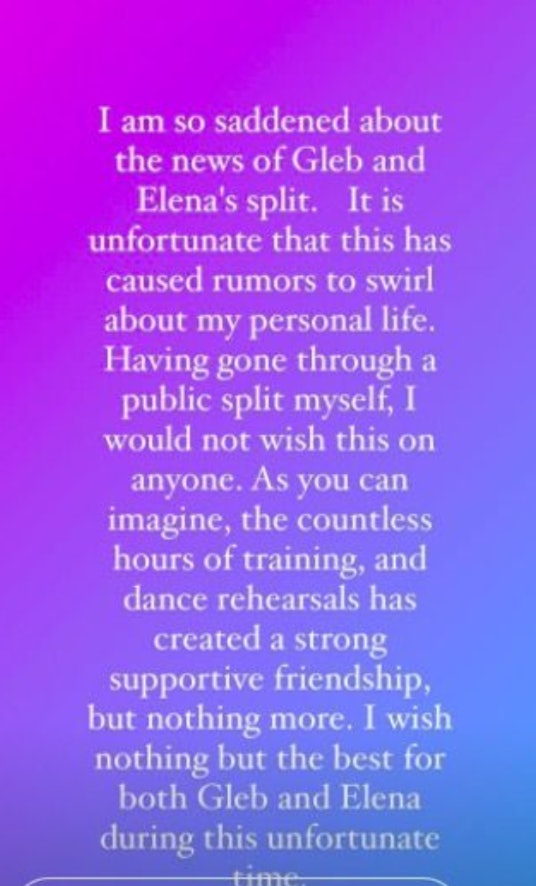 Fans had been speculating about an affair between the DWTS partners after Samodanova told People magazine that Savchenko’s infidelity was a reason behind the split. "After 14 years of marriage, and multiple affairs, I’ve decided enough is enough," Samodanova said. "Gleb and I have created a family and multiple businesses together. But apparently, it just wasn’t enough to keep our marriage strong. Gleb’s ongoing infidelity and a recent inappropriate relationship has created turmoil in our marriage and absolutely torn our family apart."

Slavchenko denied his estranged wife’s accusations in a statement to People. In the statement, Savchenko explained that his friendship with Strause was not the reason behind their split, but rather "longstanding issues" in the marriage were to blame. To put an end to the internet rumors, Savchenko reiterated, "My relationship with Chrishell was and remains strictly platonic." 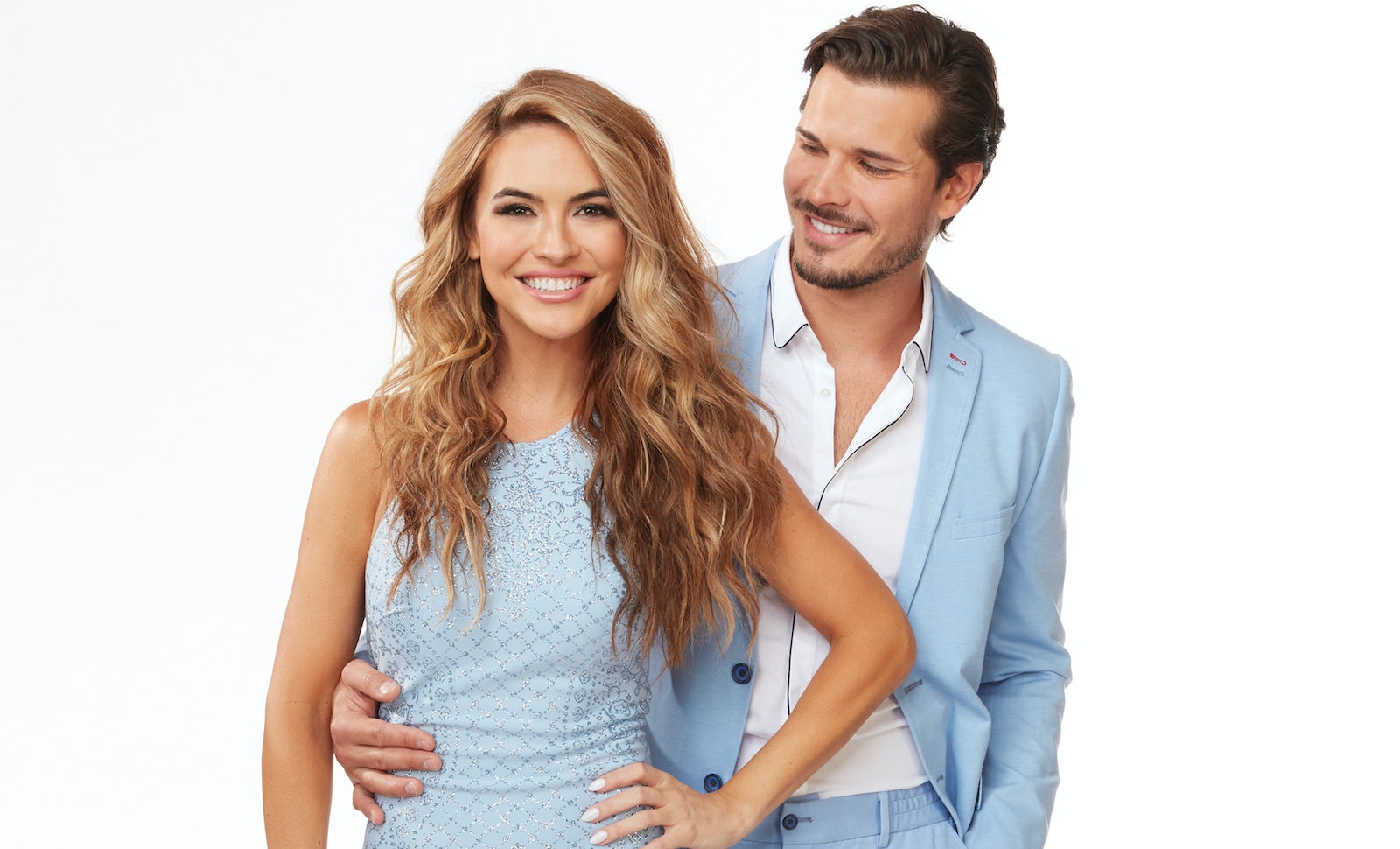 From both Strause’s and Savchenko’s statements, it sounds like they kept things strictly platonic during their time as dance partners, so it looks like all those rumors are finally squashed.