Justin Hartley‘s new romance with Sofia Pernas is heating up.

As we’ve shared, the two actors — who previously worked together on The Young and the Restless — sparked romantic rumors after they were spotted kissing last week as she dropped him off at the Southern California Orthopedic Institute and later picked him up. The new relationship for Justin comes after his November 2019 separation announcement from wife Chrishell Stause.

A source spilled to ET that the former co-stars “are newly dating and are enjoying their time together.”

“The couple has spent time together during quarantine and has taken the time to get to know one another better, as they have worked together in the past but weren’t romantic.”

But as for Justin’s split from the Selling Sunset star, she apparently isn’t taking it too well:

“Chrishell is upset because they only split at the end of 2019, but she understands they both need to move on.”

It’s unclear how things started up between the 43-year-old, who played Adam Newman on the soap from 2014 to 2016, and the 30-year-old, who played his nephew’s love interest, Marisa Sierras. Interestingly enough, Chrishell was also on the show, playing Bethany Bryant back in 2016. It seems like we can assume they ALL knew each other!

Following the season 2 premiere of her Netflix series, Selling Sunset, Chrishell talked to ET about the This Is Us actor last week, saying:

“I obviously really, truly love him and it’s unfortunate the way that everything happened and the timing of everything. I still had a month to plot shooting the show when this all went down. Hopefully we can get to a place where one day we will look back at this and laugh. I don’t know, hopefully. It’s very unfortunate and relationships are hard.”

A confidant previously revealed to People more of what went down behind the scenes to cause Stause and Hartley’s breakup after years together:

“He’s reached a new level of fame thanks to the show and he doesn’t want to close many doors right now, and that’s not necessarily the path Chrishell is looking to take. She thought babies would happen soon after they got married, but it just hasn’t worked out.”

They added at the time:

“Yes, they’d had some problems, but she certainly never thought he would just go and suddenly file for divorce, and not even try to save things.”

Any thoughts on this relationship, Perezcious readers?? Let us know (below) in the comments!! 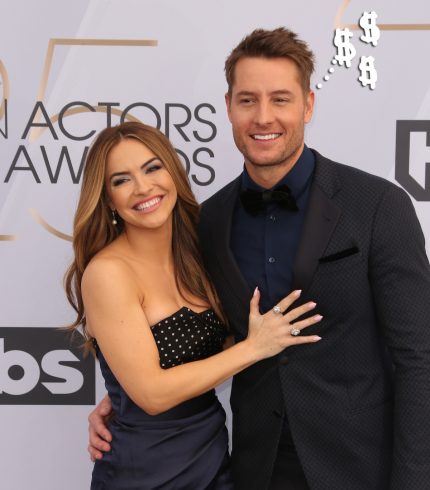