Home » Celebrities » Charley Webb: ‘Missing each other like crazy’ Emmerdale’s Debbie speaks out after gift

Charley Webb: ‘Missing each other like crazy’ Emmerdale’s Debbie speaks out after gift

While Emmerdale actress Charley Webb, 32, is housebound with her husband and Emmerdale star Matthew Wolfenden, as well as their three kids Buster, Bowie, and Ace during the coronavirus lockdown, the soap star admitted how she is feeling “emotional” and missing the rest of her family “like crazy”. The ITV star spoke out but said how “lucky” she is despite the circumstances to her Instagram followers.

Made me feel emotional, we’re all missing each other like crazy.

The actress informed her followers that she is missing her family “crazy” amounts during the lockdown, especially her sister Cassie Lomas.

After receiving a postcard which featured a snap of Kate Moss, 46, Charley’s “absolute favourite model”, from Cassie and her family, the soap star wrote to her 429,000 followers: “Cute little postcard arrived from my sister and the kids.

“Made me feel emotional, we’re all missing each other like crazy.”

Charley then expressed how “lucky” she feels as coronavirus spreads across the country. 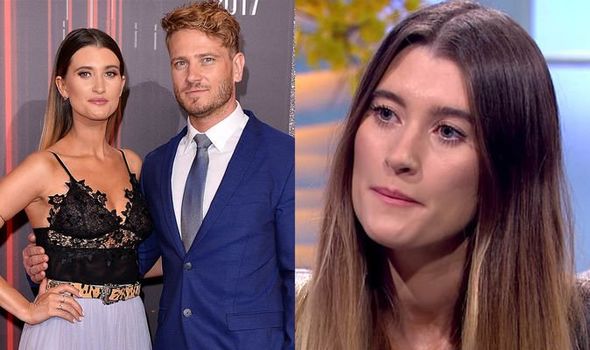 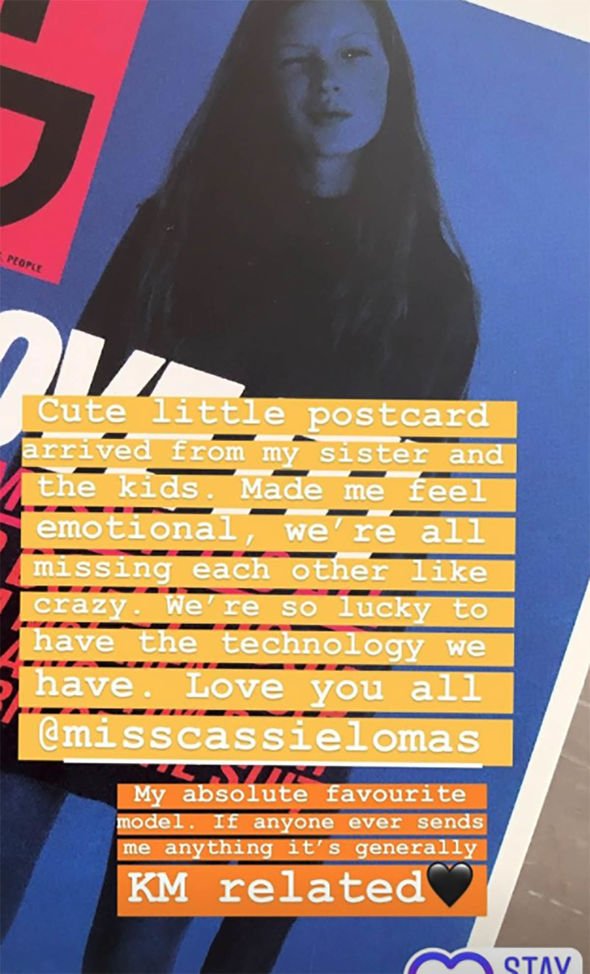 The Emmerdale actress added: “We’re so lucky to have the technology we have. Love you all @misscassielomas.

“My absolute favourite model,” while referring to the shot of Kate.

Charley then continued to say: “If anyone ever sends me anything it’s generally KM related.”

Yesterday, followers of Charley saw the mother-of-two out with Buster and Bowie on one of their “daily” walks. 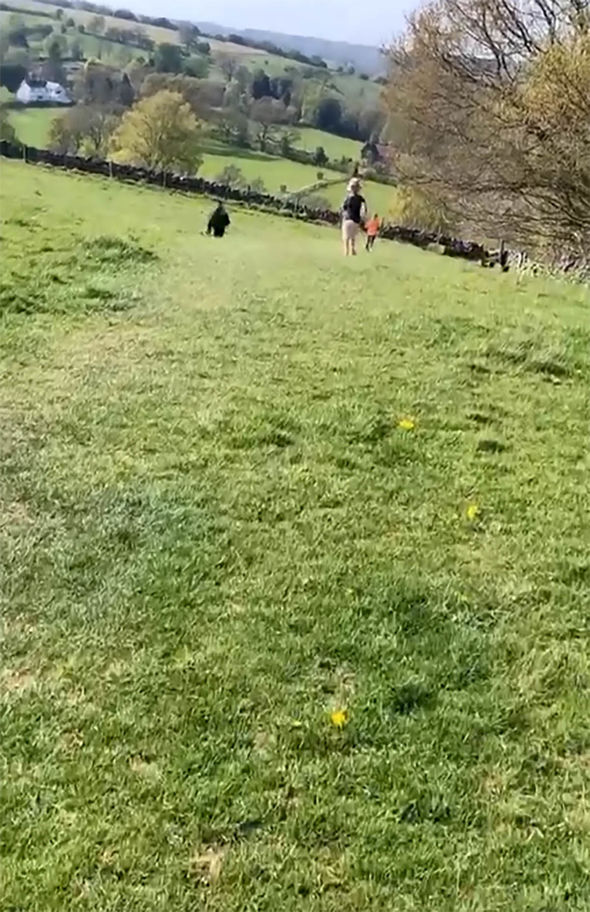 It’s my big brothers birthday today. The most ridiculously over protective big brother there is. Literally drives me mad everyday but I do love him @jamielomas21

Alongside some pictures of their countryside surroundings and her two boys, Charley told her followers: “Daily walk, so lucky to have this right near to our house.”

While out in the sunshine, the star also posted a video of Buster and Bowie running down the hill with their dog, while she followed behind.

Meanwhile, Charley also wished her brother Jamie Lomas a happy birthday on her Instagram page as she was unable to visit him due to the coronavirus pandemic.

While the actress shared two photos of the two of them to her page, including one of Jamie walking Charley down the aisle on her wedding day, Charley wrote to Jamie: “It’s my big brother’s birthday today.

“The most ridiculously over protective big brother there is.”(sic)

She continued: “Literally drives me mad everyday but I do love him @jamielomas21.”

Soon after the star wished the Hollyoaks star a happy birthday, the actor replied with: “Omg I miss you all so much x.

Following on from Charley’s message, the pair then received many comments from fans who had no idea they were siblings.

One wrote to the Emmerdale star: “Happy birthday Jamie! Can’t believe yous are brother and sister. My favs.”

Another then added: “Wow never knew you were siblings. happy birthday Jamie.”

One fan even wrote to Charley: “Gosh your oldest son is the image of you in the first picture.”