Charley Webb said she was subjected to “abuse” while at the supermarket as she tried to make people keep their distance. Emmerdale’s Debbie Dingle spoke on Twitter in reply to a post by Piers Morgan.

The 32-year-old has been tweeting the outspoken Good Morning Britain host regualarly throughout the coronavius pandemic, as he continues his fight for stricter measures.

The 54-year-old initially urged Prime Minister Boris Johnson to shut the likes of pubs and restaurants, and now he has urged him to start a “proper lockdown”.

He spoke out angrily in view of his 7.2 million followers yesterday, following the news the PM had tested positive for the illness.

The father-of-four blasted: “If our Prime Minister, Health Secretary & Chief Medical Officer have all gone down in one day, can someone explain why it still makes any sense for millions of non-essential workers to be going to work? 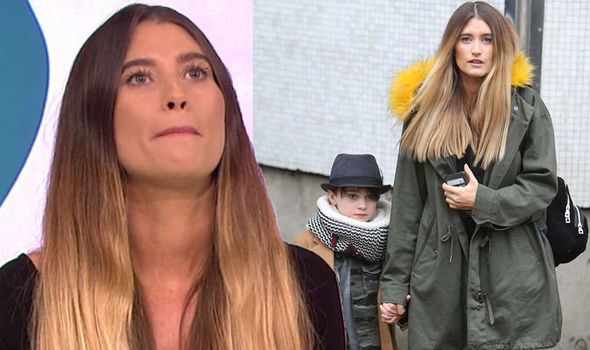 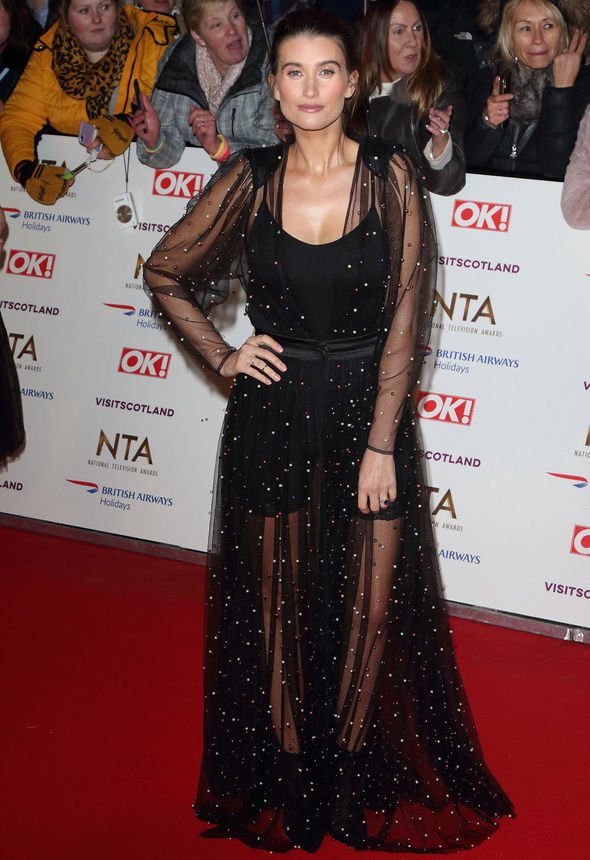 “This is insanity. Britain needs to properly lockdown – NOW.”

He continued: “How many crucial NHS heroes are millions of non-essential workers infecting with #Coronavirus right now on the transport system up & down Britain, thus risking their health/lives & removing them from the frontline?

“None of this Govt. strategy makes any sense.”

Piers also reiterated: “The fact Britain’s 3 most important people in the battle against Coronavirus have gone down on the same day says everything about our woeful & I fear disastrous social distancing strategy. 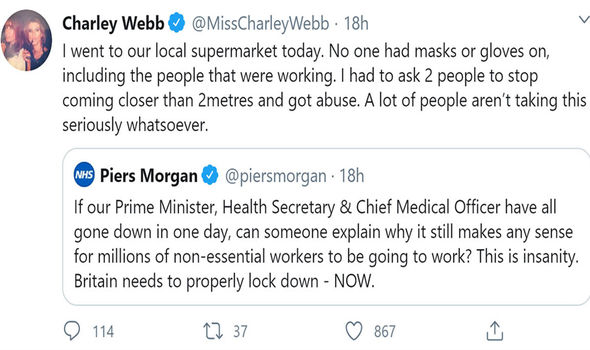 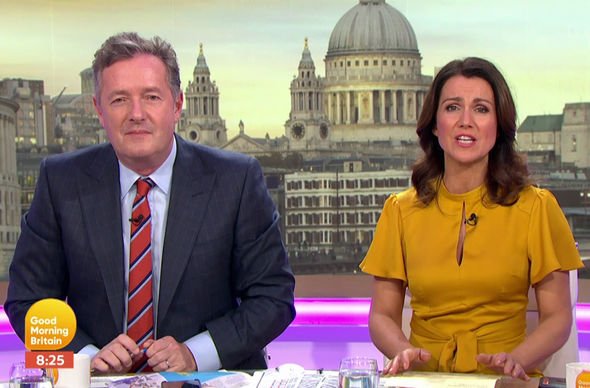 “They can’t even practice it properly themselves.”

Charley went on to respond saying she was trying to do her bit but it had ended in her suffering “abuse”.

She told her own 444,000 followers: “I went to our local supermarket today. No one had masks or gloves on, including the people that were working.

“I had to ask 2 people to stop coming closer than 2 metres and got abuse.”

Emphasising her point, she added: “A lot of people aren’t taking this seriously whatsoever.”

She was soon inundated with replies, with many agreeing with her and recalling their own experiences.

One fan said: “My neighbour wandered into my garden yesterday whilst I was on my driveway! He accused me of being rude because I was shouting, ‘Stay back, stay back’!

“What the hell is wrong with people? Have they been living under a rock for weeks?? X.”

A second said: “I’m in Tadcaster and it’s so good, but my mum’s in York and she said one street on Wednesday was actually having a party all drunk about 30 stood side to side.

“Then the next street there was a bbq – some people are just moronic.”

Charley told them it was “absolutely unbelievable”.

It comes just days after Charley Webb’s Emmerdale co-star questioned her Piers Morgan move, saying: “Why you asking him?”