Cardi B and Offset are partying their way into 2021! The ‘WAP’ singer was seen twerking on her husband while celebrating on a luxe yacht.

Cardi B is already living her best life in 2021! The singer partied her way into the new year with husband Offset on a luxury yacht, and was seen twerking on the Migos rapper’s Instagram Story. The “WAP” hitmaker rocked a pink, sequin bikini and oversized, bedazzled hoop earrings. Cardi also styled her hair in a half up half down look, as she showed off her dance moves during the lavish yacht party.

One day prior, on New Year’s Eve, the 28-year-old Grammy winner put a call out to her millions of Twitter followers as she asked for advice on how to avoid a hangover. “What do you guys recommend for hangovers?,” she tweeted along with a pair of laughing and crying emojis. “I’m trying to see double on New Year’s Eve but I want to be good In the a.m.”

“Bacon and bloody marys,” one fan wrote in response to her now viral tweet. Meanwhile, some followers offered much more candid suggestions, including one that read, “Just take two or three charcoal pills when u start drinking… SPOILER ALERT: Your poop will be grey until the after lunch poop cycle kicks in.” 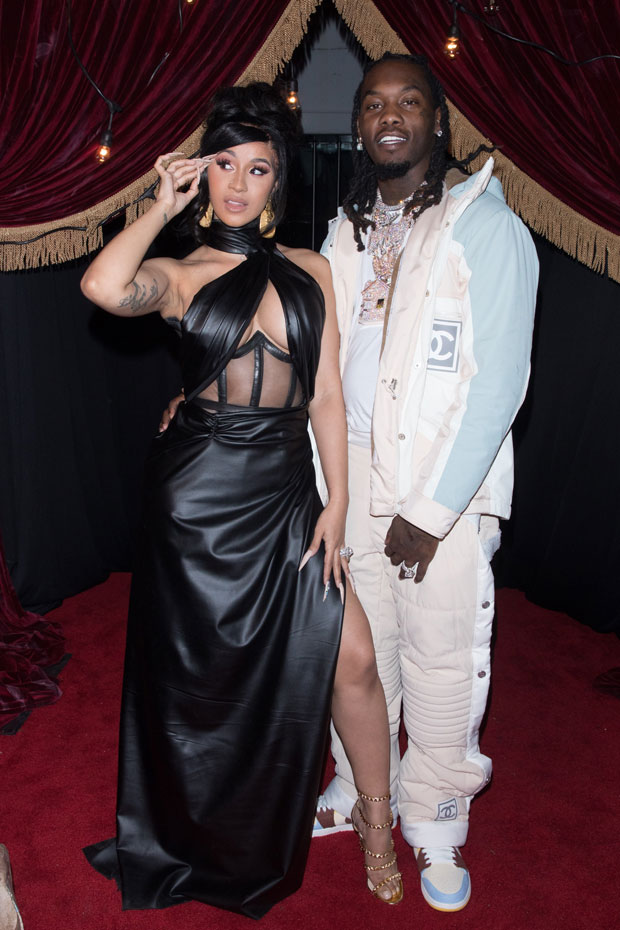 It’s unclear where the couple’s New Year’s Eve plans took place, however Cardi did post a video on a private jet to her Instagram Stories. The mom of one, who shares her daughter Kulture with Offset, posted a snap of her hubby playing cards with friends while the group jetted off to an undisclosed location. Judging by their NYE content on the lavish yacht, it seems they jetted off somewhere tropical to escape the winter chill. In addition to partying, the rapper also made an appearance on TikTok Live at 9:30 p.m. ET during the app’s New Year’s Eve special.

Related posts:
The Masked Singer: Blob ‘unveiled’ as Lenny Henry as fans spot huge clue
Beyoncé Just Surprised Us With Never-Before-Seen Footage of Her Kids
Popular News
Michael McIntyre 'thrilled' as The Wheel is recommissioned for second series
24/01/2021
Man Utd wonderkid Ramon Calliste, called ‘the next Giggs’, now owns luxury watch business and makes £5m a year – The Sun
26/03/2020
Megan Thee Stallion Addresses Criticism Over Twerking: ‘I Love to Shake My A**’
26/03/2020
Police guard shops to stop coronavirus panic-buyers and enforce social distancing – The Sun
26/03/2020
Coronavirus: Good Morning Britain’s Dr Hilary reveals ‘game-changing’ self-testing kit
26/03/2020
Recent Posts
This website uses cookies to improve your user experience and to provide you with advertisements that are relevant to your interests. By continuing to browse the site you are agreeing to our use of cookies.Ok