Kevin Mayer and Tom Staggs have been around the media business long enough to resist the temptation to overreact to Netflix’s latest travails. Even though their emerging investment firm, Candle Media, owns two key Netflix suppliers—CoComelon production company Moonbug Entertainment and Fauda producer Faraway Road—they don’t seem too concerned that Netflix may topple from its perch. (And at press time, the previously unthinkable scenario has become a lot more, well, thinkable.)

“We are still big believers in streaming overall, now and in the long run,” Mayer says. “The addressable market is enormous, and it continues to grow as consumers expect and demand the convenience that streaming provides.”

Comments from Netflix executives during the company’s recent quarterly report, which helped lower the company’s value from $300 billion to $100 billion, “highlight the battle for customer acquisition and retention,” Staggs says. Killer content is generally the answer to that challenge, he insists, which is what drives their operation. “In fact, increasing competition and current economic headwinds actually underscore the importance of differentiated content,” adds Staggs. “And that’s exactly where we’re focusing with Candle.” 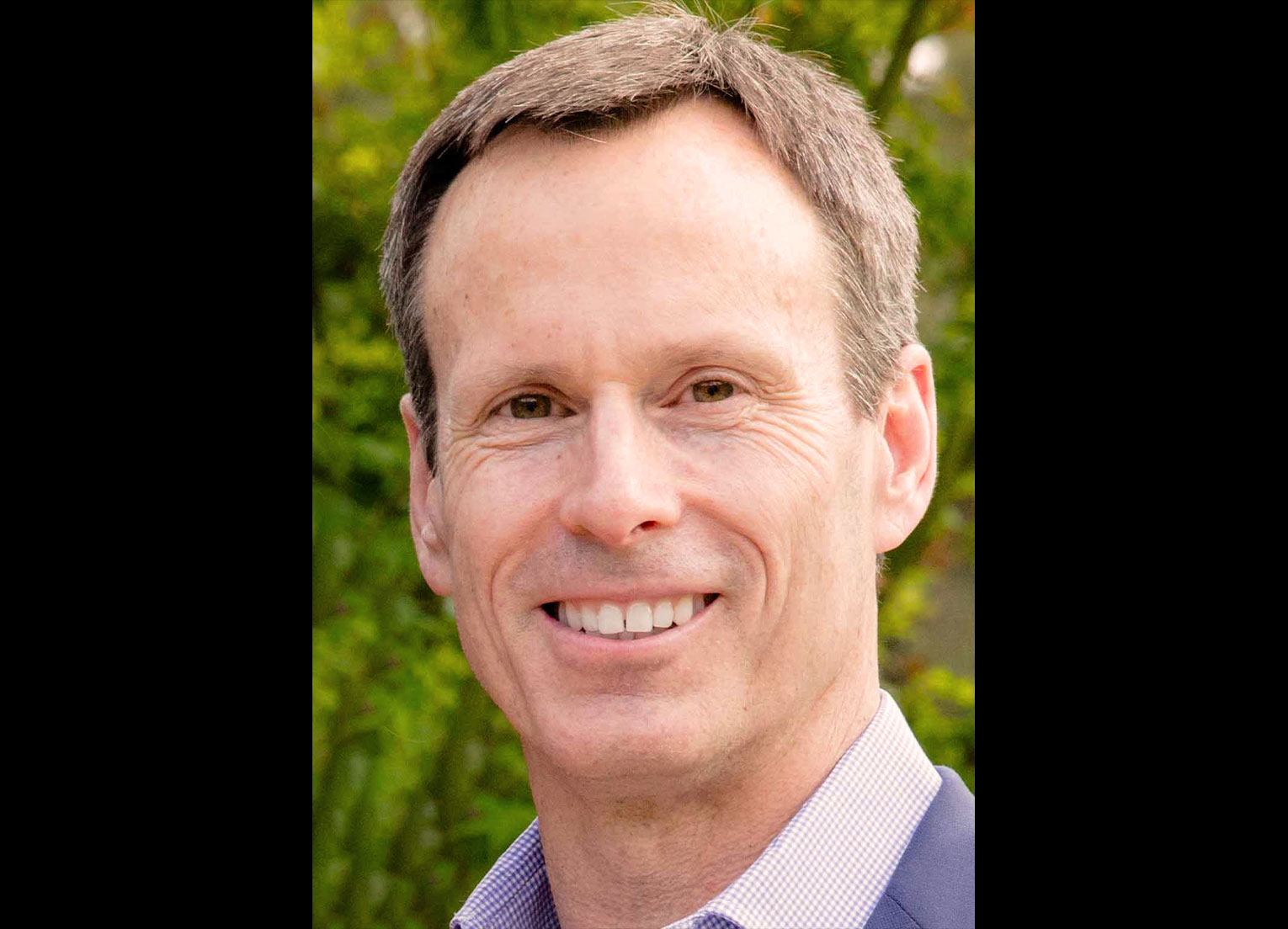 Before founding the company last year with about $2 billion in backing from private equity giant Blackstone, Staggs and Mayer worked together as senior executives at Disney for more than two decades. As Mayer sees it, their newest venture has thus far been “completely seamless”.

At Disney, the early part of their tenure was marked by a memorable episode back in the pre-streaming days of 2004. At the behest of former CEO Bob Iger, they investigated the then-new theory of the “long tail” of content propounded by magazine editor and writer Chris Anderson. They produced a document called Disney 2015 that predicted mediocre content would no longer be sustained by a marketplace bursting with new technology and well-defined niche audiences. They presented it during a board retreat in Orlando.

Both Staggs and Mayer, who were seen as likely successors to Iger, helped engineer major transactions, like the acquisitions of Marvel, Pixar and Lucasfilm. Mayer’s run was highlighted by his time leading the strategic planning group and then launching Disney+. Staggs was CFO, COO and head of theme parks.

Mayer was passed over for the top job at Disney in favor of Bob Chapek. The announcement of Chapek’s elevation revealed that Mayer was ending his decades-long Disney tenure to become CEO of TikTok. But then, within three months, Mayer had left the Chinese-born social video platform amid heightened scrutiny by the Trump Administration and constant threats of a forced shutdown in the U.S. Along the way, Mayer also became chairman of sports streaming outlet DAZN. Together, Mayer and Staggs preceded Candle with a special-purpose acquisition company, or SPAC. Despite some dings suffered by once-high-flying SPACs, the duo says theirs is still active, though Candle is their priority. (Both names also have been floated in connection with potential top roles at Warner Bros. Discovery or even Disney, but they remain steadfastly centered on their new venture.)

They are operating in a different price neighborhood than in the Disney days, but in a way that makes the chase even more interesting. The $71.3 billion acquisition of most of 21st Century Fox, which Mayer helped orchestrate, is several universes away from Candle’s sweet spot, but the upside is therefore a lot greater. The goal, now as it was then, is to recognize an undervalued business and inject resources into it with the aim of turning it profitable. And the vibrant M&A market, especially as every player grapples with the streaming transition, means potentially transformative deals lurk around every corner.

Candle bought Moonbug for $3 billion last year, on the heels of taking a significant stake in Reese Witherspoon’s Hello Sunshine in a deal valuing it at $900 million. Candle also took a stake in Westbrook, Will Smith and Jada Pinkett Smith’s production entity.

Mayer and Staggs see potential to further develop the companies they have bought into. Hello Sunshine is considering a kids entertainment portfolio, and Moonbug’s line has added properties like Blippi and Little Angel—the latter a YouTube network with 88 million subscribers.

While the price tag for Moonbug caught a lot of casual observers by surprise, anyone whose preschooler has been entranced by CoComelon understands its magnetism. Having seen the enormous clout of kids’ fare at Disney, Mayer and Staggs are hoping the same kind of dynamic can pay dividends at (for now) a smaller scale.

“CoComelon is not only the largest channel on YouTube, it was also the second most streamed program on Netflix last year,” Mayer says. From Netflix’s point of view, “this degree of popularity and repeat viewing makes it among the most efficient programs on their service.”

The reason to pursue independent companies is simple, Mayer said. “Hollywood is now architected due to streaming services… everyone is vertically integrated. HBO Max can’t license from Disney and vice versa, and if you want to license content that you don’t have, or you don’t have the capacity to make content because you’re Apple TV+, then you’ve got independents to buy it, and the demand for such TV and film content is greater than ever and growing.”

Speaking of growth, the company’s staff at the end of 2021 consisted of just Mayer and Staggs. Since then, it has brought in Salil Mehta as CFO and Brent Weinstein as chief development officer. Most recently, it hired seasoned executives Courtney Cappa and Kendall Ostrow as, respectively, SVP, Finance & Accounting, and SVP, Business Development & Community.

Where will Candle look to go from here? “We’re focused on both investing in the growth of our existing operations and making additional acquisitions that expand our business and brands,” Staggs says.

Staggs sees two to three more deals in the near term, and though he kept mum on what field they will be in, they talk admiringly of the creator economy and ecommerce in addition to the production holdings already in the stable. Linear TV networks, which produce considerable cash flow but are in secular decline, are unlikely to join the portfolio.

The structure with Blackstone does not involve a traditional notion of veto power over potential investments, the top duo said, though the firm is Candle’s biggest shareholder. By keeping their investments forward-looking and their overhead modest, Mayer and Staggs say they are contemplating a public stock offering for the company down the line, though there is no urgency or timeline to that effort.

And what if the climate changes just months after an investment? Asked whether Will Smith’s calamitous Oscar-night slap of Chris Rock and all that ensued afterward is causing any sort of rethink of Candle’s Westbrook position, Mayer didn’t hesitate. “We’re holding steady with Westbrook and believe the team there will continue building a strong broad-based content business,” he says.

On a broader note, the M&A marketplace has remained hot, but the economic backdrop has grown more discouraging, with rising interest rates, Russia’s invasion of Ukraine and new waves of supply chain and employment angst weighing on investors. “We’d also expect the valuation reset we’ve seen in the public markets to be reflected somewhat in private market valuations as well,” Mayer says. That trend is “obviously a positive in the near term for us as a buyer.”

Candle isn’t just another passive investor. Mayer and Staggs say the combined team of internal Candle staffers and those working for companies they have invested in, numbers about 400. “We think of Candle as an integrated company,” Mayer says, and the aim is to encourage collaboration. Many principals at companies they invest in, including Witherspoon and Hello Sunshine CEO Sarah Harden, join Candle’s board as a result of transactions.

“We’d like to find, as I think we found already, some great companies with some great leadership that we can position through scale, through capital, through some expertise on synergy and branding and the like to really go further than they might’ve gone on their own,” Staggs says, “but without being heavy handed about their creative vision or what they’re trying to achieve as individual entities.”