Can Meghan And Harrys New Baby One Day Become President? 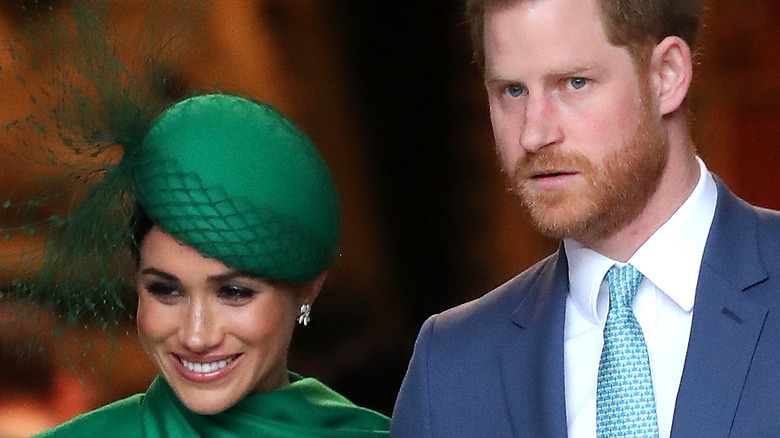 Like many Americans,  Meghan Markle admitted that she didn’t know much about Prince Harry when she met him, and even less about the royal family and the subsequent royal rules. But she quickly found herself having to teach herself nearly everything that would be coming her way once she became engaged to Harry. “There was no guidance,” Markle confessed to Oprah Winfrey in their nail-biting tell-all interview. “But, you know, unlike what you see in the movies, there’s no class on how to speak, how to cross your legs, how to be royal. There’s none of that training. That might exist for other members of the family. That was not something that was offered to me” (via Business Insider).

Well, Markle eventually figured all of that out, even learning how to do a killer curtsy — but that doesn’t mean everything else has been sorted. Due to the unusual circumstance of having an American in the royal family, it appears that nearly every day, there’s a new unknown to face. And most recently? People can’t help but wonder if Meghan and Harry’s children could one day become president.

Here are the qualifications of running for POTUS 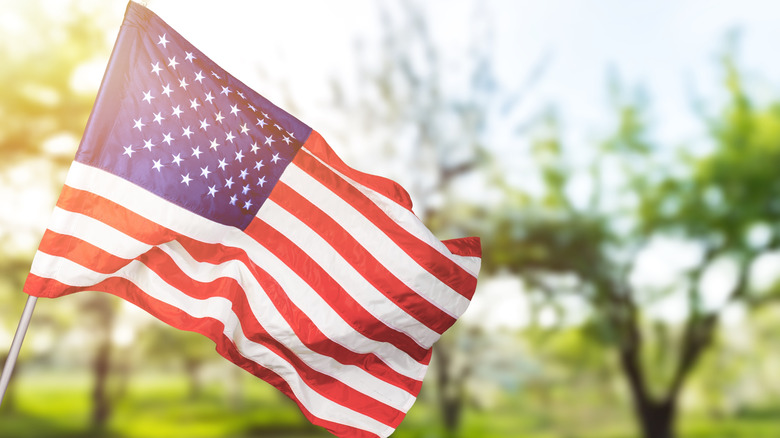 According to a Facebook post that went viral on February 24, Harry and Meghan’s children would be eligible to become POTUS one day. But when you click on the post, Facebook warns that “independent fact-checkers” say that this information could be misleading due to missing context.

So, is there any truth to the claim? Sources say yes.

First and foremost, it’s important to mention the qualifications that would make someone eligible to become President of the United States of America. According to Article II, Section 1 of the Constitution, the qualifications are stated as follows: “no Person except a Natural Born Citizen, or a Citizen of the United States, at the time of the Adoption of this Constitution, shall be eligible to the Office of President.” Additionally, per USA Today, the candidates must also be at least 35 years old and have resided in the United States for a minimum of 14 years. 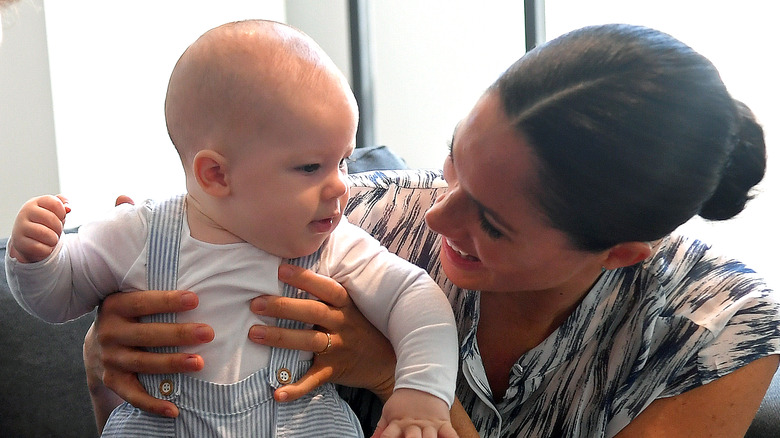 While Archie, the royal couple’s first born child, was born in London, sources say that the couple plans to raise him in America in order to keep him and their family out of the public eye (via the Express). But his birth across the pond will afford him dual citizenship with the U.K. John R. Vile, professor of political science at Middle Tennessee State University, explained to USA Today, “Children born of Prince Harry and Megan Markle in the United States would be citizens and would be eligible to run for president when they are old enough, but they would have to win this in an election rather than inherit the office.”

As for Lilibet, her birth on June 4, in Santa Barbara, California makes her American-born. As a result, she could theoretically legally become president one day, as well. According to royal expert and founder of Beaumont Etiquette Myka Meier, “This time, it will be an American-born baby, which is very different from the first. It also means that this baby technically could become president one day,” she asserted, per PureWow.

Does this clause make the Sussex siblings ineligible to run for president?

There’s just one issue, however. According to NPR, Archie is seventh in the line of succession for the British throne, while Lilibet is eighth. It’s unlikely that either sibling would ever see the throne, but this line of inheritance actually has the potential to stand in the way of either child running for president, serving as a conflict of interest under the Foreign Emoluments Clause (via USA Today).

The clause states that anyone holding any title or Office under United States law is ineligible to accept further titles under United Kingdom law, without “Consent of the Congress.” Therefore, Archie and Lilibet would essentially need to choose one or another: renounce their claim to the British throne or receive exemption from U.S. Congress in order to run for president.

But not to worry — neither child is even close enough to being old enough to vote, so we should have all these details sorted out by then.