Brielle Biermann’s mom, Kim Zolciak-Biermann, took to Instagram to share two gorgeous photos of her wearing a ‘seashell’ bikini while bravely posing with a snake draped over her neck.

Brielle Biermann, 23, is looking fantastic and fearless in her latest bikini pics! The daughter of Kim Zolciak-Biermann, 42, showed up on her mom’s Instagram in the snapshots and not only is she flaunting her figure in a light pink two-piece with a matching headband, but she’s also casually holding a gigantic snake! She has the reptile over her neck in the photos and is holding it with both her hands on both sides.

“My beautiful @briellebiermann wearing @saltykswim ‘SeaShells’ in color Lychee with matching headband 🔥🔥 (comes in a thong or cheeky bottom) don’t know what the hell possessed her to hold a 🐍 😫🙈,” Kim’s hilarious caption for the post read.

Followers quickly replied to the awesome pics and had nothing but nice things to say. “Brielle Spears is that you?” one follower joked, referring to Britney Spears‘ snake-included performance at the 2001 MTV Video Music Awards. “I love it.. she is a doll !! The snake well, I’m not to sure about.. 😂,” another cheekily wrote. 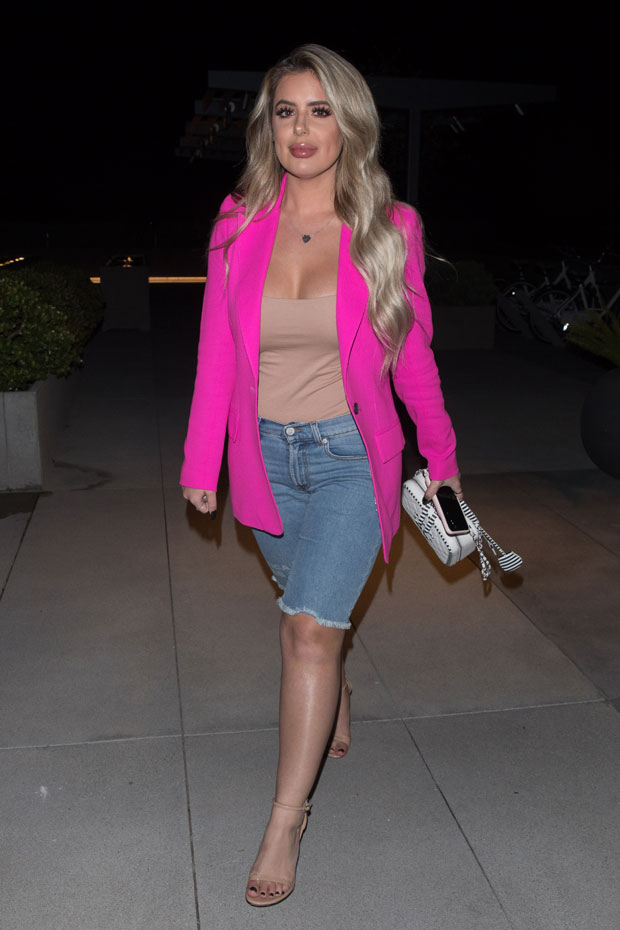 Kim’s latest pics of Brielle isn’t the first time her look-alike gal stunned in a bikini. The Don’t Be Tardy star posted numerous swimsuit photos of herself on Instagram last year and each one was truly eye-catching. From posing in a white bikini with a light pink bucket hat on the sand, to doing the same in a turquoise bikini in water, this beauty knows how to wow her fans in the best ways! What a glorious summer she had!

Brielle continued to get her fans’ attention with her first Instagram post of the new year on Jan. 3. The post included beautiful close-up pics of her while she was going through fittings for an unspecified outfit. She had her wavy dark hair down and her makeup was on point as she showed off a cute necklace. “quick lil selfie break during fittings ✨🥰,” she wrote in the caption for the post.

We hope to see more incredible photos of Brielle in the new year!

Related posts:
Billionaire media boss Sir David Barclay dies aged 86 after a short illness
Gigi Hadid Shares a Sweet Birthday Message for Zayn Malik
Popular News
Why Brown Is This Season’s Hottest Color
25/01/2021
Man Utd wonderkid Ramon Calliste, called ‘the next Giggs’, now owns luxury watch business and makes £5m a year – The Sun
26/03/2020
Megan Thee Stallion Addresses Criticism Over Twerking: ‘I Love to Shake My A**’
26/03/2020
Police guard shops to stop coronavirus panic-buyers and enforce social distancing – The Sun
26/03/2020
Coronavirus: Good Morning Britain’s Dr Hilary reveals ‘game-changing’ self-testing kit
26/03/2020
Recent Posts
This website uses cookies to improve your user experience and to provide you with advertisements that are relevant to your interests. By continuing to browse the site you are agreeing to our use of cookies.Ok