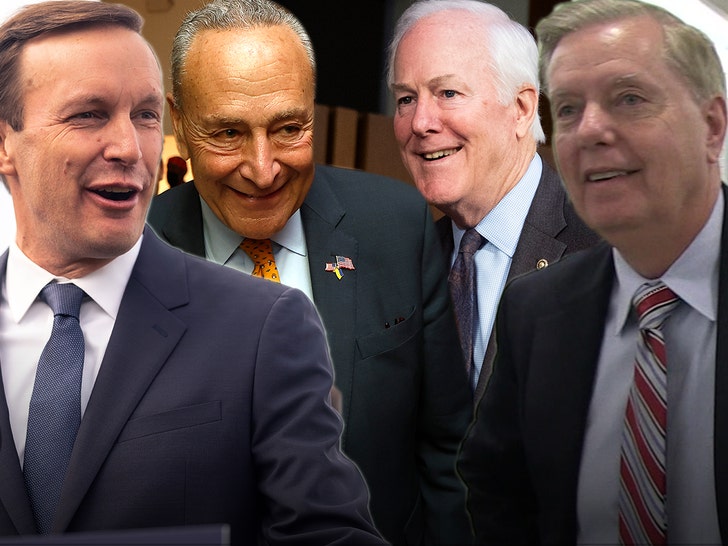 After two major mass shootings in the past month, it seems our elected leaders are finally doing something … because a new bipartisan framework for gun reform has been reached.

20 U.S. senators announced they’d struck a deal for the bones of would-be legislation that they hope to draft up soon and present to the Senate floor for a vote — consisting of 10 Dems and 10 Republicans, who’ve outlined key provisions they wanna address.

The background checks for those under 21 would include delving into their juvenile criminal records, if any, and health records. The red flag laws would give state-ran law enforcement the authority to temporarily strip guns from those that pose a risk to themselves or others. Unclear what the criteria for that might be, but based on the name … anything that stands out as a red flag might presumably be used to step in and stop unusual behavior.

There’s more … their framework also seeks to close the “boyfriend loophole,” meaning those who’ve been found to abuse their SOs can’t get their hands on a gun. Plus, they’re looking to crack down on straw gun purchasers as well as illegal unlicensed firearm dealers.

It’s not everything President Biden has said he wants in new gun control reform, but it’s a major first step — and the fact that this many Republicans are on board means it has a real chance of passing the Senate without a filibuster, assuming they maintain their positions.

Among the four Senators who led the charge … Chris Murphy (D), John Cornyn (R), Kyrsten Sinema (D) and Thom Tillis (R). The other Republicans include Romney, Portman, Toomey, Blunt, Graham, Cassidy, Collins and Burr. A handful of them are retiring this year.

Again, it’s not the assault weapons ban many have been calling for … but it’s something for now. There’s an even bigger committee in Congress working on more potential legislation.

The news comes after the Uvalde school shooting — where 21 people were gunned down, 19 of whom were children — and the Buffalo shooting … where another young man went out of his way to target Black people. In both instances, an AR-15 style weapon was used.

At last … a little bit of progress.