Home » Celebrities » BBC and ITV at war over Bradley Walsh, the 'new Brucie'

BBC and ITV at war over Bradley Walsh, the 'new Brucie'

BBC and ITV at war over Bradley Walsh, the ‘new Brucie’ – as TV star spends 28 hours on screen in 21 days

If you get the feeling that Bradley Walsh is looking back at you every time you switch on the television, you’re probably right.

The actor-turned-presenter – hailed by some as ‘the next Bruce Forsyth’ – is the most in-demand man on the box, clocking up almost 28 hours on our screens in the past 21 days.

Now The Mail on Sunday can reveal that the 60-year-old, who is reportedly worth £11.5 million, is at the centre of a bitter war between the BBC and ITV, which both want him to themselves. 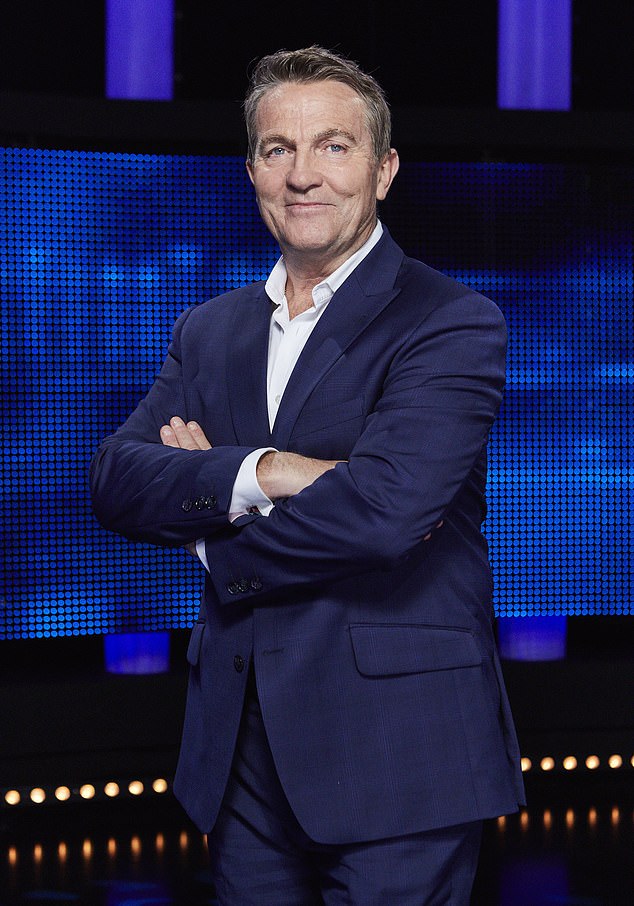 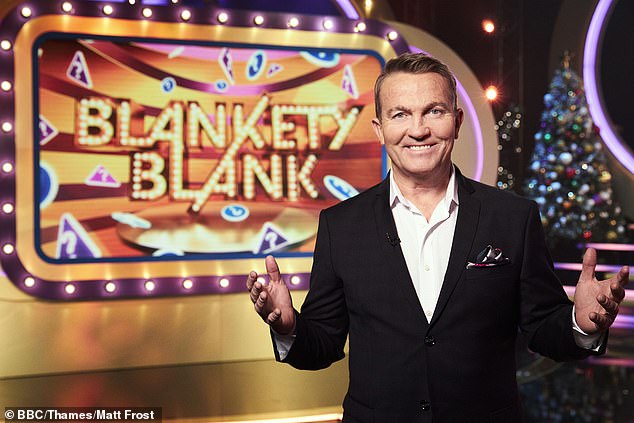 Bradley, pictured on Blankety Blank, has been on TV for 28 hours over the past 21 days

Sources close to the star say that he won’t sign any golden handcuffs deals yet and is enjoying being able to pick and choose what he appears on – whether it is as a presenter, actor or on documentaries.

In what is seen as a coup for ITV, Walsh will star in a remake of the drama The Darling Buds Of May later this year. He will play Pop Larkin, the character portrayed by David Jason in the original 1990s series.

However, it is also understood that he will front a new series of the BBC game show Blankety Blank after the Christmas pilot episode became the third most watched show of the day, attracting 5.3 million viewers. This is regarded as a win for the Beeb.

One source revealed: ‘There are some high up at the BBC who see him as the next Bruce Forsyth. Bradley is the man they want to present their Saturday night prime-time shows.

‘He is holding the cards. He is a ratings winner, so can have the pick of whatever work he wants. It has become a competition now: who can land Bradley?’

Over the festive period, the presenter/actor clocked up a total of 27 hours, 33 minutes and 30 seconds on our screens, across all networks, between December 20 and yesterday.

Of those, 23 hours were of Walsh hosting ITV quiz show The Chase or one of its spin-offs, such as the celebrity special, its ‘bloopers’ episode and Beat The Chasers, which aired from Monday to Friday last week. 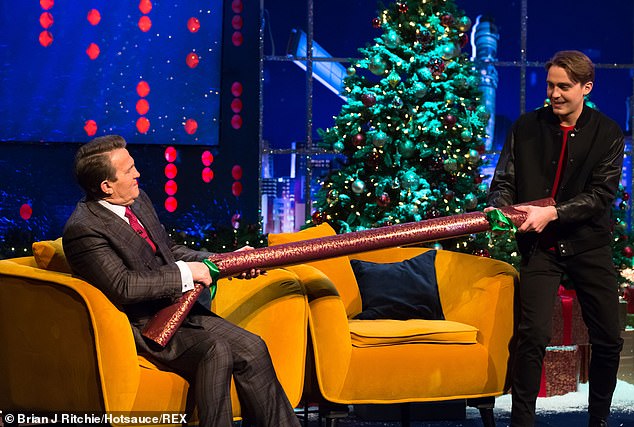 On Christmas Eve, Bradley appeared on the Jonathan Ross show with his son Barney on ITV 1 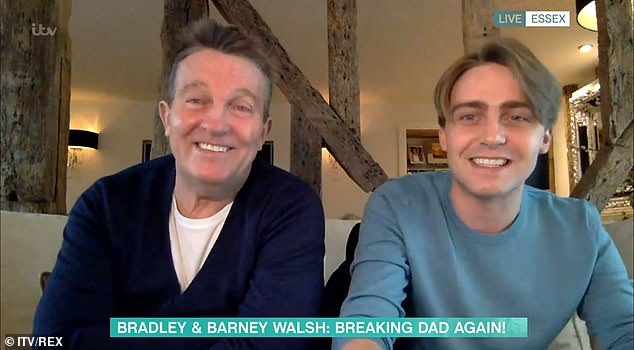 Bradley and Barney, pictured, were also on ITV’s This Morning on January 4 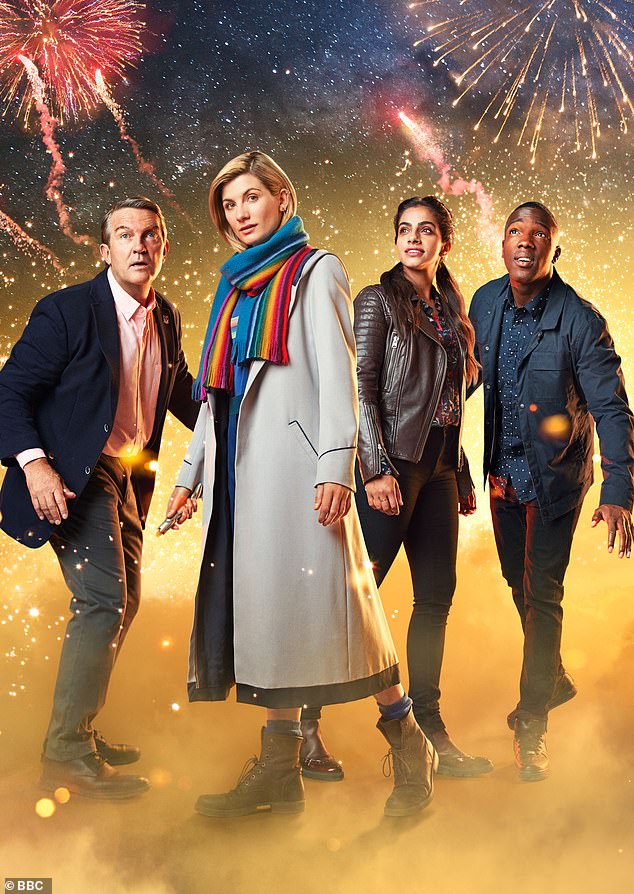 Bradley, pictured left, has also acted on the set of the long running BBC sci-fi show Dr Who

He also hosted a one-hour ITV programme called Bradley Walsh’s How To Win A Gameshow on December 20. On Christmas Day, he headed the BBC’s Blankety Blank for 40 minutes where he stepped into the shoes of the late TV legends Terry Wogan and Les Dawson.

And on New Year’s Eve, Walsh starred in his final outing as the Doctor’s sidekick Graham O’Brien in Doctor Who on BBC1. Two hours earlier, ITV viewers saw him front The Chase.

Walsh, who is married to actress Donna Derby, also has a show on ITV called Bradley Walsh & Son: Breaking Dad with his son Barney, 21. A new series starts tomorrow after it was cancelled last Monday to make way for the Prime Minister’s address to the nation. To promote all of these shows, he spent one hour on ITV’s Jonathan Ross Christmas special, and a further eight minutes and 30 seconds talking to Phillip Schofield on This Morning, also on ITV.

Before switching to showbusiness, he was a professional footballer, having played for both Brentford and Barnet.

Walsh is also a talented musician. He has released two albums: one of them, Chasing Dreams, was the best-selling debut recording by a British artist in 2016, beating former One Direction superstar Zayn Malik. 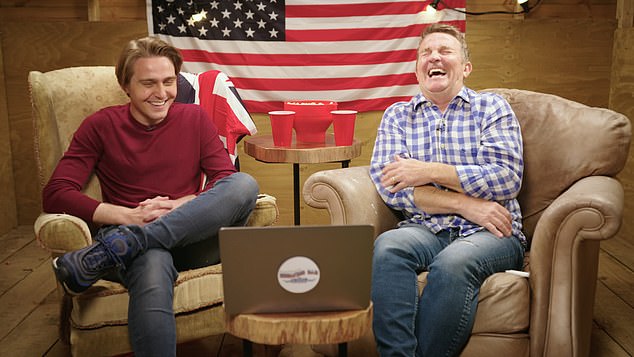 On December 30, Bradley and Barney, pictured, appeared on a show Breaking Dad on ITV

Related posts:
Rams QB John Wolford taken to hospital with neck injury after Jamal Adams hit
Suga Says BTS Looked Empty Without Him
Popular News
We're All Missing the Point of the Armie Hammer Cannibalism Scandal
16/01/2021
Man Utd wonderkid Ramon Calliste, called ‘the next Giggs’, now owns luxury watch business and makes £5m a year – The Sun
26/03/2020
Megan Thee Stallion Addresses Criticism Over Twerking: ‘I Love to Shake My A**’
26/03/2020
Police guard shops to stop coronavirus panic-buyers and enforce social distancing – The Sun
26/03/2020
Coronavirus: Good Morning Britain’s Dr Hilary reveals ‘game-changing’ self-testing kit
26/03/2020
Recent Posts
This website uses cookies to improve your user experience and to provide you with advertisements that are relevant to your interests. By continuing to browse the site you are agreeing to our use of cookies.Ok