Andrea McLean got candid in a video shared with her 250,000 Instagram followers today. The Loose Women presenter was seen filming from her bedroom, as she revealed what was keeping her sane as she isolates during the coronavirus pandemic.

The 50-year-old claimed she had “gone feral” during these unpresendented times in the online clip.

The brunette beauty said she didn’t know how she’d go back to how she was before, when it came to lingerie and footwear.

Andrea said she hadn’t worn a bra or shoes in days, and was revelling in her newfound freedom when it came to her relaxed wardrobe.

She also said meditating had “really helped” with being home and away from work on ITV. 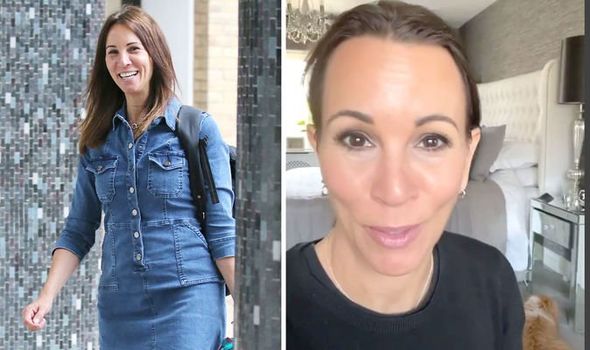 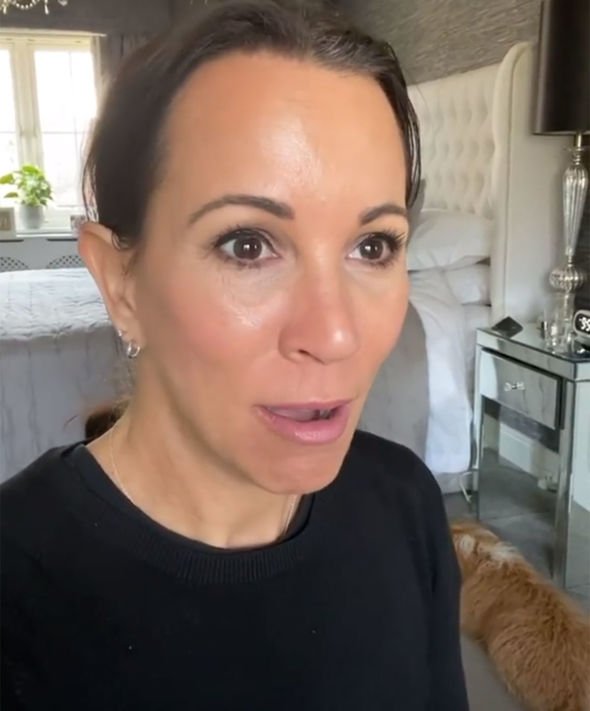 “Morning all, so how are you getting through… week one I suppose?” she started. “This is what I’ve been making sure I do everyday.

“I bought this before lockdown but it has been a game-changer. It’s a sign… I stick it on the door and I close the door and lock everyone out.”

She panned the camera to her bedroom door, which had a purple note on it which read: “Meditation in progress.”

Andrea continued, referring to her adorable dog: “Apart from this guy who likes to sit with me, which is great but sometimes he brings his squeaky lion toy. Not so good.” 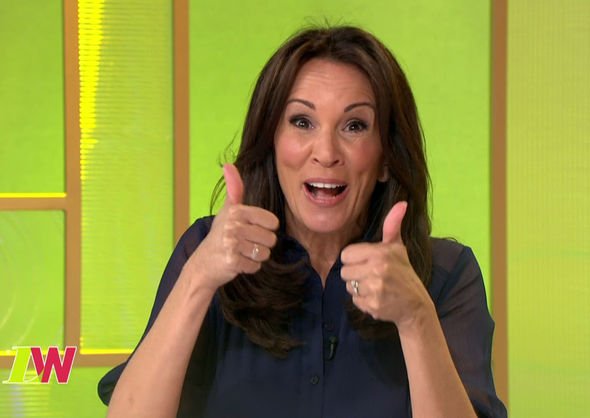 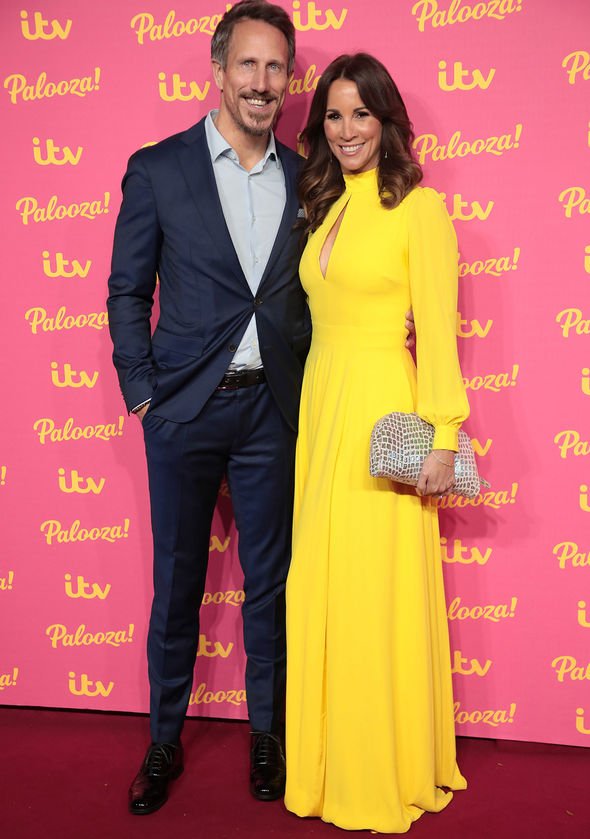 She stated: “Then I sit hear, look out my window, I’ve got my plants, got my crystals, got my view and that’s where I meditate for 10 minutes very day.

“And it has really helped. What are you doing?”

However, Andrea went on to discuss her change in wardrobe habits, as she likely echoed the rest of the population.

She revealed: “And the next thing I’ve done is barey touched my hair, which has been really great. You guys always see me when I’m really done, with my hair pieces it and it looks all…

“This is a confession. Has anyone else bothered wearing a bra while we’ve been off? I don’t think I’m ever going to be able to wear one again.”

Andrea signed off: “It’s been so nice. That and shoes. I’ve literally been braless wearing slippers the whole time – I feel like I’ve gone feral.”

She was seen wearing her dark tresses tied up and neat, as she made the most of some quiet time.

The star sported a simple black jumper, which she wore with little hooped earrings and smokey make-up.

Meanwhile, it comes just days after Andrea McLean revealed what she doesn’t like doing with her husband in a rare home life admission.

It came as she opened up about her first day working from home after ITV suspended Loose Women filming due to the coronavirus pandemic.

She wed for a third time in 2017 to spouse Nick Feeney, after two divorces in the past.