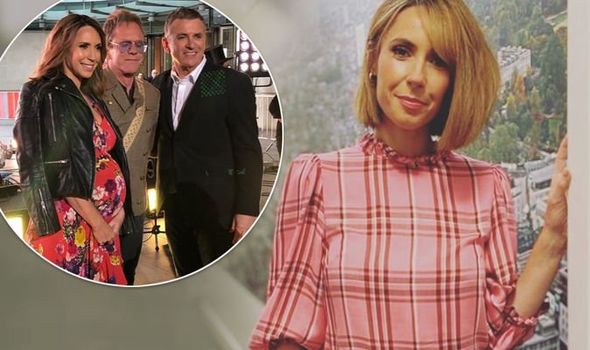 The One Show host Alex Jones took to Instagram today while reflecting on how quickly her youngest son is growing up.

The 43-year-old TV star is mum to Teddy, three, and Kit, who turns one in two weeks time.

As well as sharing a picture of her 11-month-old son, the presenter also posted a photo of herself while heavily pregnant with the youngster and made an embarrassing error.

Alex’s first post of the day was a picture of Kit playing on the floor with a box of sensory toys nearby.

The adorable tot was dressed in a blue babygrow and held onto a plastic spoon.

The mum-of-two wrote next to the snap: “I can’t believe he’s nearly 1,” followed by a heart broken emoji.

The oblivious youngster, who Alex shares with her husband Charlie Thompsom, will celebrate his first birthday in lockdown on May 13. 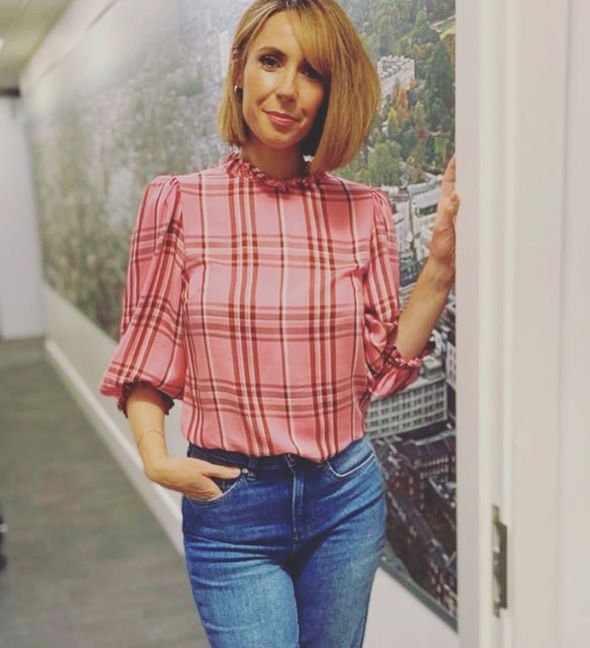 A second picture captioned “One year ago!” showed the pregnant television star posing for a photograph outside The One Show studio.

She was joined by co-host Shane Richie and musical guest Kiefer Sutherland.

Alex’s burgeoning baby bump was dressed in an elegant red floral dress with trendy leather jacket and pointy boots for her stint on TV.

While former Eastenders star Shane sported a smart suit, the actor and musician, who was on the show to talk about his album Reckless, wore a soft grey jacket and tinted blue sunglasses. 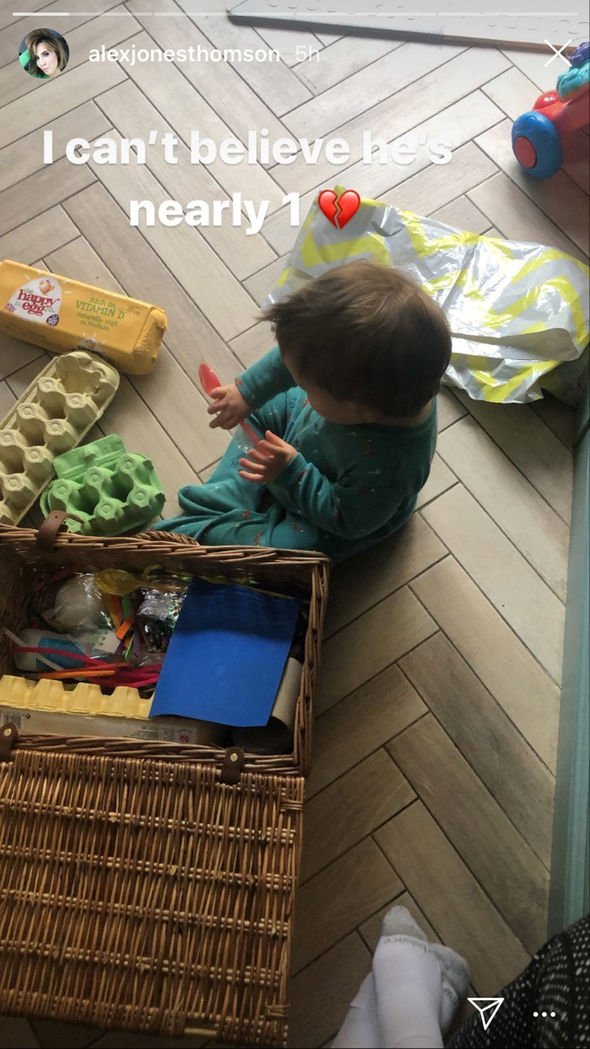 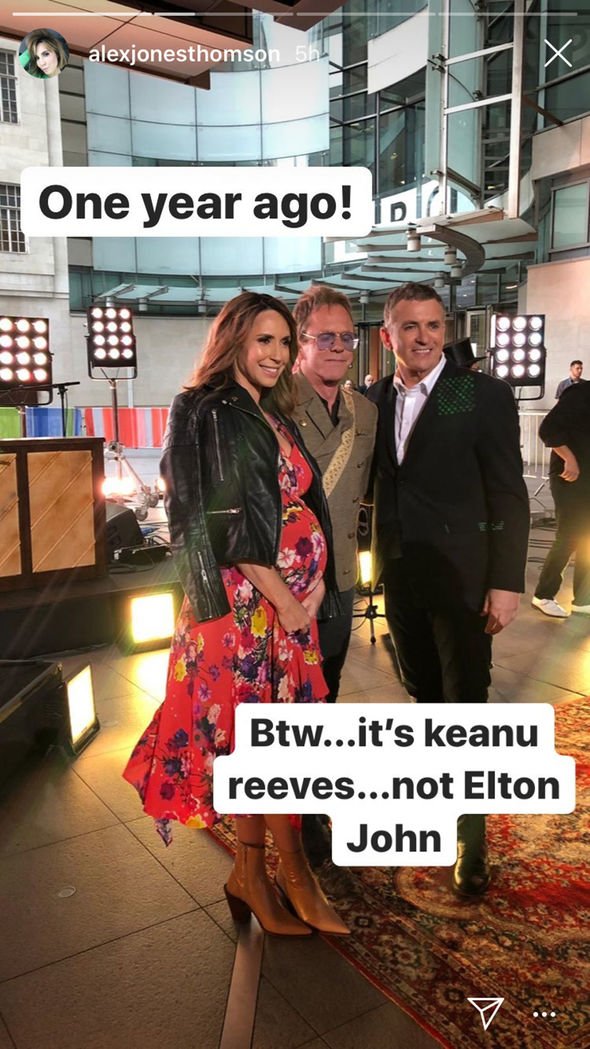 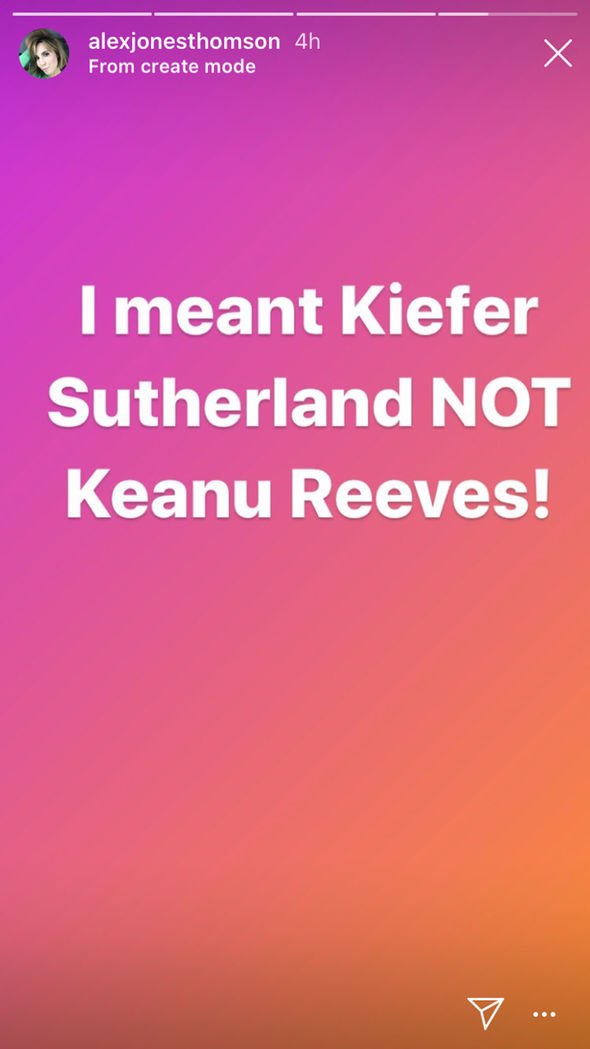 Realising her mistake a short while later, Alex returned to the picture sharing site to correct her error.

She shared a second post which read: “I meant Kiefer Sutherland NOT Keanu Reeves!”

Related posts:
Yolanda Hadid Confirms Gigi Hadid’s Pregnancy, Reveals Her Due Date
Vatican's 'Robin Hood' helps feed transsexual prostitutes hit by lockdown
Popular News
Doom Patrol EP Breaks Down That Fiery Finale Cliffhanger, Including What Will Be Revealed in Potential Season 3
06/08/2020
Man Utd wonderkid Ramon Calliste, called ‘the next Giggs’, now owns luxury watch business and makes £5m a year – The Sun
26/03/2020
Megan Thee Stallion Addresses Criticism Over Twerking: ‘I Love to Shake My A**’
26/03/2020
Police guard shops to stop coronavirus panic-buyers and enforce social distancing – The Sun
26/03/2020
Coronavirus: Good Morning Britain’s Dr Hilary reveals ‘game-changing’ self-testing kit
26/03/2020
Recent Posts
This website uses cookies to improve your user experience and to provide you with advertisements that are relevant to your interests. By continuing to browse the site you are agreeing to our use of cookies.Ok