ADRIAN THRILLS: Taylor Swift revamps album that made her superstar

ADRIAN THRILLS: In a bid to regain control of her early work, Taylor Swift revamps the album that made her a superstar

When Taylor Swift released her second album, Fearless, in 2008, she used it to articulate the hopes and fears of her female fans with songs about teenage crushes, cheerleaders and the mean girls in school.

She also turned herself, at 18, into a superstar: Fearless sold 12 million copies and scooped album of the year at the Grammys.

Now, 13 years on, she’s revisiting the songs of her youth with a note-for-note re-recording of the whole LP.

The move was prompted by the sale of her master tapes — and with them the rights to her early catalogue — to music mogul Scooter Braun against her wishes.

In a bid to regain ownership, she’s remaking six old albums, with Fearless the opening shot.

Paul McCartney remixed The Beatles’ Let It Be in an attempt to give the LP a harder, rock and roll edge. 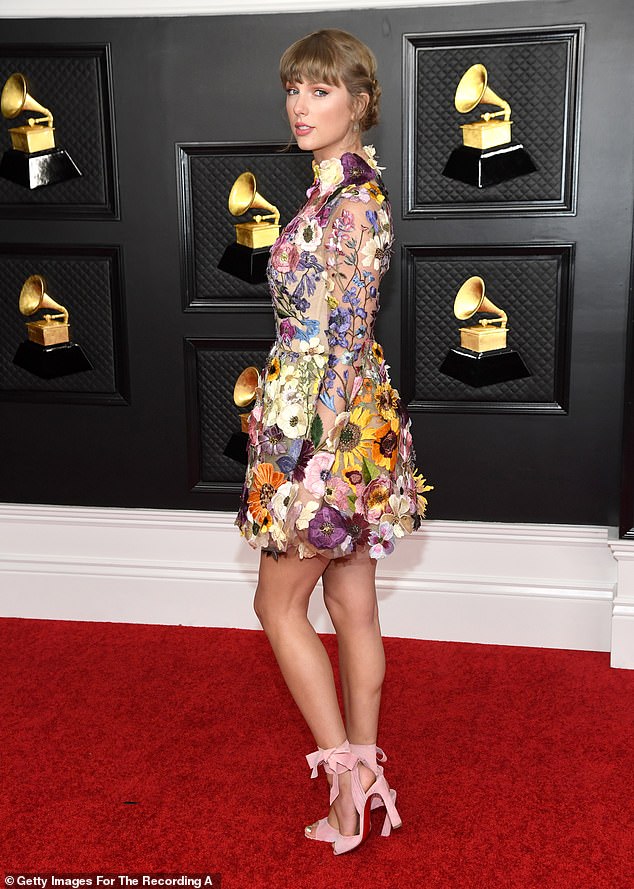 When Taylor Swift released her second album, Fearless, in 2008, she used it to articulate the hopes and fears of her female fans with songs about teenage crushes, cheerleaders and the mean girls in school. Now, 13 years on, she’s revisiting the songs of her youth with a note-for-note re-recording of the whole LP

And Kate Bush replaced synthetic percussion with softer, soulful sounds when she redid the music from two previous albums on 2011’s Director’s Cut.

But, as musicians find themselves with more time on their hands in lockdown, it’s a trend that’s gathering pace, with Dua Lipa restyling her Future Nostalgia album to sound even more like a Friday-night disco and Macca getting in on the act — again — by bringing in his A-list pals to add pizzazz to his back-to-basics solo effort McCartney III.

As for Taylor, it’s not the first time she has revisited Fearless.

In 2009, she issued a ‘platinum’ edition with five extra songs and a piano interpretation of the track Forever & Always.

Her latest attempt is even more ambitious: its 26 tracks contain re-recorded versions of every song from both earlier releases, plus six new numbers — and a tune from the film Valentine’s Day.

It’s a bold career move but also slightly baffling, given that she has stuck so faithfully to the original arrangements and a similar fiddle, banjo, mandolin and guitar backing. 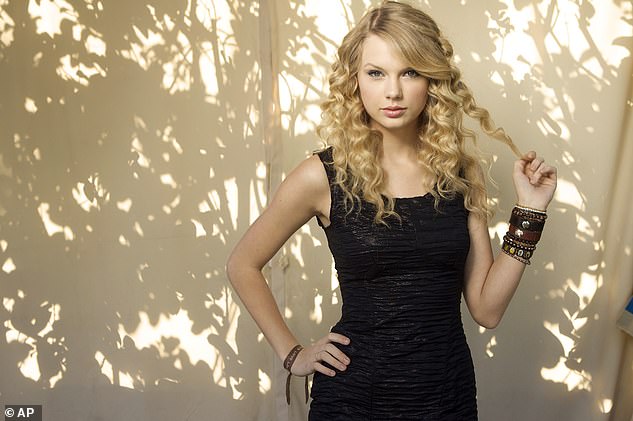 Her move was prompted by the sale of her master tapes — and with them the rights to her early catalogue — to music mogul Scooter Braun against her wishes. Pictured: Taylor in 2008

Her voice is now more rounded and the production is a touch brighter and more polished.

But it’s hard to spot any major differences between old and new . . . and sometimes bizarre to hear a 30-something woman singing of her teenage concerns.

Still, the songs themselves stand up well.

Fearless was anchored in the Nashville storytelling tradition, but it was also a coming of age for Taylor, an artist with the vision and emotional clout to ultimately transcend her country roots.

Among the tracks that still resonate are Fifteen, a touching song about ‘life before you know who you’re gonna be’, and Swift’s breakthrough single Love Story.

The six bonus tracks have been culled from a huge stockpile from her formative years.

She’s a prolific writer, and the ‘new’ material is of a high standard.

These songs from the vaults also chime more readily with her more recent output, with The National’s Aaron Dessner and country star Maren Morris guesting on You All Over Me.

Keith Urban assists on That’s When.

If she goes through with her plan to redo five more albums, we’ll be hearing a lot more of them.

London Grammar singer Hannah Reid turned to a famous friend for help when she began questioning her role in the chart-topping band after a tour.

Dismayed by a suspicion that her male colleagues Dan Rothman and Dot Major were being taken more seriously than she was, she thought about quitting — until a pep talk from Chris Martin set her straight.

The Coldplay frontman told her that groups are like violins — ‘without tension, they don’t play’ — giving her the confidence to put her shyness aside and be more assertive.

She does just that on Californian Soil, an album that puts the onus on the trio’s pop credentials, as well as their skill as moody balladeers. 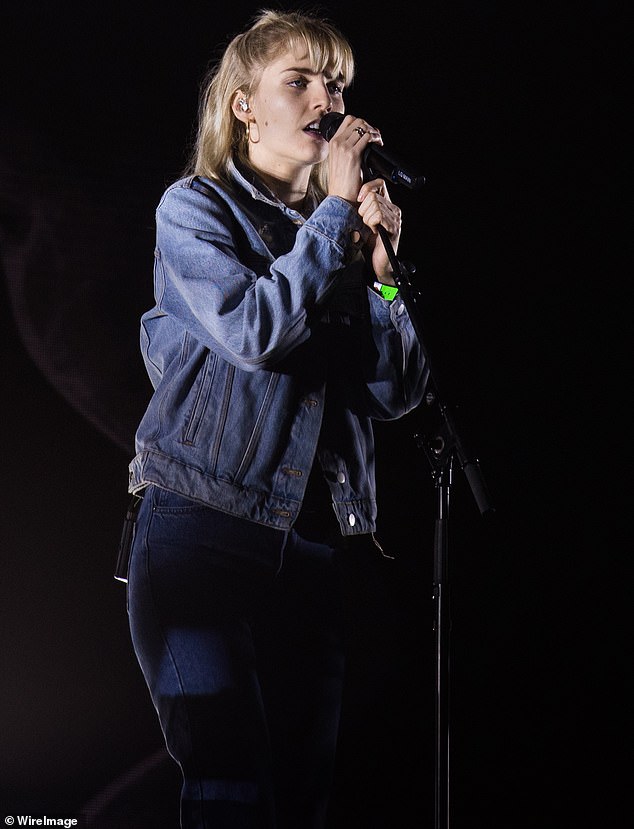 At the centre of it all is Reid, 31, who formed the band with guitarist Rothman and keyboardist Major at Nottingham University. Her vocals mix graceful femininity with vaulting power.

There are vibrato ballads that reflect her classical training.

On other numbers, her tone is more reminiscent of Dido in its command of folk harmonies and an ability to glide alongside an electronic groove.

The album is bookended by two songs about the U.S. The title track is a pun on California Soul, a 1960s R&B hit.

Closing song America uses the States as a metaphor for both Hannah’s insecurities and her ambition.

The rest of the album is a classic two-parter. The first half is dominated by dance and pop.

Lord It’s A Feeling tackles infidelity, and the upbeat How Does It Feel suggests an album of pop bangers isn’t beyond the trio’s capabilities.

The ballad-heavy second part showcases Reid’s impressive range. It drifts a little at first, but the stunning choral piece All My Love restores the initial momentum.

Her doubts seemingly banished, she has blossomed into a formidable bandleader.

London Grammar play All Points East on August 27 and tour the UK in November (londongrammar.com).

Is it a sin to want to dance?

Fresh from his starring role in It’s A Sin, Olly Alexander returns to music on new Years & Years single Starstruck.

Originally inspired by a night of stargazing outside a rural recording studio, the track is an electronic dance number with a 1980s flavour, in keeping with Olly’s appearance in the Channel 4 drama series.

‘Since we had to stop, all I’ve wanted to do is go out and dance,’ he says. A new album is due this year.

Frustrated at being unable to tour, Van has spent the past year writing on piano, guitar and woodwind, and new single Only A Song is a sax-powered blues workout with a rolling groove. 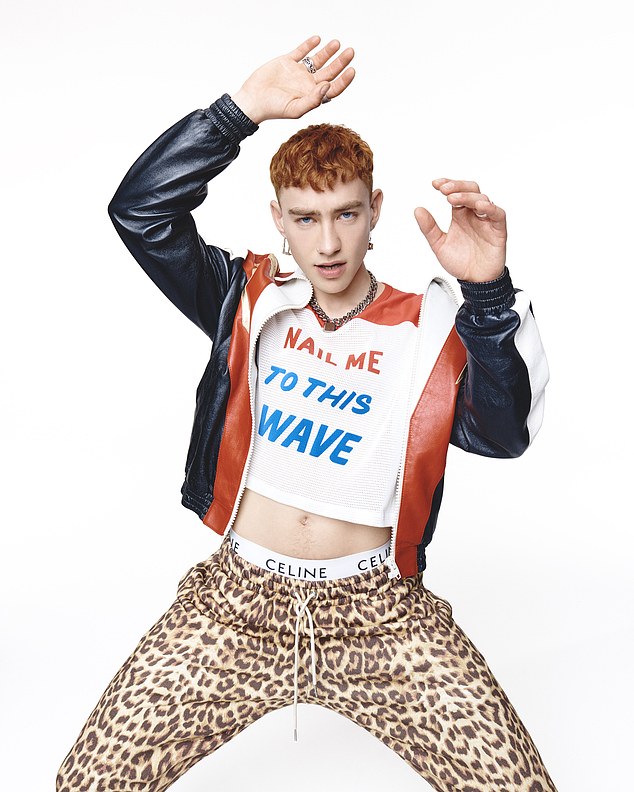 Fresh from his starring role in It’s A Sin, Olly Alexander returns to music on new Years & Years single Starstruck

The latest is the title track from an unreleased 2010 album, Welcome 2 America.

Set to a 1970s funk groove, the rapped soliloquy sees The Purple One addressing the ills of celebrity culture and social media. The album follows in July.

The White Stripes have also been raiding the archives.

Twenty years on from the game-changing White Blood Cells — the album that launched a garage-rock boom — the Detroit duo have released a raw version of the classic Fell In Love With A Girl.