Mark Hamill spent a lot of time in London while filming the first Star Wars movies. And he often frequented a restaurant called The Hungry Horse with his co-star Harrison Ford.

Chef Jamie Oliver did some digging and found the recipe for the restaurant’s most popular dish, Yorkshire Pudding. And he got together with Hamill to recreate the iconic English popover. 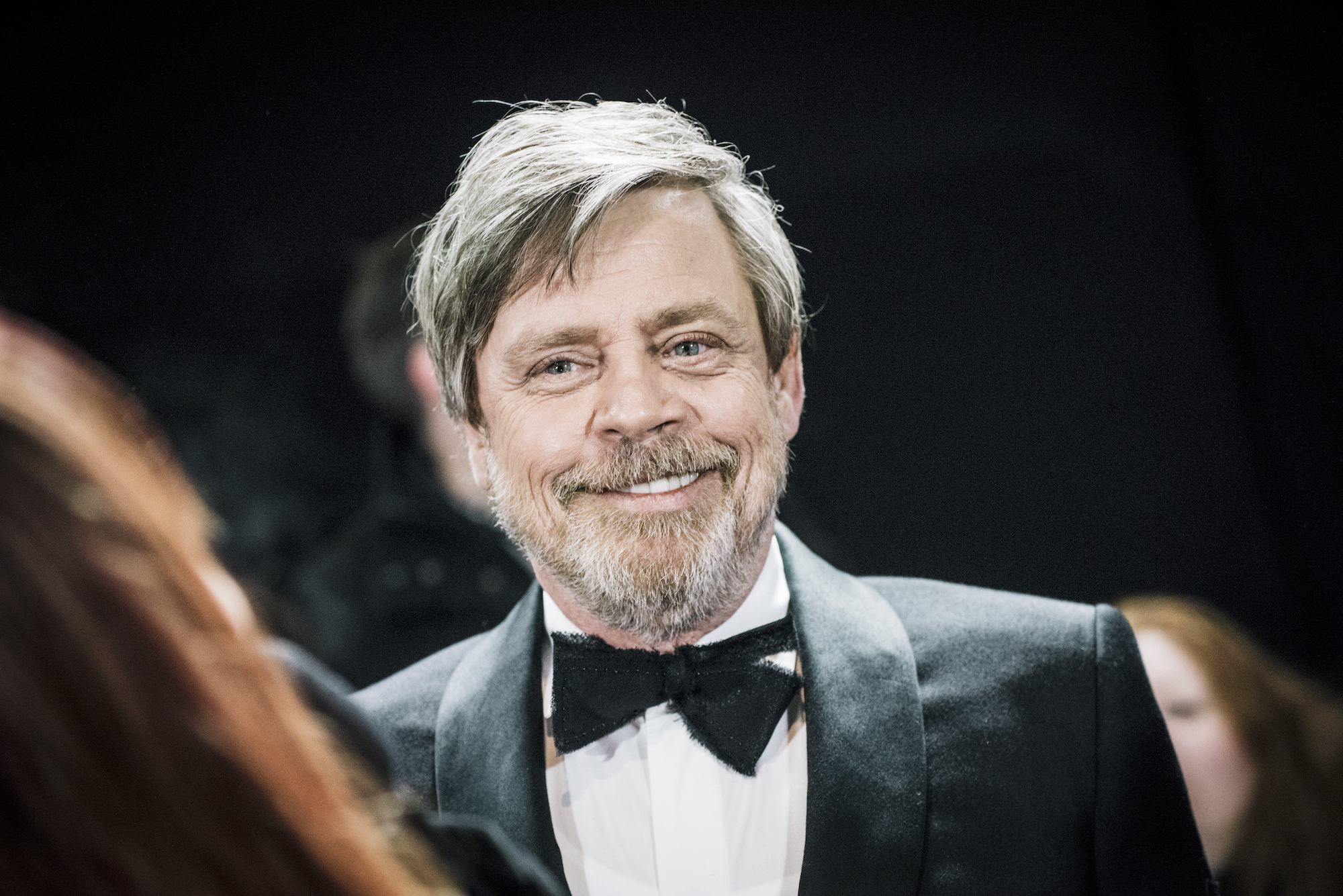 Jamie Oliver and Mark Hamill talk about The Hungry Horse

Hamill was a guest star on Oliver’s cooking show Jamie and Jimmy’s Friday Night Feast in 2018. The chef asked Hamill about where he liked to eat while filming Star Wars in London in the late ‘70s and early ‘80s.

“One of the greatest [restaurants] was on Fulham Road called The Hungry Horse,” Hamill said. “They were very famous for their dessert menu.”

The actor then recalled a visit to the restaurant, where he asked Ford to order a dish with a funny name.  “I went in with Harrison one time and I lifted the menu, and I went, ‘Oh look at this, hey Harrison if you order this, I’ll give you five pounds.’” he reminisced. “And he looked at the menu and said, ‘I’m not saying steamed spotted dick.’”

Oliver noted that the Hungry Horse closed when its owner died, but he was able to track down the restaurant’s chef.  He learned that one of the most-ordered dishes on the menu was Yorkshire pudding.

Hamill revealed that he once tried to make Yorkshire pudding himself, but the popovers didn’t rise. So, Oliver joked that Hamill just needed to use the Force to get the dish right.

Yorkshire Pudding can be served many ways

Yorkshire pudding can be served as a main, side, or dessert. The English popover is made with a batter of eggs, flour, and milk or water. And it can be eaten with a variety of different fillings, including beef, gravy, and potatoes.

1. Whisk eggs, flour, milk, 1 ½ tablespoon of water, and a pinch of sea salt to a silky batter. Refrigerate overnight. When ready to cook, let sit at room temperature for 30 minutes and preheat the oven to 350ºF.

2. Divide beef dripping between a 6-well deep Yorkshire pudding tray (a muffin tray or popover pan should work too). Place on the center rack of the oven for 5 minutes, or until the fat gets smoking hot.

3. Carefully and quickly pour the pudding batter into the wells, filling between half and three-quarters of the well. Return to the oven and bake for 25 minutes, or until they have quadrupled in size. When they are done, they should look deep golden and sound hollow when tapped.

Oliver and Hamill recommend drizzling the Yorkshire puddings with gravy and serving them with roast beef, or pinches of lemon-drizzled watercress, horseradish, and roast potatoes.

Related posts:
Billionaire Ray Dalio’s son dies after crashing car into Verizon store
The TikTok-famous D’Amelio family will star in their own Hulu docuseries that gives a ‘behind-the-scenes’ look at their lives
Popular News
‘Using WW And Walking For Weight Loss 5 Days a Week, I Lost 123 Pounds In 18 Months’
16/01/2021
Man Utd wonderkid Ramon Calliste, called ‘the next Giggs’, now owns luxury watch business and makes £5m a year – The Sun
26/03/2020
Megan Thee Stallion Addresses Criticism Over Twerking: ‘I Love to Shake My A**’
26/03/2020
Police guard shops to stop coronavirus panic-buyers and enforce social distancing – The Sun
26/03/2020
Coronavirus: Good Morning Britain’s Dr Hilary reveals ‘game-changing’ self-testing kit
26/03/2020
Recent Posts
This website uses cookies to improve your user experience and to provide you with advertisements that are relevant to your interests. By continuing to browse the site you are agreeing to our use of cookies.Ok