CHANGING the bedding is practically an Olympic sport, and by the time you’ve done your whole house you probably need a rest.

If you find yourself spending ages wrestling duvets into covers, turns out there’s a much simpler way to make the bed. 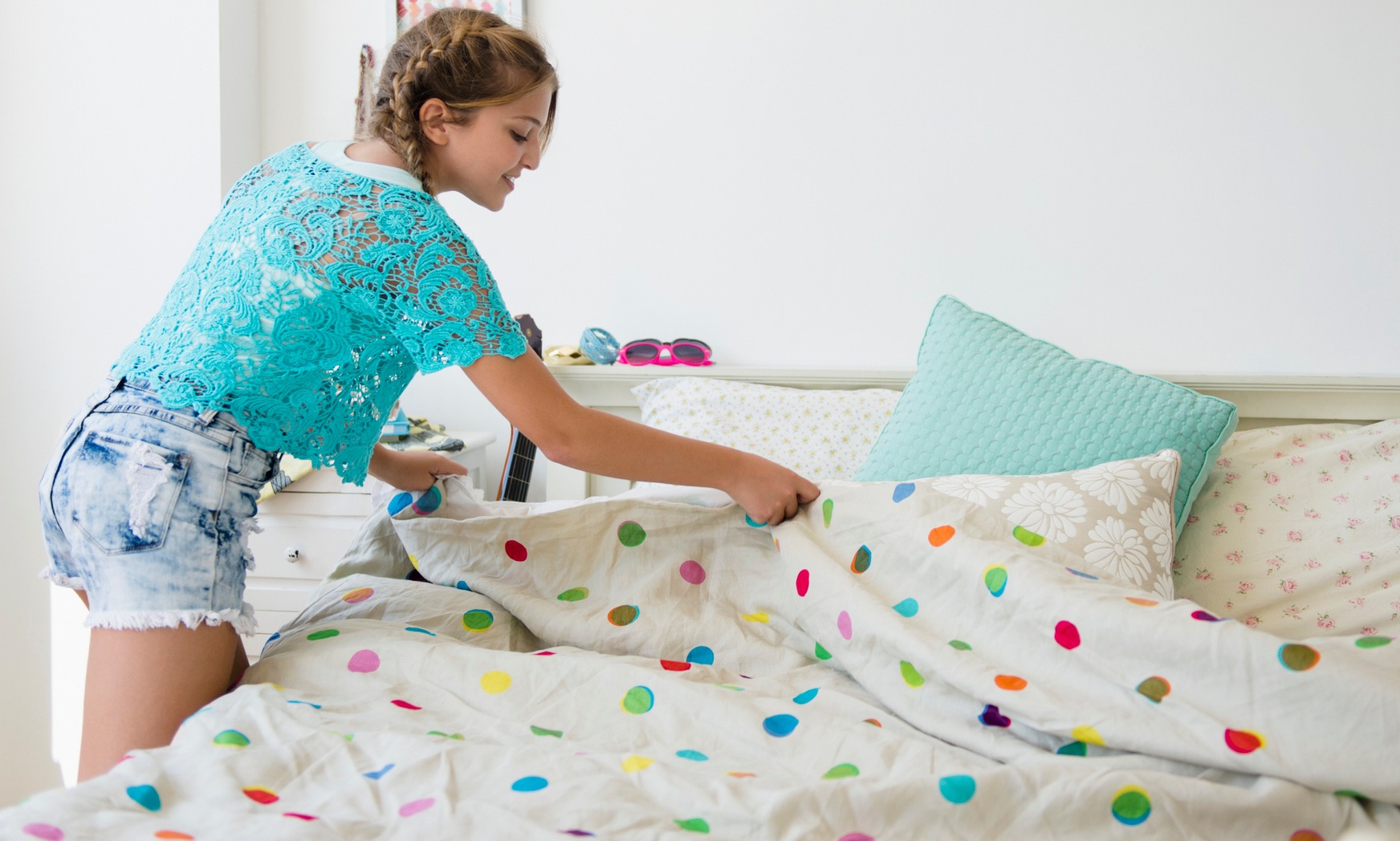 The experts at Yorkshire Linens have shared their ‘roll and stuff’ method – which promises to get the duvet in the cover in under 60 seconds.

They coined the move back in 2013, and it’s been saving mums and homeowners time ever since.

It’s simple to master and is essentially exactly how it sounds – you roll up the duvet before unfurling it inside the cover.

To give it a go, start by laying your empty duvet cover flat on your bed.

Pop your duvet on top, then roll it up towards you until you have a cylinder.

Then you need to put it inside the mouth of the opening, and it’s usually easiest to do one side at a time.

Once it’s inside take the two corners nearest you and put them into the respective corners of the duvet.

Grab each corner – with the duvet inside – and shake it, which will cause the duvet to unfurl inside the case.

You may need to adjust it slightly to ensure each edge goes snugly into its corner, then simply do the buttons up and you’re done.

This should take less than a minute, but you need may need to practice it a few times before you can master it with speed.

Love real life stories? We're always on the look out for case studies to feature on Fabulous. Join our Facebook group and you could make money by telling your story.

In other news this mum painstakingly revamps her kitchen using 8,000 pennies – and people are in awe over her patience.

Meanwhile this mum turned her ‘awful’ wooden panelling into a family photo wall – but some blast it for looking ‘common’.

Plus this mum uses offcuts found in a skip and bargains on eBay to transform her loft bedroom into study and beauty desk.