A WOMAN is warning other homeowners not to rely on front door security chains alone as she demonstrates how burglars can open them from the outside.

TikTok user Katie shared the clip shared a video demonstrating how intruders can use a USB charging cable to bypass the safety chain. 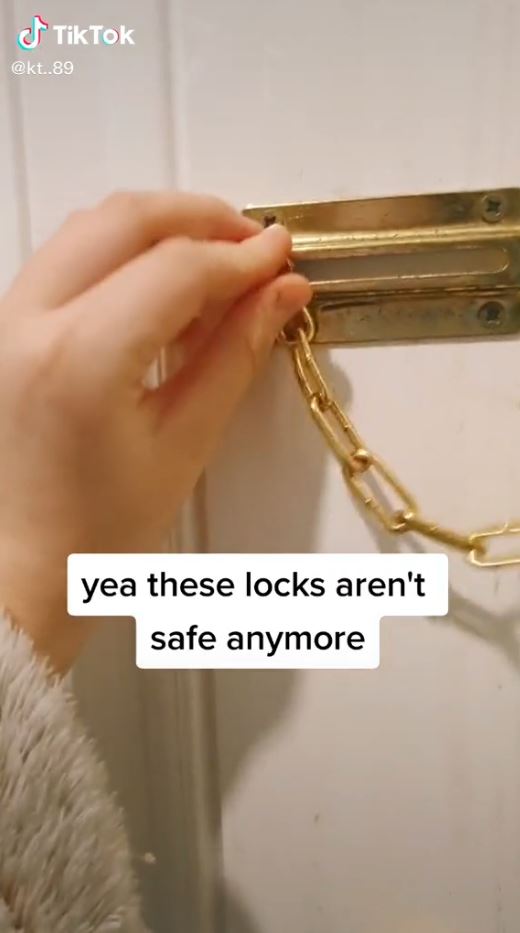 In the video, Katie films her front door as a pal demonstrates the trick.

The friend simply slips the charging lead through the chain, before closing the door slightly and using the lead to release the catch on the chain.

Captioning her video, Katie wrote: “Yea these locks aren’t safe any more. These robbers getting smart.”

Her video has since gone viral, receiving over 10 million views and thousands of comments with some concerned that she was giving intruders ‘tips.’ 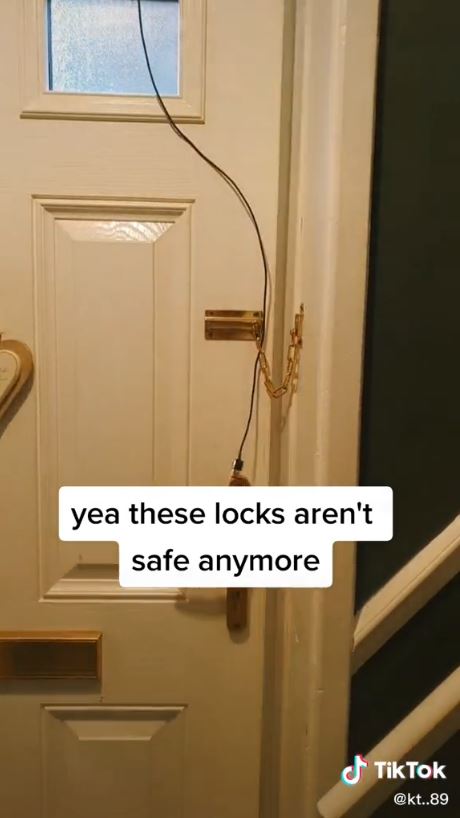 Many were quick to warn others that they should never rely on a chain alone to lock their door.

One wrote: “Shorten the chain so the door doesn’t open as wide? Also… LOCK THE DOOR.”

“Y’all trusted those?” wrote another, while a third added, “That’s why it’s not a lock, it’s a chain.”

Offering their own piece of safety advice, another said: “Guys when we were robbed a few years ago, the police told us to keep a key in the lock of the door and twist it so that it can’t be opened from the outside with whatever tools they use.

“Chains don’t work on their own.”