A MUM has revealed how she now is now in a family-of-10 after she adopted four kids with her husband – despite them intending to only get “one more.”

Tabitha Goldsmith, from Michigan, and partner Andy, now have four biological sons, and have adopted two girls and two boys into their family. 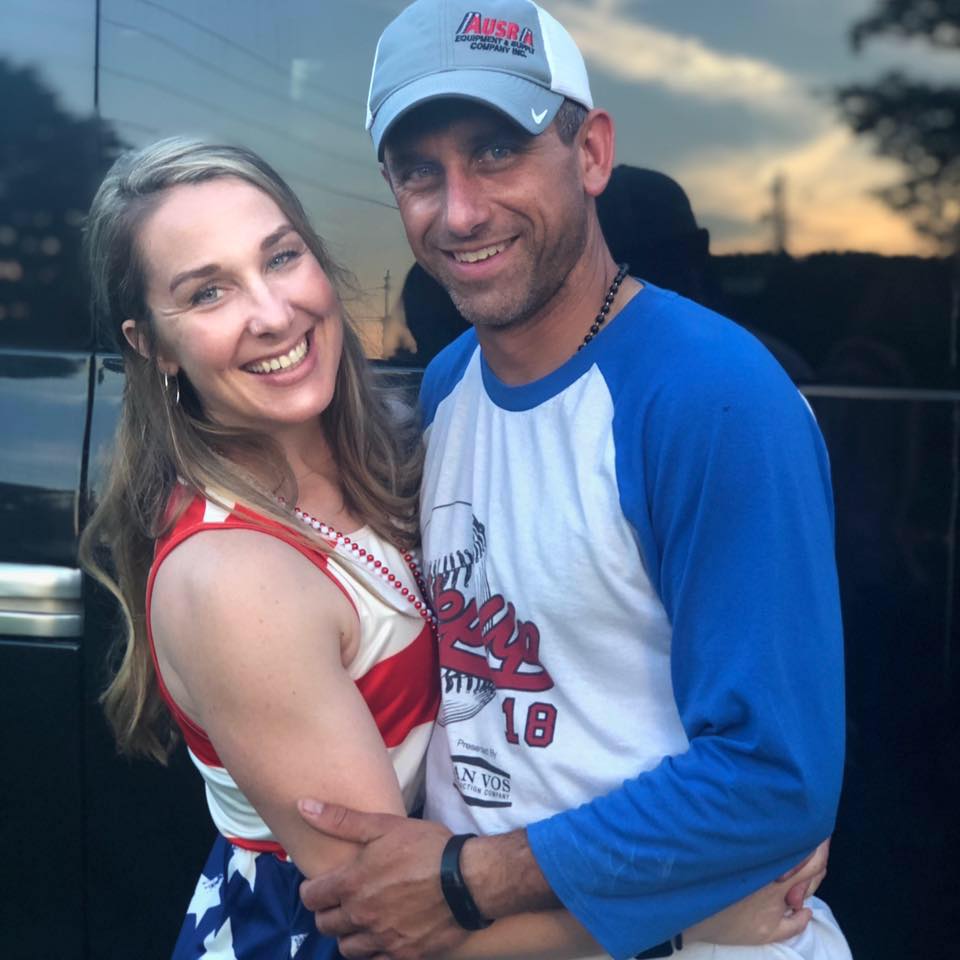 Tabitha was raising her three boys, Elijah, Emery (who has Down syndrome), and Easton, and was pregnant with her fourth son, Ezra, when they took in their first foster child.

Writing on LoveWhatMatters, Tabitha said: “Andy finally agreed we could have one more child and declared, ‘I don’t care if we go to China and adopt, do foster care, or have one more biologically… but only one.’

“That was all I needed to hear! By the end of that day, we were all signed up to take the classes to become foster parents! And so it began.”

Although the little one-year-old girl eventually returned to her birth mother, Tabitha said it had sown the seed for them fostering again. 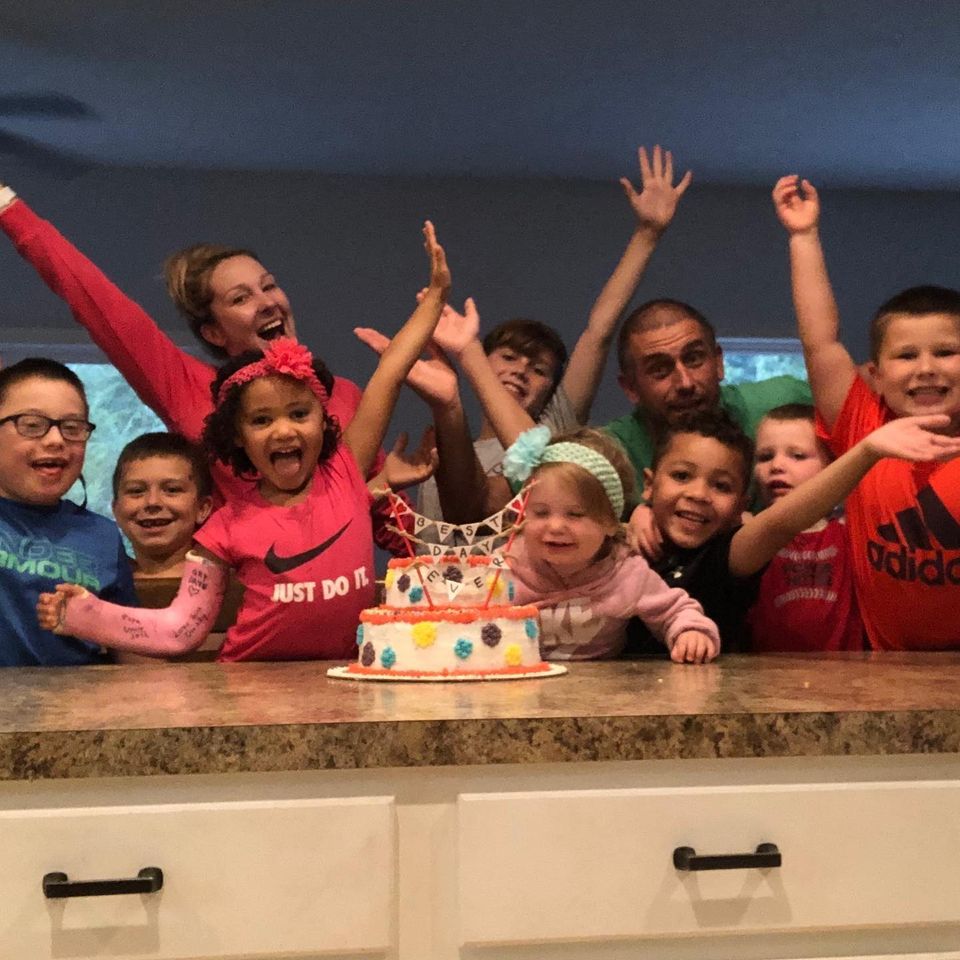 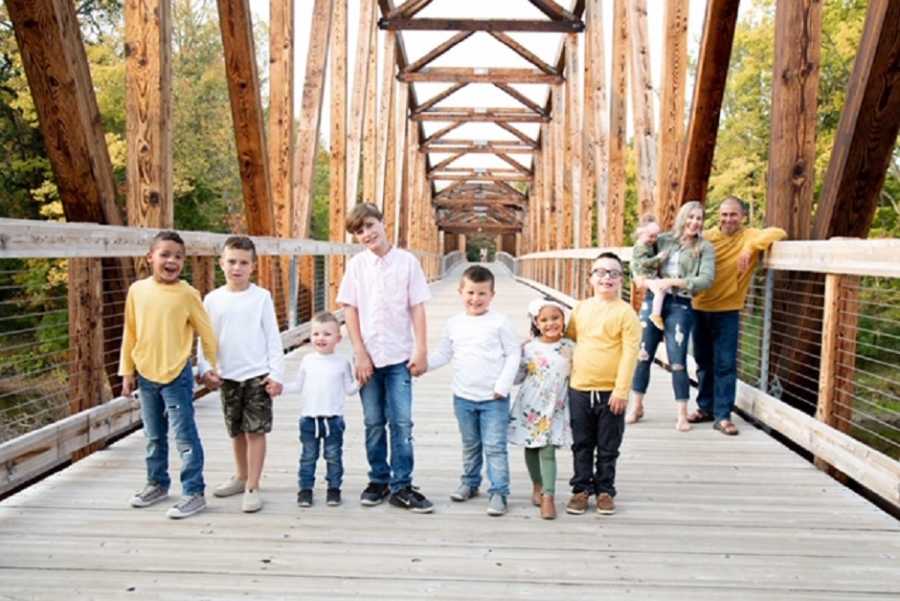 She wrote: “We already had four children, one with special needs, wasn’t our plate full enough? Yet God was only getting warmed up, giving me such pivotal opportunities to trust Him.”

Less than a month later, in September 2017, on the couple’s 10-year wedding anniversary, little Kamber, who was 20-months-old at the time, joined the family.

Tabitha said the young girl had no nappies, food or instruction, and she had been left “shocked” when she saw her. 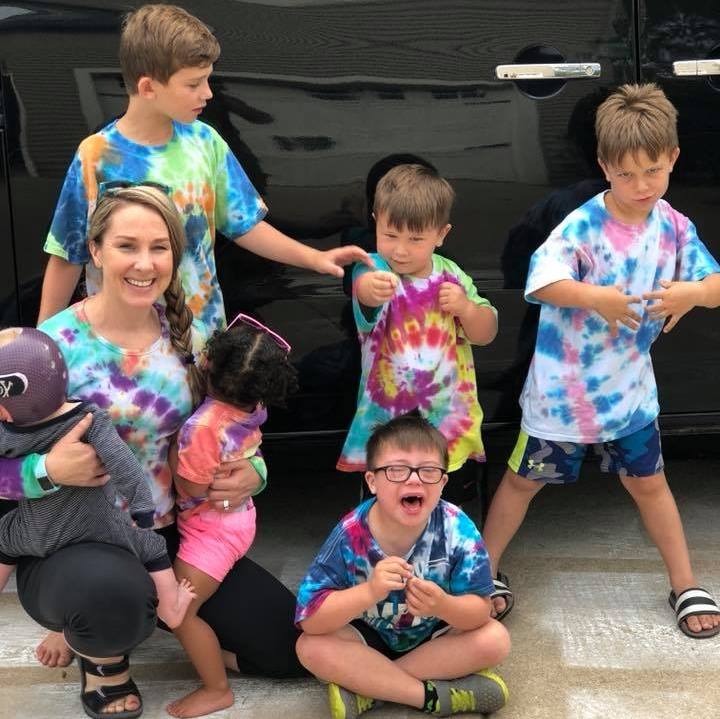 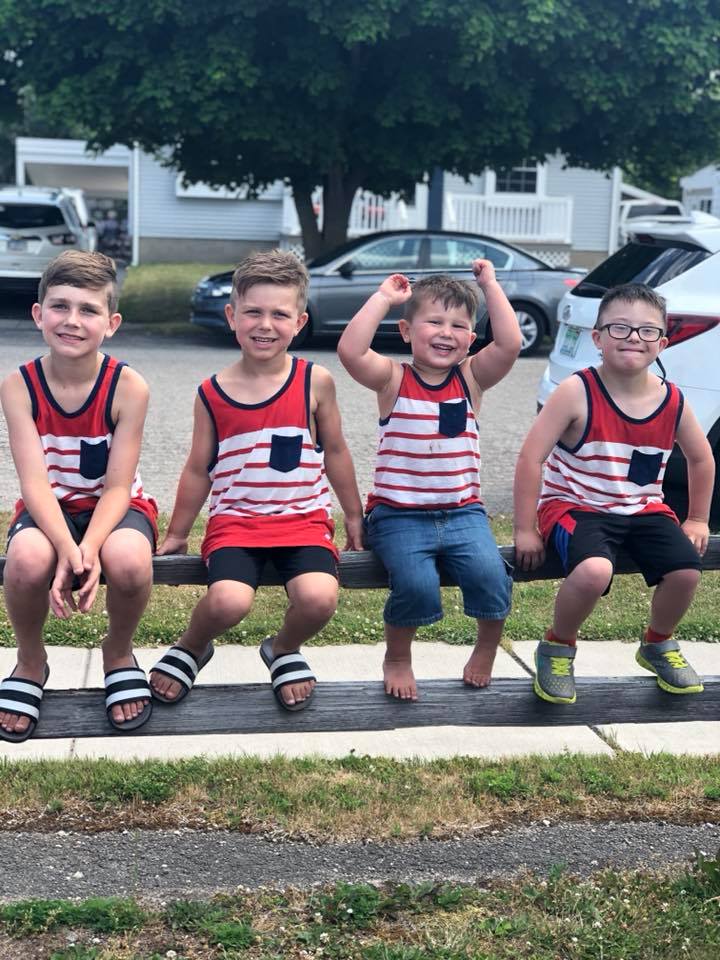 The mum said it took a full year before timid Kamber would step out from behind her in front of other adults – and her caseworker noted how safe and confident she now looked.

In October 2017, Kamber’s half-brother Travis was born, and Tabitha and Andy also took him under care.

This was followed by Kamber’s half-sister, and Travis’ full sister, Violet being born in December 2018.

A year later in February 2019, the birth parents of Kamber, Travis and baby Violet didn’t attend a parental hearing, so lost rights to all three children.

Tabitha said: “My heart broke for the parents and simultaneously for these three children. All three were now headed to adoption. I was shocked and sad. I felt nervous about what was to come, with a mix of unique excitement about what this might mean for our future.”

Tabitha and Andy decided to adopt all three children, and Tabitha said they found a “new normal” as a family of nine. 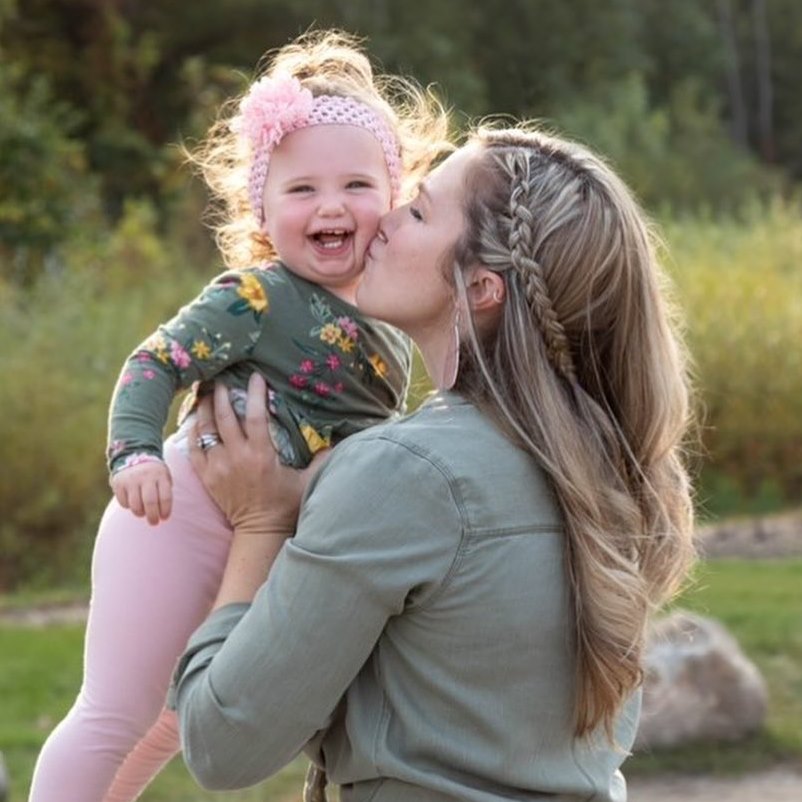 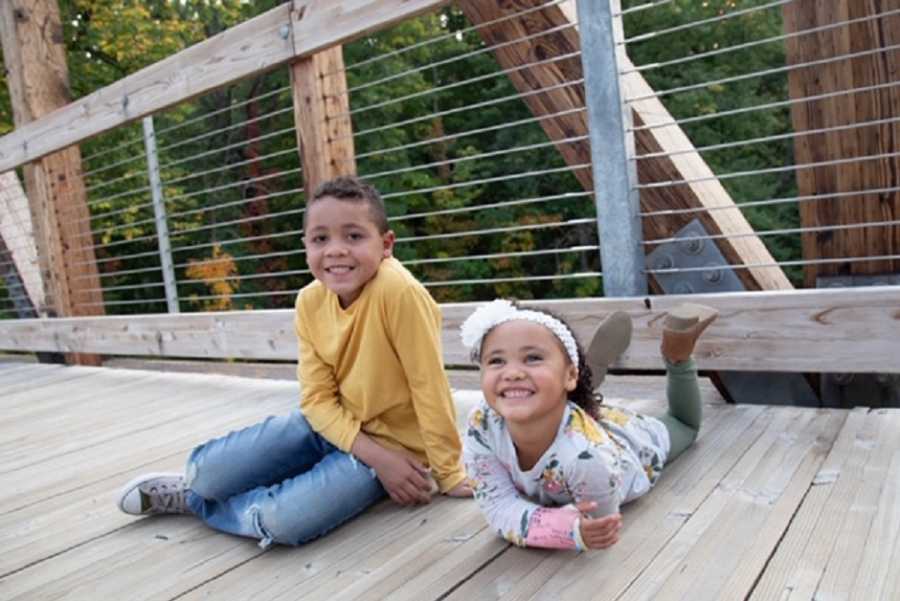 However, they didn’t stop there.

In 2019, the family’s case worker asked them to pray for a little seven-year-old boy called Ethan, who happened to be Kamber’s half brother.

And after he fitted in so well with their family, they decided to adopt him too.

By September 20, 2020, all four children were officially adopted by the Goldsmith family.

Tabitha said some days she feels “lost in this journey,” but God always “provides a door, window, or sometimes just a crack, to the other side.”

For more parenting stories, this mum used SUN CREAM to get permanent marker scribbles off her walls in nifty hack.

And this mum demanded her babysitter pay £450 for ’emotionally damaging’ vegetarian kids after giving them McDonald’s Happy Meals.

Plus mums are loving Home Bargains’ 99p colour-in Christmas tablecloth that’s perfect for when ‘you want a coffee in peace’.