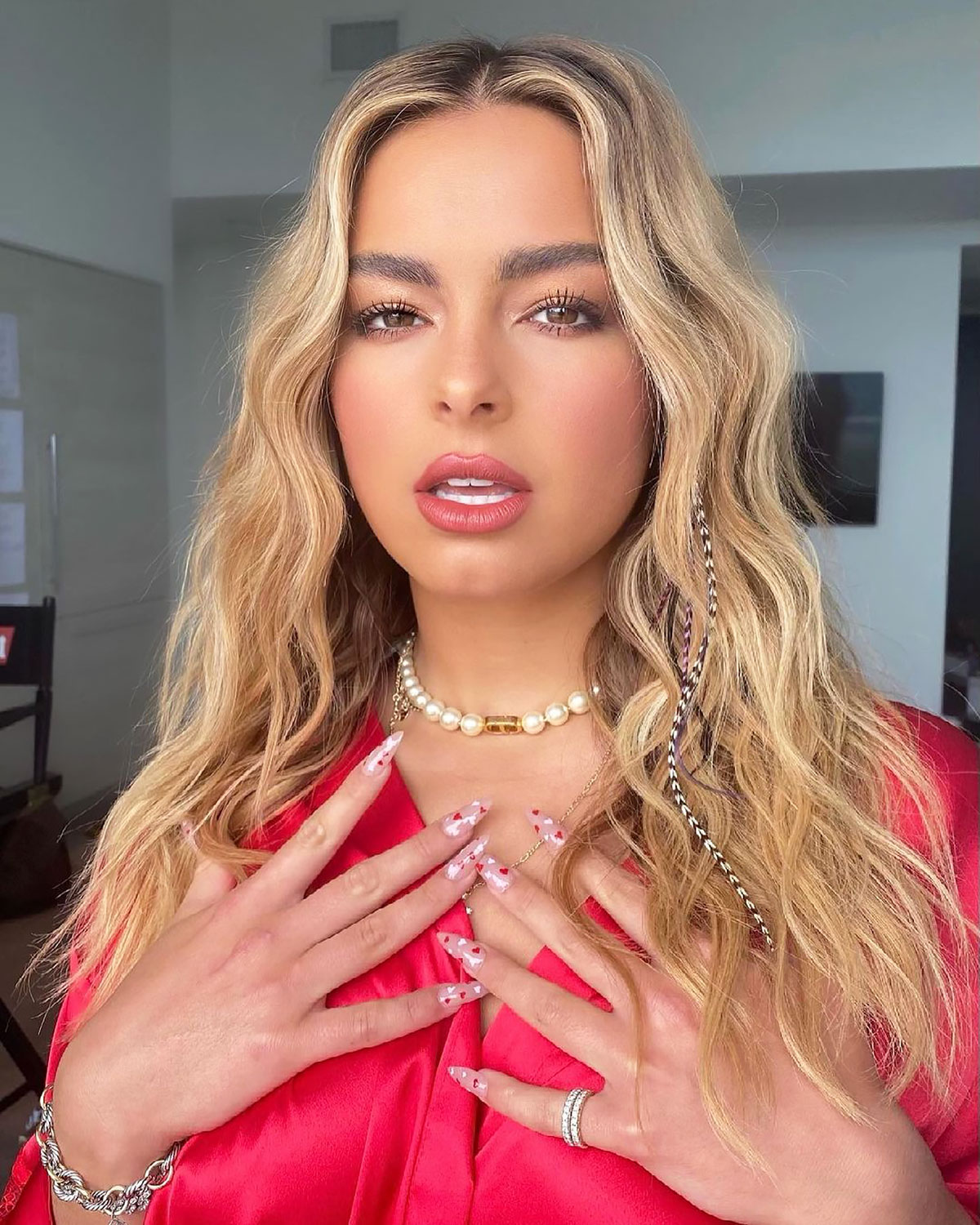 Bringing it back! Barrettes, butterfly clips and scrunchies have already made their grand return into the beauty scene, but there’s one other ‘90s trend that Addison Rae is rooting for — the hair feather.

Kylie Jenner Sizzles in Crocheted Bikini: ‘Do Not Disturb’

While the 20-year-old TikTok star has already embraced fringe bangs, chokers and bucket hats, her hairstylist, Ryan Richman, exclusively told Us Weekly that the return of the OG boardwalk feather insert is next on her list.

In fact, when he showed up to get her glam on for a photo shoot a few weeks back, the dancer had popped a brown feather from Amazon in her hair.

“I’m not sure where she got the idea, but I just love that she’s willing to do something completely different that nobody’s doing,” Richman said to Stylish. “I’m all on board. If the feather comes back or the tinsel strand or anything like that, I’m all for it.”

He added: “If you’re that age, you should be experimenting and doing fun things, you should be having fun because that all goes out the window at some point. I hope she rocks the feather for a little bit.”

Granted the multi-colored insert given to ‘90s tweens everywhere has obviously gotten a chic upgrade courtesy of Rae. Rather than styling her feather with frizzy, crimped locks, Richman gave the Gen Z icon some loose flat iron waves.

To start, he reached for Monat’s Volume and Lift Spray, which he applies to the root of damp hair. “Then, I’ll do a rough dry using a round brush. Just move the hair from side to side to get that lift and volume,” he explained. “Through each section also add Monat Thickening Spray because you want it to hold all day. I mean, she could have worn that hair for a week straight at least.”

When it came to styling, flat iron waves were the way to go. Granted, getting the perfectly tousled style at home can be tad tricky. That’s why Richman shared his go-to tips. And trust Us, you’re going to want to keep reading!

“My tip for users at home is to turn down the heat on your flat iron,” he advised, noting that a lot of people tend to complain about kinks in the hair. “If your flat iron goes to 400 or 450, try bringing it down to 250 and see if that works. It doesn’t need to be that hot because you’re moving so slowly.”

And when it comes to getting extra lift at your root, Richman, who also works with Sarah Hyland, suggests pulling up in the front. “I like to always start with a little volume, so I always go up in the front first. Then, as you drag down, it’s helpful to wear one of the heat gloves that often comes with a flat iron,” he said to Us. “You can kind of grab that front end and softly bring it down in an ’S’ shape.”

His main takeaway however, is that flat iron waves don’t need to be perfect. “It doesn’t have to be super uniform. You can start some up, some down or go in different directions and you get that beachy texture,” Richman said.