Arielle Charnas and her husband, Brandon, welcomed their third daughter into the world today, naming her Navy Bea.

The name is an apparent nod to Charnas’ brand Something Navy. Navy joins older sisters Ruby Lou, 5, and Esme Rae, who will turn three this month.

Charnas founded Something Navy in 2009, and it has evolved from a style blog to a fashion, lifestyle and media brand. Last year, the Something Navy independent fashion line launched, and its first flagship boutique opened in New York. Previously, Charnas had an exclusive deal at Nordstrom, which ended in 2019.

Charnas was embroiled in a major controversy last year over her behavior during the COVID-19 pandemic, which included using personal connections to get an early coronavirus test. When she tested positive, she moved to the Hamptons when shelter-in-place mandates were in place for those who had the virus. She later apologized for what she termed “mistakes.”

On Tuesday, Charnas posted on Instagram a photo of herself in the hospital with her baby girl, and received congratulations from such celebrities as Rachel Zoe, Kris Jenner, Chiara Ferragni and Barbara Corcoran, who wrote, “She really is ‘Something!’ Congratulations to your beautiful bundle of joy.” 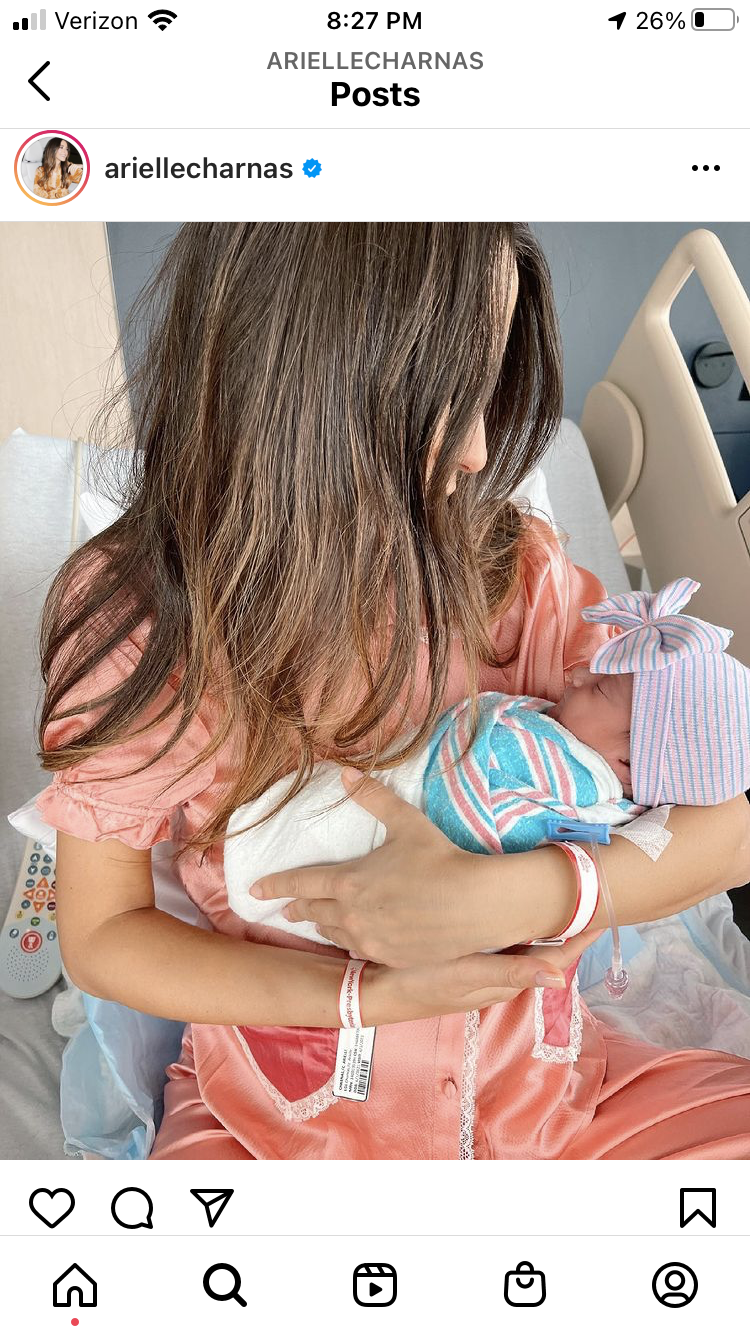