Home » Beauty and Fashion » Salma Hayek: My Breasts Grew ‘Many, Many Sizes’ During Menopause

Salma Hayek: My Breasts Grew ‘Many, Many Sizes’ During Menopause 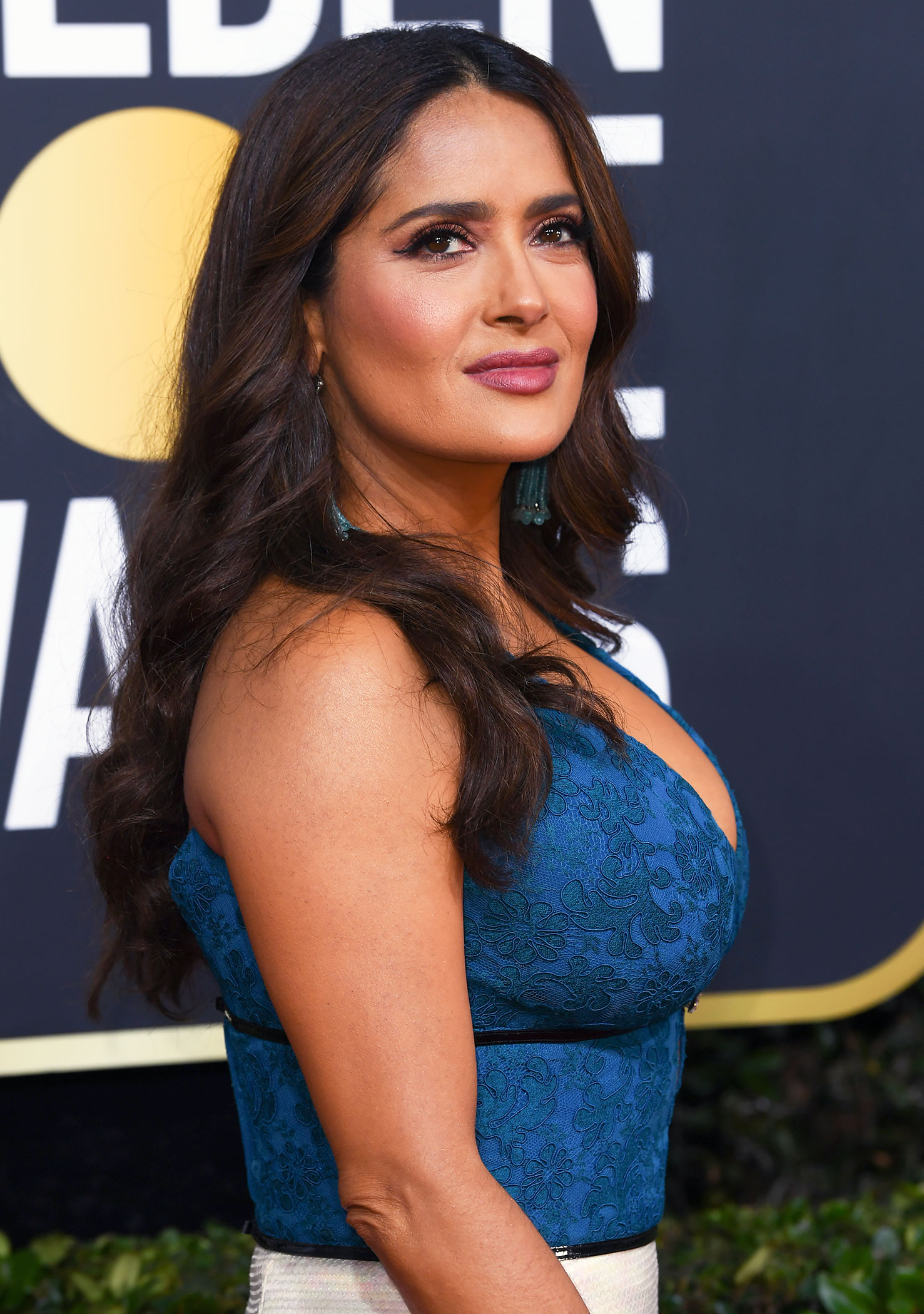 Salma Hayek’s bust keeps getting bigger! But, it’s not because of plastic surgery.

“A lot of people said that I had a breast augmentation. I don’t blame them! My boobs were smaller! So was the rest of my body,” the 54-year-old actress acknowledged on the Wednesday, June 23, episode of Red Table Talk.

While she hasn’t gone under the knife, her boobs have grown “many, many sizes” over the years. And, the Grown Ups actress shared that menopause — along with other life events — is to blame for her expanding assets.

Celebs Who Admitted They Got Plastic Surgery

Hayek happened to hit the trifecta. “I just happen to be of those women that it happened in every single step! When I gain weight, when I got pregnant and when I am in menopause,” she added.

Bigger breasts aren’t all they’re cracked up to be though. The actress revealed that her “back has been really suffering from it.”  The sudden growth came as a bit of surprise too, as “not a lot of people talk about this” as part of menopause.

Her growing breasts aren’t the only things she’s come to terms with lately. Hayek has also found some pause with the narrative around women aging both in Hollywood and in life.

Real Housewives Plastic Surgery: Before and After

In addition to setting the record straight about menopause and ageism, Hayek has a handful of other projects in the works.

Not only is she starring in The Hitman’s Wife’s Bodyguard alongside Ryan Reynolds, but she’s also working on an HBO Max series about menopausal boobs, which seems ironically fitting.

The show is based on Leslie Lehr’s memoir A Boob’s Life: How America’s Obsession Shaped Me…and You.

“We are so appreciative that HBO Max was insightful and bold enough to develop this show with us,” Hayek said in a statement to Deadline at the time. “In a Boob’s Life, we use breasts as a metaphor for the constant judgment women are submitted to, creating a collective sensation that no matter what we do we are never enough.”