A SINGLE mum was distraught after she was trolled by nasty Facebook mums when she reached out for advice over some garden furniture.

Melissa Austin, 32, had shared a post on social media asking if anyone had a second-hand garden table she could buy, as her parasol had smashed hers the day before. 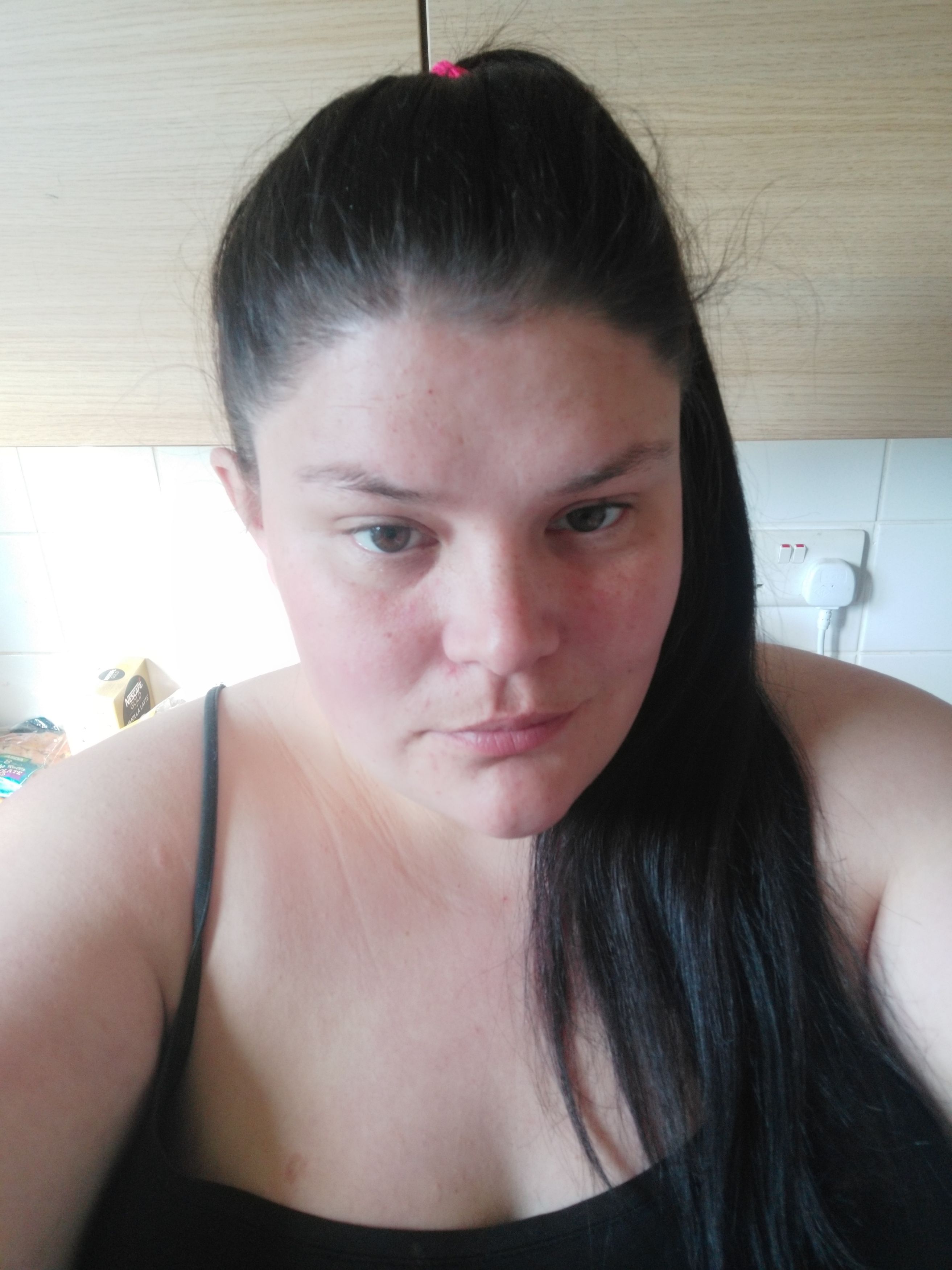 Melissa, from Chorley, shared snaps of her garden and the remains of the table, but rather than people offering to help she was bombarded by nasty comments about the state of her yard.

Cruel Facebook mums told Melissa her grass needed mowing and her fence was worse for wear, leaving her shocked.

She said: “I got some nasty comments saying my fence panels could do with painting and my grass needed cutting – I said I know that and I’m just looking for a table.

“It was kind of upsetting at first because when you ask people for help, some people give it, some people don’t.” 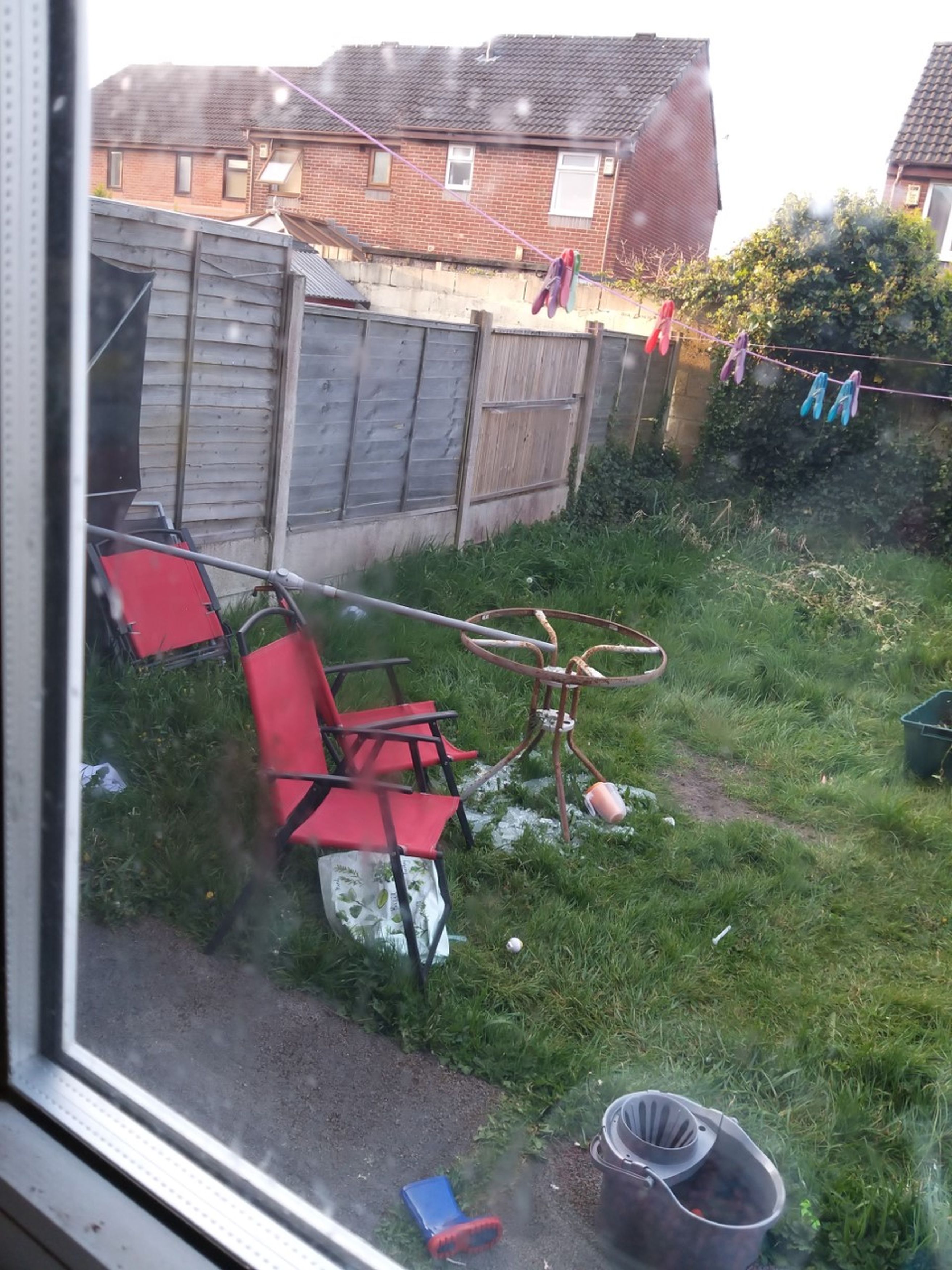 But among all the cruel taunts, one woman stepped forward to help.

Moved by her kindness, Melissa said: “I was upset and then when Sam messaged me saying ‘I’ll come and do it’, I was like ‘are you sure that is something you want to do?’ 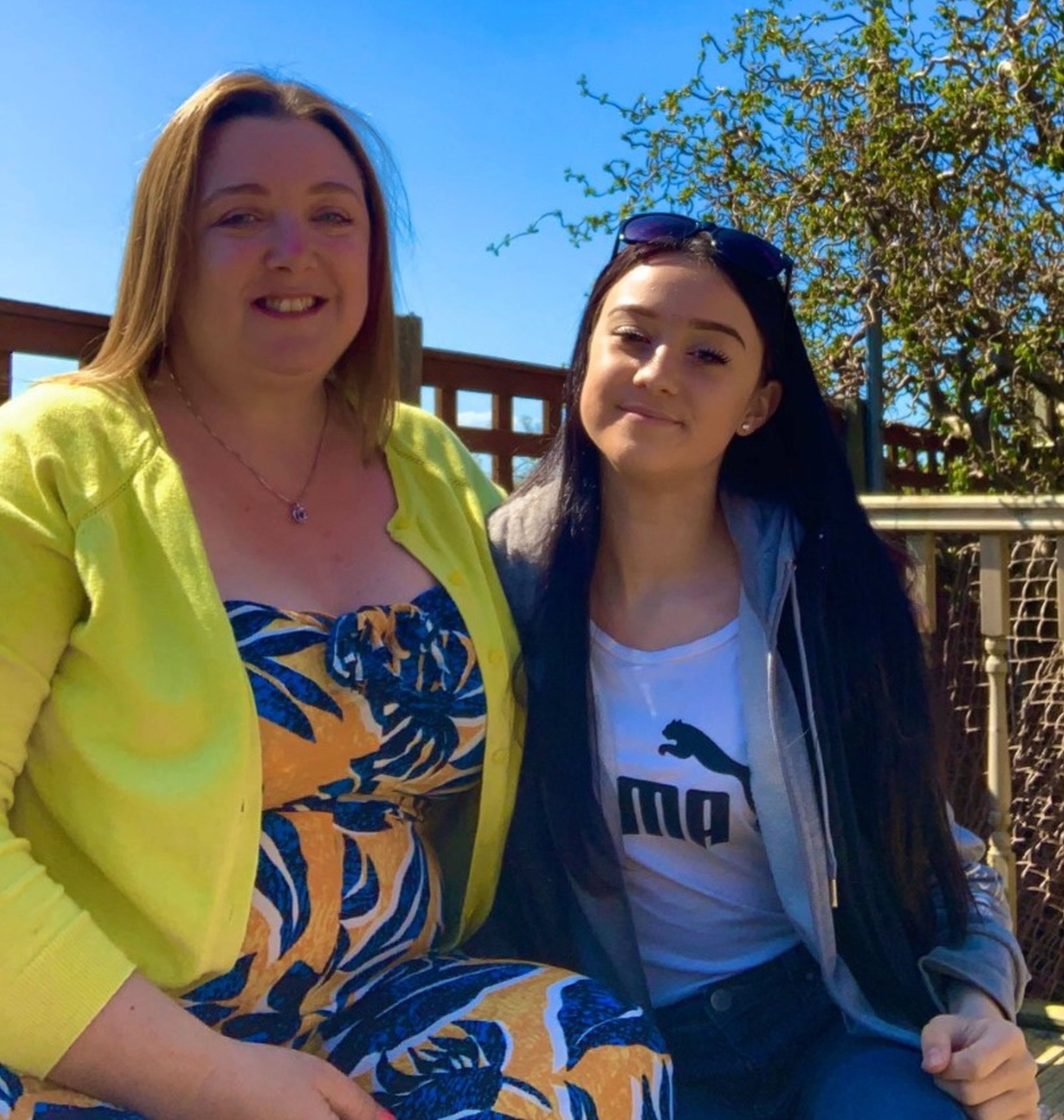 “I was happy that someone had come to take the time out of their day to help somebody. She’s such a nice, lovely lady.

“My daughter loves it because now we’ve got a table she can sit outside and my little boy loves being in the garden.”

Samantha says she was once a young single mum, and sympathised with Melissa’s tough position while stuck in lockdown.

So after seeing the nasty comments she was receiving, she decided to help. 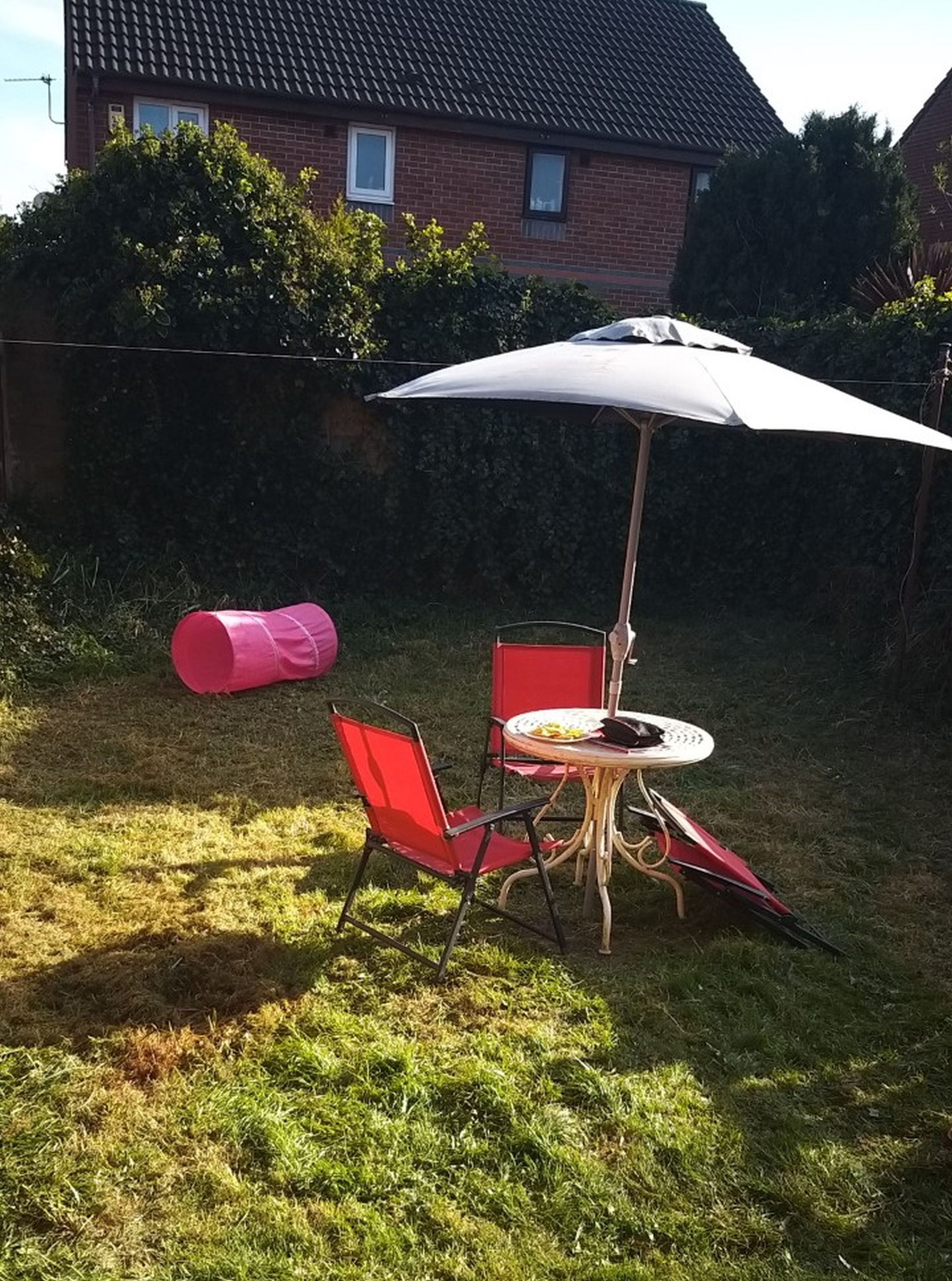 She said: “A young single mum was asking if anyone had a spare garden table that she could have because her parasol had blown over and smashed hers the night before.

“I did have a wooden garden table which was quite battered and old and thought she could have that – but another lady offered to give her an iron table, so she didn’t need my one.

“A couple of trolls were commenting things like ‘look at the state of your fences’ and ‘you want to get your grass cut’.

“They were quite horrible – if that was my post they would have upset me so much that I would have deleted it. 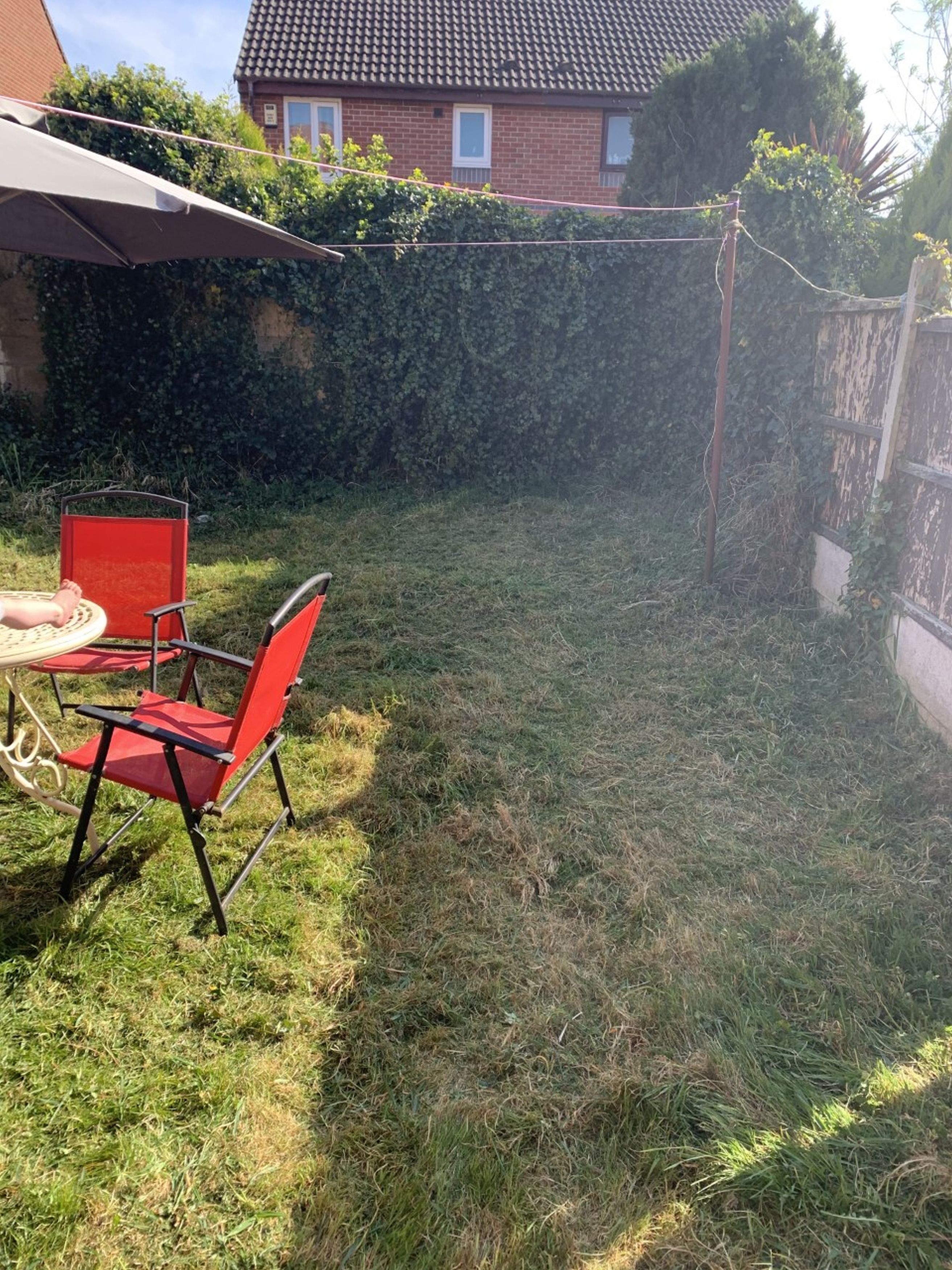 “It was the fact that they were so negative – it was like they were putting her down.”

Samantha, and her 13-year-old daughter, Erin, turned up with a lawn mower, paintbrushes, paint and a tarpaulin, and got to work while Melissa and her kids waited inside the house. 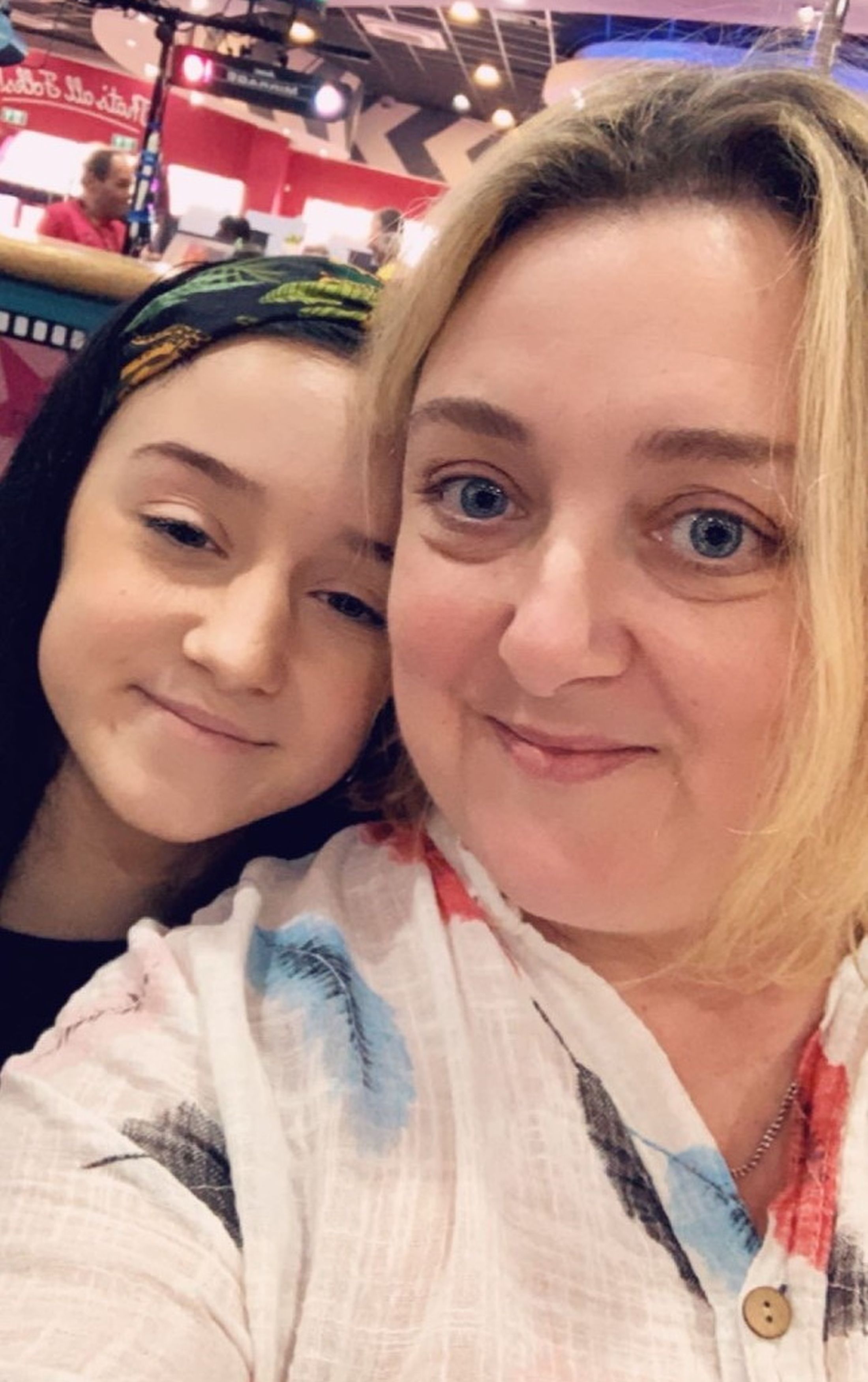 Samantha said: “The day after she started following me on Facebook and posted that she’d put the paddling pool up for the baby in the garden – it just really burst my heart with joy.

“When I see a smile on someone’s face that thrills me – I’m just like that.

“I could tell she really appreciated it by the way she’s kept in touch.

“I think she was in a bit of disbelief and quite humbled that someone would take the time to do that for her.” 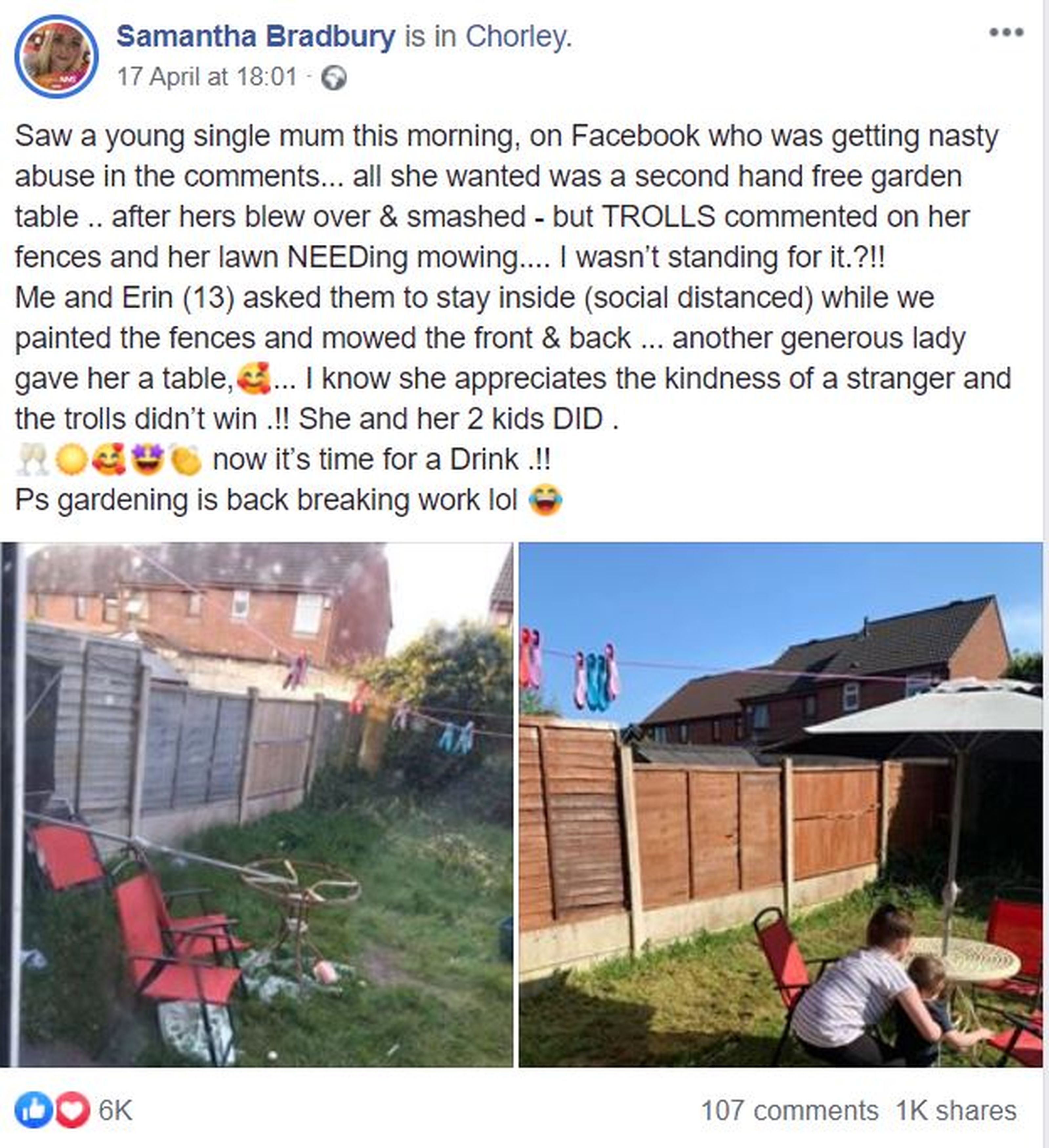 Samantha posted another update on Facebook of the finished result, saying the “trolls didn’t win”, which has received more than 7,000 shares and likes.

She added: “To see how many people have shared and liked it is just fantastic – I didn’t expect it to have such a big reaction.

“I think it’s just resonated with others as it makes you remember that there are people out there who are willing to do things like this for each other – it’s not all negative.”

And we revealed picking light-coloured pots for your garden is the key to stunning plants as you’ll need to water them less.

In other homeware news, we told you how a mum used £8 Screwfix black grout to transform "boring" white bathroom tiles.

Viewers convinced that this character could be still alive in major plot twist ahead of Michelle Keegan’s exit from show
What time is Matt Hancock’s speech today? – The Sun
Popular News