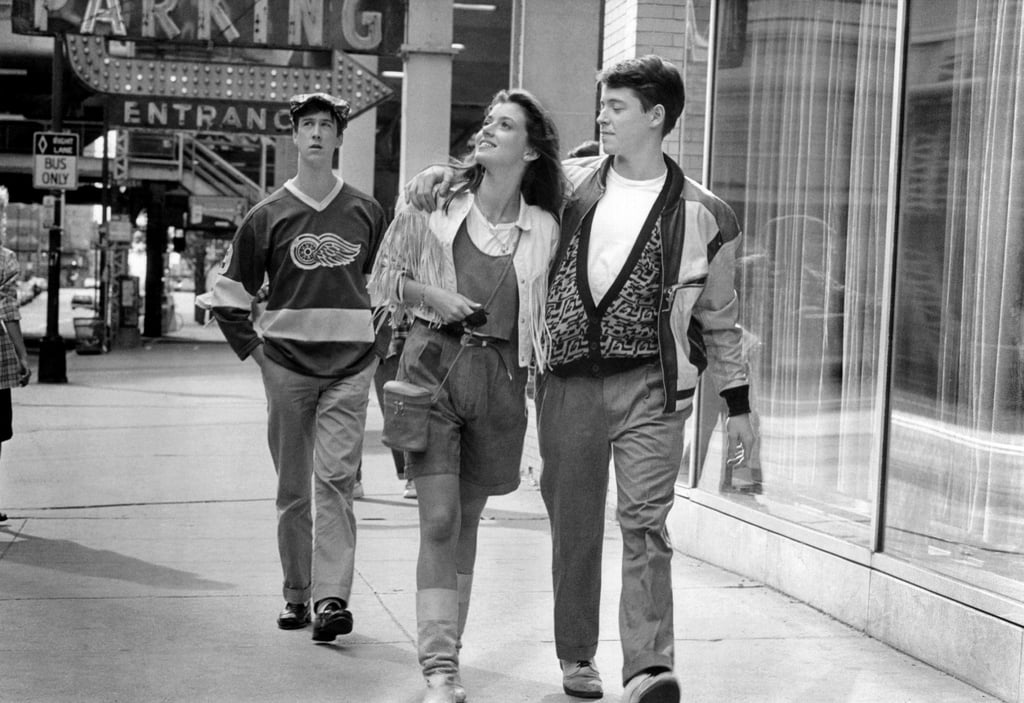 “Want to watch Ferris Bueller’s Day Off?” my SO asked me while we were cooking dinner on night 10 of our self-isolation. “Where did that idea come from, and hell yes!” I immediately replied. Turns out, the 1986 John Hughes film is streaming on Netflix, and that sparked his suggestion, so he’s not as brilliant as you initially suspected. Being a big fan of Dirty Dancing and Baby’s style, I was always excited to watch Jennifer Grey in another movie, but for this viewing of Ferris Bueller’s Day Off (which also felt appropriate since a lot of people are JC and WFH right now), my eyes were glued to Sloane Peterson, played by Mia Sara.

My coworker Laura recently wrote about her love of the Bermuda-shorts-and-boots street style trend, which we spotted almost everywhere this past Fashion Week season. In theory, the combination seems improbable and awkward, but given the right proportions — which Sloane proves to be loose-fitting, tailored shorts and midrise, slouchy boots — it can look so darn cool, and it’s actually simple to pull off. I feel personally inclined to try out this boho style à la Sloane with a fringed jacket, a Western belt, and a lightweight crossbody bag. Maybe I won’t be spending the day in this outfit around the house (or maybe I will?), but if there’s one springtime look I’m planning to debut first, it’s Sloane’s. Scroll through to join the pack on this “day off,” won’t you?