Home » Beauty and Fashion » Mum sparks outrage over four-year-old daughter's lunchbox – but do you see what is wrong with it?

Mum sparks outrage over four-year-old daughter's lunchbox – but do you see what is wrong with it?

A MUM has come under fire for sending her four-year-old daughter to school with a packed lunch that contained a boiled egg.

The Australian mum shared a photo of the youngster’s lunch on Facebook, and people slammed her for being “reckless” due to the allergy risk for other kids. 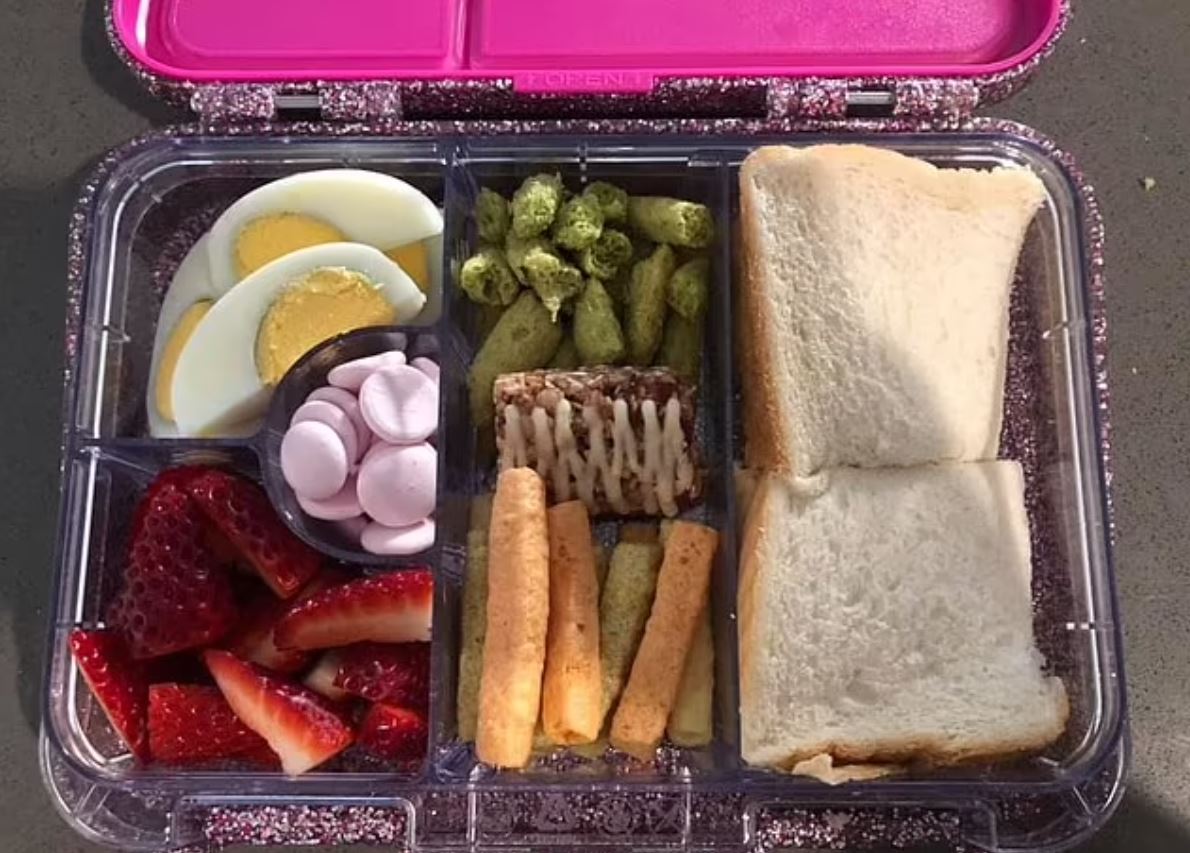 Instead of receiving friendly comments after sharing the youngster's lunch, the mum was met with critical comments.

One mum wrote: “My daughter is allergic to eggs, it's the most common allergy according to our allergist, more common than nuts.”

Another said: “One of my daughter's friends from kindy was allergic to so much that even if someone touched a nut or egg and touched her she would come out in welts.”

While many people claimed the mum was “irresponsible” for packing the egg, she defended the lunch choice.

What the NHS recommends schoolkids have for lunch

The NHS gives a number of suggestions and guidelines on their Change4Life website:

The mum added: “They have implied I don't care about allergies which isn't the case.

“My daughter also love almonds but I don't send those or peanut butter sandwiches because of the allergy risk.

“There isn't an egg issue in my daughters kinder [kindergarten] if there was a serious issue I would never put a child's life at risk,.”

While many criticised the mum, others said how great the lunch looked and some even asked the mum where she got her yoghurt drops from.

In Australia, one in ten young kids have a food allergy, with cow’s milk, eggs and nuts being the most common food allergens.

Previously, we shared what a ‘perfect’ school lunchbox looks like according to nutritionists – so how does YOUR kid’s compare?

Elsewhere, a mum makes ‘snack station’ for her kids after becoming sick of cooking for them in lockdown.

Plus a mum was slammed for sharing photo of ‘extremely dangerous’ lunchbox she packed for her two-year-old.