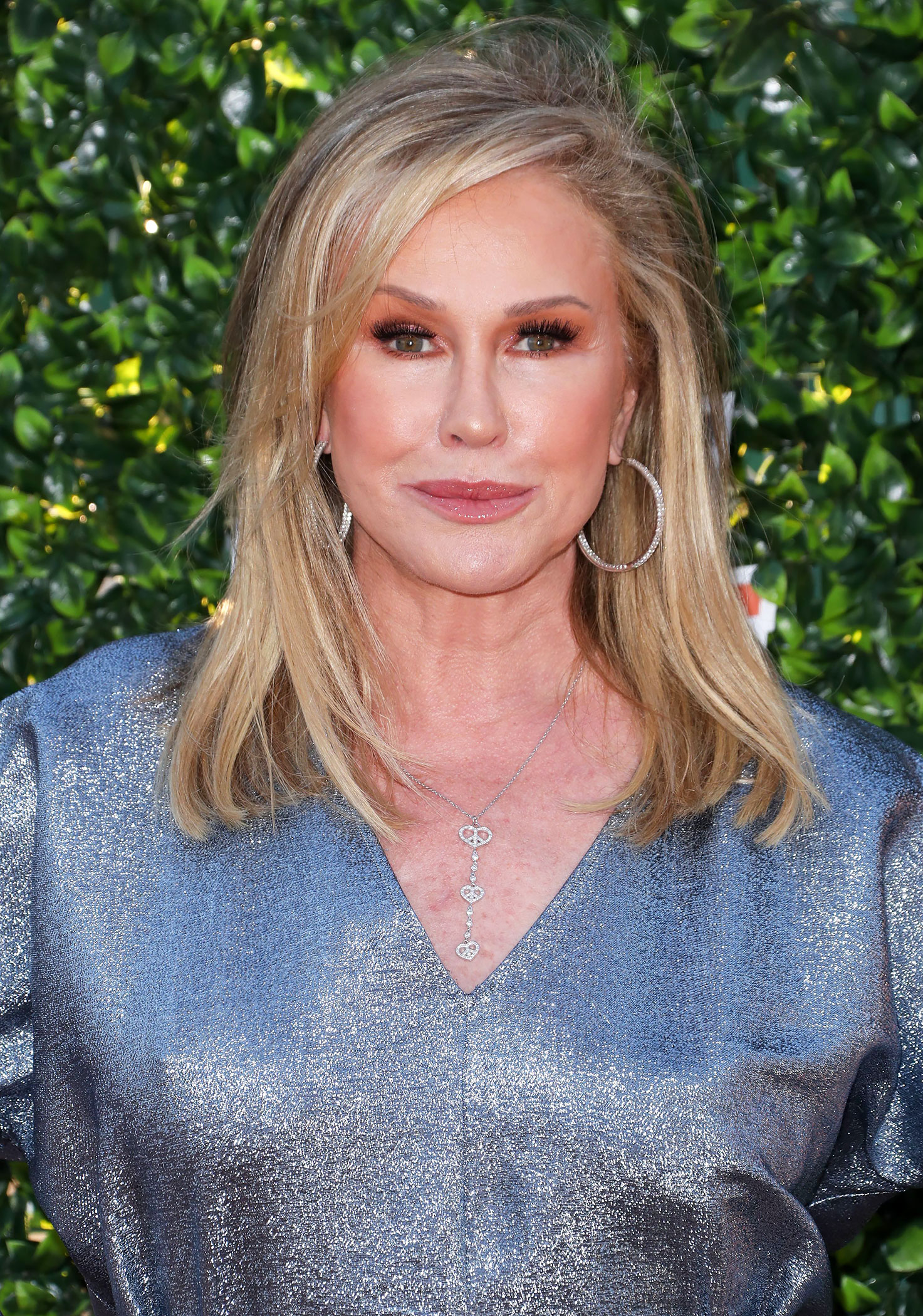 Kathy Hilton is a hairdresser! The 62-year-old actress put on her best poker face while playing “Two Truths and a Lie” on Real Housewives of Beverly Hills, claiming that in a past life she cut children’s hair for a living.

While some skepticism remained, Hilton shut down all doubts once for all, taking to Instagram to show off her skills in action.

“Wanted to show you my hair cutting skills in the lobby at the @beverlyhilton hotel during the @goldenglobes,” the reality star captioned her Friday, June 17, Instagram post.

In the accompanying video, Hilton puts her hairstyling talents on full display, clutching a scissors in one hand and a client’s hair — very tightly — in the other.

The fashion designer, who is sisters with Kyle and Kim Richards, clearly believes in her abilities, intensely snipping away at what appears to be a choppy pixie cut.

“That’s it? Well it still looks too long,” the reality star objected. Now, Hilton’s 450,000 followers unfortunately didn’t get a glimpse at the final outcome, but one things for sure: she proved that she can certainly cut hair when given the opportunity.

Fellow castmates couldn’t get enough of the video. “OMG DEAD! 😂,” Lisa Rinna commented. One fan even replied to her line, suggesting that, “the next time Harry Hamlin needs a haircut I beg him to let Kathy do it.”

Still, even with video evidence, some fans doubted that Hilton had formal training of any sorts. One person even pointed out that her technique was comparable to “Kathy Scissorhands.”

“Omg! How’s that eye sight with those cutting skills?! Probably not the best combination,” a used said. Another added: “Sorry Kathy but I won’t be coming to you for haircut.”

Kate Hudson Chops Off Danny Fujikawa’s Ponytail: ‘It Was Time’

Regardless, it’s clear that the star is certainly multi-talented. In fact, she also claimed during “Two Truths and a Lie” that she additionally worked as a dental assistant and as a receptionist at the Waldorf-Astoria.

Hilton is appearing on season 11 in a “friend” capacity. The Real Housewives of Beverly Hills airs on Bravo on Wednesdays at 8 p.m. ET.