Home » Beauty and Fashion » Like Chloe Madeley, I'm thrilled my hubby has bedded more than 100 women

Like Chloe Madeley, I'm thrilled my hubby has bedded more than 100 women

COURTNEY Hargreaves doesn’t mind admitting she slept with four men before meeting her husband – as he owns up to bedding at least 126 previous partners.

She even says she is pleased about his “magic number” as she is now “reaping the benefits” of his experience in bed. 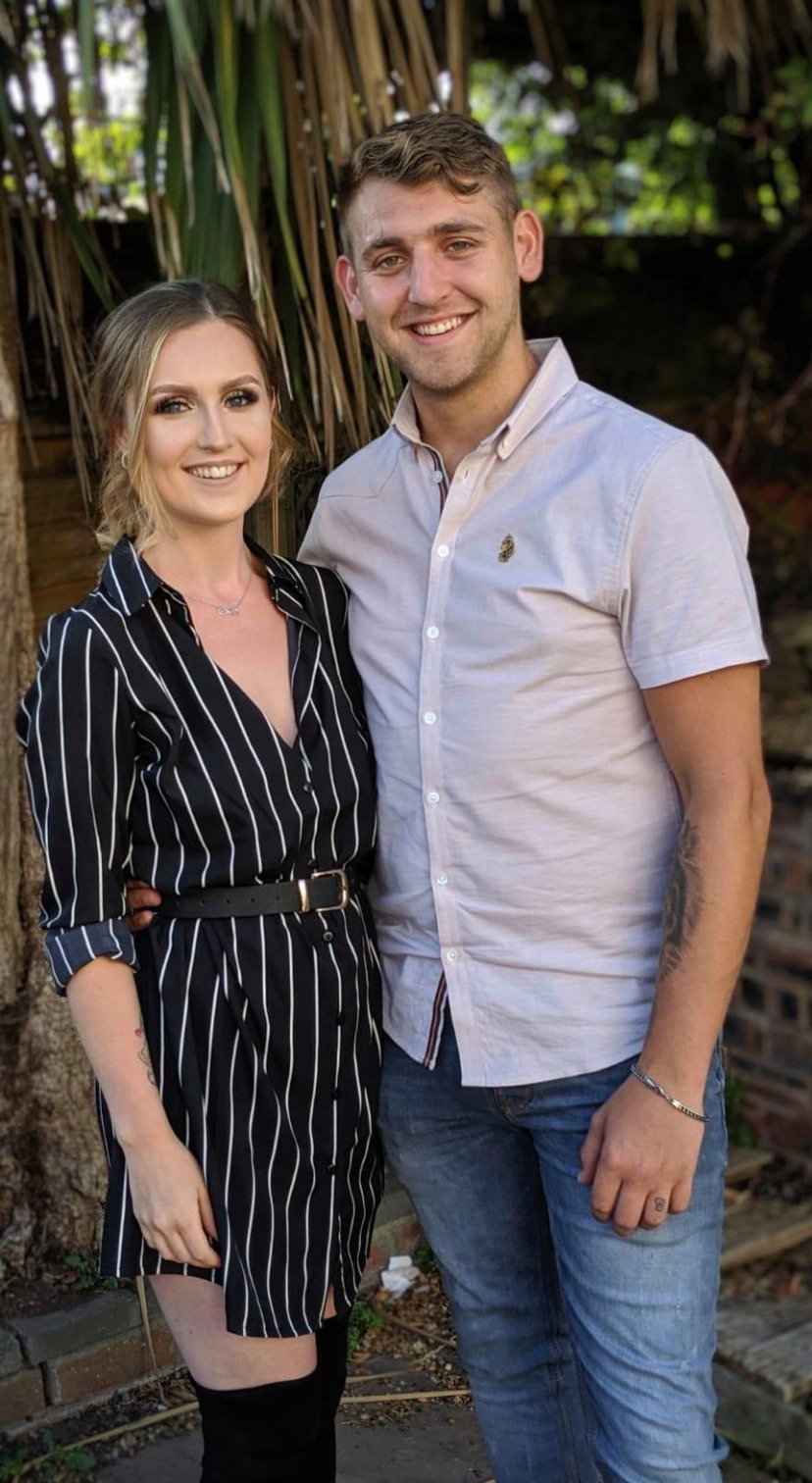 Courtney’s views echo those of Fabulous columnist Chloe Madeley — we revealed last month her hubby James Haskell had bedded up to 1,000 women before her.

Courtney’s husband Elliot, 23, had been enjoying brief sexual encounters since he was 18, but despite her friends warning he would get bored by her lack of experience, the pair are now happily married with two kids.

“I agree with Chloe that you can tame a wild man, and the benefits are huge.” 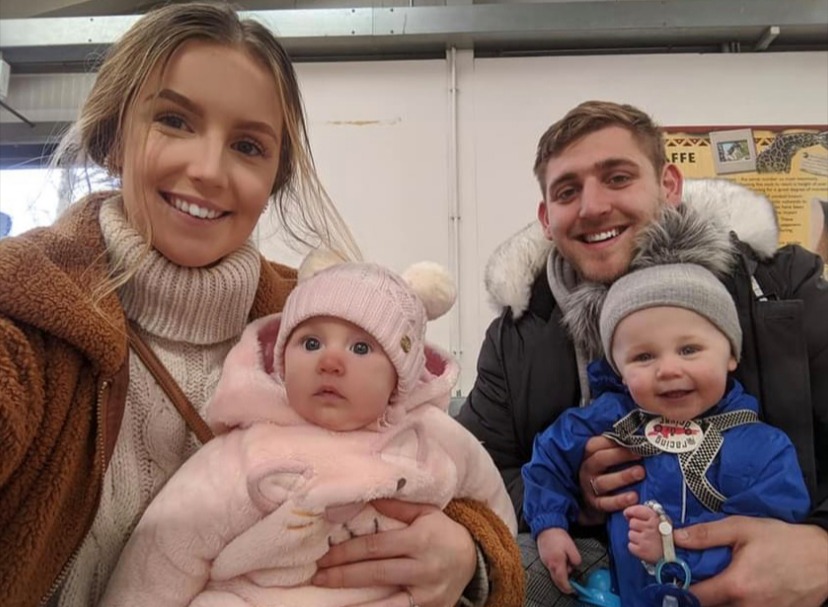 Before meeting electrical engineer Elliot in April 2017, she had one six-month relationship and three short-term flings.

She recalls their first meeting: “On a night out clubbing, Elliot pushed in front of me in the queue and turned on the charm.

“Everyone knew about his reputation. I heard he rarely went home alone and that he’d slept with hundreds of women.

“I wasn’t interested in dating a self-confessed player, so I told him to sod off. I was determined not to be another notch on his bedpost.”

She says: “On another night out I lost my friend and ran into Elliot.

“We started chatting and he didn’t try any pick-up lines.

“When he offered me a lift, I said yes, and I went round to his for a coffee. I made it clear we were just mates.

“We stayed up most of the night chatting and against my better judgment, we ended up having sex.

“He was super-confident in bed. Next morning, I woke up to his phone blowing up with texts from mates, asking to hear about his latest conquest.

“They wanted him to rate me out of ten.”

Courtney, from Blackpool, thought he would hurry her out of the door, but he asked her to stay for breakfast.

She says: “He opened up, confessing he had rarely gone home alone since he was 18.

“I appreciated his honesty and admitted I was very inexperienced in comparison.

“I told him I was worried he’d lose interest when he realised I didn’t have the same skills, but it didn’t faze him.

“Guys in the past had made me feel insecure about what they considered a low number of partners. Elliot wasn’t like that and we became a couple straight away. 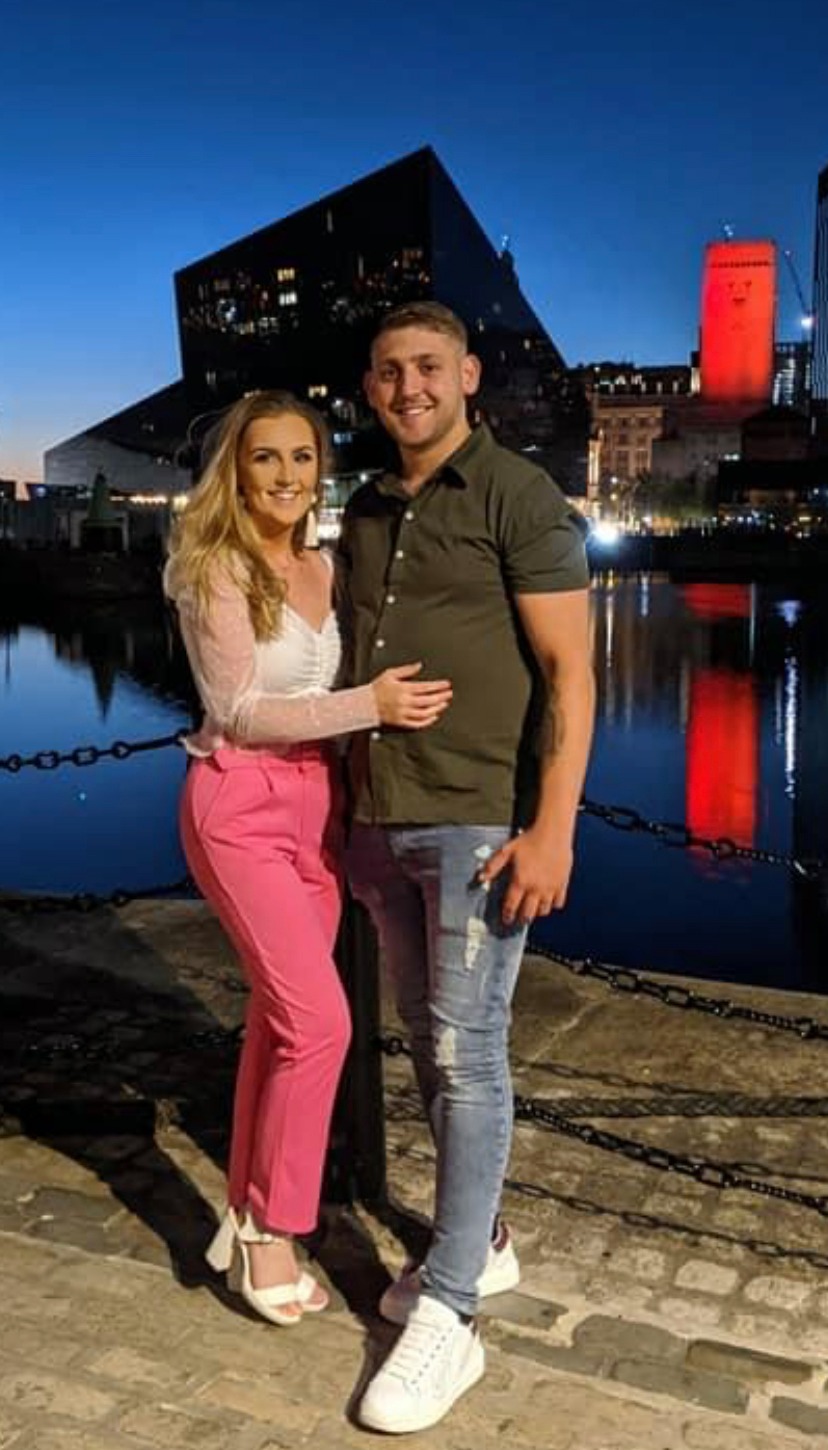 “After that first night, I just never left. I didn’t make him have an STI test, but looking back we should have.

“He said he’d been tested a month before we met and had always used protection.

“I knew he was being honest and that was the basis of our relationship moving forward.”

Elliot turned his back on nights out, preferring to stay in with her.

She says: “He knows a lot about sex and it makes sex an adventure for me. 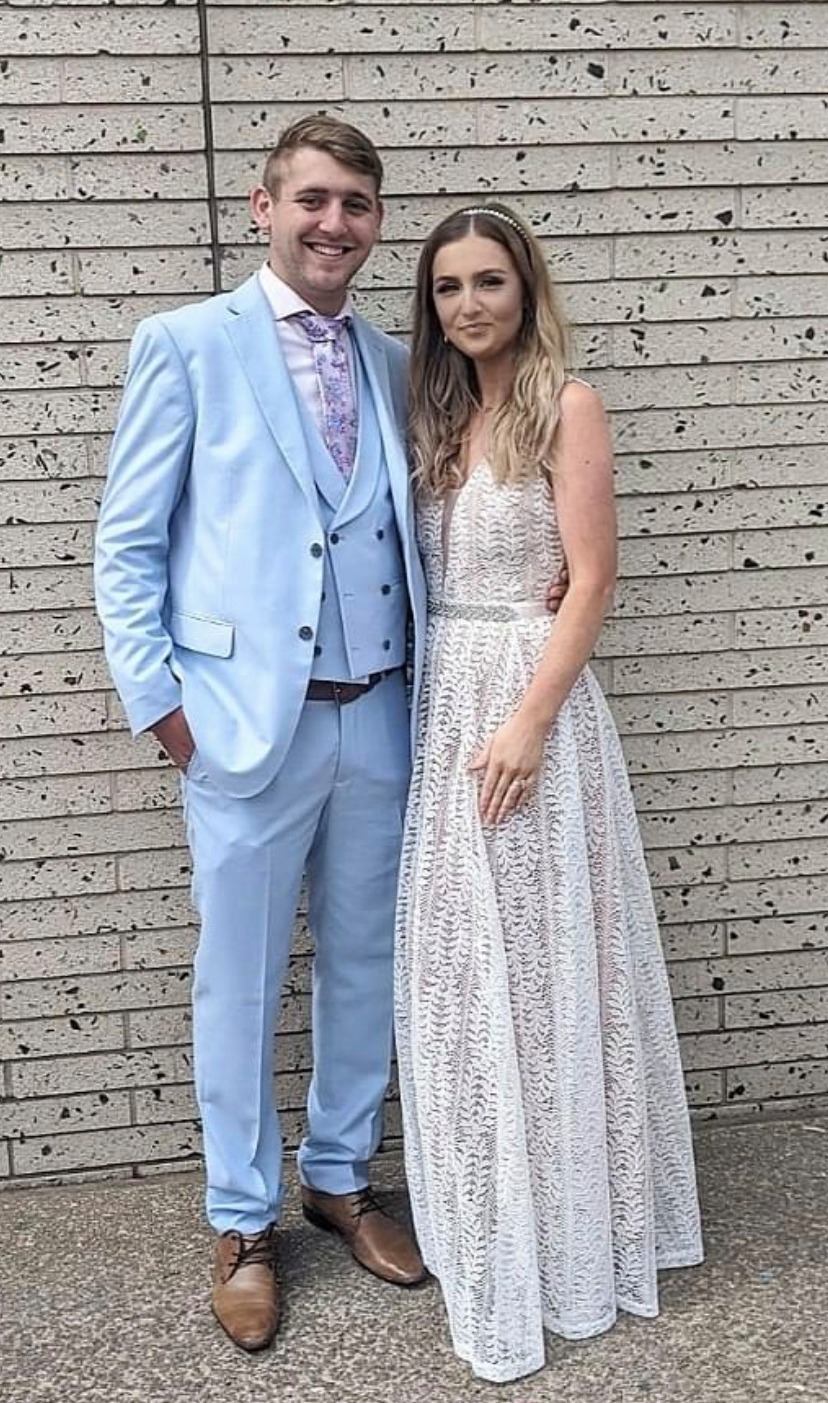 "He knows how to please a woman, a skill that previous men I had dated didn’t have.

“He makes me feel amazing and doesn’t expect me to swing from the chandeliers.

“The flipside is some friends told me he was using me, others claimed he’d get bored with my inexperience.

“I was worried too. Learning to trust a man who has slept with more than 100 women isn’t easy. 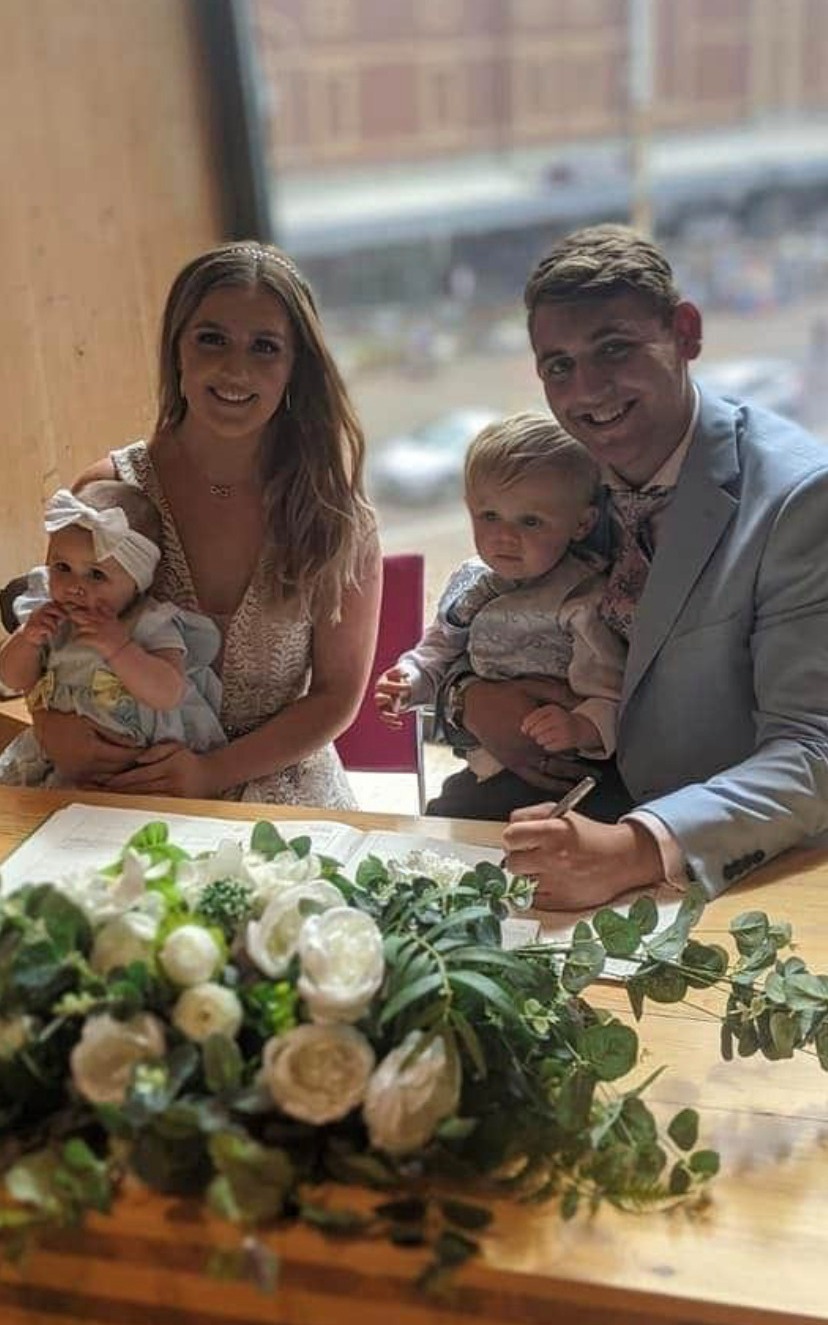 “But I was determined that our relationship wouldn’t be crippled by trust issues. I made it clear I would judge him only by how he treated me, which is with honesty and consideration.”

She says: “It was a surprise, but we were delighted. Isaac is now two, and just a month before his birth, Elliot romantically proposed.

“It’s been a whirlwind, as we welcomed our daughter Alaya into the world just ten months ago, and had our cute register office wedding in July.”

Courtney believes you should never judge a person by their sexual history and says: “I am the one who has benefited from Elliot’s wild days. 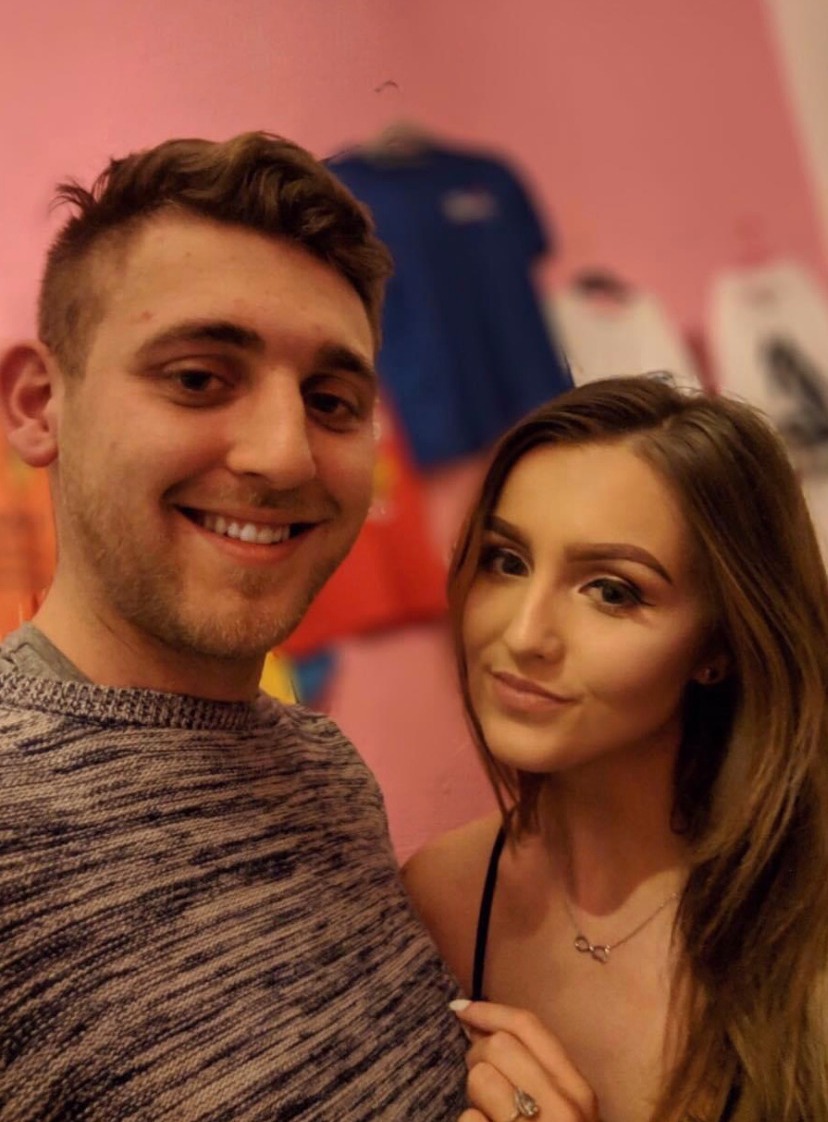 “I also know, were he not such a wild man before, he wouldn’t be such a dedicated husband and father now. He’s got it all out of his system.

"We still have sex three times a week and Elliot treats me to date nights and dinner, making sure we have time for each other.

“It’s not just in the bedroom I benefit. Everyone has a past, which is why Chloe’s column made me smile.

“I looked past the ladies’ man image and saw the father and husband Elliot wanted to be.

SEXPERT Alix Fox says: “It’s easy to feel insecure if your partner’s past is packed with passionate flings.

“But viewing exes as ‘practice’ that your partner used to develop all the wonderful qualities they bring to you now can help to manage those emotions.”

Alix adds: “The number of people someone has slept with really isn’t a reliable metric to figure out whether or not they will be a good lover.

"Yet in some cases, like Elliot’s, a partner may have used their rich sexual history as a way to learn, grow and genuinely become better in bed.”

“Everyone is shocked at how I have tamed the former wild man, but we’re happier than ever. Elliot’s sown his wild oats and will never play up.”

Elliot says: “Until I met Courtney, all I was interested in was going out and meeting women. But Courtney was completely different to me — mature, sensible and forgiving.

“She is the perfect woman for me and I’d rather spend the rest of my life with her and our children than return to my days of single life.”

Related posts:
BTS' 'BE' Album Comes With A Ton Of Goodies
EU insists November 19 is final deadline for Brexit trade deal
Popular News
Alyssa Milano's Hairstylist Reveals How He Managed Her COVID-Related Hair Loss
26/11/2020
Man Utd wonderkid Ramon Calliste, called ‘the next Giggs’, now owns luxury watch business and makes £5m a year – The Sun
26/03/2020
Megan Thee Stallion Addresses Criticism Over Twerking: ‘I Love to Shake My A**’
26/03/2020
Police guard shops to stop coronavirus panic-buyers and enforce social distancing – The Sun
26/03/2020
Coronavirus: Good Morning Britain’s Dr Hilary reveals ‘game-changing’ self-testing kit
26/03/2020
Recent Posts
This website uses cookies to improve your user experience and to provide you with advertisements that are relevant to your interests. By continuing to browse the site you are agreeing to our use of cookies.Ok