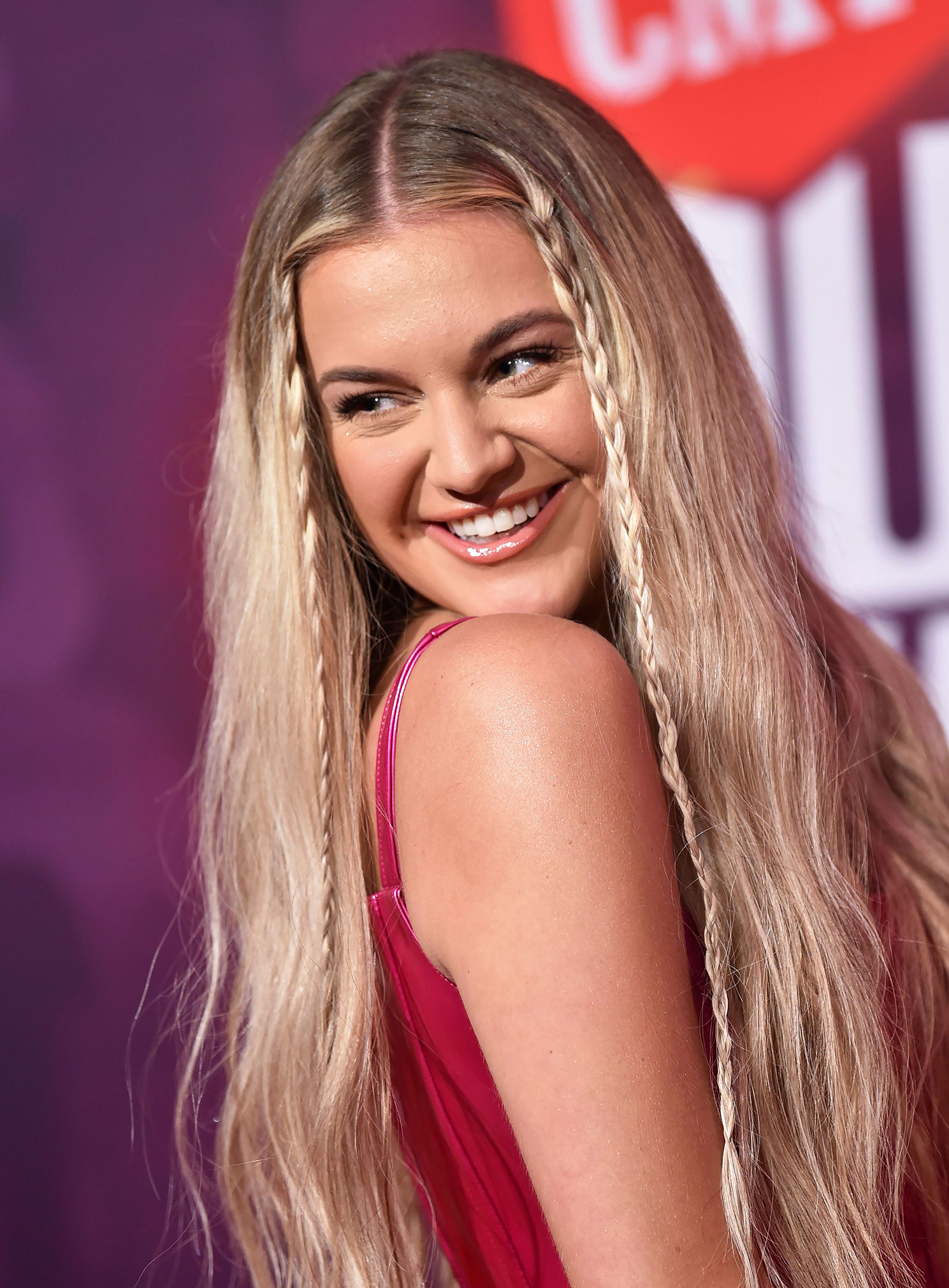 She’s a Barbie girl in a country world! Kelsea Ballerini was the epitome of girl power at the 2021 CMT Awards on Wednesday, June 9, shutting down the red carpet in an all-pink ensemble.

The 27-year-old singer, who is hosting the awards show alongside Kane Brown, rocked a pink pleather jumpsuit from LaQuan Smith. With piping around the knees and bustier-like top, Ballerini looked straight out of a Barbie dream house — and she knew it!

“Peace, love & pink pleather ✨💖✌🏼 tune into the @cmt awards TONIGHT,” she captioned her Instagram, showing off her glam for the evening. 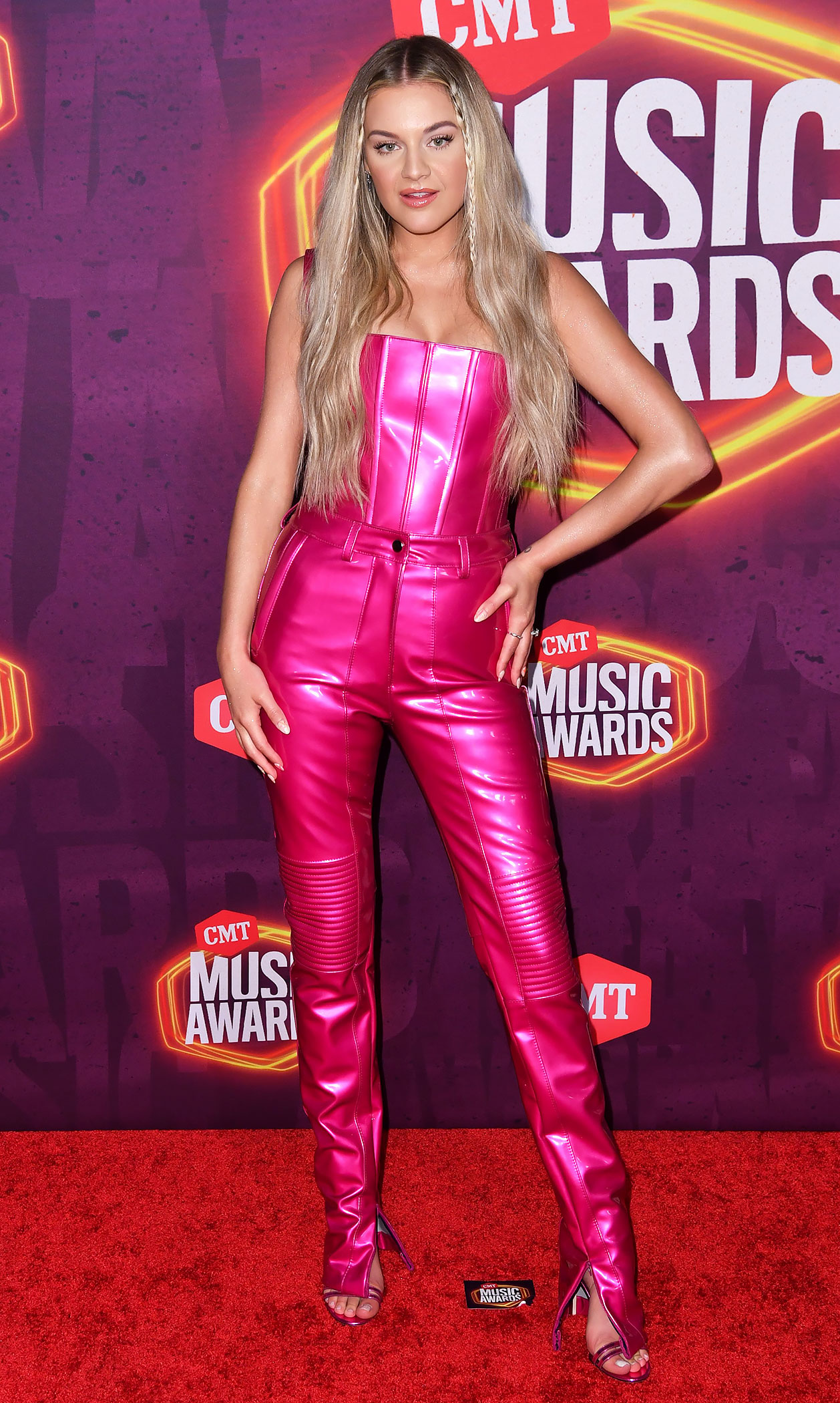 The look was obviously a hit, with the comments section exploding in seconds. Brandi Cyrus wrote, “LOOOVE this look!!” The CMT official account echoed the sentiment: “THIS. LOOK. IS. EVERYTHING.”

Fans were equally as obsessed with her pink power suit. “Barbie has entered the chat,” one of her followers said. Another added: “Barbie meets Britney vibes🙌🏼💕.”

And as a matter of fact, Britney Spears actually played a pretty big role in Ballerini’s evening. The “Miss Me More” singer took to Instagram Stories while she was getting glam to show her and Tarryn Feldman, her hairstylist and makeup artist, jamming out to “Toxic.”

With the exception of a dance break or two, the pair were hard at work pulling Ballerini’s look together.

To prep the skin, Feldman started off with Noble Panacea skincare. And, when it came to makeup, KISS was her go-to! A quick peek at Feldman’s Instagram Stories, and it appears she used the KISS Lash Glue Liner as well as the KISS My Lash But Better Lashes. 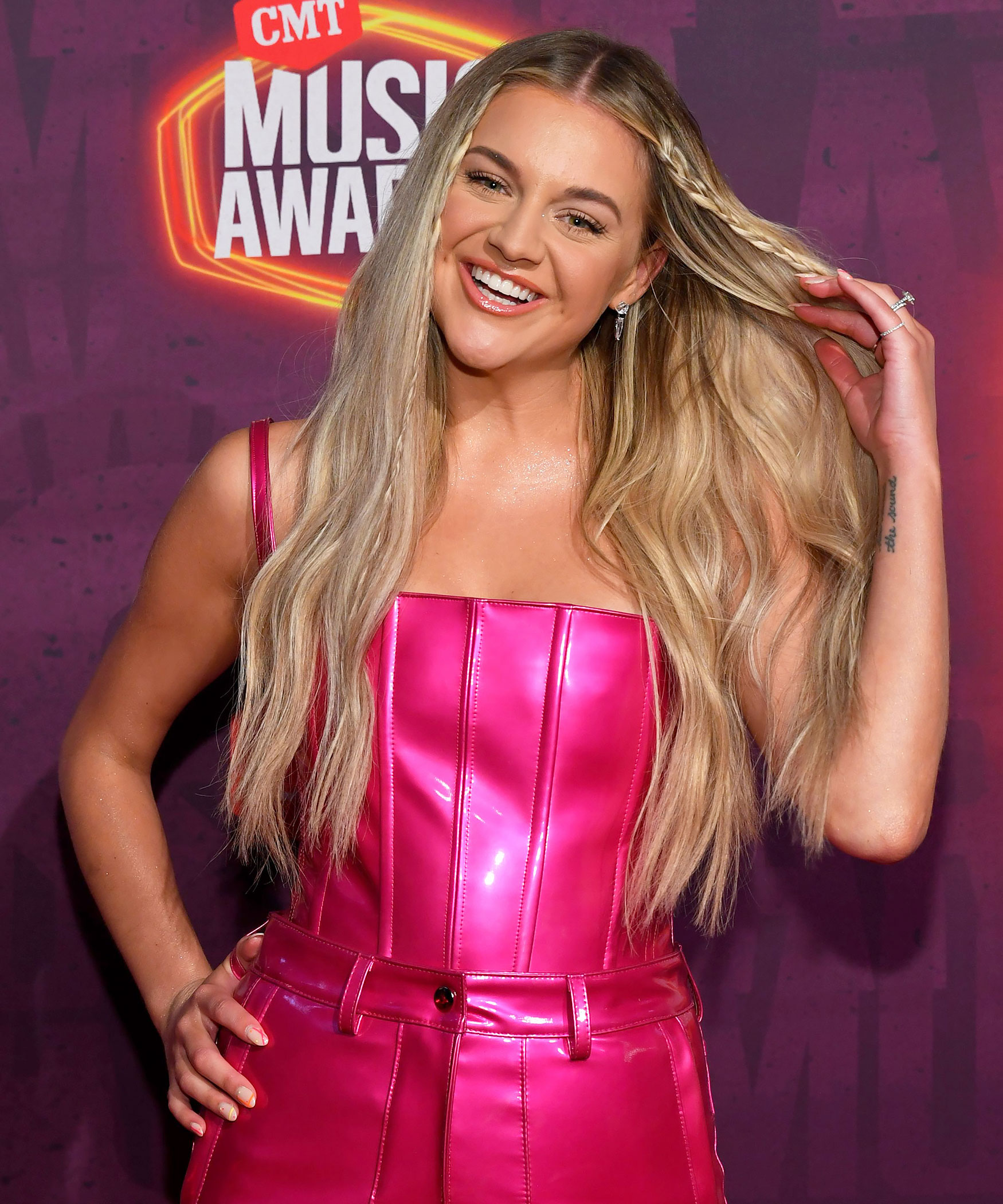 As for her hair? Feldman went with loose waves and two face-framing braids.

While fans were understandably obsessed with Ballerini’s look, it’s no surprise that the star, who won the CMT Performance of the Year for “The Other Girl,” a collab with Halsey, brought her best the red carpet. She’s quite the stylish star!

At the 56th Annual ACM Awards in April, she stunned in a monochromatic emerald green look. The “Country Song” singer coordinated her custom Dolce & Gabbana gown with her eyeshadow, rocking a sparkly smoky eye.

At the 2020 CMTs, the “Hole in the Bottle” star also sparkled, slipping into a vintage Tom Ford sequin mini dress.