A HEAD lice technician has revealed the ‘worst case she’s ever seen’ where the nits left the little girl ‘scalped.’

Rachel Maroun, 21, first began working as a head lice technician when she took a job in a pharmacy aged 15. 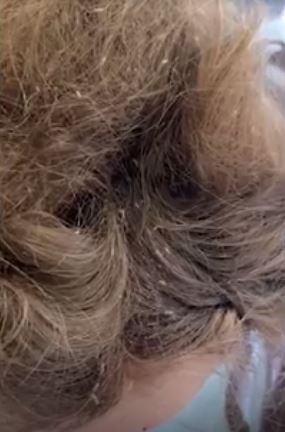 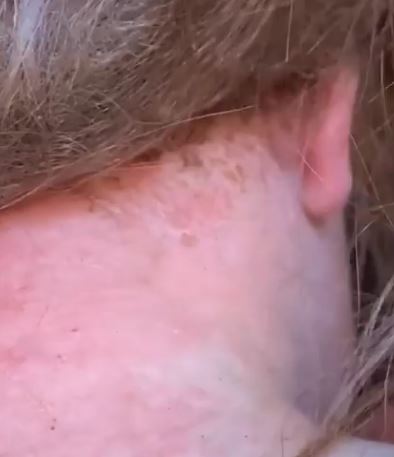 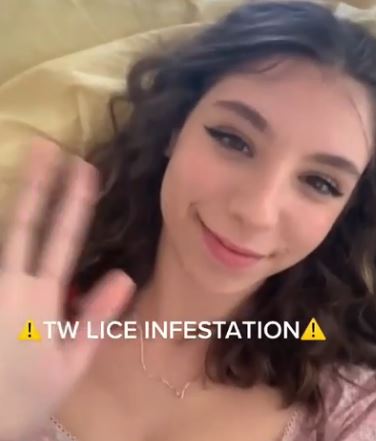 She now runs her own private clinic in Sydney’s North Shore, using a professional medical device to remove the bloodsucking insects from children’s heads, charging on average £80 per treatment.

Despite admitting she loves her “weird” job, Rachel said she sometimes sees children in the extremely “heartbreaking” situations.

Recently, Rachel came across a young girl whose hair was so severely infested with lice she had to call child protective services.

The young girl’s light brown locks were not only crawling with lice – so badly Rachel said she could see the “bugs falling onto the floor” when she walked in – but her hair was also severely matted and was “detaching from the scalp”.

“Her whole head was basically an open wound,” she told news.com.au.

“The hair was like a helmet about to just be pulled off. There was no point in combing it, we needed to get it off, start fresh.

We don't get enough in benefits so I have to pay for Xmas myself, says off-grid mum

I’m a makeup artist,women make these 2 mistakes – causing them to look older

“That’s always very heartbreaking. I think it would have just caused way more pain than good. I think even the process of just brushing it, let alone treating the lice, would have been hell.”

“She’s in a much better environment now,” she added.

Rachel shared confronting footage of the girl’s head crawling with lice to TikTok, showing bites on the little girl’s hands where the bugs had migrated because there was no room left on her head.

“Lice is one thing. But neglect is another. I see both at work but nothing compares to this,” she captioned the video that has been viewed almost 30 million times since it was shared in November.

Many commenters were disgusted by the video, describing it as “horrible” and “sickening”.

The clip is one of many Rachel has shared on the platform since joining in 2019, amassing over 2.7 million followers documenting her unusual job.

Others include showing the lice “pop” after being removed and lots of success stories.

But while online she has been hailed a hero for doing “vital” work, even becoming playfully known as “The Lice Girl” – in real life, she said people “tend to back off” when they discover what she does for a living.

“People act like it is the most disgusting thing, it has a lot of stigma,” she said.

“A lot of people think I am joking, or that I am crazy, but I like having a weird job.

“I like not having an average, normal thing to do every day.”

Rachel spends on average around 1.5 hours per case for a professional treatment, combing the hair through with a specialist heat tool – or around 30 minutes on the more common chemical option.

“When I first started it would take forever, but now I am pretty speedy,” Rachel said, explaining she mostly treats primary school aged children.

Of course, the gig comes with its own risk, with Rachel catching lice herself a few times in the six years she’s been practising.

“I normally just tie my hair up [to avoid caching the lice], but if it’s really bad I will wear a hair net,” she said.

“I try to stay away from wearing full protective gear as it scares the kids.”

One question she receives regularly surrounds the fact she doesn’t wear gloves, with Rachel stating she can’t as she uses her fingers to feel for eggs.

“Eggs are typically the hardest part to do, there’s usually always some that get left behind.

“The best way to catch them is feeling for them with my fingers.”

Rachel loves to bust myths surrounding head lice, stating there’s a “lack of education around not only head lice, but how to treat them”.

“Head lice love clean hair, the cleaner you are the more likely you are to head lice,” she said.

“It has nothing to do with being dirty or having dirty hair.”

“People think lice will fall out when you have a shower – that is not true,” she said.

“Kids can catch lice in a swimming pool, which is another reason to use swimming caps.”

And there’s one final lice fact that is sure to blow your mind, Rachel says.

This story was originally published on News.com.au and has been republished here with permission.