DINA Maktabi, 40, founder of an online magazine, lives in London with her husband Stephan, 46, a banker, and their son, 13, and daughter, nine.

Here she tells how she and her family survived the blast that killed hundreds and left 300,000 homeless. 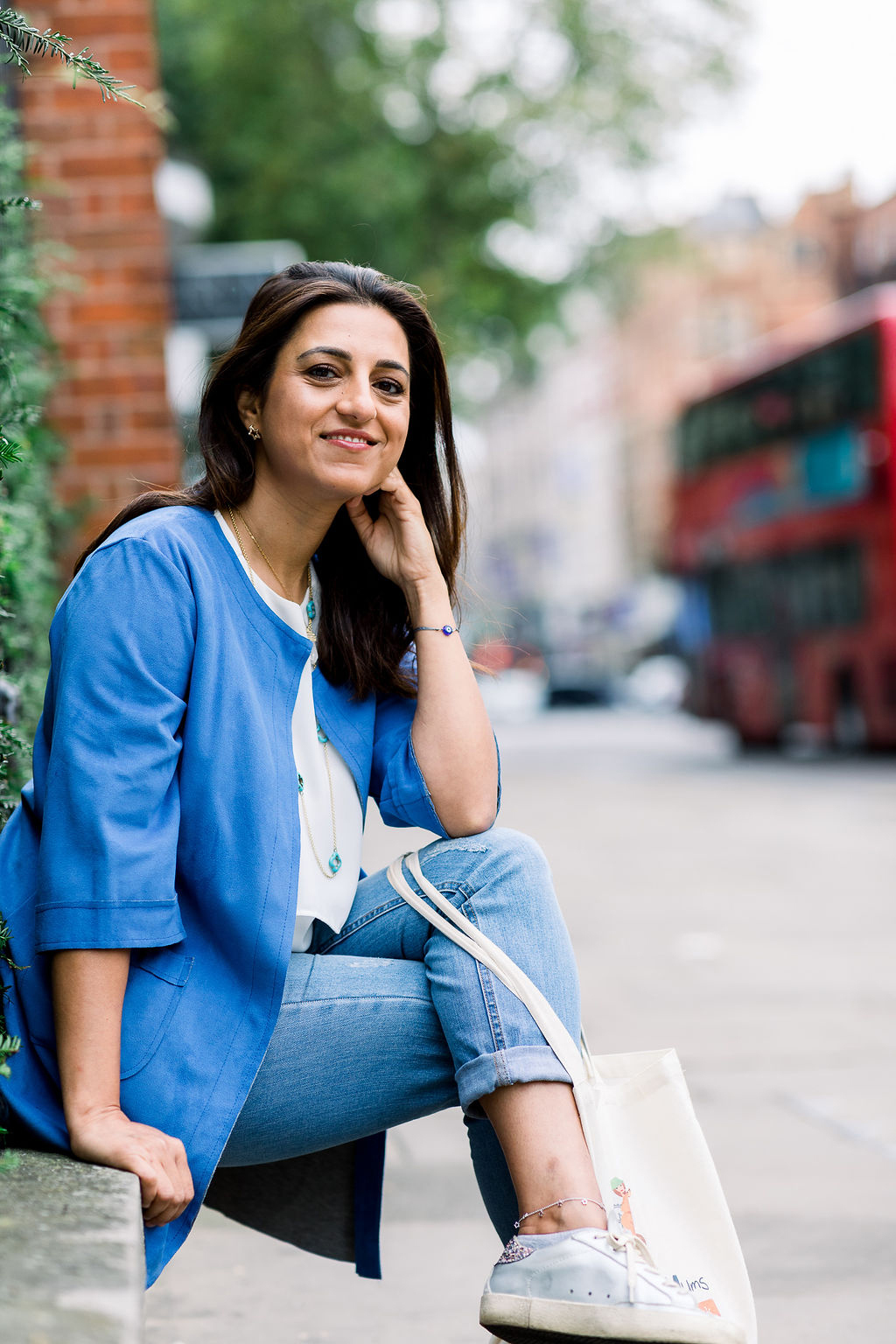 “As my daughter shouted to me that she could see trees flying through the air, I looked out of our window and, in disbelief, saw that she was right. Next came a huge bang. Grabbing our kids, my husband Stephan and I held them tight as our ears rang.

“I was born in Beirut, Lebanon, in 1980, before moving to London with my family when I was eight.

“We’d often head back for family holidays, which were always happy times, and when I met Stephan in 2004, at the age of 24, we had our kids and we would holiday every year in an apartment belonging to my family. In July this year we headed there as normal.

“August 4 was a hot, humid day. I was putting away groceries when my daughter shouted for me. As we peered out of the window, our family’s cat bolted into the bathroom, as if he could sense danger.

“A few seconds later there was a huge boom and the apartment trembled. Shaken, we hurried our children into the bathroom, where there was less glass that could break.

“ About eight seconds later there was another huge explosion. The whole building shook and we heard glass raining down inside and out.

Just as quickly as it had happened, it was over. The kids went completely quiet, in shock.

“Our windows had smashed and I held my children close and kept telling them that it was all OK, but immediately I worried it might be a terrorist attack. Tentatively, we headed to our balcony to see the carnage outside. 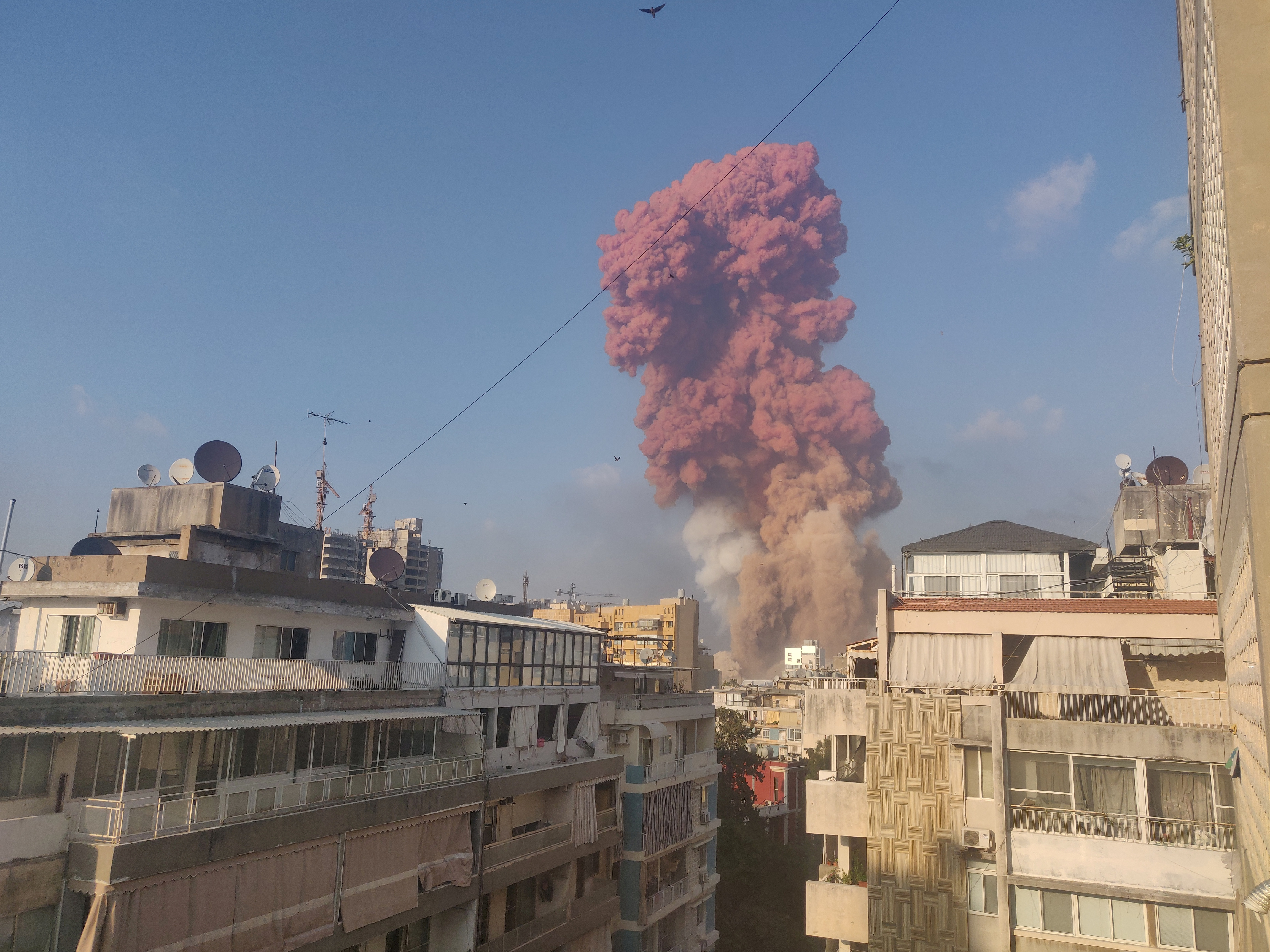 Below us we could hear people screaming as they wandered through the streets, dazed and injured. Black and pink fumes filled the air.

“Both my and Stephan’s parents live in Beirut, as do my sister and cousin, so we anxiously phoned them to check they were safe. Fortunately, no one was injured, but my sister’s fashion and homeware shop was destroyed.

“That night, we went to stay with family in the mountains to feel safer. We watched the news and found out that the explosion didn’t seem to be a terrorist attack, but was due to a large amount of ammonium nitrate stored at the city’s port.

“I felt helpless, so when my cousin told me about a volunteer group called the Lebanese Food Bank, which distributed supplies to those affected, I joined up with my son. My daughter was too young to help, so when we returned to the city the day after the blast, she stayed behind with Stephan. 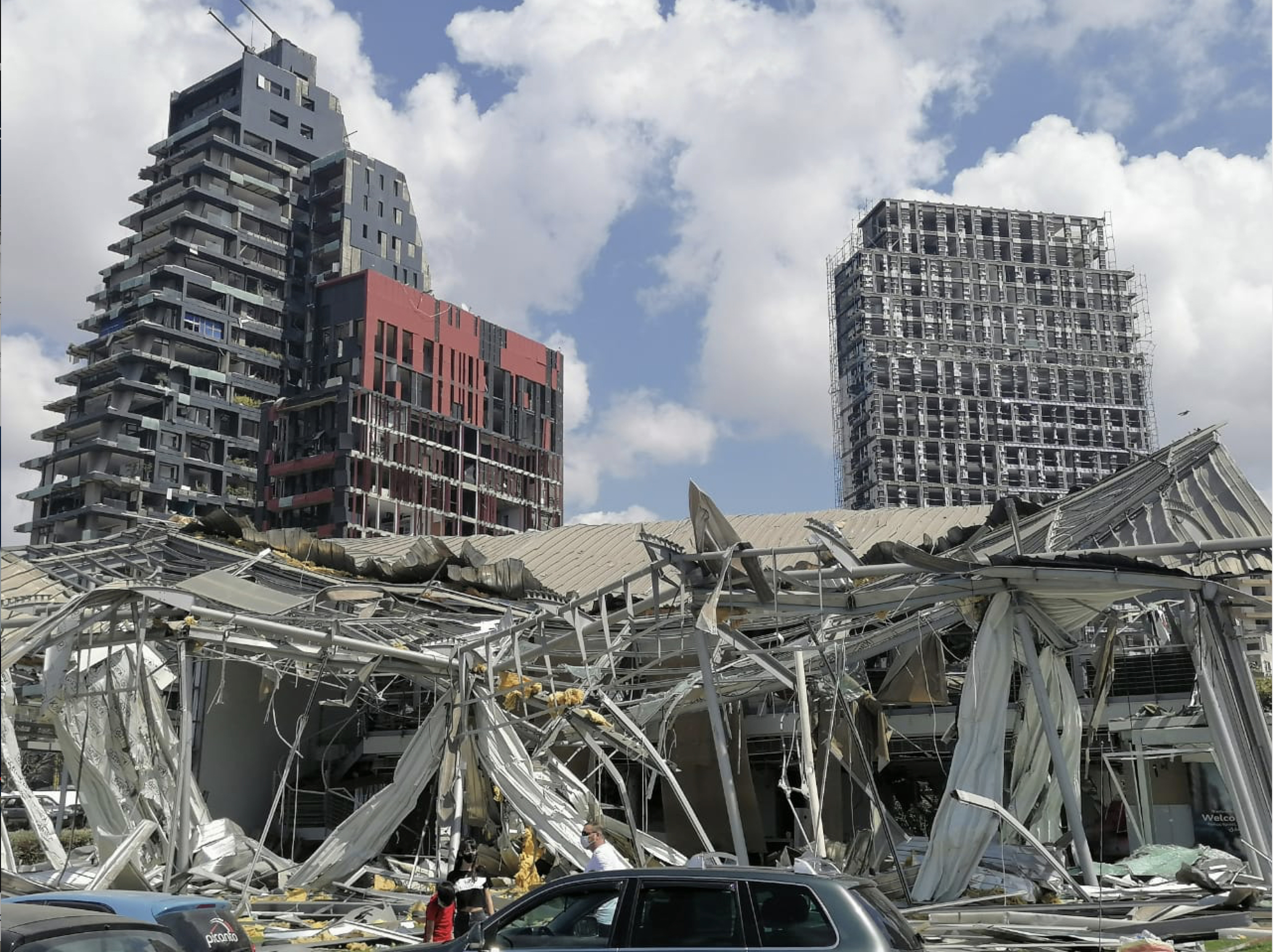 “Stepping on to the streets was very frightening. All we could see was rubble.

“We handed out staple Lebanese foods, such as rice, lentils, olive oil and pitta bread, to people whose houses had been destroyed.

“One 89-year-old lady refused to leave her home, even though her daughter was begging for her to go and live with them. She had the most beautiful traditional Lebanese house where she had grown up.

“A chair had had its leg damaged, but she left it standing in its usual spot to show that we can still stand strong even if a leg is missing.

“My son organised medical treatment for her by talking to doctors who’d set up tents in the street, as she needed stitches.

“Another elderly lady had gone to live with her grown-up children, but returned home as she wanted to sleep in her own bed – despite many of her rooms having been obliterated.

“She kept saying: ‘I’m alive!’ and rejoicing, as it could have been so different. For five hours a day, we removed glass from the streets.

“The noise rang in my ears all week, and when I got home each night I felt so thankful my husband was there to comfort me. 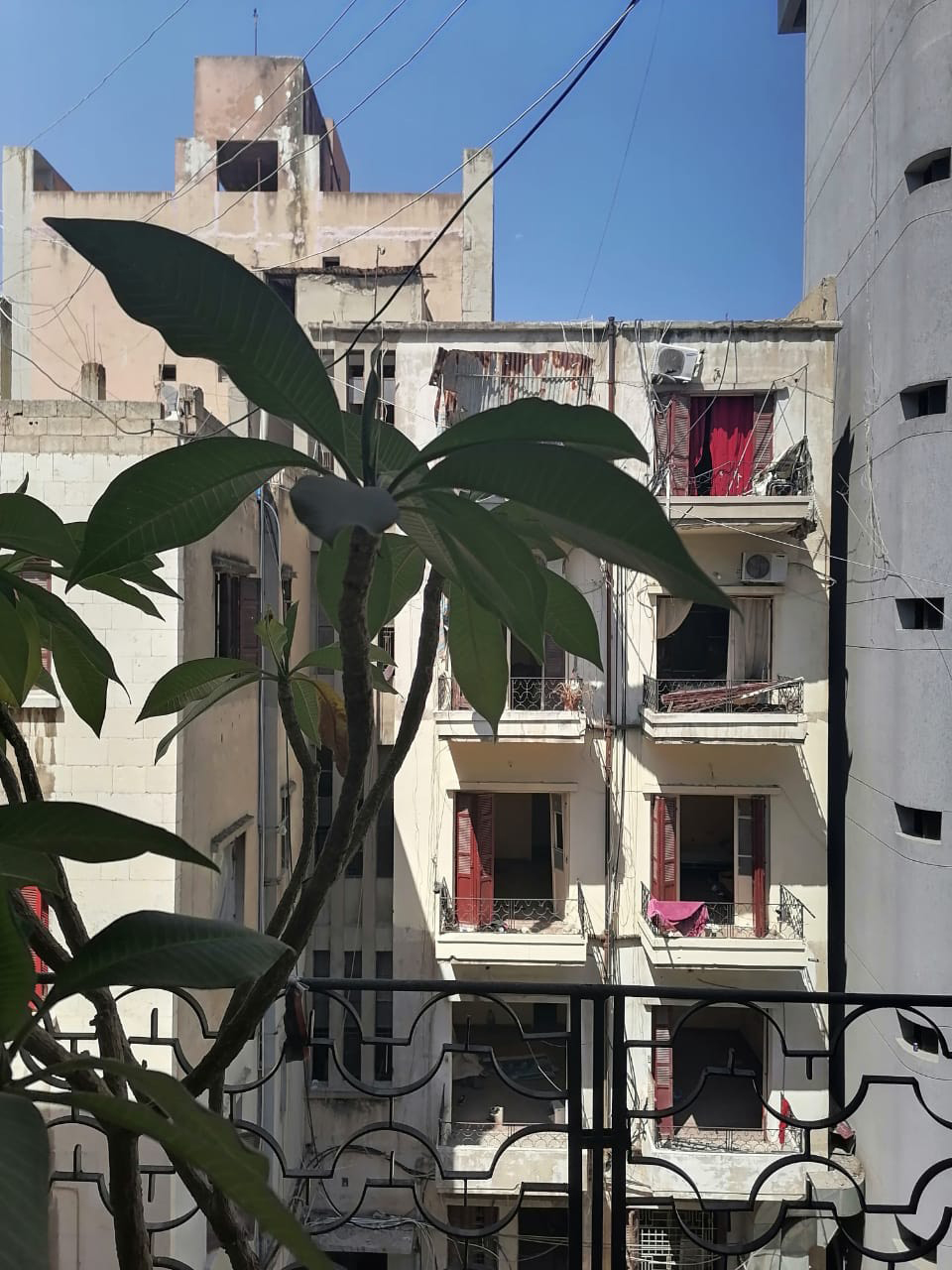 “There are many lasting effects from the blast. We flinch at the sound of planes, and panic at the shiver of water in a glass. I feel so lucky my family are all safe, although one of my friends lost two fingers.

“And while I worry that my children may have suffered trauma, they seem resilient. I am angry with how the government handled it, and as not one politician came on to the ground to speak to the Lebanese people, we don’t feel safe here any more.

“We are staying in Beirut for the time being, so we can be near family. In London, I run an online magazine called Kensington Mums and I have set up a page as a resource to help raise funds for the people of Lebanon.

“The explosion has made me determined to live every second of my life to the full. From now on, I will always remember that you only live once.” 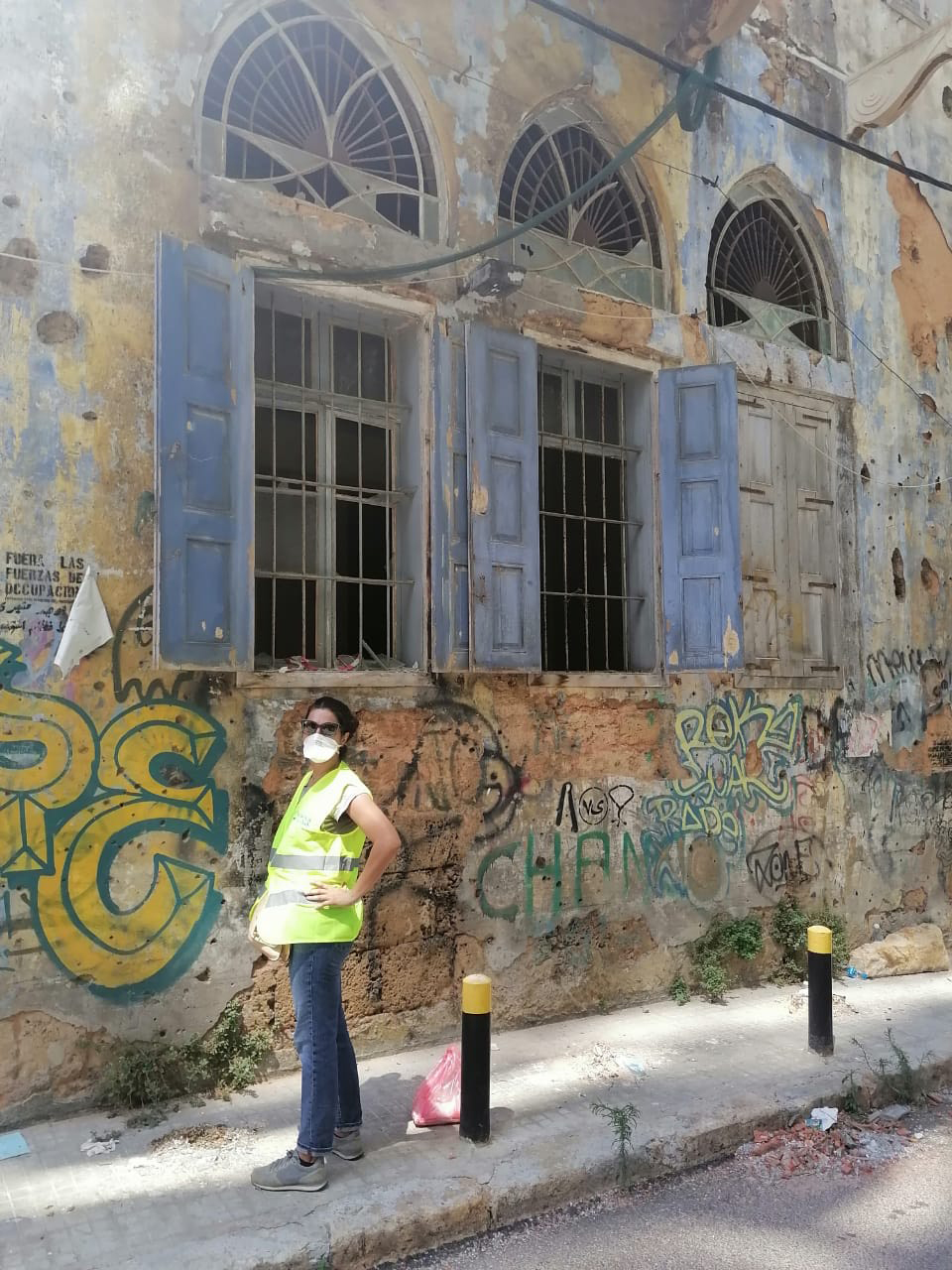 300,000 people were immediately displaced by the explosion.