Home » Beauty and Fashion » I had a baby with a death row prisoner – he’s a double murderer who buried a couple alive, my family hate him

I had a baby with a death row prisoner – he’s a double murderer who buried a couple alive, my family hate him

A FIRST time mum has revealed how she welcomed a baby with a man on death row who is a convicted double murderer.

Sigrid, 39, originally from France, has now moved to Florida to be closer to convict Alan Wade who is serving out his sentence an hour away at Union Correctional Institution. 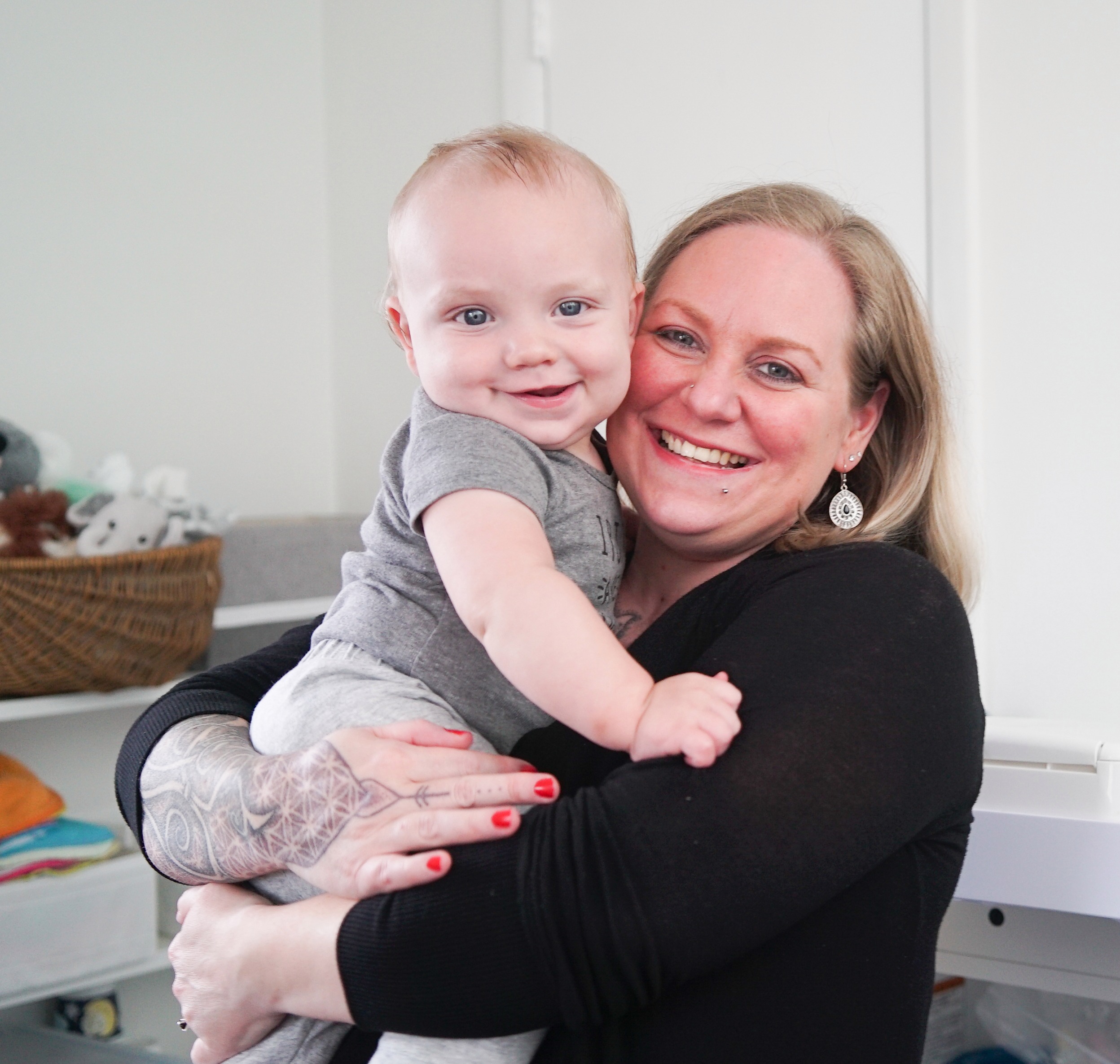 Alan, 33, was convicted in 2005 following the robbery, kidnapping and first-degree murders of Reggie and Carol Sumner.

The retired Jacksonville couple were buried alive by Alan and his accomplices Tiffany Ann Cole, Michael James Jackson and Bruce Kent Nixon who had gained access to their home by asking to use the phone.

But despite the violent crime, Sigrid has found love with the inmate having struck up a romance after exchanging letters.

After falling in love with the double murderer, Sigrid up sticks and moved to Florida where Alan proposed, and the pair have since married in prison. 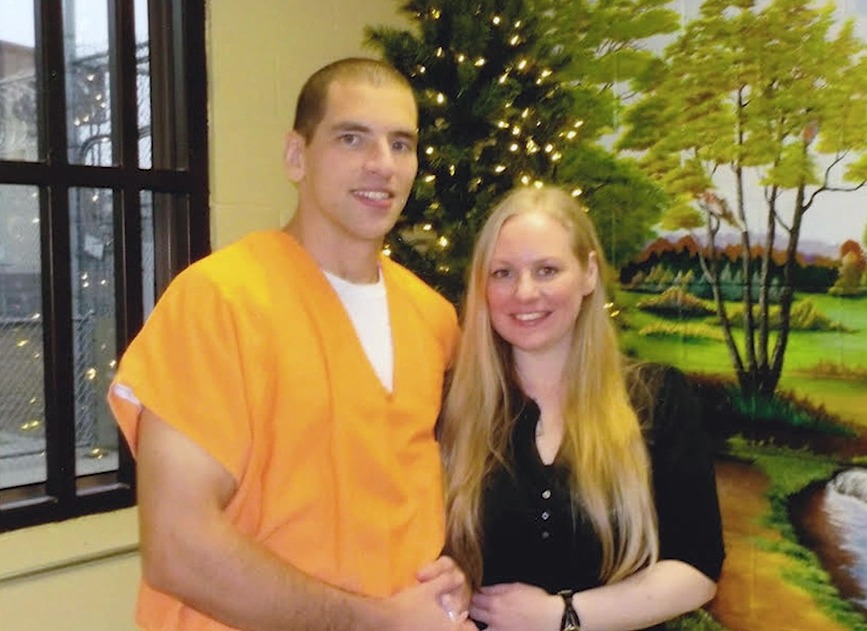 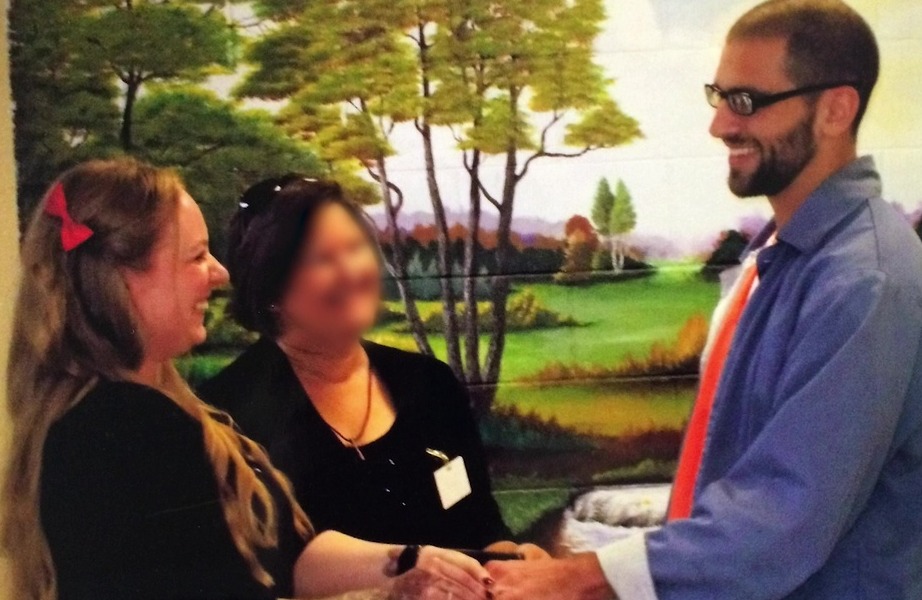 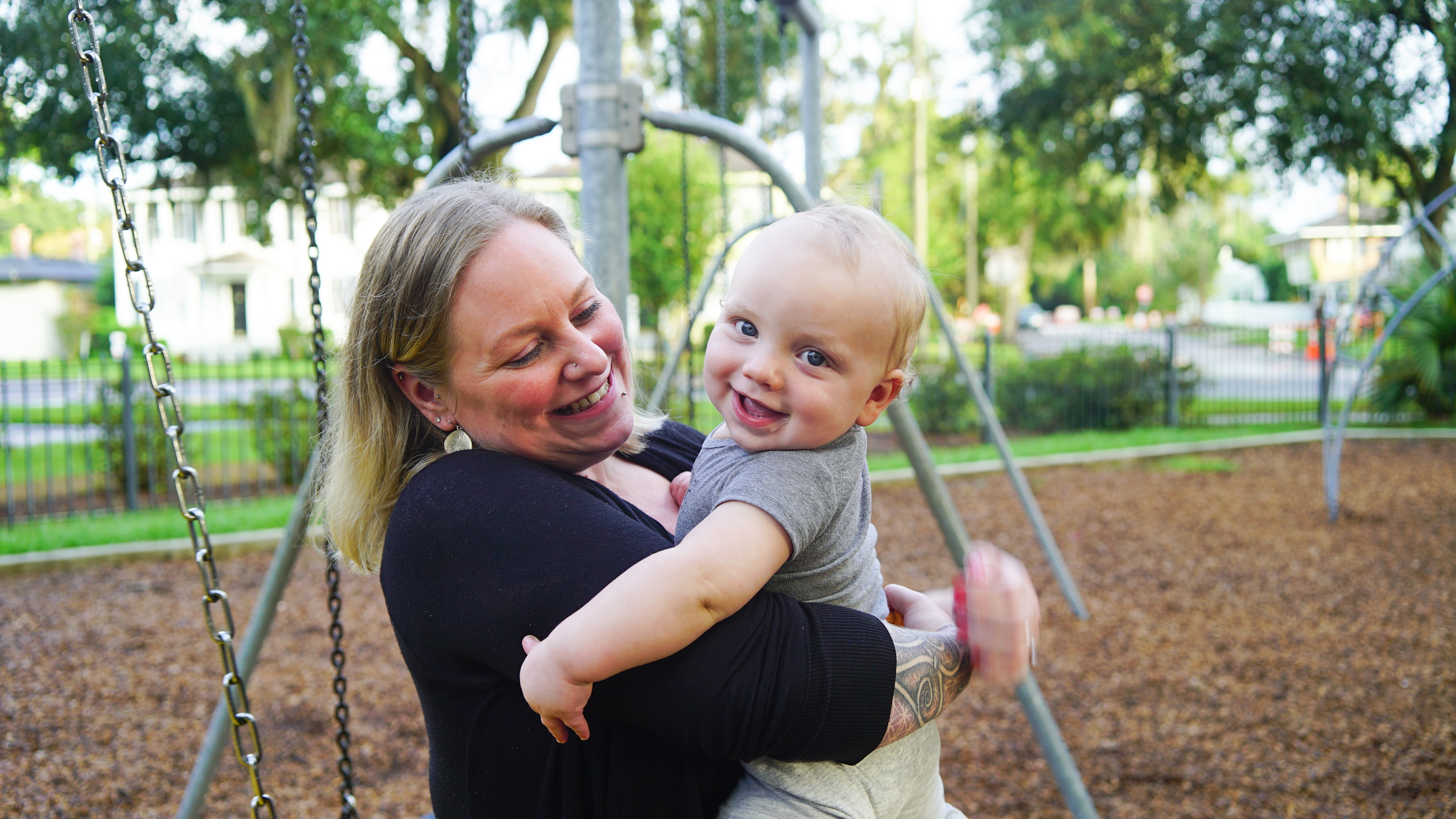 Something that Sigrid’s family is less than impressed with.

“When people learn about my relationship, most of the comments I have is that I don’t care about the victims” she explains.

“My family was not happy, they were really scared for me. They thought he was the worst person ever.”

Extraordinarily, Sigrid and Alan have also welcomed a baby boy together despite him being behind bars.

The couple don’t wish to reveal how they conceived their son. 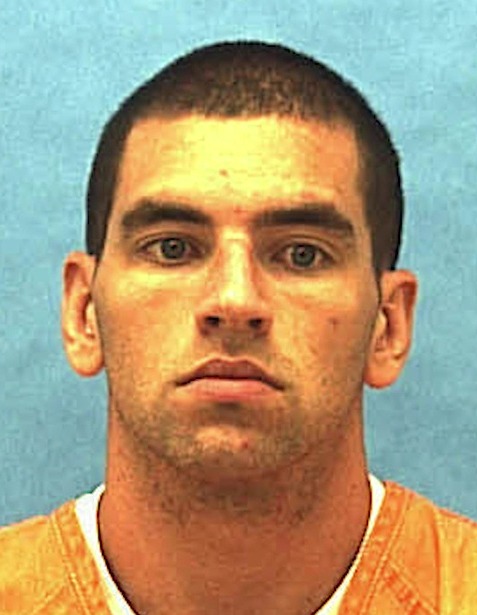 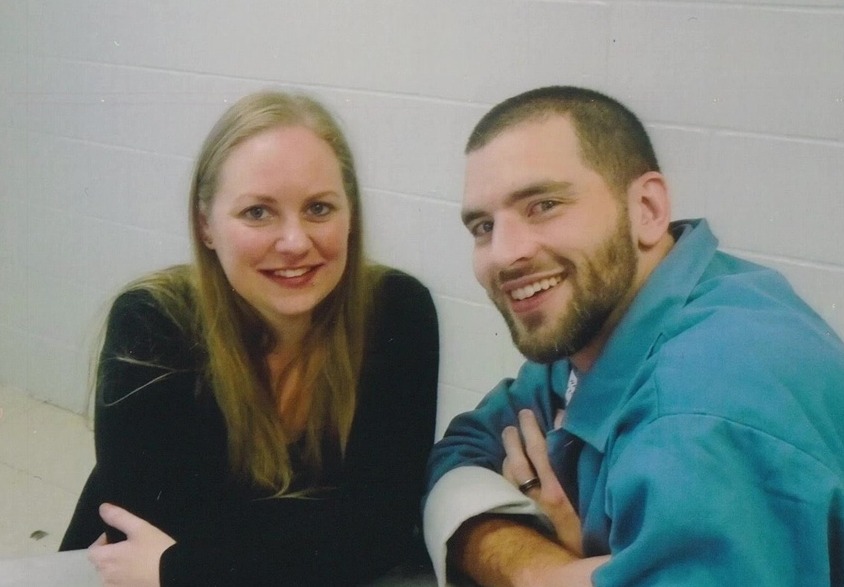 Sigrid explains: “I think it’s important that we can sit and explain to my son how he was conceived before someone else does it for us.

Sigrid first began writing to prisoners on death row when she was living in France, and soon she began receiving replies from Alan.

“I started writing to death row inmates because I was against the death penalty,” she says.

“I believe in second chances and rehabilitation.

People are more than the worst action of their life

“When I started to realise I was having feelings for him and him for me, we both got scared.

“We took a step back and we tried to stop writing to each other and we were both miserable.

“And after six weeks he wrote back – his first words were I love you.”

Following a year of letter writing, Alan proposed, and while Sigrid was delighted she found that her family and friends were less than supportive.

“It was when they (family and friends) found out his name and looked him up that they all disappeared” she says. 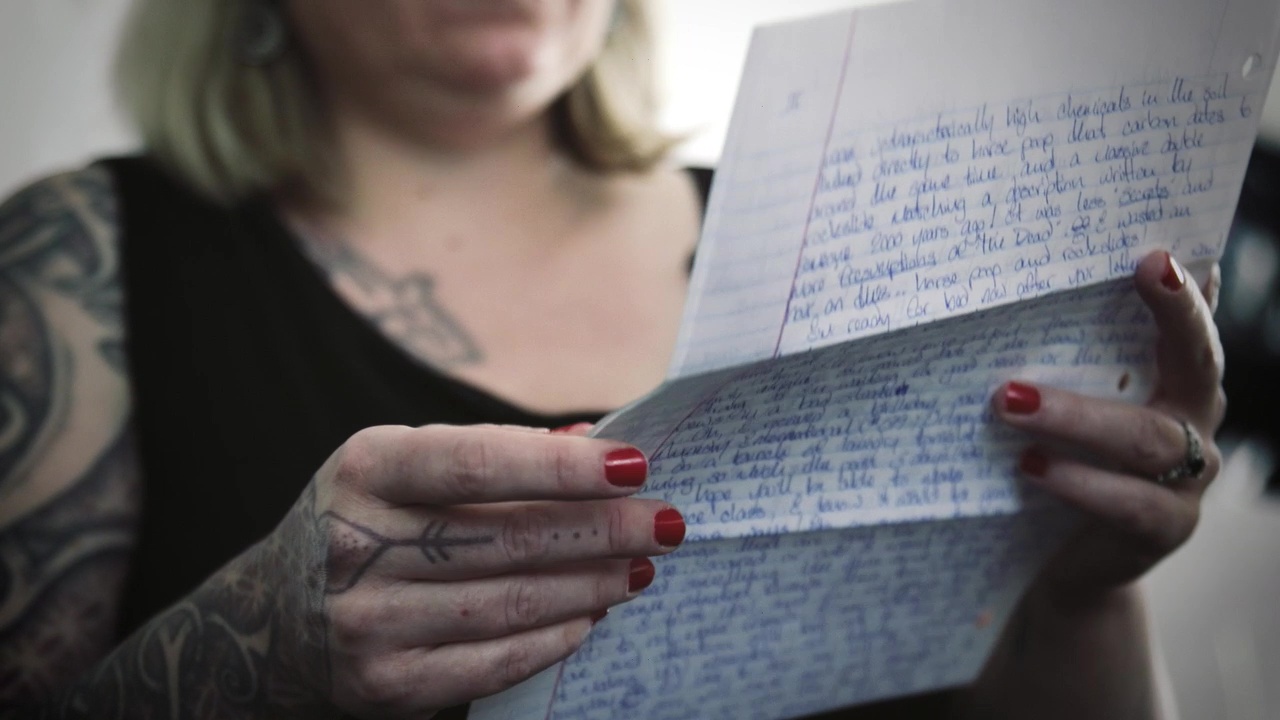 “They were really scared for me. They were wondering who he was and if he was being honest with me.”

Following the wedding, Sigrid sent out 80 announcement cards, but only received a handful of congratulations and even had friends delete her on Facebook.

“I understand that it’s really hard to understand” she says, “I would just like a few people to really understand me.

“He makes me happy and I don’t get why it bothers people so much.

“People who are supposed to love me are bothered because someone is loving me right and making me happy.” 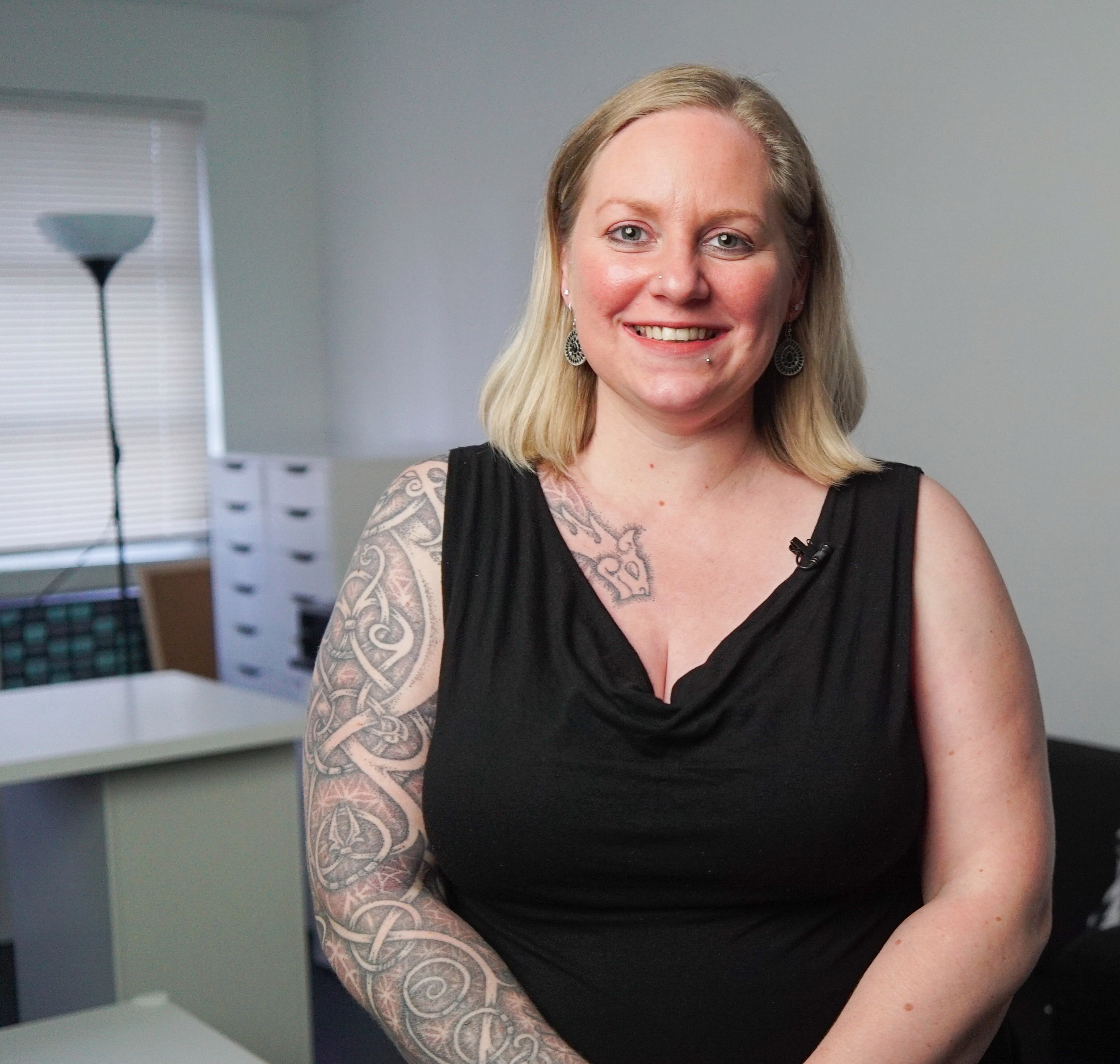 While Sigrid is extremely happy in her relationship, she admits that being married to an inmate is extremely difficult as they can only speak on the phone once a month.

“When I go to visit, it’s always bittersweet,” she adds, “I’m really happy I (get to)spend six great hours (there) and we can touch, which is really important.

“But I’m sad I have to leave him there.”

Sigrid is also aware that her son is now growing up without his dad and vice versa.

She says: “Everybody who has a baby knows how much they grow in such a short amount of time.

“I try to send short videos, but it’s not the same.

“I will tell him that his dad is not who people are going to tell him he is. He is an amazing person who is really caring and sweet and that he loves him very very much.”

With the help of a friend, Sigrid has now set up a penpal site so that other people can write to people on death row.

She says: “We really truly believe that people are more than the worst action of their life.

“Being with Alan has changed everything in my life because I’ve really embraced who I am completely.

“I’m loved unconditionally by someone who I love the same way. This is something that I would have never wanted with anyone else.”

In other real life news, this woman had "mind blowing" sex with her toyboy on the kitchen counter, then he dumped her for being older.

And this mum-of-nine reveals her homeschooled kids have never tried coke.

Plus this benefits mum-of-eight revealed that she is 'extremely ill' in hospital with covid while her kids have to care for themselves.