Joe Jonas has reached a new level of social distancing.

On Thursday, the Jonas Brothers singer got a makeover from his wife Sophie Turner, marking a hilarious turning point. Thankfully, the Game of Thrones alum documented it all on Instagram.

Taking to her Stories, the mom-to-be shared several snaps of her masterpiece, which included purple eyeshadow and a shimmering highlight. “He finally let me do his makeup,” she wrote on one pic, where the “Sucker” singer can be seen rocking his bold eye look while wearing his gaming headset. Getting a closer look at her work, Sophie snapped a picture of his profile and wrote, “That highlight.”

In addition to treating her husband to a makeover, Sophie also passed the time by building an impressive LEGO replica of the Batmobile. Proud of his significant other, Joe gave fans a look at her creation on his Instagram Stories, writing, “@sophiet crushed this one.”

In recent weeks, the X-Men: Dark Phoenix star has been giving fans a taste of the “many benefits” of social distancing with Joe. But when he’s not cooking her yummy dinners or keeping her entertained with Instagram Q&As, she admitted that there’s one thing he does that’s starting to annoy her: Wearing jeans.

“I mean, this is something that’s only kind of come to my attention since this quarantine thing, but I saw…it was like a meme online or some comment or something and someone said, like, ‘If you’re wearing denim pants at home, like, what does that say about you as a person?'” Sophie shared during her virtual visit to Conan. “Like, are you a psychopath? And Joe does that. Joe wears denim trousers at home—where no one can see him. I’m not wearing denim trousers. This is the most dressed up I’ve been in days.” 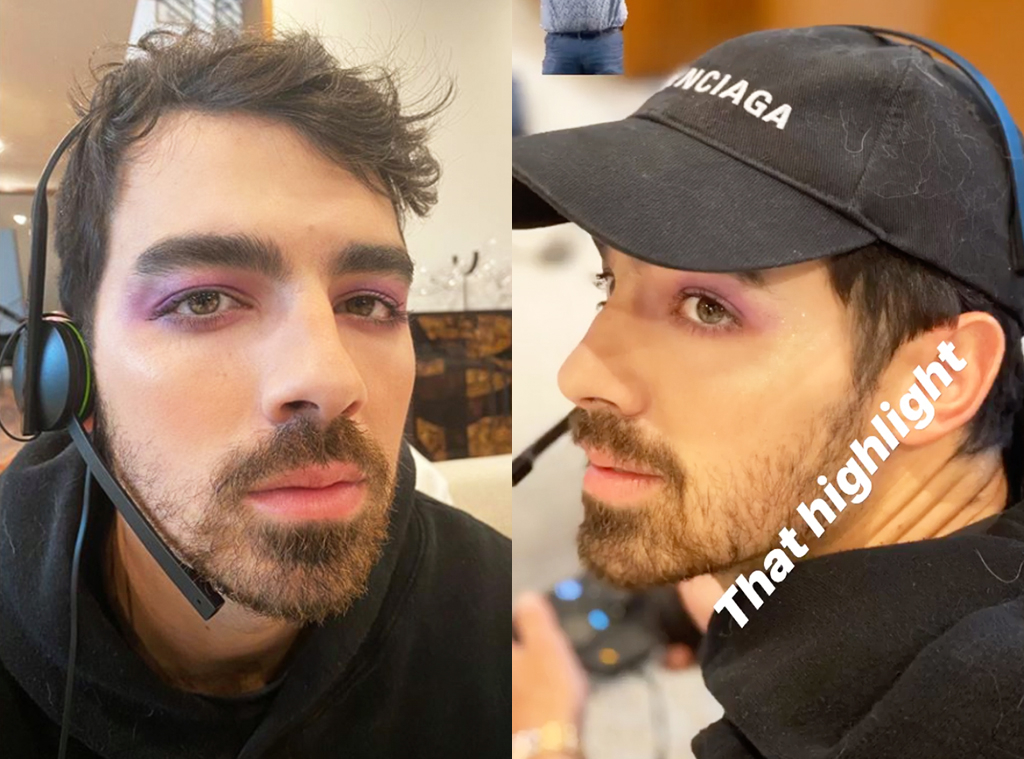 But all kidding aside, the couple has been enjoying getting to spend extra time with each other. Speaking to Andy Cohen on Instagram Live, Joe said social distancing has proved to be a “really special time” for him and Sophie.

“I think for us, it is nice to have each other during this time, but I think it can be [different] for a lot of different people,” he explained. “We got married last year, so naturally just wanting to be together, it’s a really special time.”