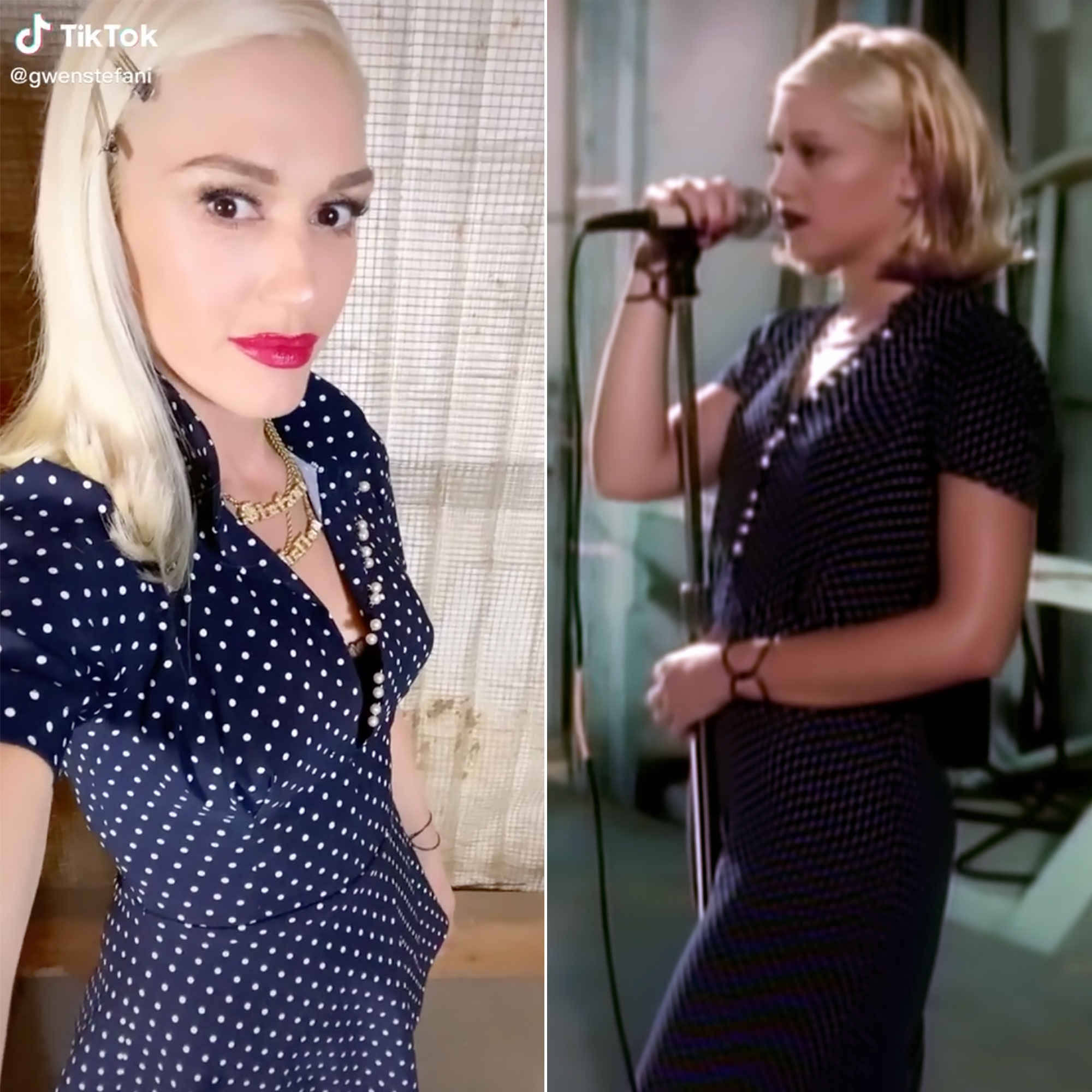 Hollaback girl! Gwen Stefani sent TikTok into tizzy on the 25th anniversary of “Don’t Speak,” her iconic single from No Doubt, which was released in 1995.

Gwen Stefani’s Wildest Fashion and Beauty Moments of All Time

As for what caused all the ruckus? Well, she broke out a reimagined version of the original polka dress she famously wore in the music video.

“Here I am! Don’t speak. Look at that,” the 51-year-old artist said to the camera, showing off her vintage outfit.

At first the dress looks exactly the same — down to the pearls on the neckline. But, upon further inspection (obviously Stylish did some digging), it appears Stefani made some modern day adjustments to her look.

She gave the navy polka dot dress a bit of a remake. The sleeves were switched up to be a bit puffy around the shoulders, the was was cinched for a fit and flare cut and, most notably, the hem was cut to her mid thigh.

Stefani also added some fishnet tight and — wait for it — cowboy boots! The white leather stiletto shoes were a sentimental nod to her fiancé, Blake Shelton.

“[They’re] a little of Blake,” she says in the video, showing off her booties. The two announced their engagement via Instagram in October 2020.

The “Let Me Introduce Myself” vocalist sent fans spiraling with the blast from the past. The consensus? The star doesn’t age — she looks exactly the same!

“Hey can you take me to the fountain of youth? The one that you and Keanu Reeves drank from,” one person writes. (Side note: If you ask Us, Paul Rudd is drinking from the same fountain.)

Obviously there were also die-hard fans that couldn’t believe more than two decades have passed since the song’s initial release. “And 25 years later it is still one of my top favorite songs,” a TikTok user exclaims.

Stefani isn’t the only star as of late to breaking out clothing from music video’s past. On Wednesday, April 14, Shania Twain pulled a similar stunt, rewearing the same black minidress and top hat from her “Man! I Feel Like a Woman!” music video.

She took similar creativity liberties reworking her look, adding a different white shirt, a pair of fishnet tights and a bedazzled choker to her ensemble, which she first wore in 1997.