WHEN Halle Berry recreated her iconic Bond girl scene this week, no one would have thought it was 18 years since she starred in Die Another Day.

The actor pulled on an orange bikini ahead of her 54th birthday on Friday and looked just as phenomenal as she did in 2002. 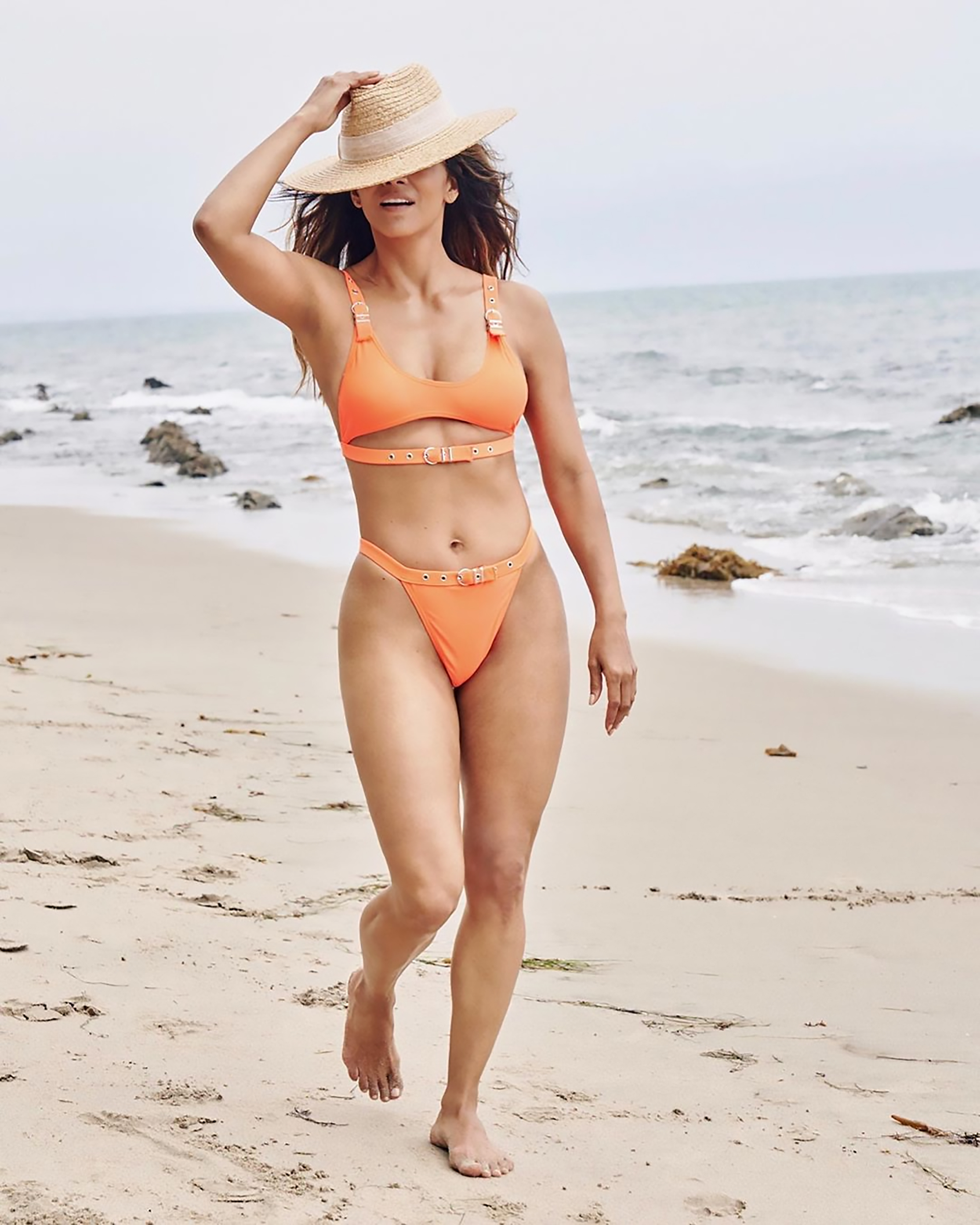 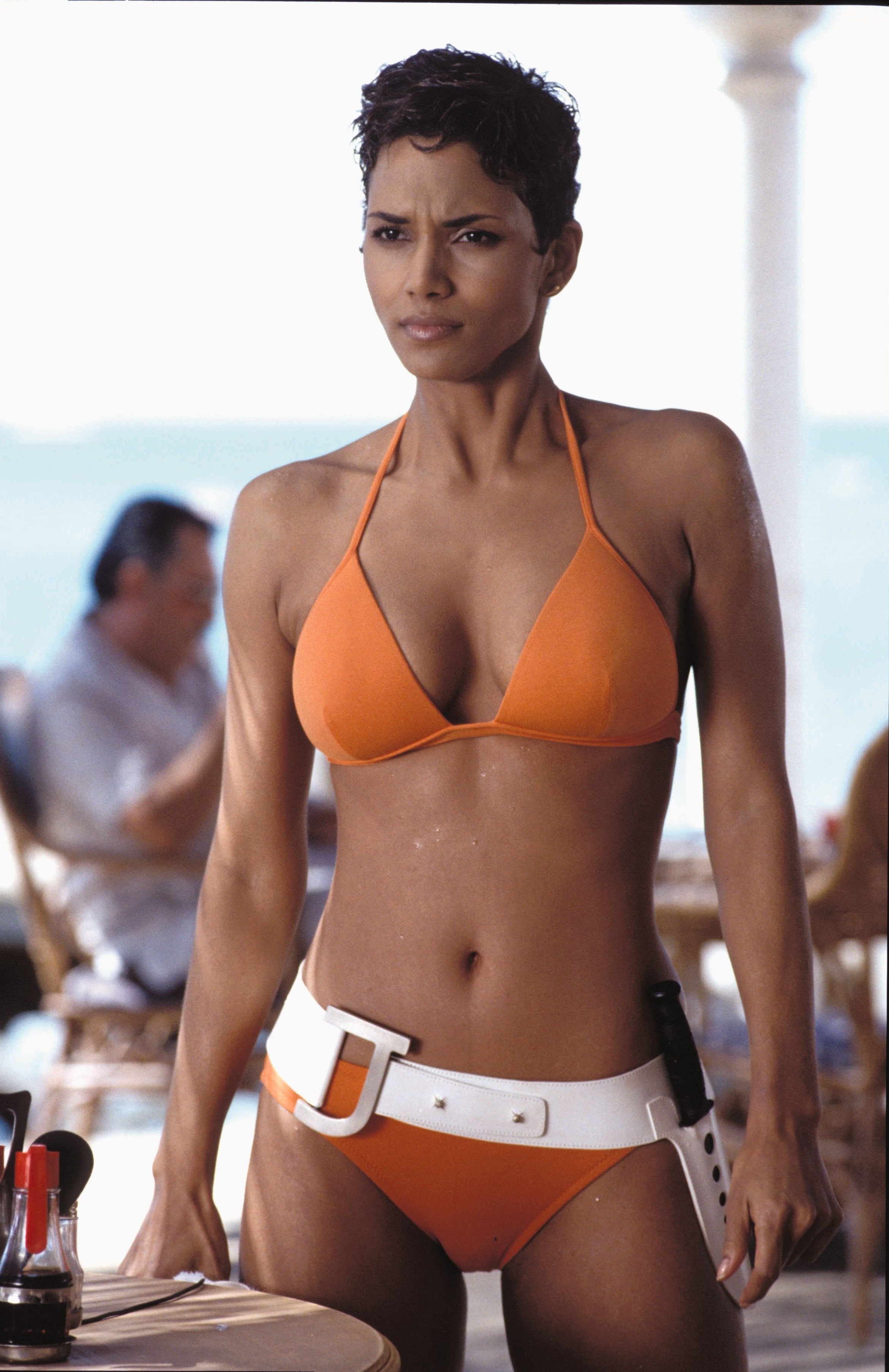 While Halle certainly won the genetic lottery, she has revealed her washboard stomach is down to years of strict diet and exercise.

She said in one interview: “There is no shortcut, just hard work and dedication. It is about what you eat and consistency.”

The mum of two is fitter than ever following months of preparation for new mixed martial arts movie Bruised, in which she plays a former fighter battling to win back custody of her child and revive her career.

It is due to premiere next month and the pressure is on for Halle, as it is also her directorial debut. 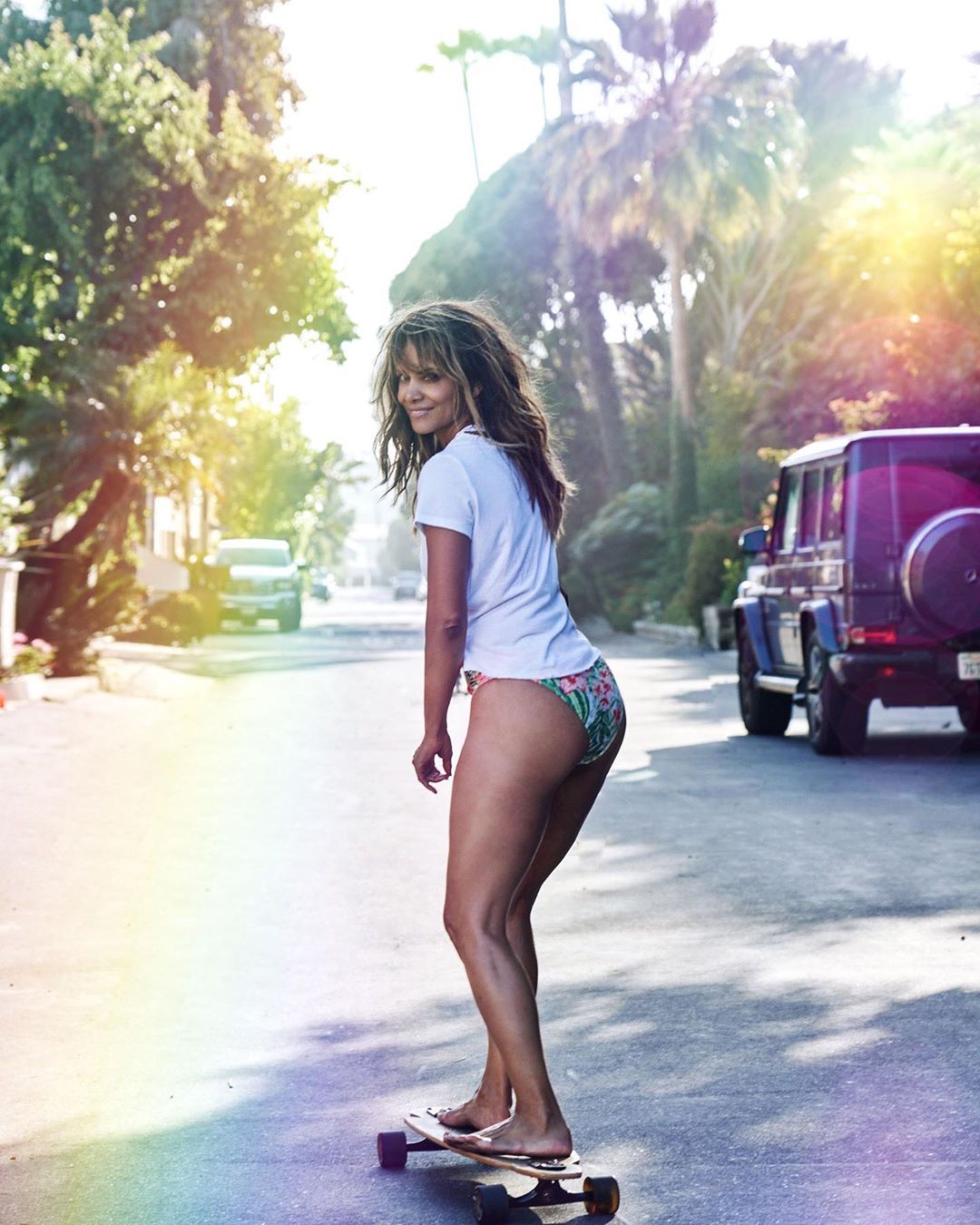 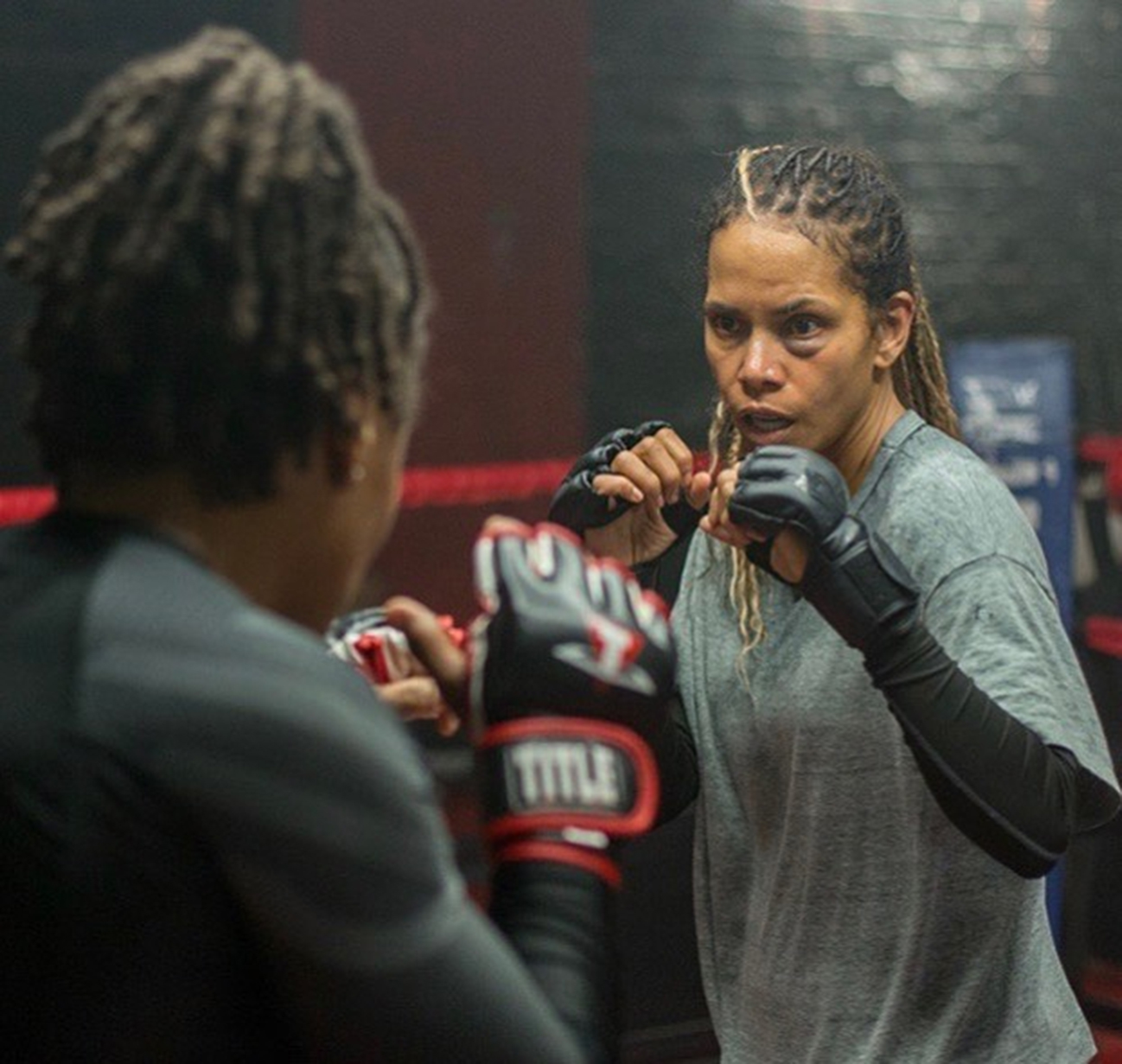 In the run-up to the film she had to work out for four hours a day and follow a strict low-carb, no-sugar diet.

She said: “One of my goals for Bruised was ripped abs. I finally got them and it feels unbelievable.”

Halle, who won an Oscar for her role as a widow in 2001 film Monster’s Ball, did all of her own stunts and endured serious injuries from fight scenes with a real MMA champ.

Soon my entire body feels like it is on fire.

Halle said: “She had to throw some real kicks and I had to really take them, and that broke some bones.”

The actress often shares videos with her 6.3million Instagram followers of her fitness routines on the beach near her home in Malibu, California. 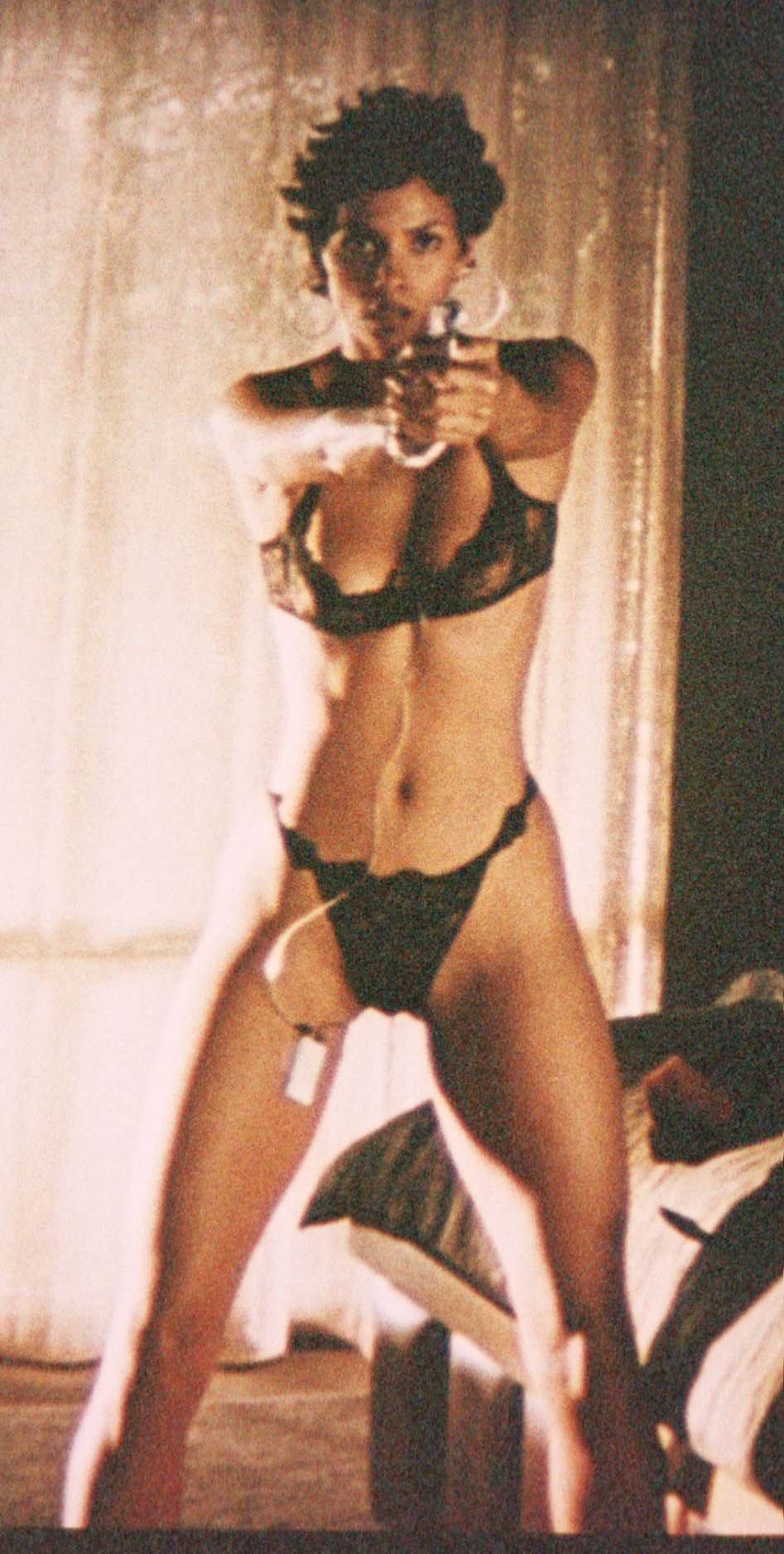 “One abs move I incorporate into my workouts pretty often is planks.

They’ve made a huge difference for my core strength and definition.

“Sometimes I’ll just hold a plank for as long as I can. My abs start to ache first, but pretty soon my entire body feels like it’s on fire.”

Earlier this year Halle and Peter founded Re-Spin, a digital health and wellness brand, and launched a range of exercise equipment including an abs wheel, waist trainers and a compression vest that she wears to get “extra sweaty”. 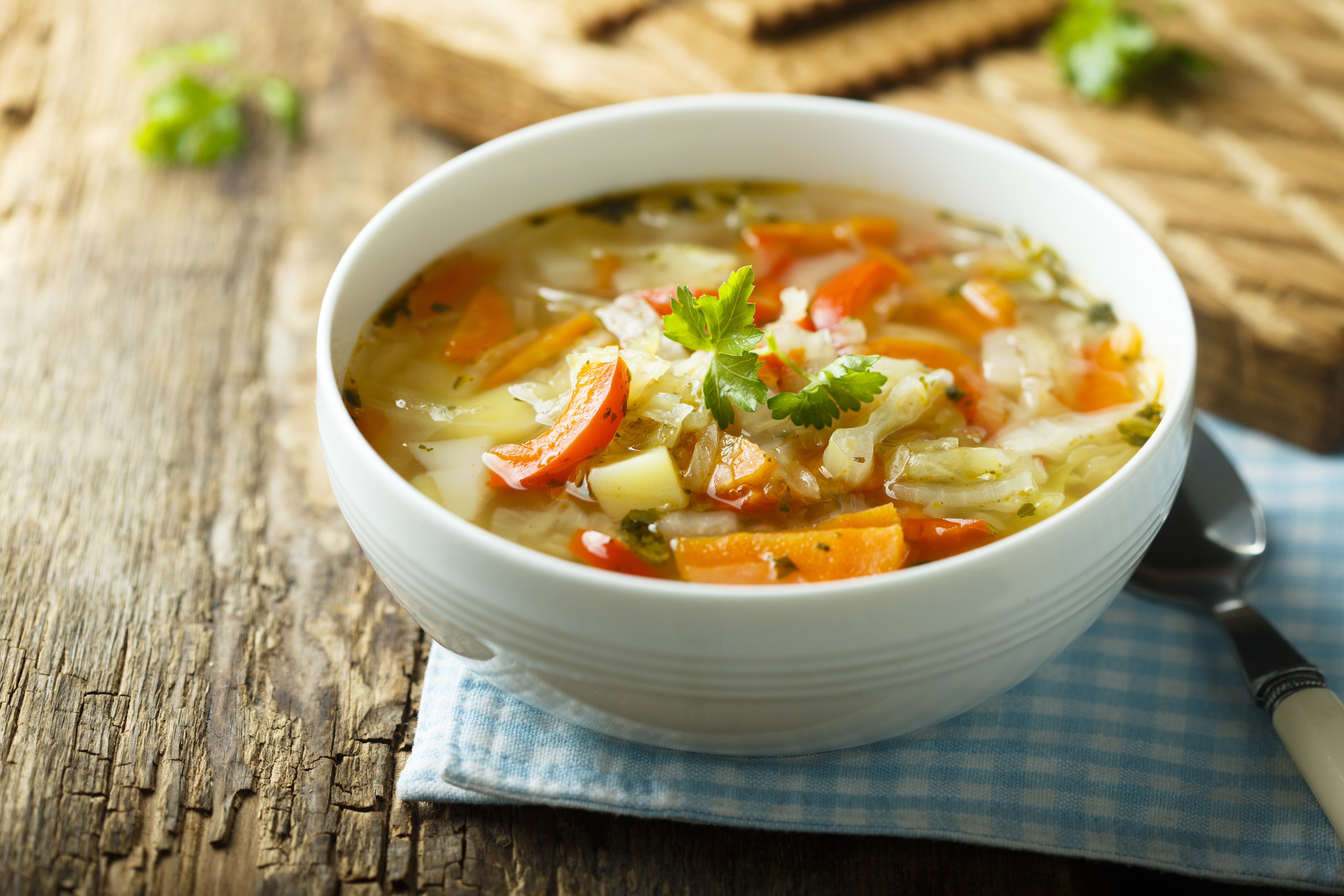 BREAKFAST: Halle usually fasts until 3pm but if she has breakfast, it will be a “bulletproof coffee” – fresh coffee mixed with butter and collagen. It gives a steady stream of caffeine and energy.

Mid-morning: If Halle exercises in the morning, she will sometimes have an electrolyte drink or a plant protein bar.

But often it is a big salad of tomatoes, olives, green and red peppers, avocado and olive oil vinaigrette dressing, with either meat or fish.

Snacks: She loves low-sugar fruits such as blackberries and raspberries, seeds and homemade kale chips.

Dinner: Vegetables with a plant-based protein such as chickpeas, cauliflower mash or a similar dish to lunch.

While Halle extols the benefits of exercise, she reckons food is the “biggest impact on our health of any aspect of our lifestyle”.

Ill-health in her early twenties prompted Halle to overhaul her diet. She had been living on sugar until she became ill in 1989 and slipped into a week-long coma, caused by undiagnosed Type 2 diabetes.

She revealed in 2007 that she had managed to wean herself off insulin by cutting out certain foods.

She is now an advocate of the keto diet, a high-fat, low-carb plan. Halle said: “When my trainer Peter formally introduced me to the ketogenic lifestyle, I realised all I had to do to feel even better was give my body more healthy fats such as avocado, coconut oil and butter, so it had more of that fuel to burn. 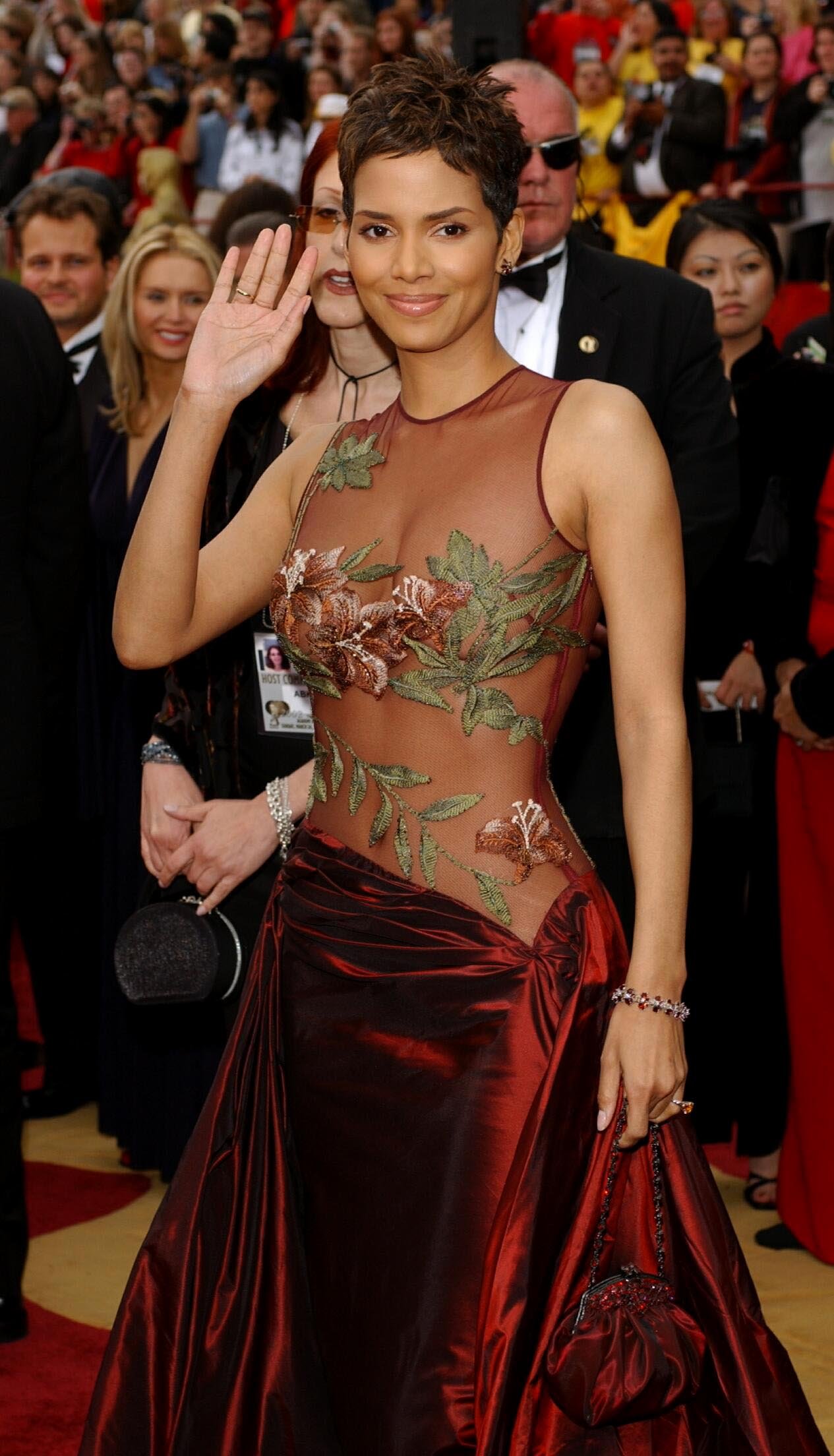 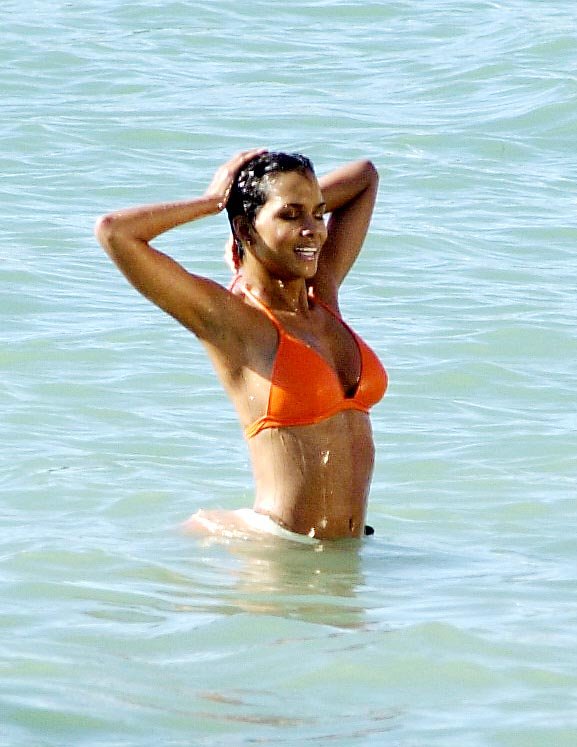 “The keto lifestyle offers so many benefits, such as weight loss, appetite control, more energy and better mental performance.”

Halle employs a chef, who avoids serving sugar and carbs such as bread and potatoes, and who often cooks with lamb.

She substitutes pasta with courgetti and takes energy supplements made from beetroots and caffeine.

She said: “Eating this way has helped me manage my diabetes, but it has also given me a ton of energy and helped me maintain my weight and stay in shape. 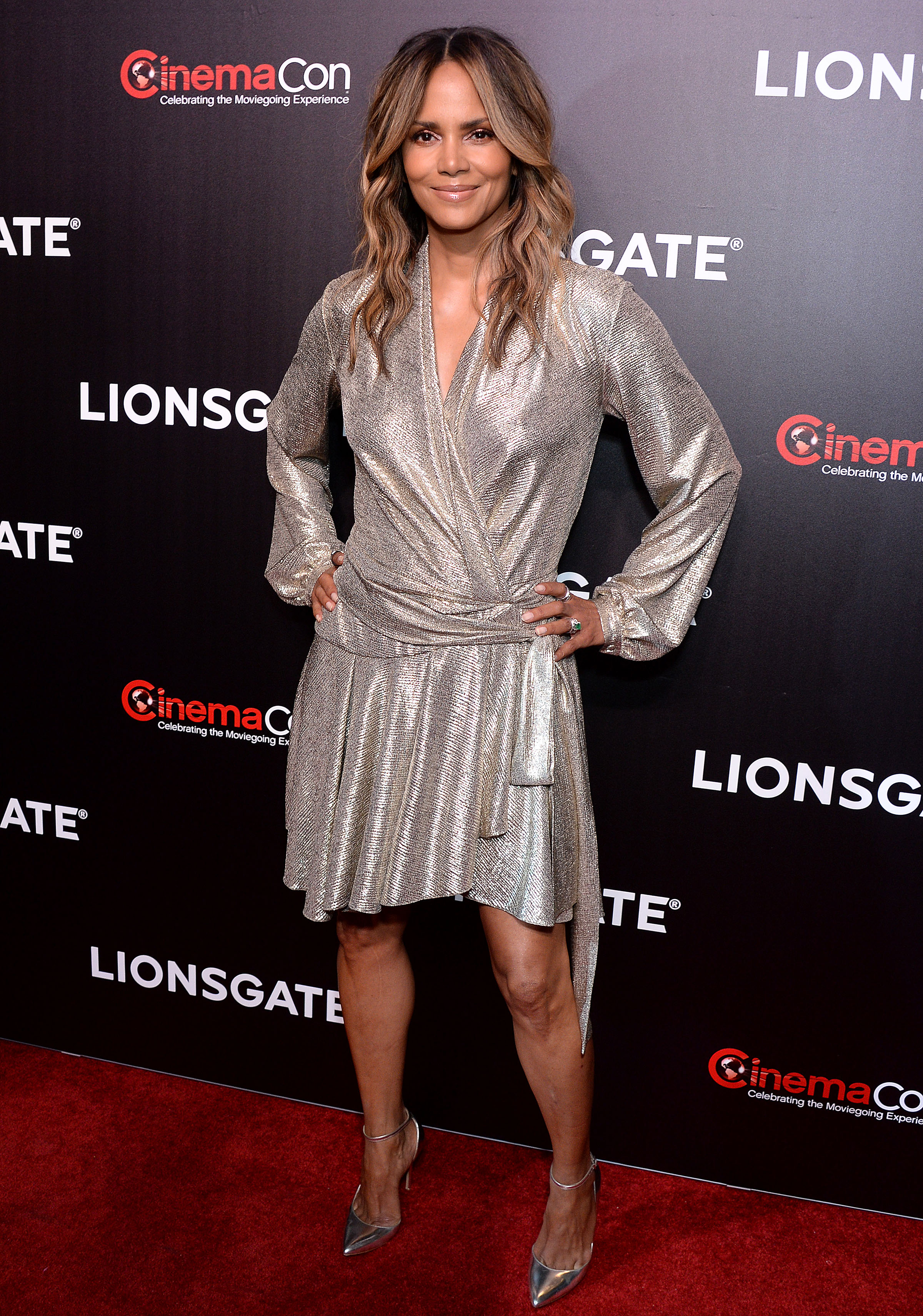 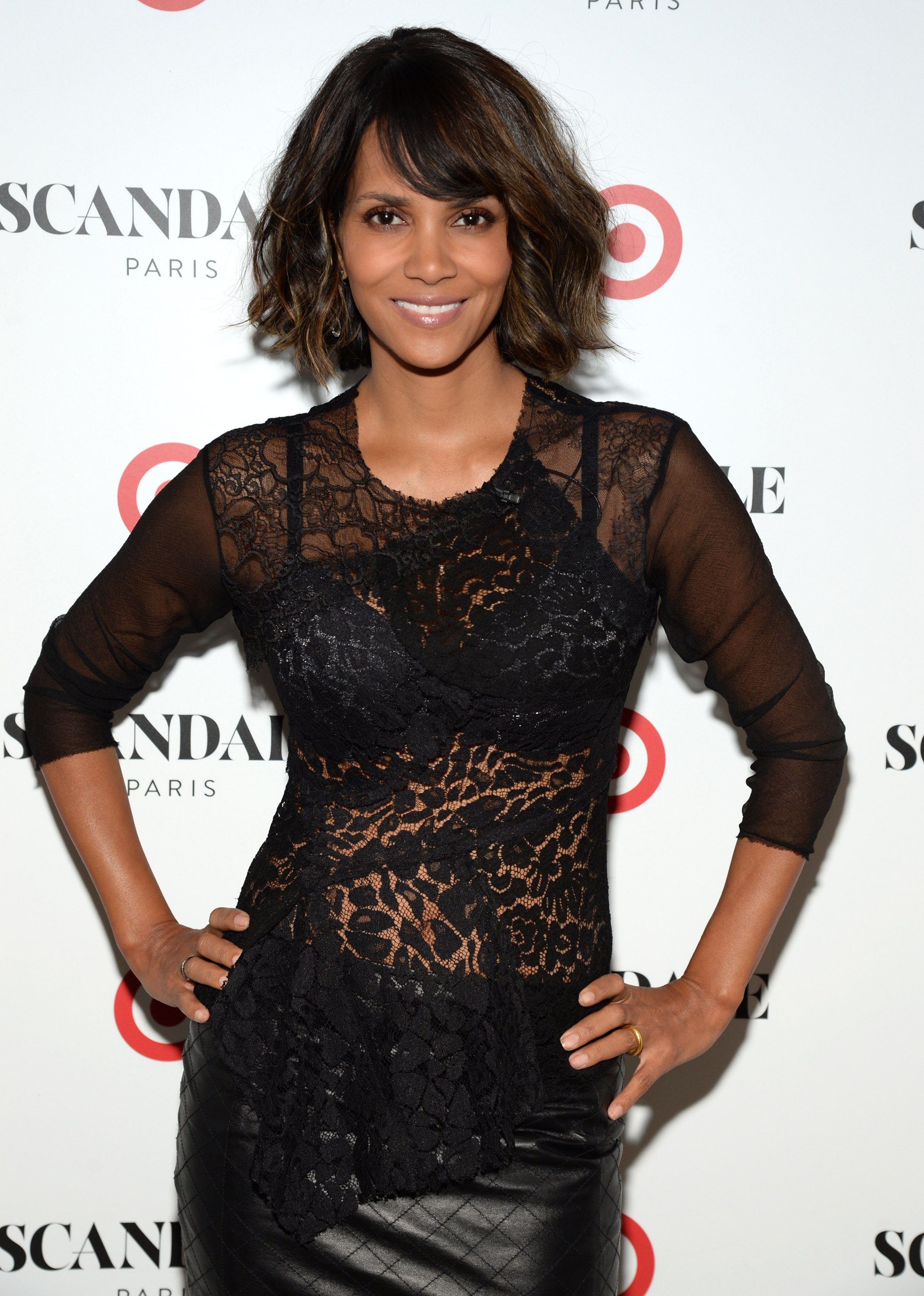 “I’ve seen the profound power of food first-hand and throughout my life I’ve made significant changes to my diet in order to support my health and wellbeing. There are certain foods I just won’t touch.”

She says her “secret weapon” is bone broth, which she sips throughout the day, and revealed it has “helped me defy my age and look and feel younger than my years”.

Bone broth is a protein-packed soup made from simmering animal bones for many hours. The collagen is said to aid digestion and promote healthier skin and hair. Halle adds salt, ground pepper and crushed garlic for flavour.

She said: “I know for some this may sound nasty as hell — but I promise you, it’s not bad and drinking it will slow down your inevitable race to the finish line.”

‘Who says breakfast is most important meal?’

After her diabetes diagnosis, Halle cut out all sugar, leading to weeks of mood swings and headaches. Now she only eats treats on her children’s birthdays to keep them happy.

She has told how the family take part in intermittent fasting — an idea some parents might find controversial. But Halle argues that each individual is different and must work out what is best for their own body.

She added: “Don’t believe something because you were taught that when you were knee-high to a bullfrog. For example, ‘Breakfast is the most important meal of the day’. Says who? 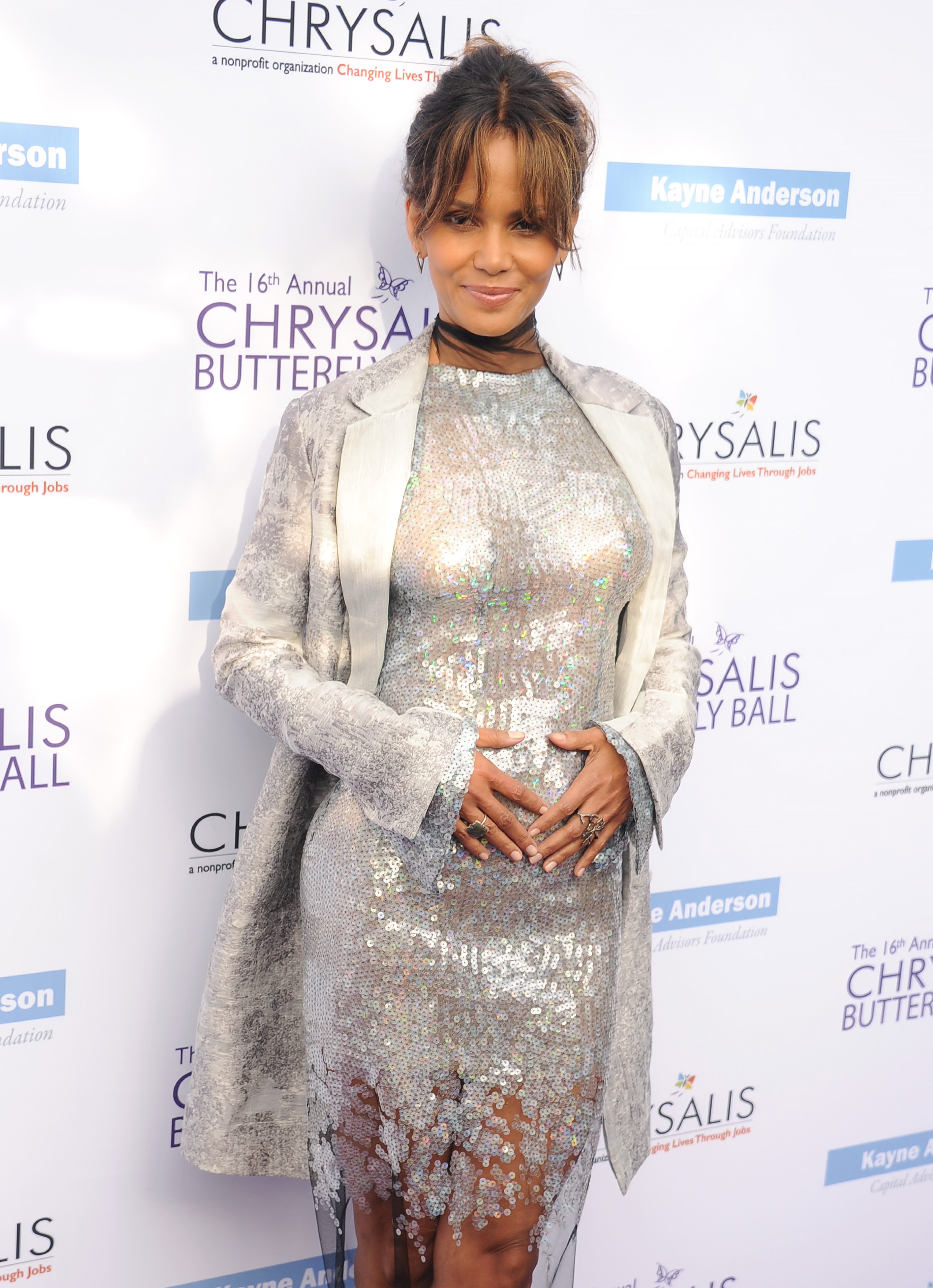 “But we are all taught that as a kid. Not everybody needs to breakfast at 7am. I don’t breakfast until three in the afternoon.

“My kids don’t eat breakfast now because their bodies don’t require it.”

After Halle divorced Olivier in 2016 she claimed she was done with love and last year said she was enjoying single life after three divorces.

During the Covid pandemic she said: “I’ve learned a lot being with my children. They are the best company for me right now.” 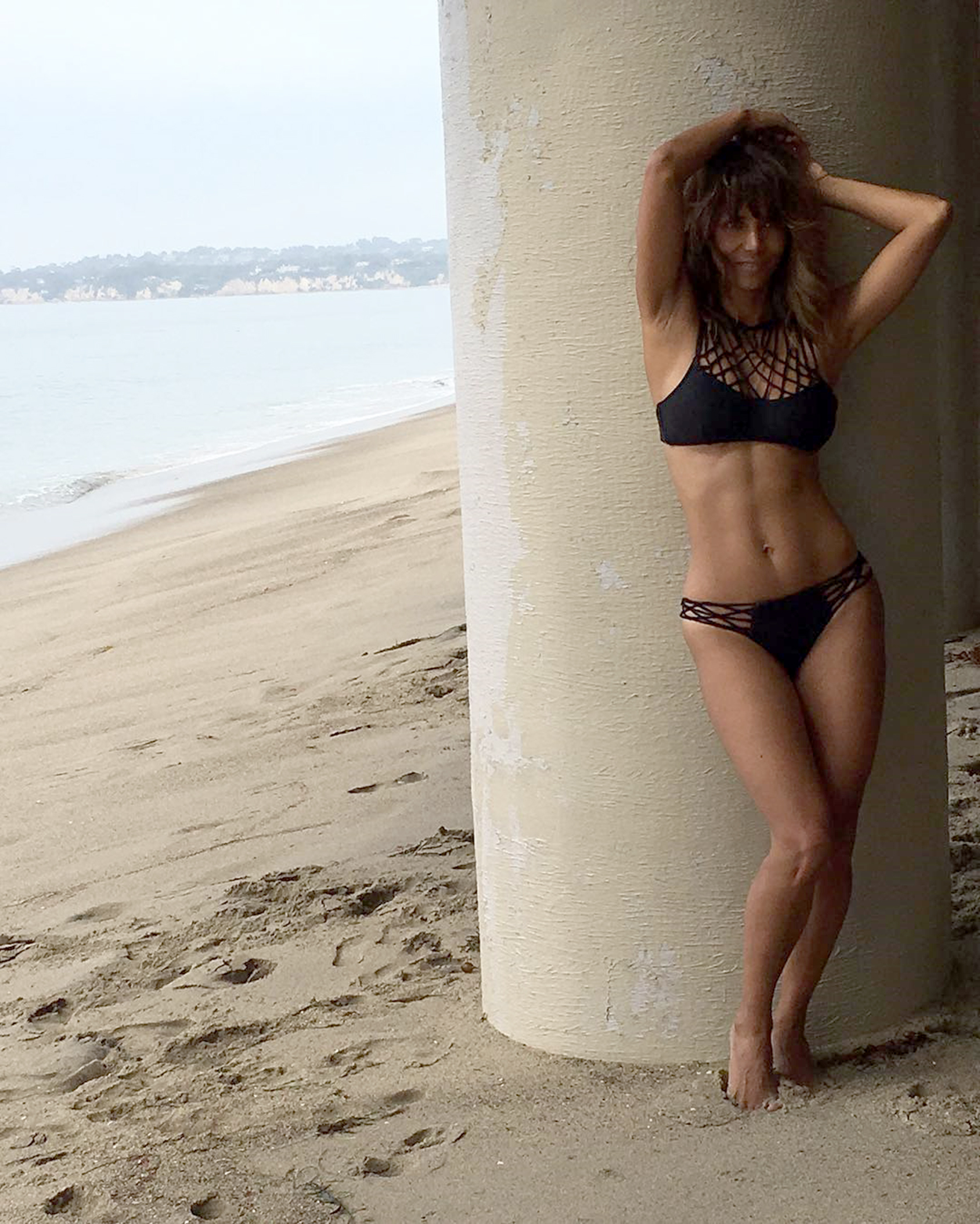 But then she also posted a photo on Instagram of her feet next to those of a man, with the title “sunday.funday”, leading fans to speculate it could be her new boyfriend.

As for the little treats in life, Halle has said: “I don’t really have a sweet tooth at all any more but I do really enjoy a glass of red wine after dinner.”

But her tipple must be natural, without any preservatives, and contain less sugar and alcohol than usual.

AS well as daily boxing, yoga and running, Halle has also listed the following as an example of a full-body workout:

She said: “While conventional wines often got me buzzed fast and left me with a headache, clean wines didn’t.

“Yet again, I wouldn’t go back to the old stuff for a second.”

Given how incredible she looks, we don’t blame her.

Related posts:
Truck driver, 25, collapses and dies after saving 10 kids from school bus after rear-ending it in shock collision
Scammers target diners at Ritz by posing as staff to steal details
Popular News
Stolen dogs 'waiting to be turned into grab-and-go meals' are rescued
27/10/2020
Man Utd wonderkid Ramon Calliste, called ‘the next Giggs’, now owns luxury watch business and makes £5m a year – The Sun
26/03/2020
Megan Thee Stallion Addresses Criticism Over Twerking: ‘I Love to Shake My A**’
26/03/2020
Police guard shops to stop coronavirus panic-buyers and enforce social distancing – The Sun
26/03/2020
Coronavirus: Good Morning Britain’s Dr Hilary reveals ‘game-changing’ self-testing kit
26/03/2020
Recent Posts
This website uses cookies to improve your user experience and to provide you with advertisements that are relevant to your interests. By continuing to browse the site you are agreeing to our use of cookies.Ok