AFTER going through a divorce which she blames on her husband's infidelity, one woman is on a mission to tell people what to look out for.

She notes a sudden change in his emotions and accusations you of cheating, are two red flags to look out for. 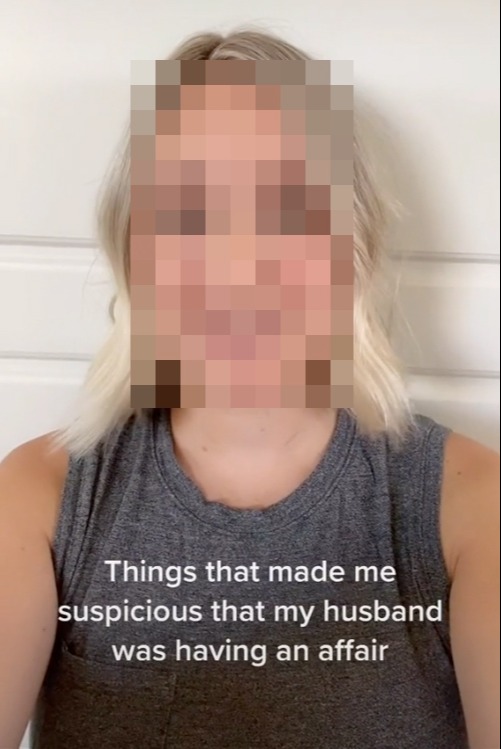 Taking to her TikTok account, she has posted a range of videos to warn others that suspect infidelity in their relationship.

In the first post, which has been viewed over 331k times she says: "In the beginning, my husband was really erratic with his emotions, and he was accusing me of cheating even though I was at home minding our son."

She also told that she was concerned with his drinking and when he got drunk at a friends wedding, mutual friends told her he was 'going through something.'

In part two of the warning signs series she says he brought up a female work colleague a lot and went on trips away where they would spend the night, just the two of them.

Over 40k viewers watched as she said they had a massive fight when he "wanted to go just him and her" adding that it was a huge red flag."

In Part three she said there was a situation where he was all over a female colleague at a work party.

"He was all over his mistress, little did I know," she said in the video that was viewed 37k times.

Adding: "He wasn't sitting down with us, he sat at the end of the table and didn't save a seat for me even though this was the first time I met the people in his department."

She said that all the people were wondering why he wasn't sitting by his wife and "forced him" sit with her before a tipsy woman he works with sat on his lap.

"They were flirting back and forth in a way that was very similar to the way my husband and I flirted when we started dating," she said.

In part 4 she said that in hindsight, her husband would not come home after they had a fight, but at the time she trusted he was staying at friends.

She concludes in the fifth post that she confronted him about the affair and told him to block the woman's number but he insisted he needed it 'for work purposes.'

"I would go to bed, pretend I was asleep for 15 minutes and then I would come downstairs and catch him chit-chatting with her, or read texts over his shoulder but he still denied that he was having an affair," she said.

The six red flags that mean they could be cheating

The woman has reveled how to know someone is being unfaithful

2. New gym buddy … the woman said that when her husband started to show signs of cheating, he was constantly in the gym with this woman.

3. MANY 'team building' trips away are a little out of the ordinary…especially, if like this woman it was just two people on the trip.

4. Change in behaviour ….The woman said her husband was acting more angry than normal, and accusing HER of cheating.

5. Secret phone calls …. The ex-wife said she would find her hubby "chit-chatting" and sending secret texts when he thought she was asleep.

6. Love notes … this one makes it obvious that something is up, but where they hide them may not be.

In more obvious signs, she said that her son discovered a love note between her then-hubby and his mistress, she also caught him at the woman-in-questions house after one of their fights.

"Another time was when my grandmother was dying and I was going to fly out to her and last minute cancelled because I was a covid nurse, and when I decided to stay home my husband threw a huge fit on why I should not be home" she added.

In her final video, which has been viewed over 39k times, has been met with a range of comments sympathising with the mum.

"He sounds like an absolute nightmare. I'm so sorry. Glad you are now healing" commented one person.

Another said: "You know once a cheater always a cheater. That relationship will not last." 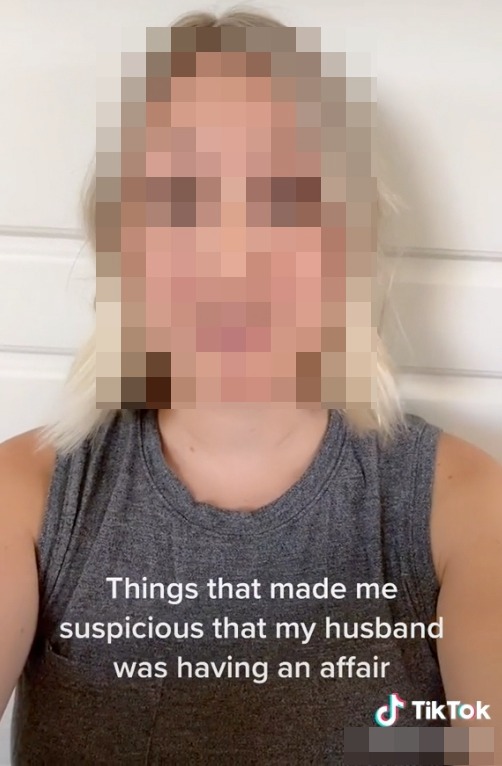 If you like mum’s being honest you will love this one about a woman who didn't get how tedious being a mom was before kids.