Home » Beauty and Fashion » Couple with 23-year age gap got engaged in a MONTH, have matching tattoos & he’s 3 years younger than her parents

Couple with 23-year age gap got engaged in a MONTH, have matching tattoos & he’s 3 years younger than her parents

IT was love at first swipe for a couple with a 23-year age gap who got engaged after dating for just one month.

In March 2019, luxury real estate agent, Sarai Serface, 27, from Colorado, had just moved to Denver when she decided to try out the Bumble dating app to meet someone. 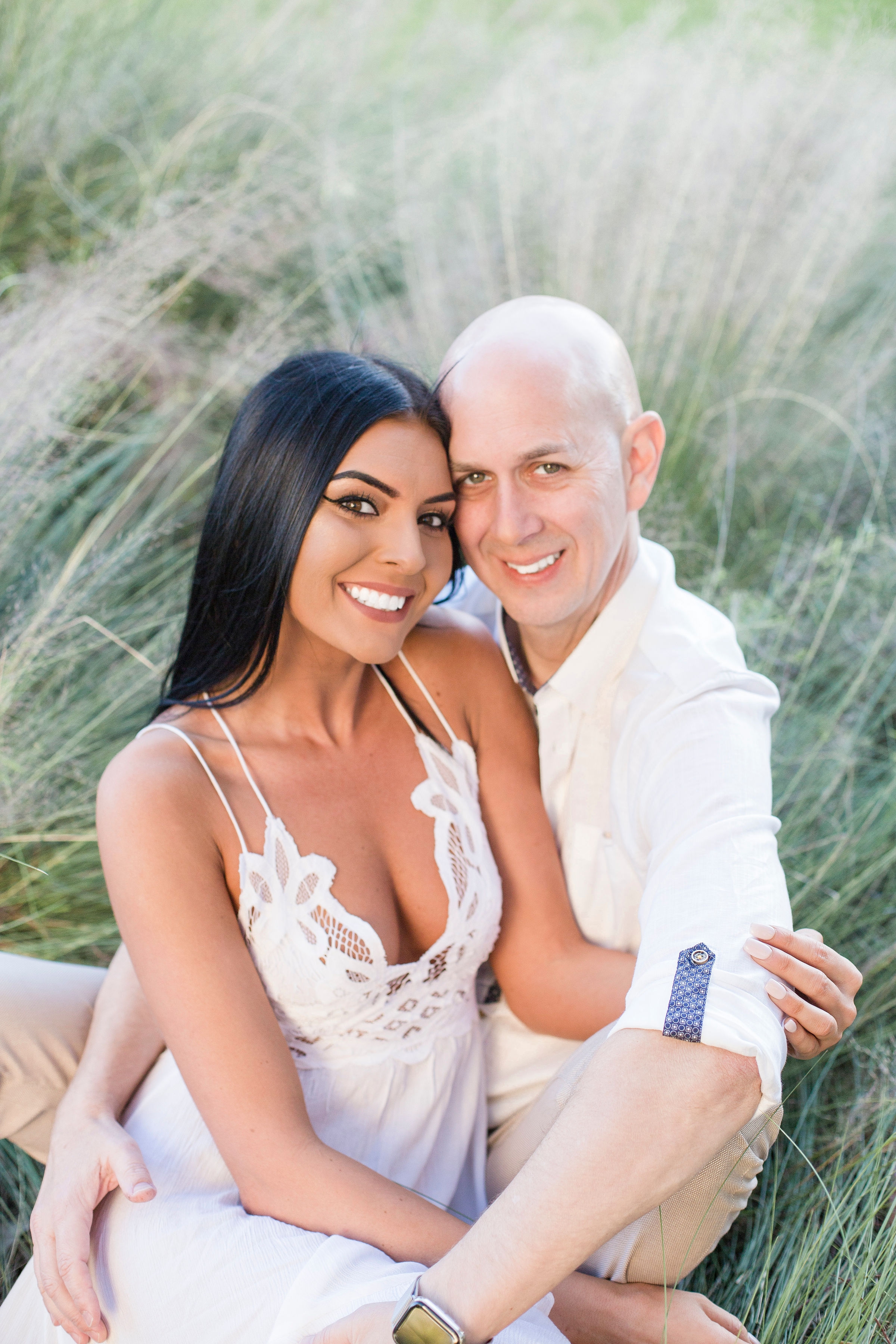 After struggling to find someone within her age range, she decided to expand her age preference and she soon matched with Joel, 50, who was living just 30 minutes away.

They both felt an instant connection as soon as they swiped right for each other, but after just a couple of days of messaging each other and talking on the phone, the sparks they felt turned into love.

The first date went from an instant connection to never wanting to have a single moment apart.

Sarai said: “What initially attracted me to him was his maturity, resilience, thirst for adventure, and empathy. 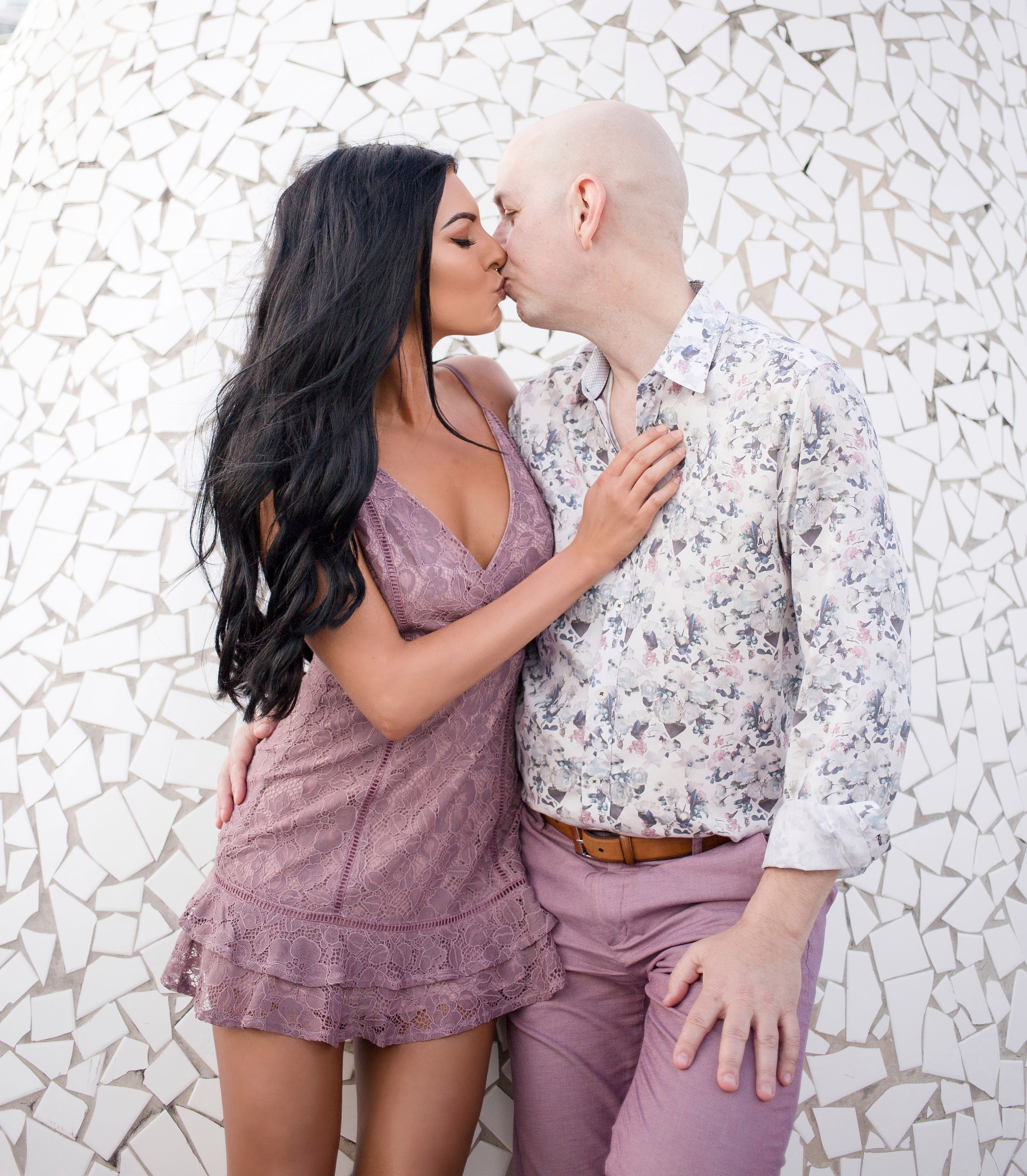 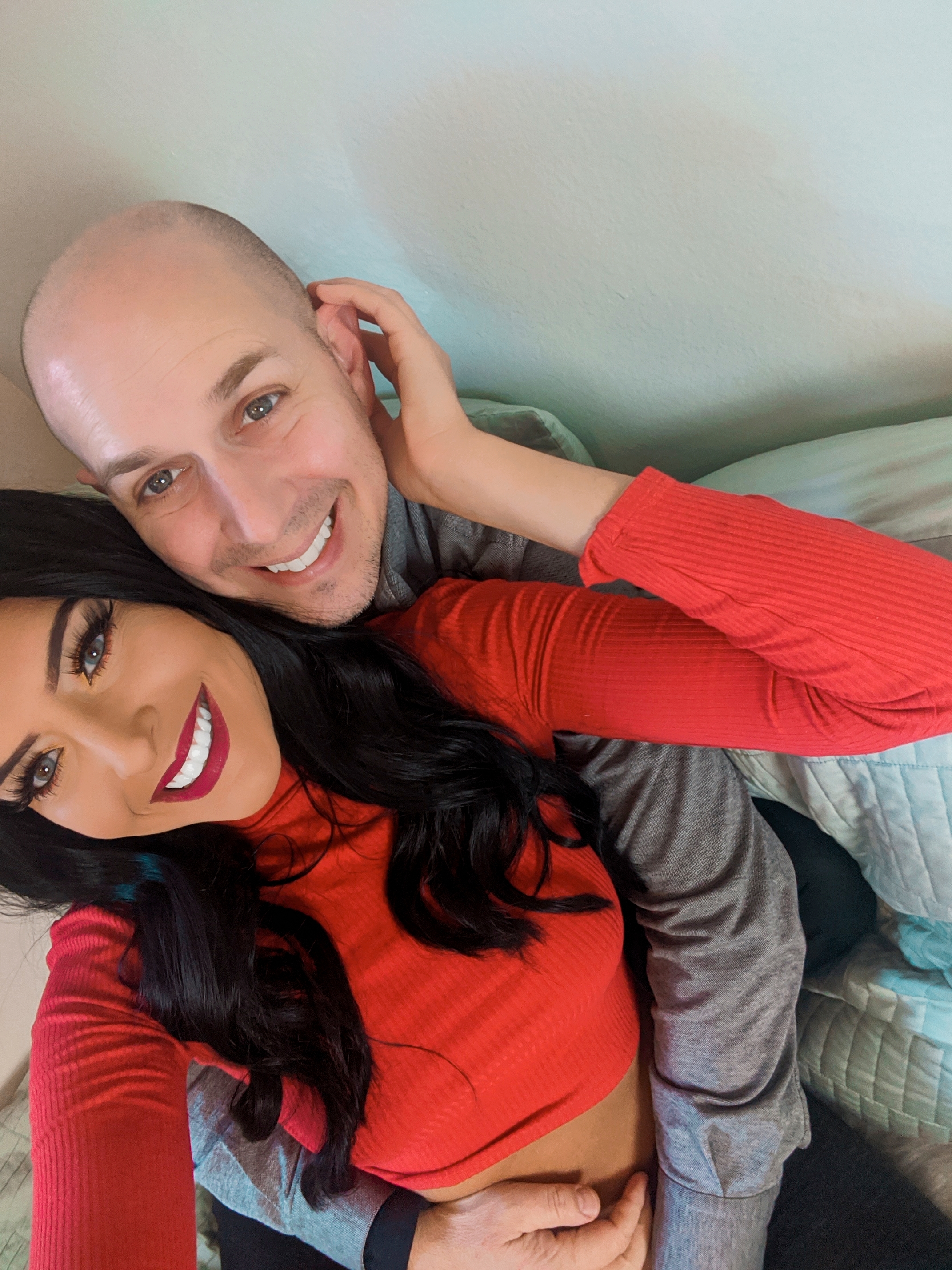 “Physically, I found myself extremely attracted to all of his characteristics and I couldn't take my eyes or hands off him all night.”

Within just a month in April 2019, they both knew they were committed to each other and decided to commemorate this with matching infinity tattoos.

Shortly thereafter, Joel asked Sarai to marry him at a restaurant where they were on a date.

On November 11, 2019, they decided to permanently mark their engagement by getting matching ‘222’ tattoos on their ring fingers.

Then just three months later they got married in Jamaica, on February 22, 2020. 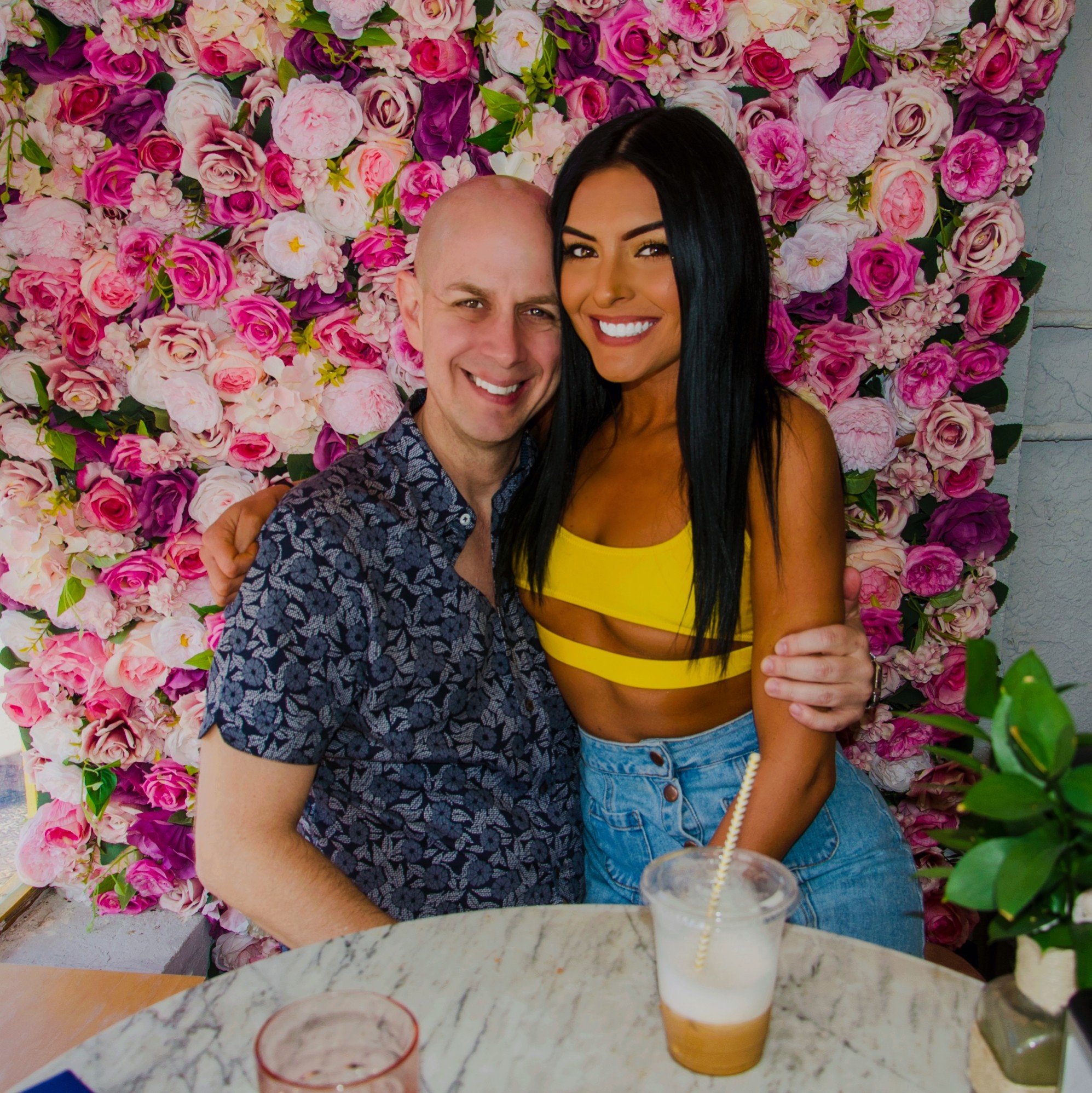 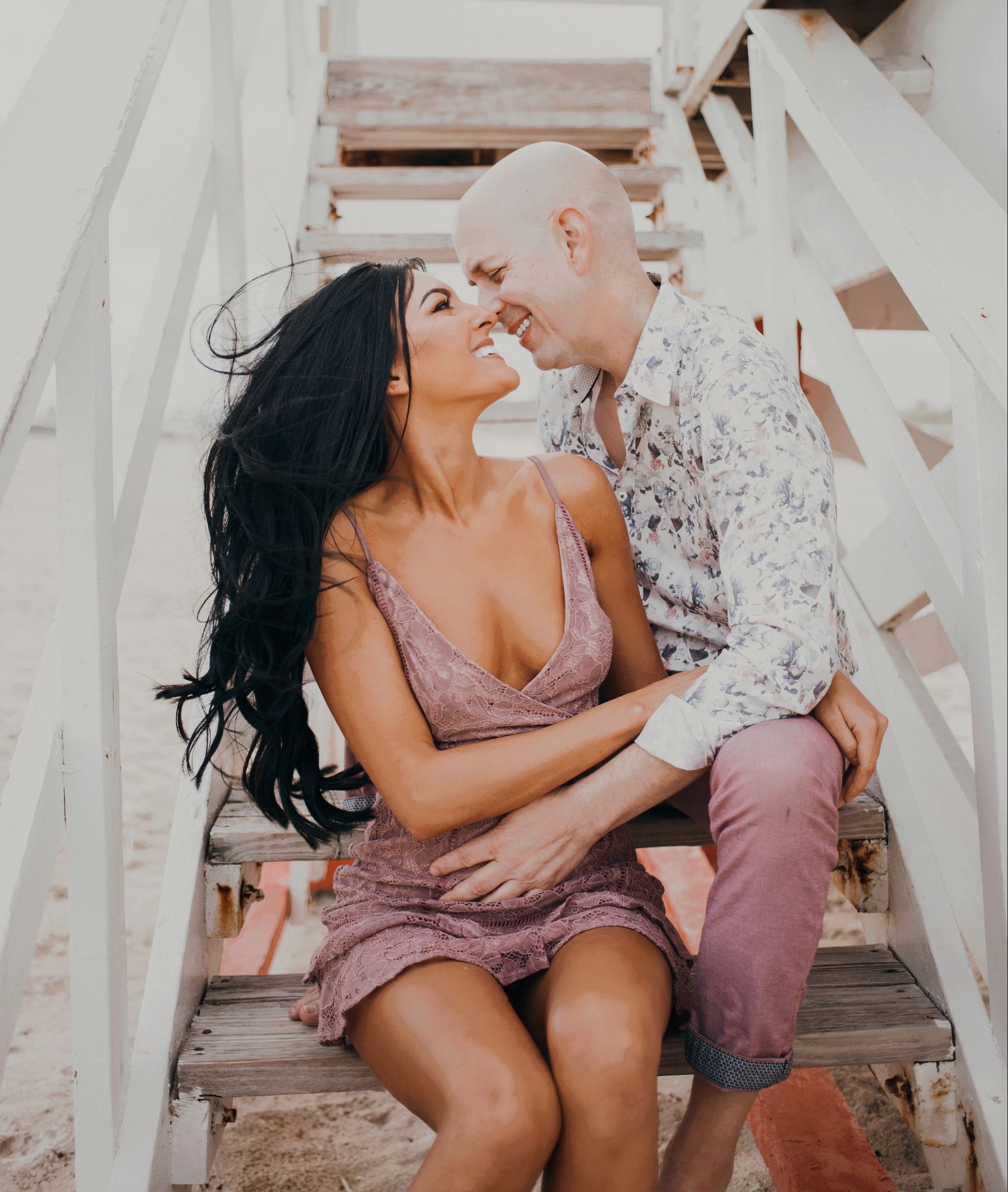 While Sarai’s parents, both 53 years old, were initially sceptical, they have since warmed to him as a friend.

Sarai said: “It was love at first sight for sure; an attraction arose within me that I didn't even know existed before Joel. It's hard to explain, but I was mesmerised.

“Initially from Joel's profile, I was attracted to the fact that he was passionate about the environment and people.

“When we first spoke by phone I was amazed by his articulation and poise.

“As early as April 2019, we both knew we were committed and not going to separate.” 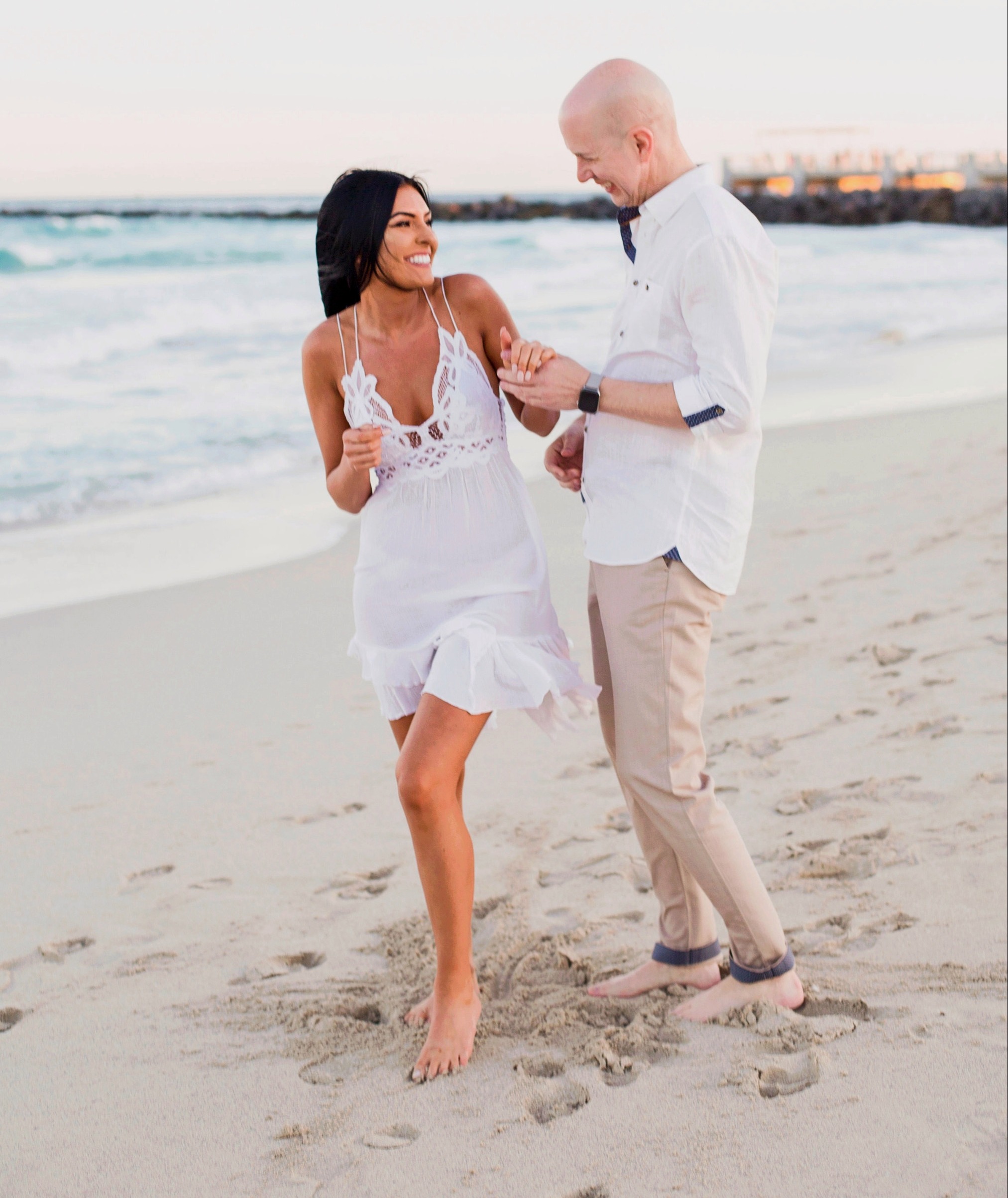 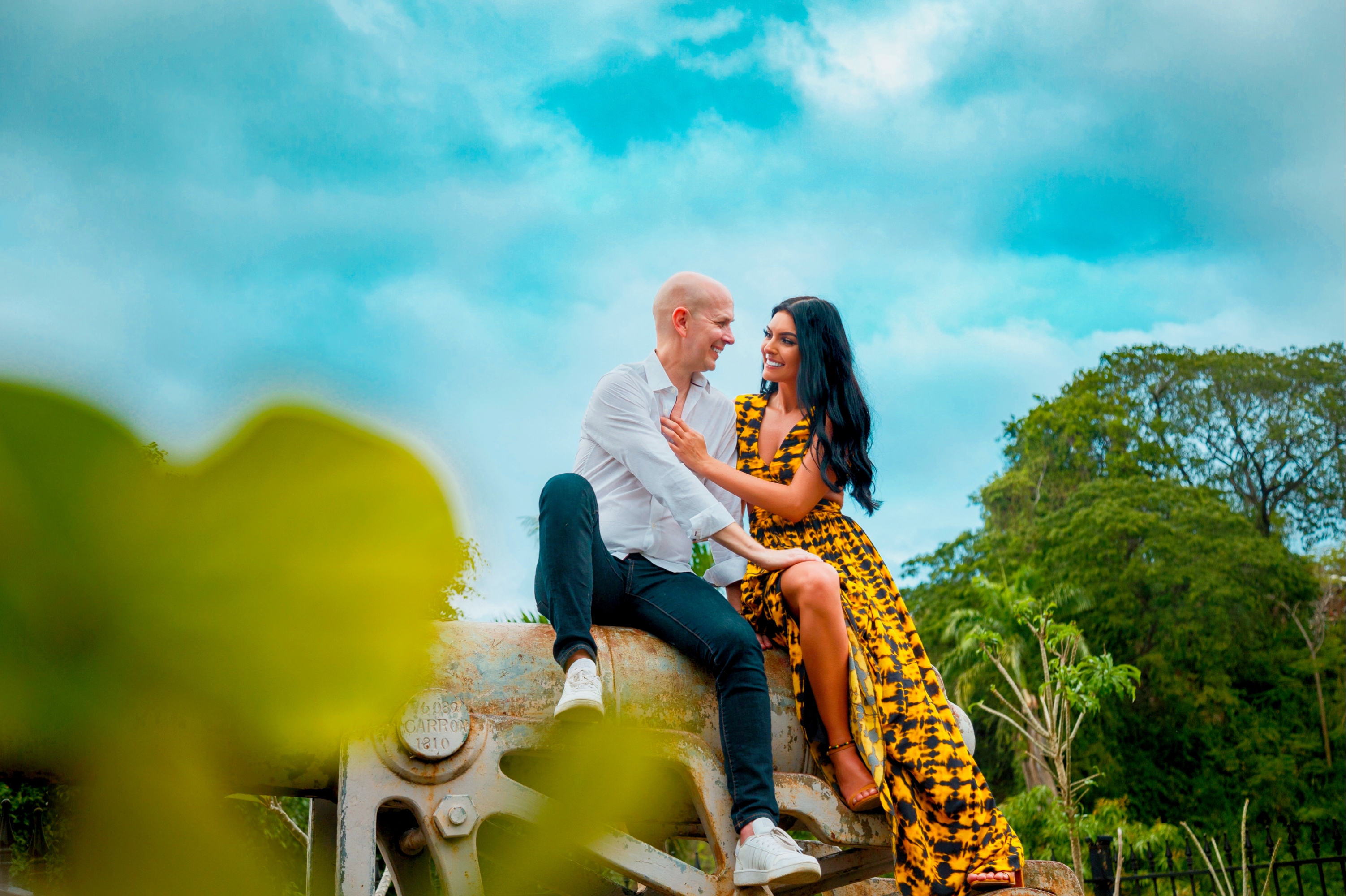 Sarai admits that people assume he pays her for sex, with one stranger who asked Joel where he ‘bought’ her from.

Despite the negative reaction from some strangers, they insist their love is strong and will last.

Sarai said: “It really shocked me when someone in the street asked Joel how much he paid for me. Someone else has asked where Joel bought me from.

“Sometimes when we go out, people ask if he kidnapped me. We have also had someone come up to us both and say, ‘please tell me you are father and daughter and not a couple’. 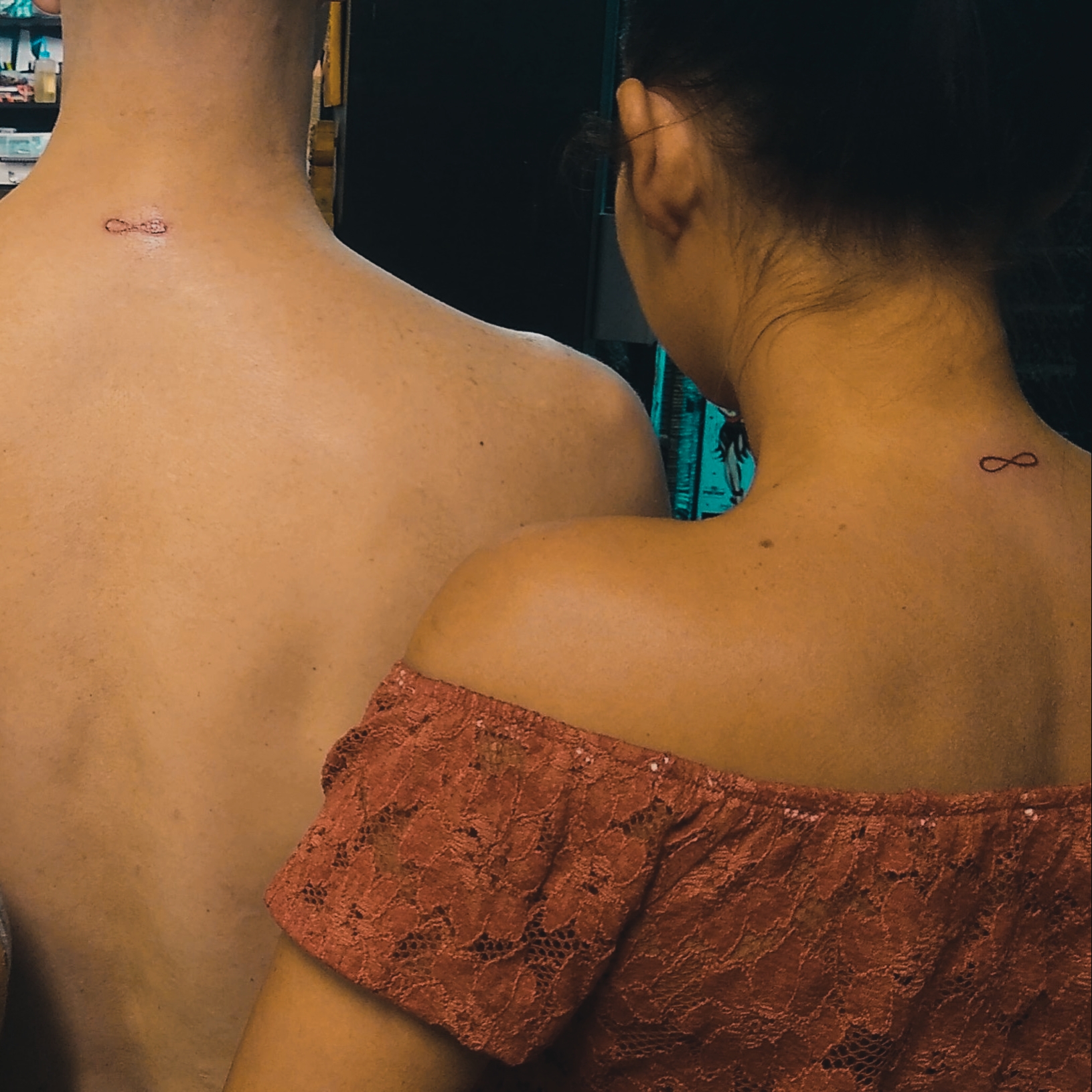 “One time when we went to the pharmacy to pick up medication, the pharmacist thought I was his child and gave me instructions for the medication.

“I have got messages on Instagram calling our relationship ‘predatory’. I have had a lot of comments calling me a sugar baby. I have had friends tell me I don't need to worry about money because I have a ‘sugar daddy’. The list goes on.”

Sarai defended her choice of a partner and said people need to “open their minds and expand their horizons."

She added: “You might miss out on the love of your life because of your own reservations and judgements. I'm glad I didn't.” 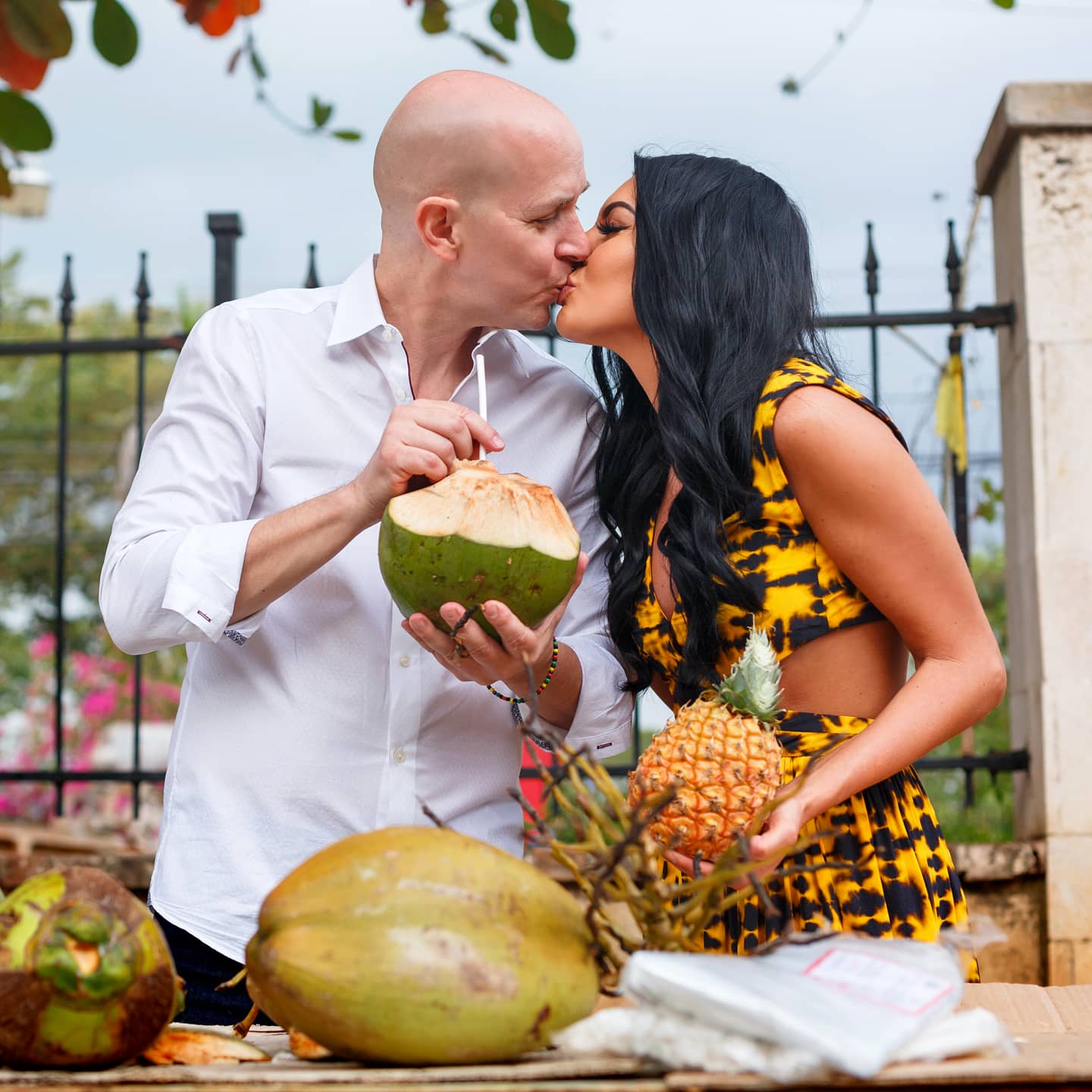 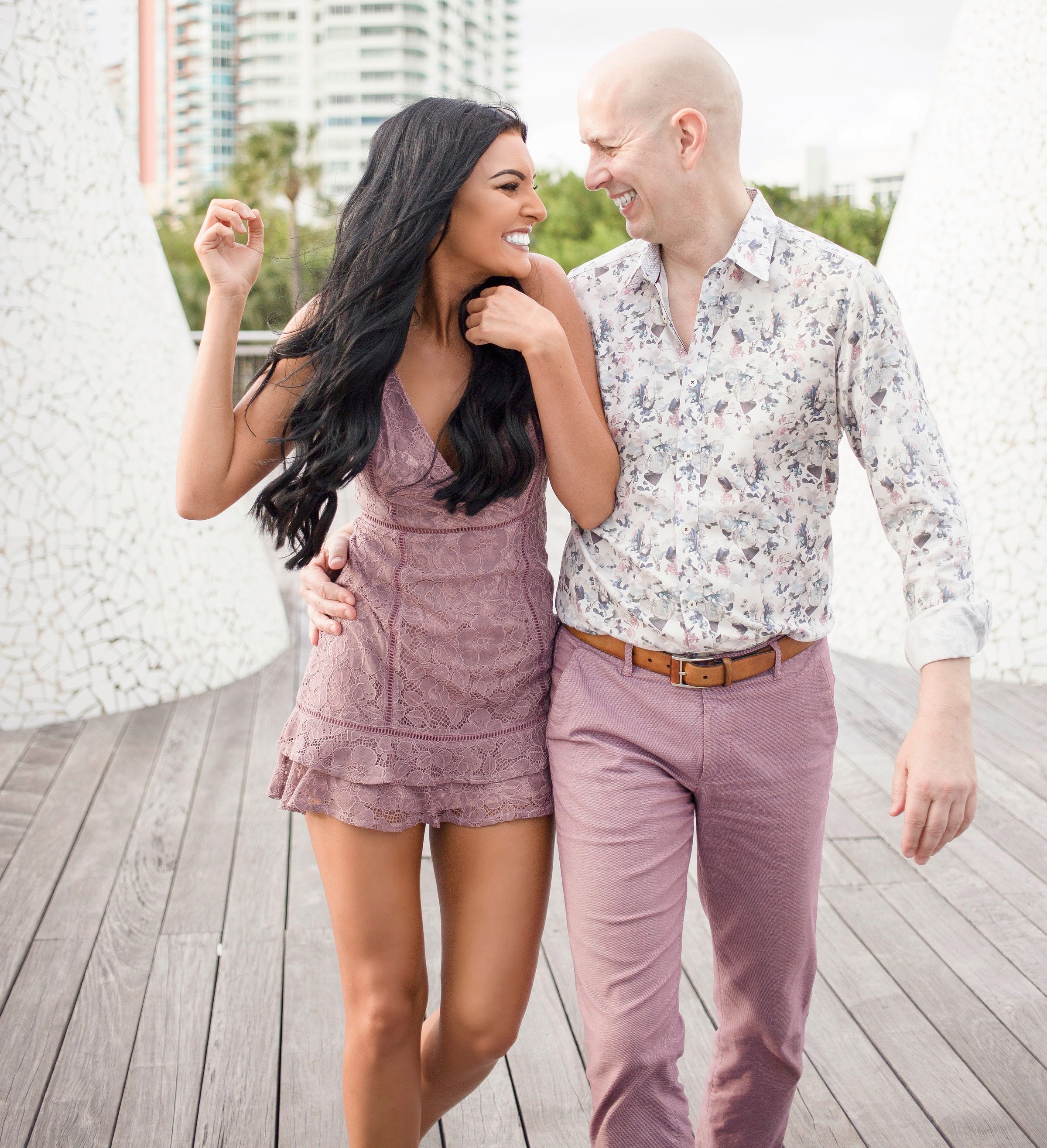 Joel admits that he didn’t expect their relationship to last due to their age gap, but has been pleasantly surprised by Sarai’s maturity and openness and says that older women tend to be more ‘rigid’ or ‘guarded’, whilst Sarai is a ‘breath of fresh air’.

Joel said: “I knew I loved her before I even met her, but man, my heart went crazy in that moment we met.

“I, of course, knew she was beautiful from her profile but it wasn't until we had our first conversation that I realised she was also emotionally intelligent beyond her years, energetic, adventurous, integrous, compassionate, funny, charming, youthful, fun, and sweet.

“Neither one of us wanted the first date to end. Sarai capped the evening off by saying that she wanted ‘one-hundred more of these dates’.” 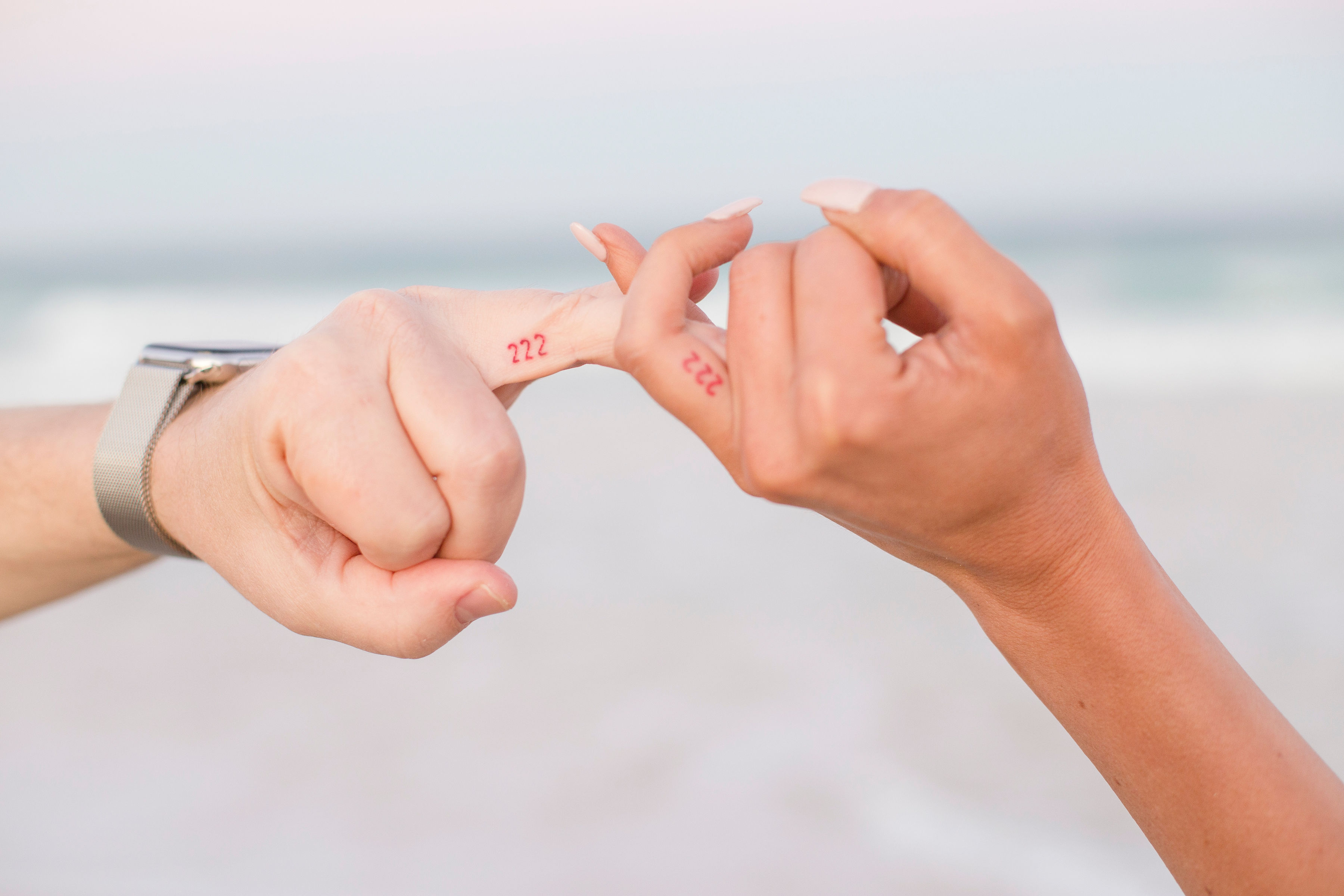 Joel admitted he was worried at first that Sarai might be immature based on her age and lack life and relationship experience.

He added: “I feared that this would just be a passing phase for her (being into older men) and that she might not have the durability to last in a relationship long term.

“However, I quickly realised that was not the case and that she was constantly growing and eager to better herself.

“I saw our age gap as being more beneficial when I realised that because of Sarai's younger age, she was completely open to personal growth and seeing and sharing the world through a completely new lens.

“This was a breath of fresh air, as opposed to older women who tended to be very rigid or guarded, in my experience, and it gave me an amazing appreciation for Sarai.” 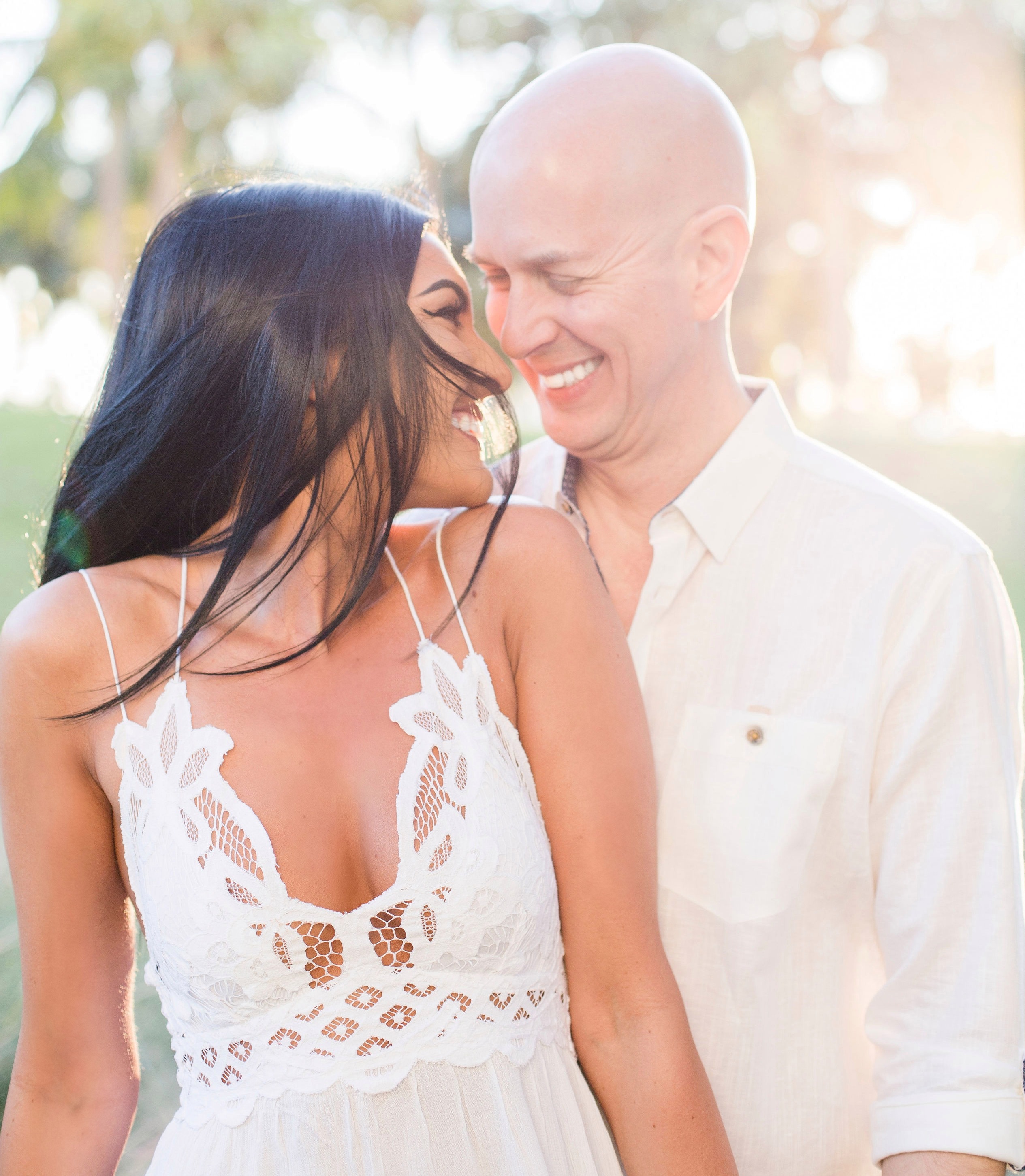 Joel said the greatest challenge for him has been that his conventional business environment doesn’t typically accept younger or diverse significant others.

He said: “My family comes from a conservative background and have their own expectations about what's right and wrong. With that being said, they did not immediately welcome Sarai warmly into the family.

“We are currently being patient and hoping that they see over time that our relationship, though alternative, is the healthiest and most passionate relationship I've ever experienced or could imagine.

“We hope to invite them into this beautiful love journey. We hope to prove to everyone just how deep love truly can transcend.”

Previously, a mum, 27, revealed the 26-year age gap between her and her fiancé – who is older than her parents – means he’s often mistaken for her dad.

And a student, 19, insists that ‘love has no age limit’ after falling for lover, 52… but her family have disowned her over the 33-year age gap.