LONDON — London label Charlotte Knowles quickly shot to fame for its lingerie-inspired pieces and flair for all things ’90s — which caught the eye of the Kardashians, the Hadids and some of Instagram’s most colorful personalities.

Now Knowles and her partner Alexandre Arsenault are ready to lean further into that early success with an ambitious rebrand, involving a new name — Knwls; new logo, and a broader range of categories and silhouettes.

“We went into it so fast, without taking time to design the brand itself. We had a theoretical plan of what we wanted, but we never had plans to grow that big and that fast,” Knowles, who founded the label with Arsenault fresh out of university in 2017, said in a Zoom interview.

The enforced pause of the pandemic gave the duo the time to take stock and re-strategize.

“If this was going to be our first step toward going back [into the world], we thought, ‘Let’s push it, let’s fill up the wardrobe.’ We don’t want to be pigeonholed into doing just underwear or corsets, we want to expand and just feel approachable to everyone,” said the duo.

They said there are no plans to wipe away their signature aesthetic; they just want to apply it to new products.

“There is something quite Instagrammable about the brand and we really saw a boom during lockdown: People were not going outside but still wanted to show off through Instagram. They started buying things they could wear inside and take pictures in,” said Arsenault, adding that celebrity support of the brand has only increased during the pandemic.

“More and more celebrities just go and buy our product. I think they understand how valuable it is to support young designers. I mean, when Kim or Kylie wear anything, people are desperate for it. It’s kind of crazy the influence they have,” said Knowles.

For fall, the celebrities’ favorite sheer leggings and body-hugging silhouettes will still be on offer, but the range has also evolved to include sleek suede tailoring, some standout shearling-trimmed leather outerwear, baguette bags, some slightly looser dress silhouettes and a softer iteration of the brand’s signature corset, done in shearling.

“It’s important for us to create a brand that is about the design language and not about a specific print or product,” said Arsenault. 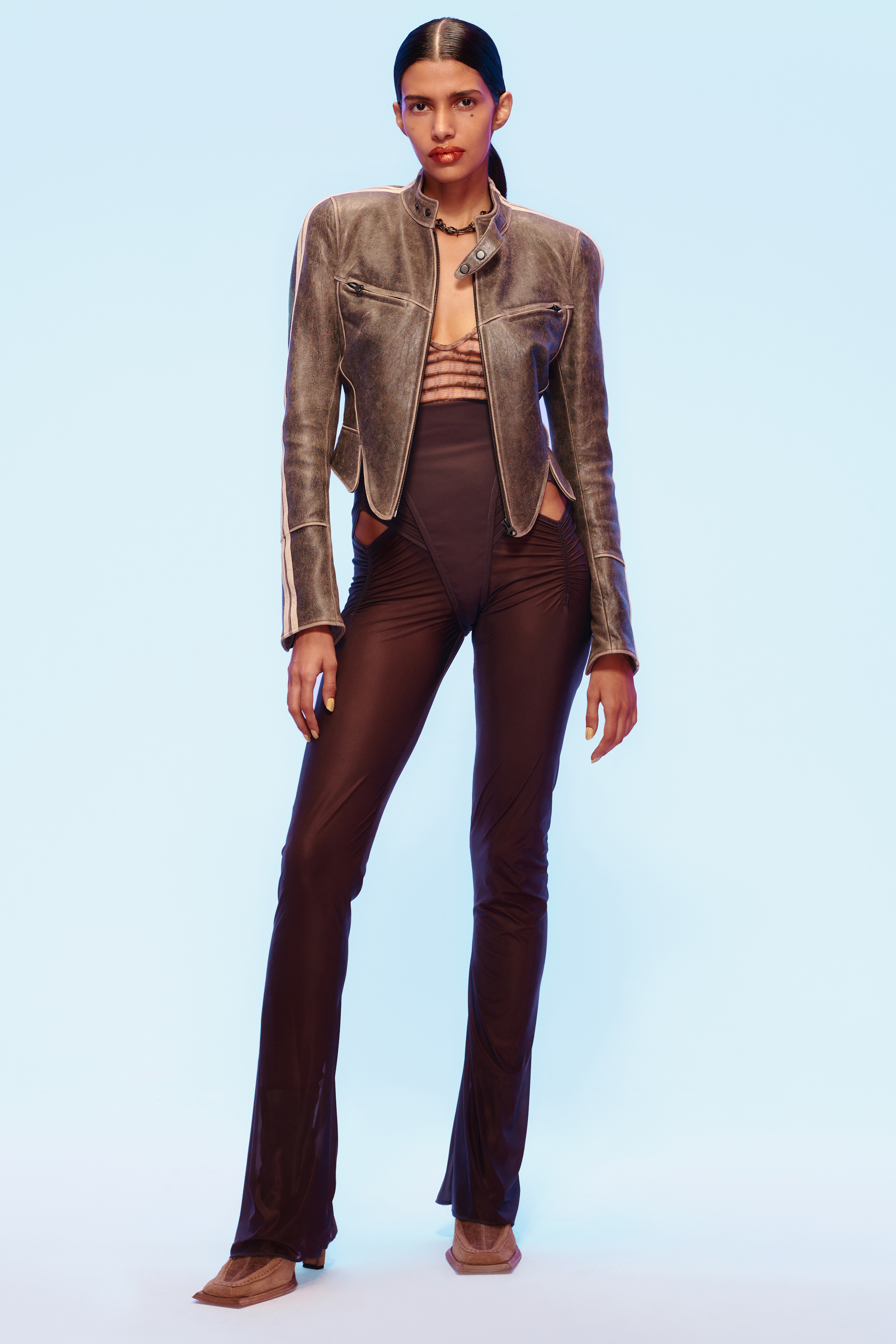 The name change is also a significant shift for the duo, as it signifies their overall design ethos, which is all about highlighting their work as part of a collective, studio-wide effort rather than the result of one designer’s vision.

“I think the industry still feeds a lot on the concept of the superstar designer and pushing a person into the spotlight, when actually maybe that person doesn’t do as much as you think they do. People think about the genius designer, but the reality of many fashion brands is that it’s a lot of people coming together to create something,” said Arsenault, adding that they also considered potential trademark issues in the U.S., a key market, if they continued with the brand’s old name.

“What’s great about Knwls, is that it doesn’t try to put a face to the brand. It’s a bit more cryptic and all-encompassing of everything that we do as a group. “

Like most brands navigating this digitally-driven new landscape, engaging their strong social media community and growing their own e-commerce channel is a major focus. But the brand isn’t stepping away from wholesale either, with key partners like Ssence seeing strong sales throughout last year’s lockdown and new partnerships with the likes of Browns also slated to launch later this year.

“They create content and connections that we couldn’t necessarily create ourselves. We would have to spend so much money to do what they do for us basically,” said Arsenault.

Despite the general industry sentiment against the wholesale model, Arsenault said that close retail partnerships are still pivotal for young brands like theirs and the company plans to continue to pursue them — starting with a soon-to-launch Ssence exclusive swimwear capsule created in collaboration with photographer Harley Weir and aiming to make an environmental statement.

“We found this supplier doing recycled polyester made from ocean plastic and we thought how funny if we did a plastic trash print, from Harley’s rubbish series, on swimwear — because they always end up in the ocean anyway,” said Arsenault. 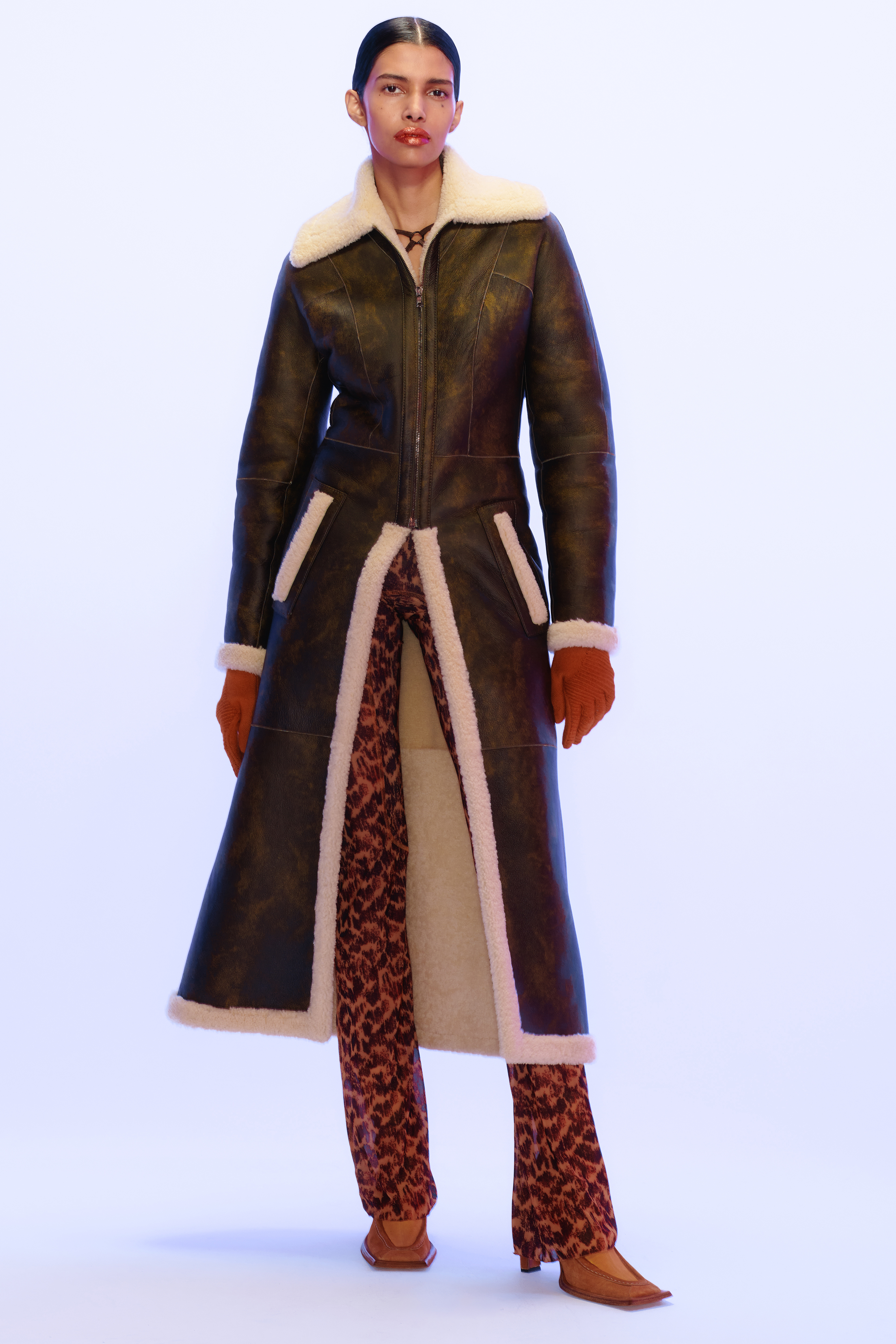